August 2016: After More Than 50 Years, Peace Agreement in Columbia

After More Than 50 Years, Peace Agreement in Columbia 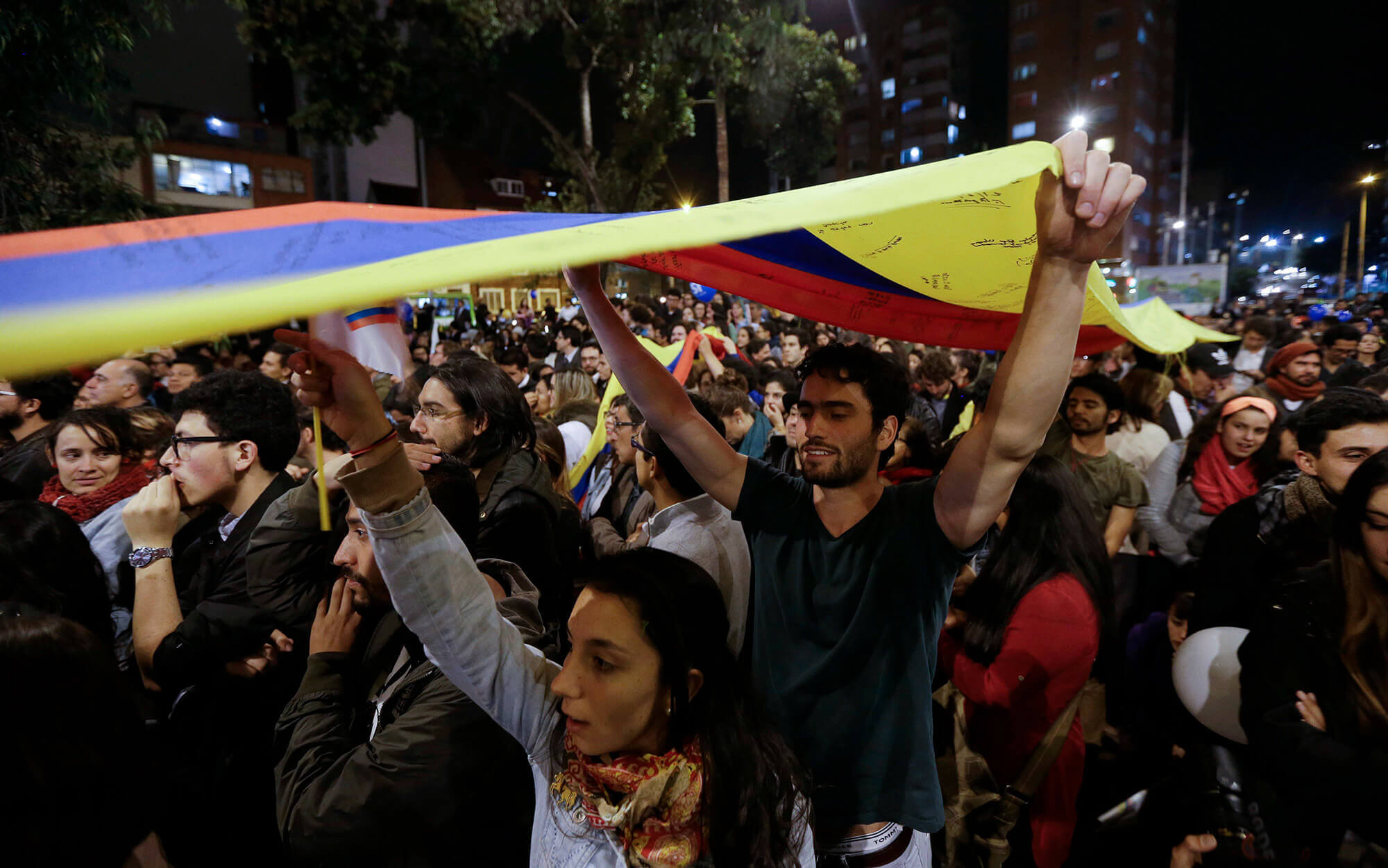 On August 24, 2016, Colombia and the leftist rebel group, the Revolutionary Armed Forces of Colombia (FARC), make a peace deal to end a fifty-year conflict. President Juan Manuel Santos speaks to hundreds of people at a plaza in Colombia's capital where people are dressed in white to symbolize peace, many holding candles. Negotiators worked endlessly to make sure all sides of the deal were being handled and FARC was satisfied with the deal. Former rebels will have a minimum of ten seats in the congress for two years. The accord that the President will sign will make Colombia's government focus on land reform, anti-narcotics strategies, and increasing the state's presence in neglected areas. In order for this deal to become permanent, the Colombian residents need to vote on it in a referendum to be held in October.
Photo source: AP Photo/Fernando Vergara