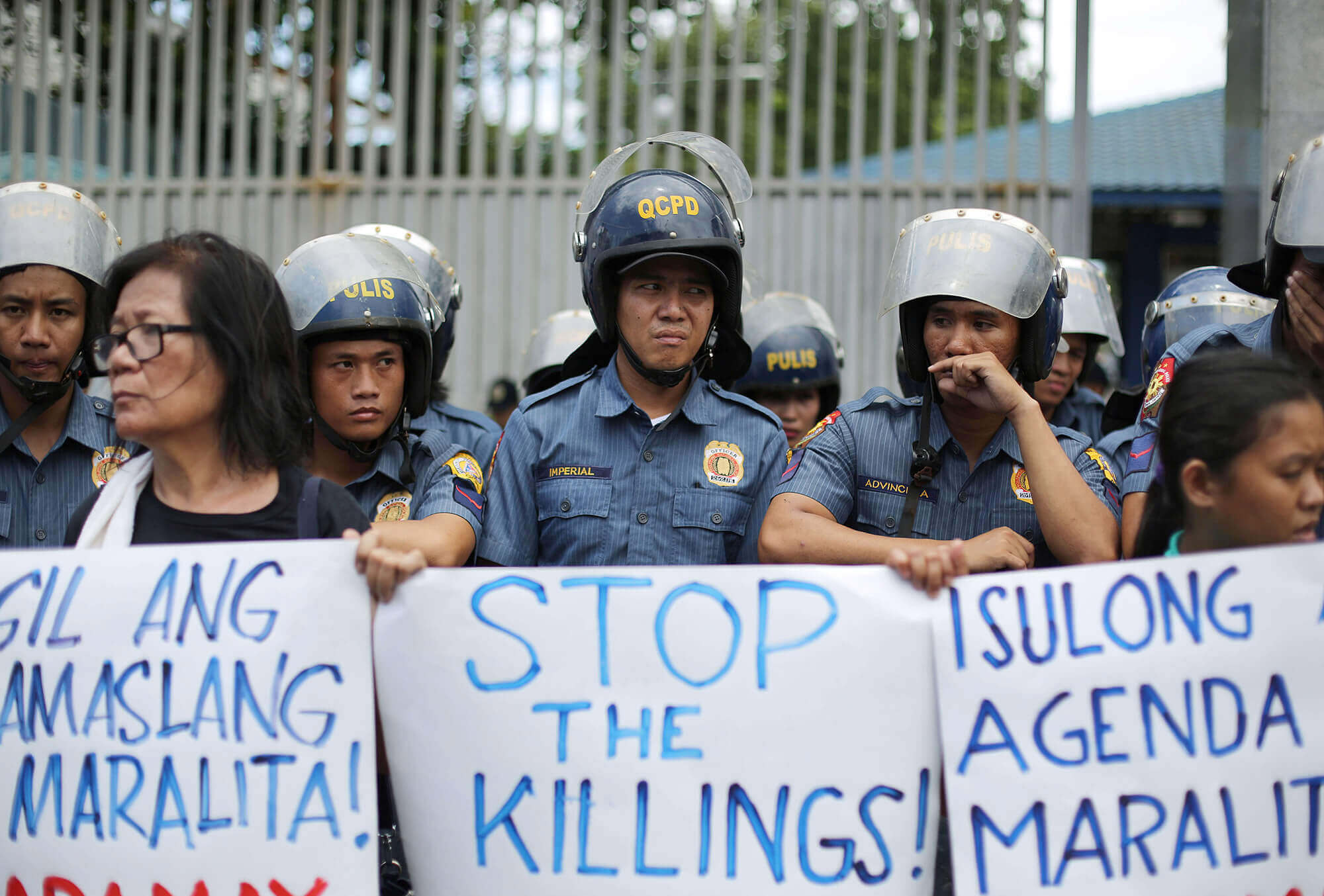 On August 23, 2016, it is reported that there are more than 1,900 deaths in the Philippines due to extrajudicial killings of drug peddlers, traffickers, criminals, and addicts. These deaths are a direct result of President Rodrigo Duterte's encouragement of vigilante-style justice. President Duterte entered office seven weeks ago and made a commitment to eradicate crime in the country that has a long history of drug-related violence; his actions as president are attracting a lot of attention from the United Nations and Human Rights Watch as the country devolves into violence. The president enjoys a high approval rating from the citizens of the Philippines.
Photo source: AP Photo/Aaron Favila