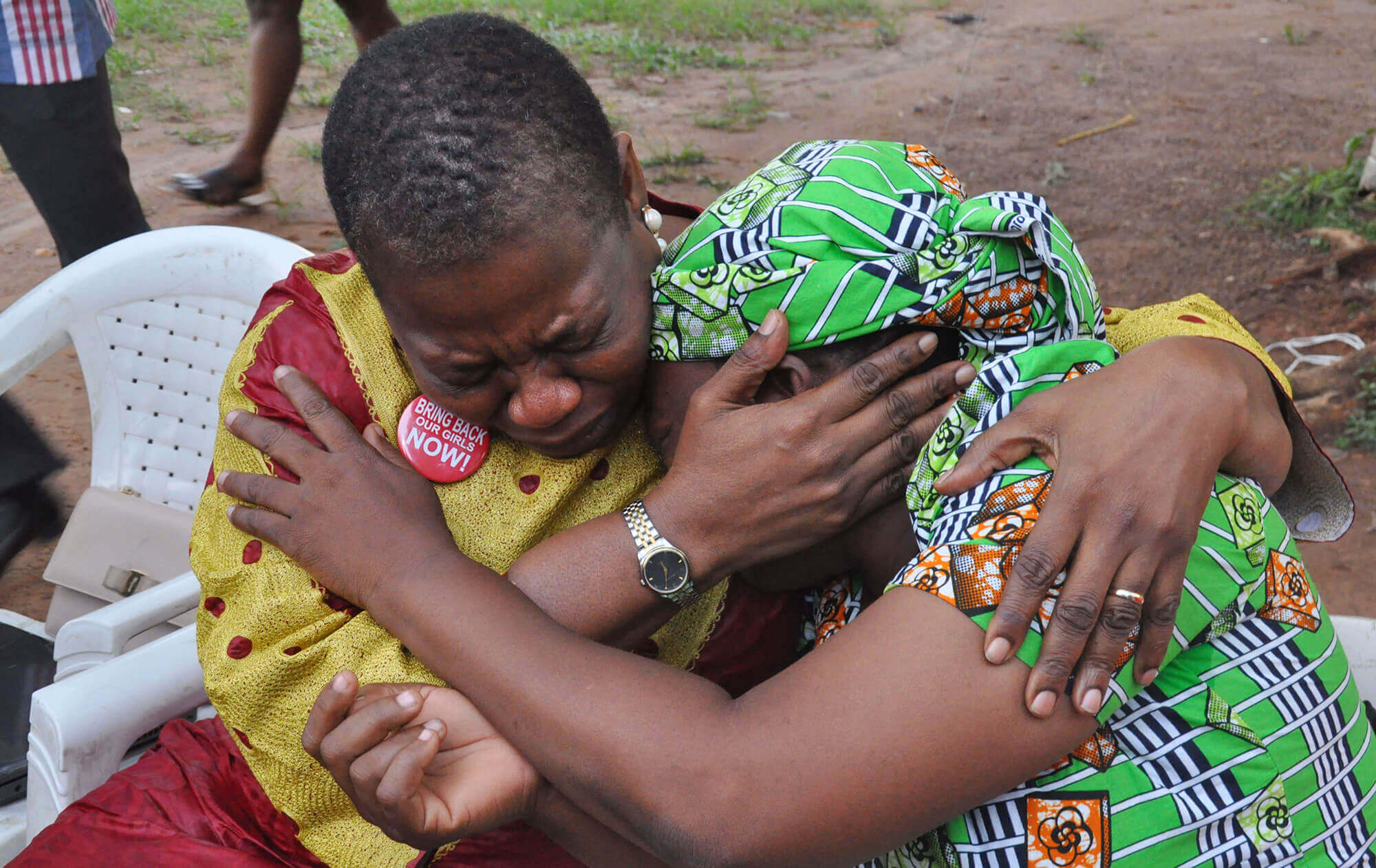 On August 2, 2016, Boko Haram, made up of jihadists of the West Africa Province of the Islamic State, announces a new leader, Abu Musab al-Barnawi, signalling a split of the group into those that recognize al-Barnawi as wali/governor and those that recognize Abubakar Shekau. Al-Barnawi says he will focus on the killing of Christians, leaving Muslims alone. Shekau responds to this by calling Abu Musab al-Barnawi an infidel. Then on August 14, 2016, Boko Haram releases a video showing an unidentified soldier and many of the Nigerian girls that were kidnapped over two years ago. In the video, the soldier says that the airstrikes led by the Nigerian government has killed many of the kidnapped girls. After showing this, the soldier demanded the release of many imprisoned militants in exchange for the Nigerian girls who are still alive.
Photo source: AP Photo/Olamikan Gbemiga