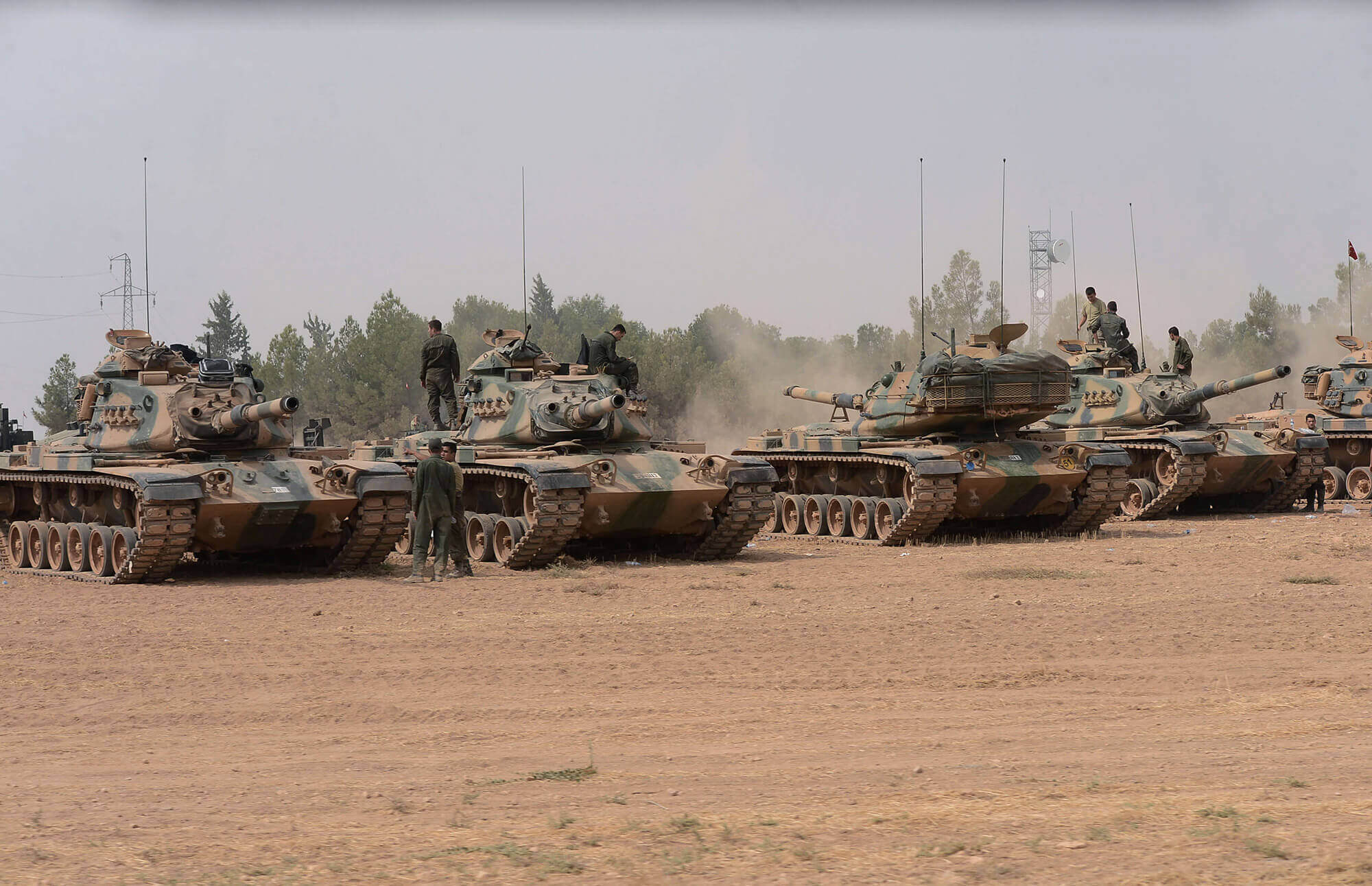 On August 24, 2016, Turkey sends tanks, warplanes, and other military forces into Syria to push the Islamic State (IS) out of Jarabulus, a city on the border of Turkey and Syria. These actions plant Turkey squarely in the midst of Syria's civil war. While eradication of the Islamic State has brought the Turks and the Syrian Kurds together, the situation in Syria is far from simple. Russia, Turkey, Kurds, the U.S.—who backs both Turkey and the Kurds—all have interests there. For now, Turkey's minister of foreign affairs, Mevlut Cavusoglu warns the Kurds to remain on the east of the Euphrates River to avoid conflict. U.S. Vice President Joseph Biden warns the Kurds if it shows Turkey any force, it will lose American support.
Photo source: Ismail Coskun/IHA via AP