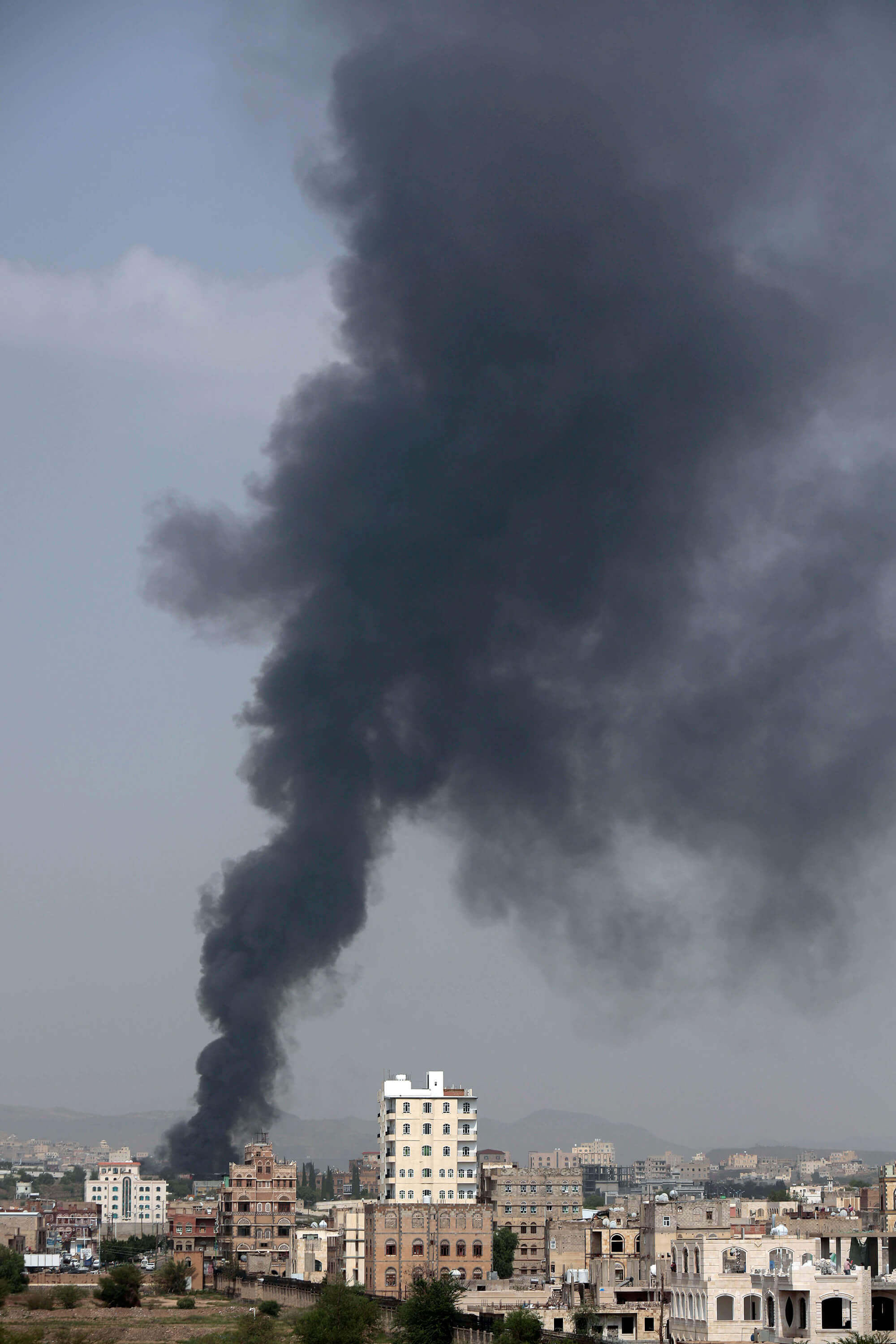 On August 15, 2016, a bomb hits a hospital in the Abs district of northwest Yemen killing 11 and injuring 19. The airstrike was led by a Saudi coalition and is the fourth attack on a Médecins Sans Frontières (MSF) building in 12 months. Last week similar airstrikes occurred in Yemen, hitting both a school and a food factory. An MSF worker placed in Yemen stated, "Once again, today we witness the tragic consequences of the bombing of a hospital. Once again, a fully functional hospital full of patients and MSF national and international staff members, was bombed in a war that has shown no respect for medical facilities or patients."
Photo source: AP Photo/Hani Mohammed