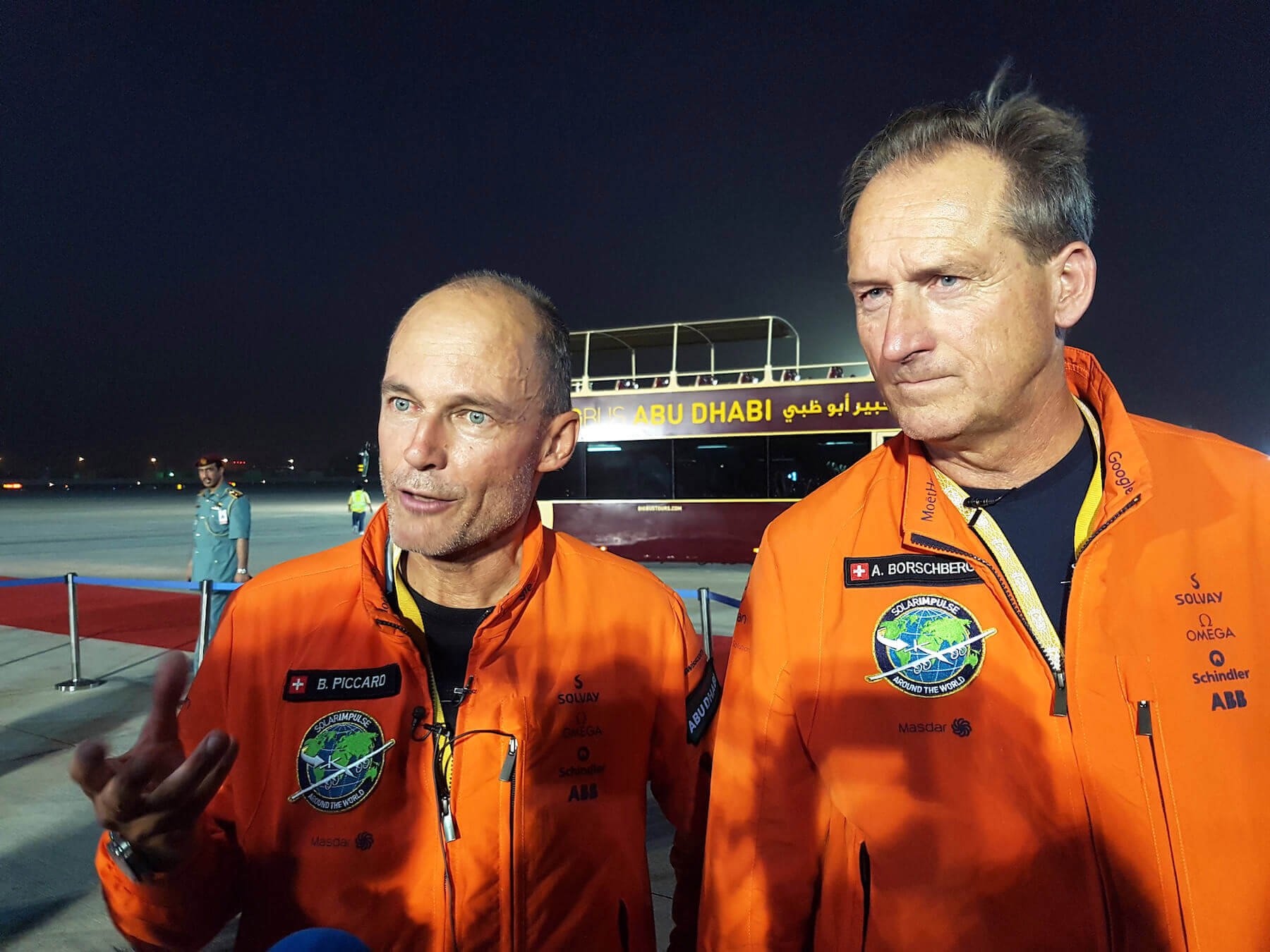 On July 26, 2016, the world's first solar-powered plane to travel around the world, the Solar Impulse 2, makes history as it lands in Abu Dhabi. The plane took off March 2015 and has been travelling ever since, making stops in Oman, India, Myanmar, China, Japan, the United States, Spain, Italy, Egypt, and the United Arab Emirates. The plane is powered by the sun, the wings soaking up the energy during the day. That energy is directed into four electric motors. The Swiss engineers hope that this technology will stretch the boundaries of travel. One of the pilots told the New York Times, "By flying around the world thanks to renewable energy and clean technologies, we have demonstrated that we can now make our world more energy efficient."
Photo source: AP Photo/Aya Batrawy