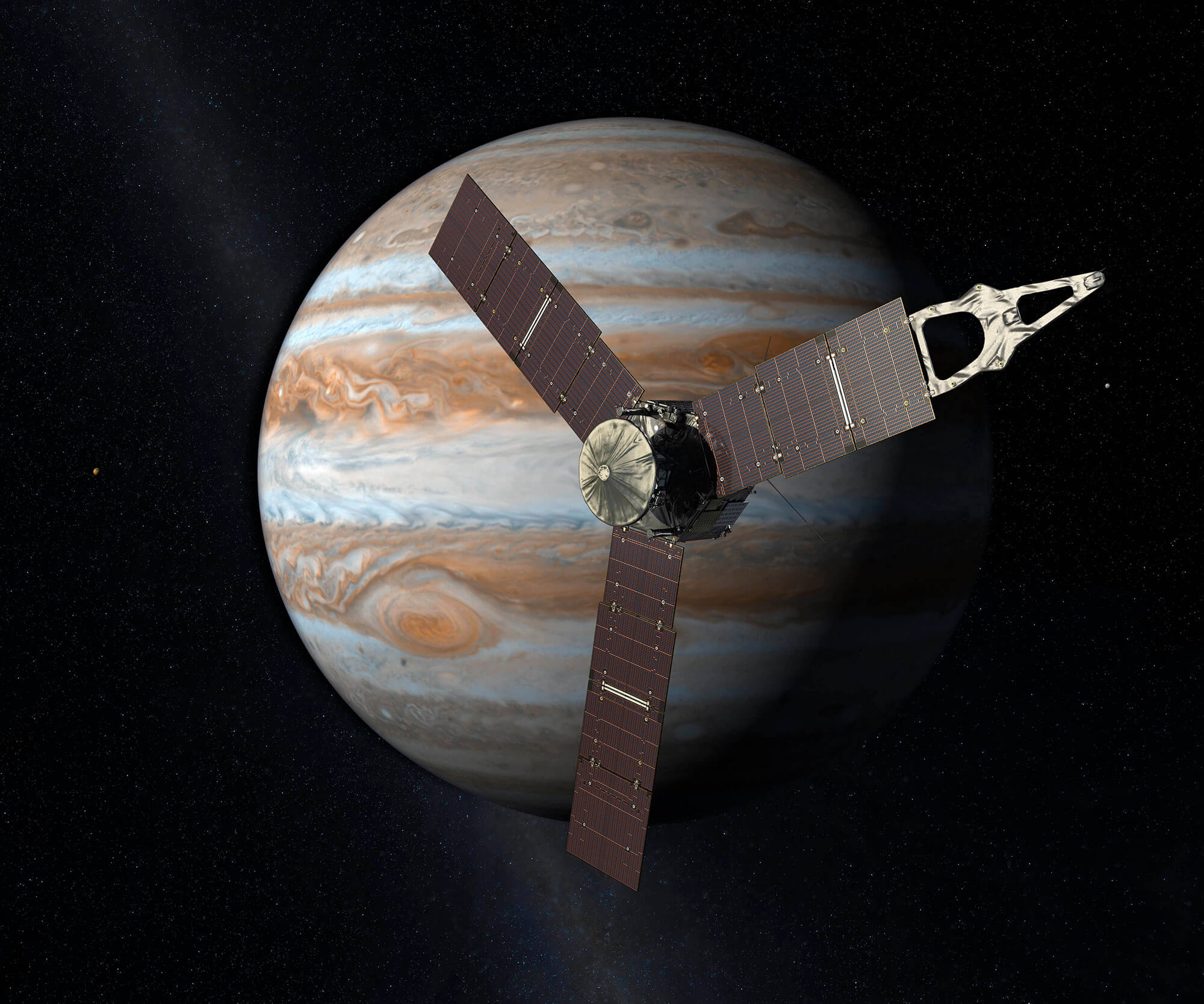 After a five-year journey, the spacecraft Juno reaches Jupiter on July 4, 2016, ready to orbit the massive planet. Juno is expected to orbit Jupiter more than 30 times in the next two years, taking in video, images, and data to help NASA understand the largest planet in our solar system. The last spacecraft that entered Jupiter's orbit was named Galileo, which mostly took in information about Jupiter's 12 moons. Juno has new technology that will allow it to see through the extensive clouds that surround Jupiter and see what is going on on the surface of the planet. Juno is flying at 130,000 miles per hour and has the ability to withstand Jupiter's intense radiation. The principal investigator working on the Juno project said to the New York Times, "This is the hardest thing NASA has ever done."
Photo source: NASA/JPL-Caltech via AP