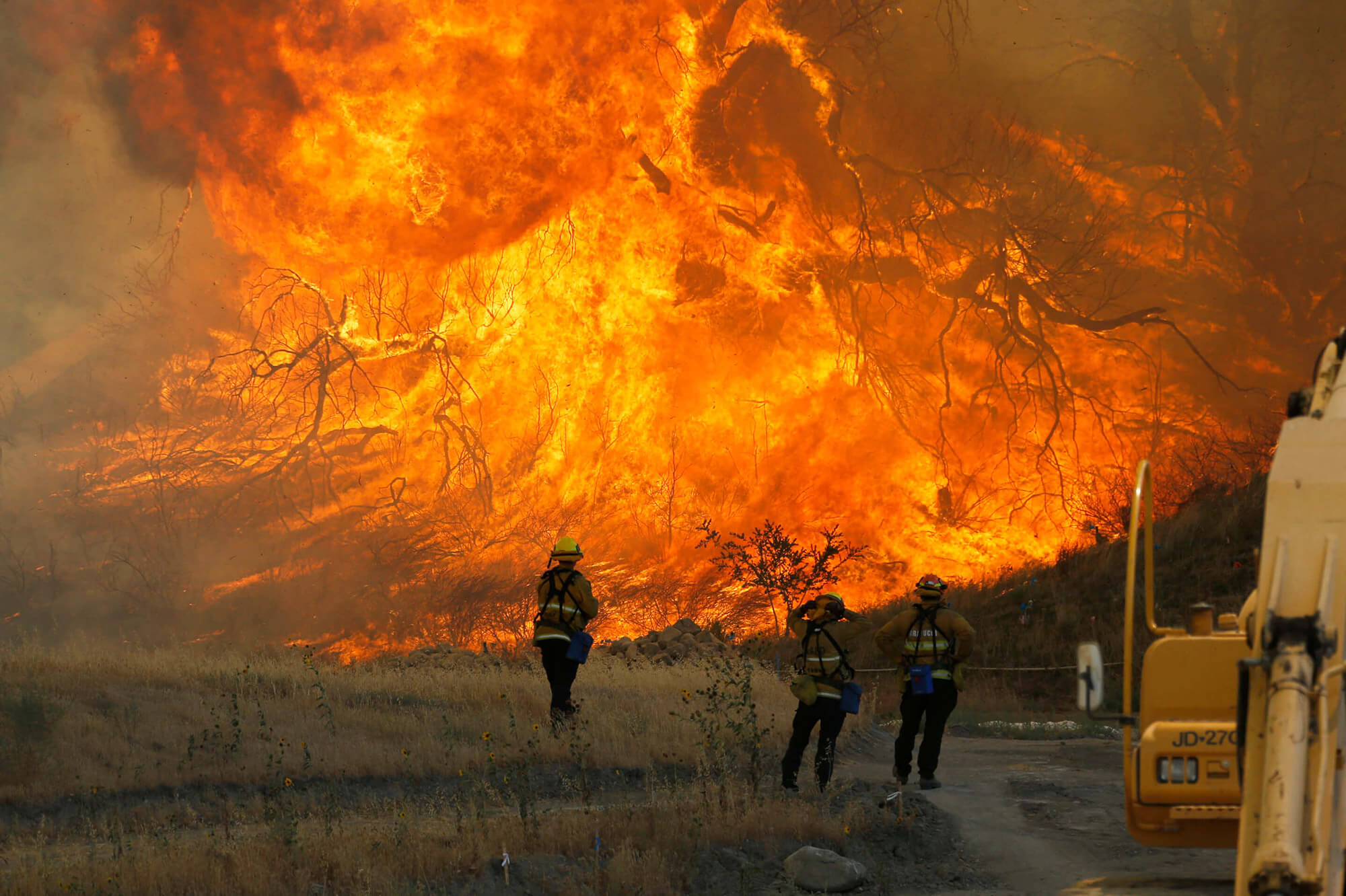 The Sand and Soberanes fires rage throughout Southern and Central California during the week of July 25, 2016. The Sand fire in Southern California is only 25% contained and has so far burned more than 38,000 acres of the Santa Clarita valley area. Twenty homes are consumed, and 20,000 people are evacuated from the area. In Monterey county, the Soberanes fire forces the closure of all state parks from Point Lobos State Natural Reserve to Julia Pfeiffer Burns State Park and is currently only 10% contained. Two deaths are attributed to the fires so far. The wildfires are caused by exceedingly high temperatures and a 5-year drought.
Photo source: AP Photo/Nick Ut