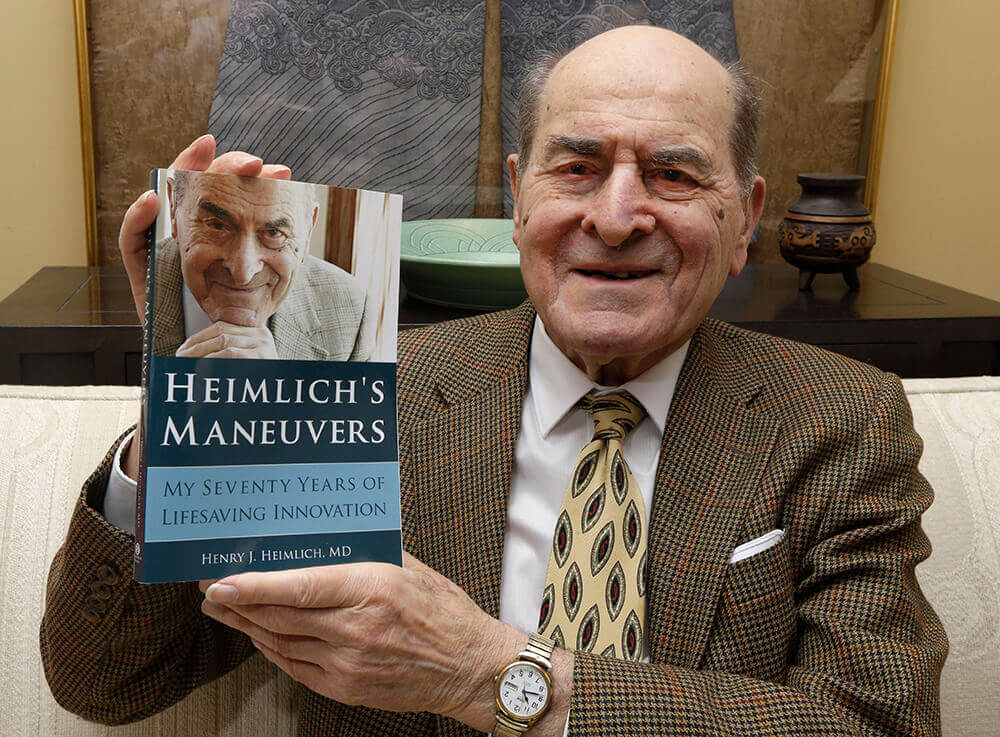 Henry Heimlich, the man who invented the Heimlich Maneuver, dies on Dec. 17, 2016, at the age of 96 from a heart attack. Before he popularized the life-saving technique, choking was a serious cause of death all over the world; since 1974, the Heimlich Manuever is credited with saving over 50,000 lives--including one performed by the man himself just this year. Heimlich explains in his memoir, "There's been a lot of attention paid to the Heimlich maneuver because it's so effective, but what I think makes it truly innovative is the fact that it's accessible to everyone. Anyone can save the life of a choking perso—even a child can perform the Heimlich maneuver."
Photo source: AP Photo/Al Behrman