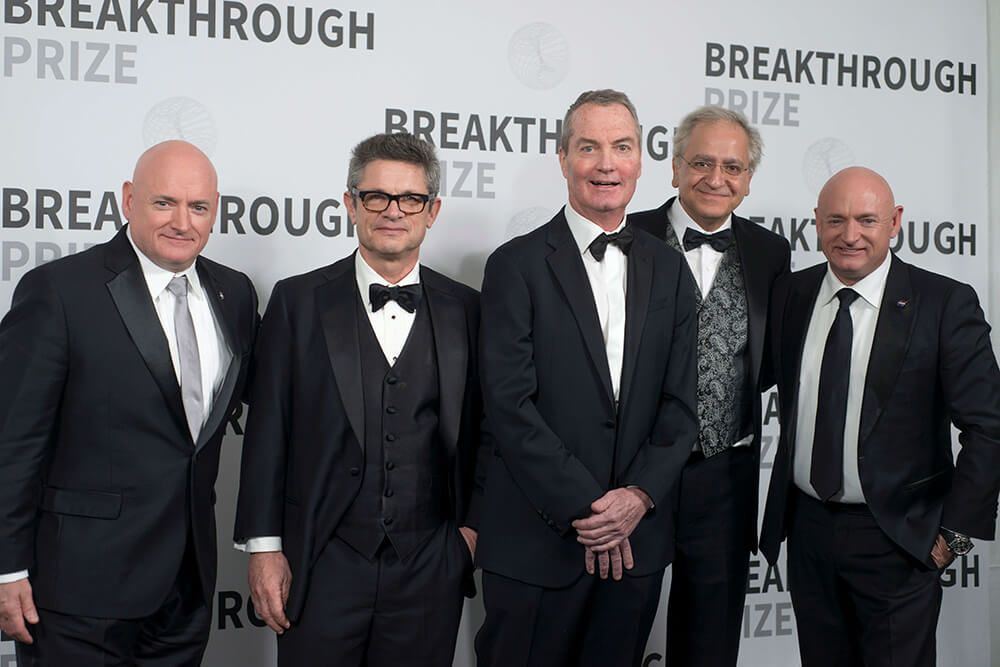 On Dec. 4, 2016, 12 members of the science community win the Breakthrough Prize, earning a whopping $3 million each (compared to the $1 million prize for a Nobel). The Breakthrough was created in 2012 by Dr. Yuri Milner, scientist-turned-businessman. Milner wanted to create an award that was like the Nobel Prize but bigger and flashier—he calls the award the "Oscars of science." Anyone can contribute to the award money; this year's awards are partially funded by Mark Zuckerberg, of Facebook, and Anne Wojcicki, the head of 23andMe, a personal genomics company. Milner's goal is to make scientists celebrities because, "For better or worse, we are living in a world of celebrity. Intellectual achievement gets less and less recognition in the eyes of the public." He is hoping these high money awards will grab the world's attention when the event is aired from NASA's Ames Research Centre, in Mountain View, California.
Photo source: Peter Barreras/Invision/AP