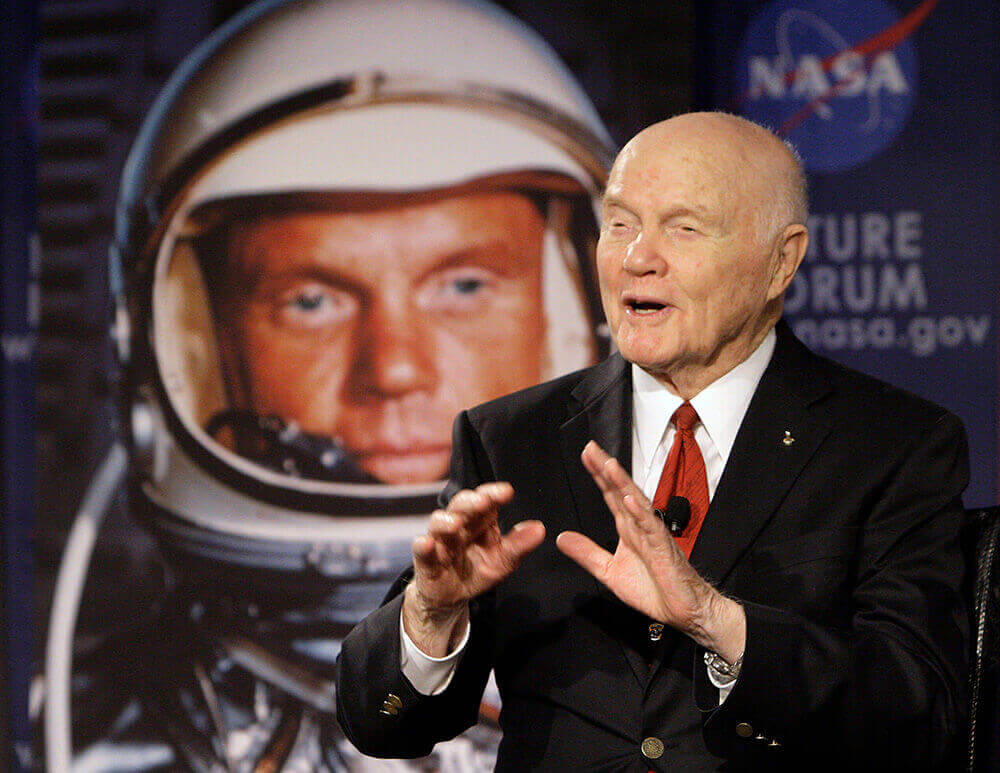 On Dec. 8, 2016, the American legend, John Glenn, dies at the age of 95 in Columbus, Ohio. Already a decorated war hero, Glenn became the first American to orbit the Earth in 1962, making him an icon in not just the space industry, but in popular culture. He was an astronaut that lifted the morale of the American people; when the country thought the Soviets were winning the space race, Glenn was there to give them hope. Glenn then went on to a successful political career as a senator for over 24 years. By all accounts a humble man, Glenn never wanted to talk about himself as a hero. In an interview he stated, "I figure I'm the same person who grew up in New Concord, Ohio, and went off through the years to participate in a lot of events of importance."
Photo source: AP Photo/Jay LaPrete, File