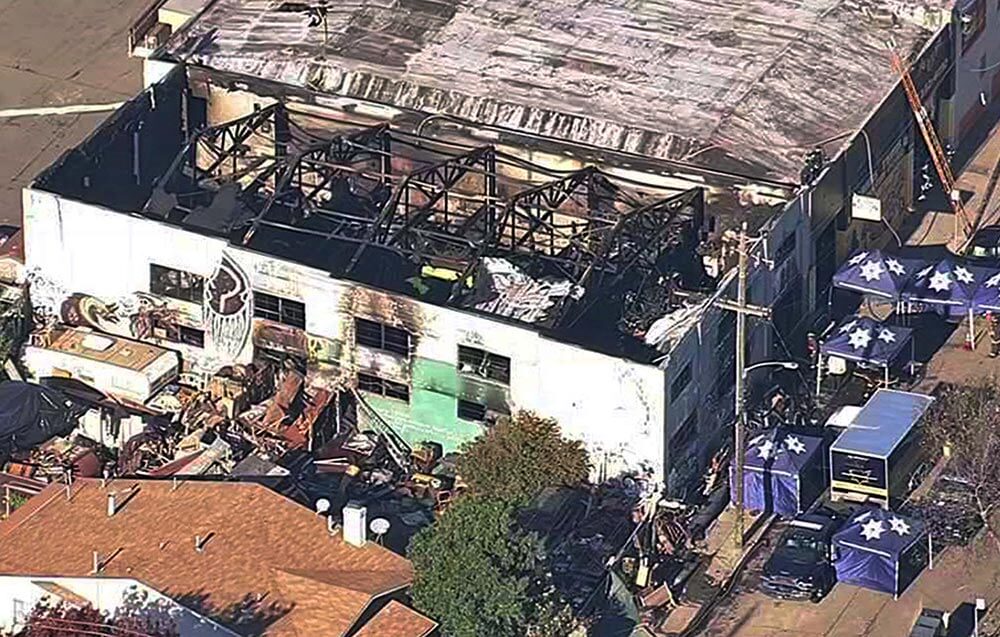 On Dec. 3, 2016, at least 36 people die in a warehouse fire in Oakland, California. The warehouse is known as "Ghost Ship" and often has illegal residents living in cramped quarters on the first floor and hosts concerts on the second floor. On Dec. 3, it was a concert that brought over 100 people to the warehouse, packing it way over capacity. The authorities say the cause of the fire is unknown but a criminal investigation has been opened. Police are asking family members of possible victims to supply DNA samples as they move slowly through the building to find bodies.
Photo source: KGO-TV via AP