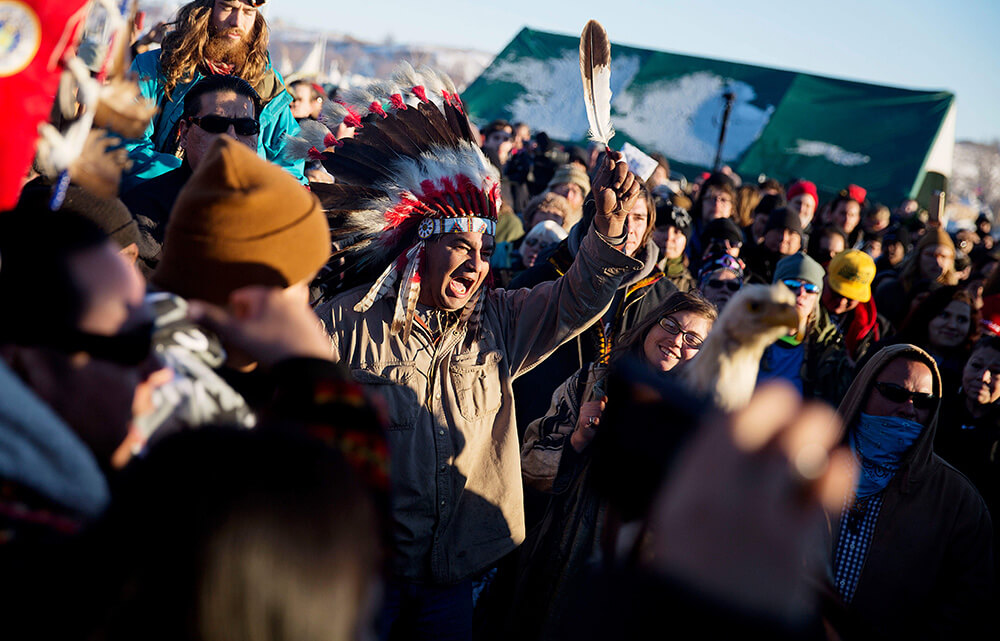 On Dec. 4, 2016, the Department of the Army announces that they will not grant an easement that would allow the Dakota Access Pipeline to run underneath Lake Oahe in North Dakota. They plan to explore other routes for the 1,172 mile pipeline. This outcome is welcomed by the Standing Rock Sioux Tribe, whose reservation is just south of the intended pipeline. The tribe have concerns over the safety of the pipeline and how it might affect their water supply and their treaty rights. This is a victory for the environmentalists, the tribe members, and other concerned citizens who have been protesting the pipeline for months.
Photo source: AP Photo/David Goldman