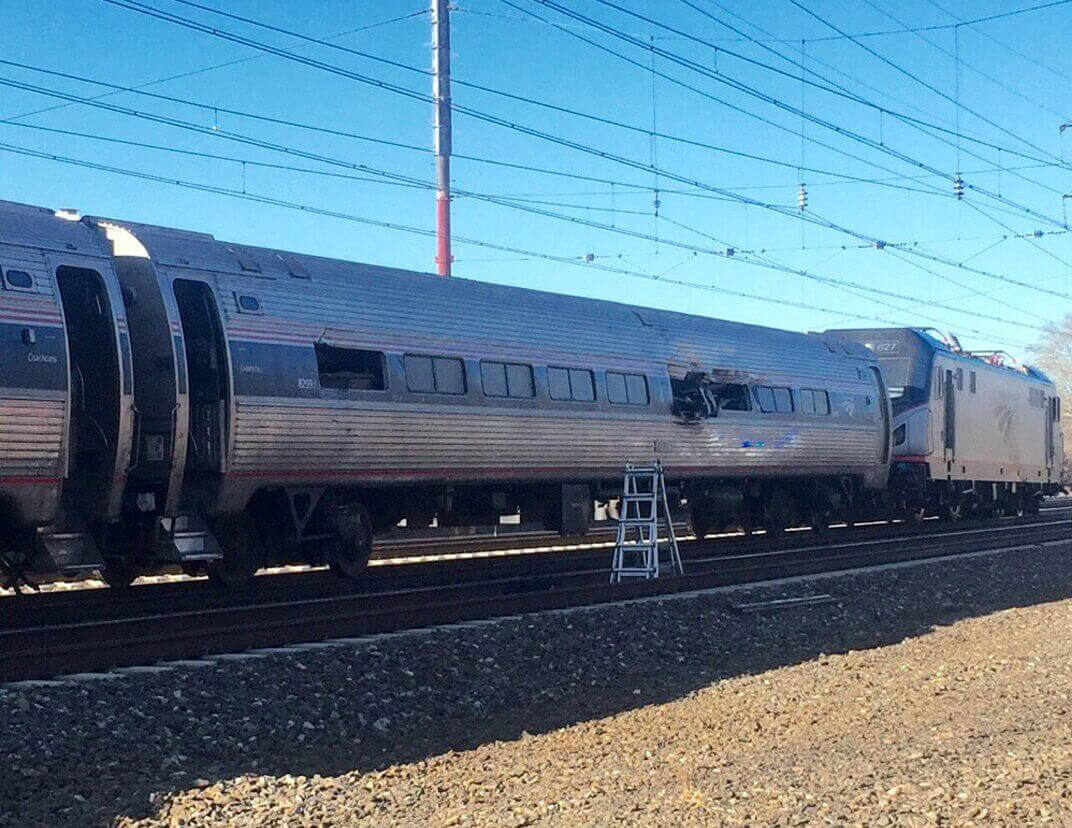 Amtrak investigators inspect a deadly train crash in Chester, Penn., Sunday, April 3, 2016. Amtrak said the train was heading from New York to Savannah, Ga., when it struck a backhoe outside of Philadelphia, causing a derailment. Two workers were killed, and 35 others were injured.
Photo source: Glenn R. Hills Jr. via AP