The City of New York is the largest city in the United States, and home to many of the country's most famous and recognizable landmarks. Follow this slideshow to learn more. 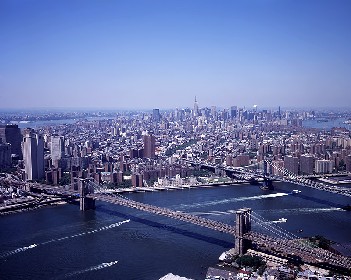 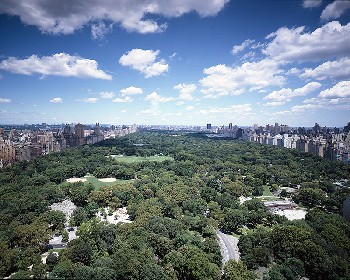 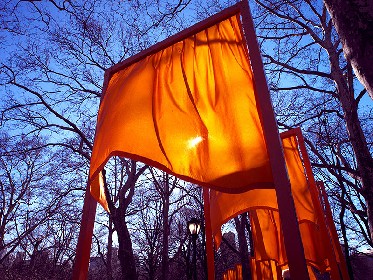 Central Park hosts many events. This image shows an exhibit from 2005 called "The Gates." This 16-day public art show featured 7,500 billowing panels of saffron nylon suspended between 16-foot-tall steel posts that wound their way through 23 miles of footpaths. The exhibit was created by the artists Christo and Jeanne-Claude, whose work also includes Running Fences, a 24-mile long curtain temporarily seen along the rolling hills of California.
Fun Fact: The gap between the free-hanging fabric and the ground for each gate was seven feet, leaving enough room for all but the tallest people to walk through. 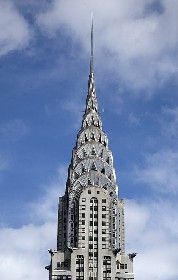 Classic, austere, indomitable are some of the words that have been used to describe the Art Deco masterpiece that is the Chrysler Building. Completed in 1930, the tower stands 77 stories. From the lobby—an Art Deco explosion of marble, chrome, and frescos—to the spire thrusting upward, the building embodies the optimism and spirit of pre-Great Depression New York. The 61st floor features gargoyles shaped like American eagles, which were inspired by the car-hood ornaments used on Chrysler cars in the 1920s.
Fun Fact: The Chrysler Buidling was the world's tallest building for a few months before its neighbor, the Empire State Building, surpassed it in 1931. 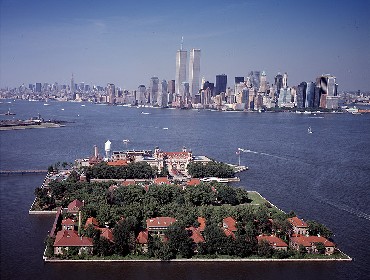 There were many points of entry into the United States for immigrants, but none are as symbolic to New York and the nation as Ellis Island. From 1892 to 1954, 12 million people passed through the immigration station in order to become United States citizens. Not everyone was accepted, and some people were unfairly turned away. For those immigrants who made it through, Ellis Island was the starting point of a new life and destiny.
Fun Fact: It is estimated that over 40% of all Americans today had an ancestor who arrived through Ellis Island. 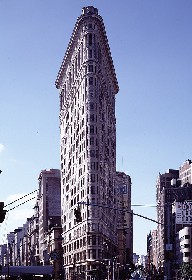 Fifteen stories high, the Flatiron Building was the world's tallest from 1901 to 1911 and one of New York City's first skyscrapers. Originally called the Fuller Building, it was designed by the architect Daniel Burnham, who created another of America's first skyscrapers, the Masonic Temple Building in Chicago.
Fun Fact: In honor of the building, the area around it is called the Flatiron District. 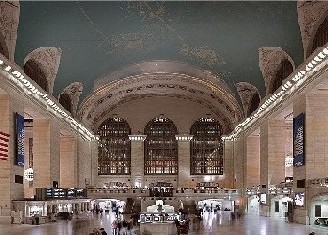 Grand Central Terminal (also called Grand Central Station or simply Grand Central) will turn 100 years old on February 2, 2013. For the first half of the 1900s, rail travel was the most popular method of transportation in the U.S. After 1950, people began to prefer driving or flying. Subsequently, during the 1960s, there was much talk of demolishing Grand Central to erect an office building in its place. The terminal was named a National Historic landmark in 1976 and thus protected by law. Legal battles ensued for decades, but by the 1990s Grand Central had been renovated and restored to its 1913 grandeur. Today, Grand Central Terminal is a busy commuter hub, bursting with shops, restaurants, and cocktail lounges.
Fun Fact: The ceiling of the Main Concourse is painted sky blue, with 2,500 stars in gold leaf forming constellations. The 60 brightest stars mark the constellations and are illuminated by fiber optics. 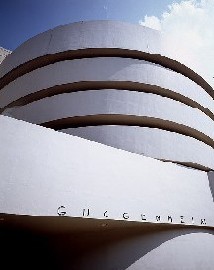 When Solomon R. Guggenheim's Museum of Non-Objective Painting was four years old, the collector decided the installation needed a new home. Guggenheim's art advisor said of the future space, "I want a temple of spirit, a monument!" The person tasked with creating the new museum was esteemed architect Frank Lloyd Wright. Most museums at the time were designed to showcase art in a series of rooms that visitors would walk through twice, passing by to see the collections and then retracing their steps to leave the building. Wright wanted something more organic. In the new Guggenheim Museum, visitors are brought to the top of the museum by elevator and then can see the galleries by strolling down a gently slopping ramp.
Fun Fact: The museum's spiral design is meant to recall the shell of a nautilus, which is a naturally occurring example of a logarithmic spiral. 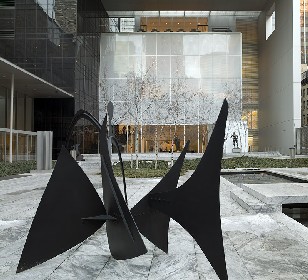 The Museum of Modern Art has a nurturing vibe to it. Not only does the museum strive to be the greatest of its kind in the world, it also wants to teach people how to approach, understand, and enjoy the greatness of the treasures within its collection. Comprising 22,000 films, four million film stills, thousands of books, and over 150,000 paintings, sculptures, drawings, and architectural models, as well as design objects, MoMA's collection magnificently represents the world of modern art.
Fun Fact: A helicopter is part of MoMA's design collection. 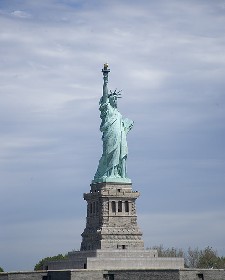 The Statue of Liberty has stood sentry on her island since 1886. She is a magnificent symbol of freedom, simultaneously welcoming anyone seeking refuge from oppression and warning all tyrants that their days are numbered. At her feet are the broken chains of tyranny and on her tablet is July IV MDCCLXXVI—July 4, 1776, in Roman numerals. The Statue of Liberty is a lasting memorial to the alliance that has existed between the United States and France since the American Revolution, and the love of freedom that both peoples cherish.
Fun Fact: The statue's face is 10 feet wide and the eyes each are 2 ½ feet wide. 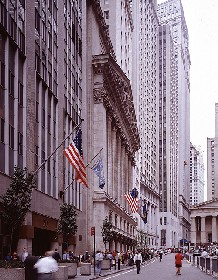 If capitalism is a giant beast, then Wall Street is definitely its heart. In fact, the term "Wall Street" is synonymous with U.S. financial interests. The American and the New York Stock Exchanges, numerous commercial and investment banks, and a plethora of law firms line this stretch of pavement. Wall Street got its name from the wall that was erected as the northern boundary of the Dutch settlement called New Amsterdam. Dutch settlers built it in 1653 for protection against attack, but just 11 years later, the English overtook both the colony and the wall.
Fun Fact: When the English conquered the town of New Amsterdam in 1664, they renamed it New York. 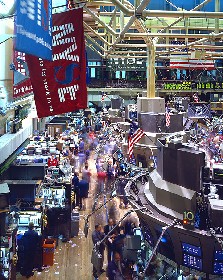 The history of the New York Stock Exchange (NYSE) dates to 1792, when 24 New York City stockbrokers and merchants signed the Buttonwood Agreement, a vow to only deal with each other and abide by a set commission. The Buttonwood Agreement was signed at 68 Wall Street. The NYSE is now the largest exchange group in the world. After the 2001 terrorist attacks, the NYSE no longer allows visitors.
Fun Fact: Visitors can experience the new Museum of American Finance, which opened in January 2008 and is located nearby at 68 Wall Street. 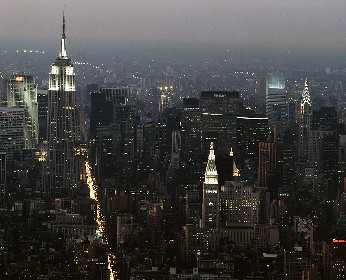 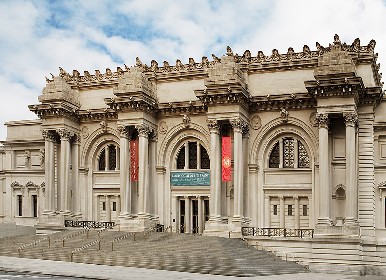 The Metropolitan Museum of Art, or The Met, has been a feature of the city of New York since 1872. More than 5 million people visit the museum each year to see works ranging from ancient Roman statues to Rembrandt's paintings.
Fun Fact: The Met has over 2 million works of art in its collection. 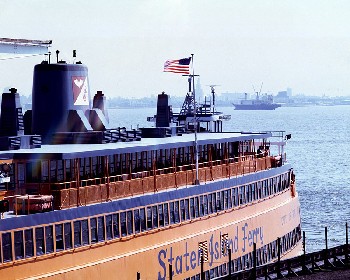 Staten Island officially became a part of New York City in 1898. Seven years later, in 1905, the city Department of Docks and Ferries took over all ferry service between St. George on Staten Island and Whitehall Street in Manhattan. The Staten Island Ferry travels through five miles of New York Harbor and passes such landmarks as the Statue of Liberty. By 2008, more than 20 million people ride the Staten Island Ferry each year.
Fun Fact: Foot passengers, meaning anyone who didn't drive a car onto the ferry, ride for free. It truly is the cheapest way to experience a boat ride and see some of New York City's greatest sites. 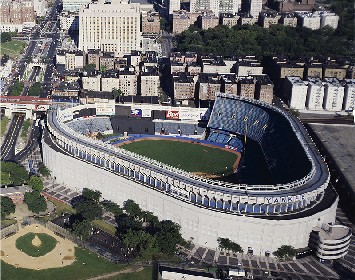 The original Yankee Stadium has been a fixture of the Bronx and New York City since 1923, but in 2009 it will be no more. That year the new stadium will open in the Bronx at Macombs Dam Park and the old one will be demolished in order to create parkland, a new pedestrian bridge, and much-needed parking spaces. The history of the original stadium is deeply intertwined with the history of baseball itself - from the controversy around Babe Ruth's move to the Yankees from the Boston Red Sox to the Yankees winning the World Series 26 times, which is more than any other major league team.
Fun Fact: Lou Gehrig played 2,130 consecutive league games from 1925 to 1939, a record that stood until Cal Ripken, Jr. broke it in 1995. 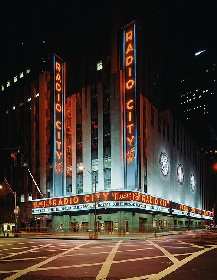