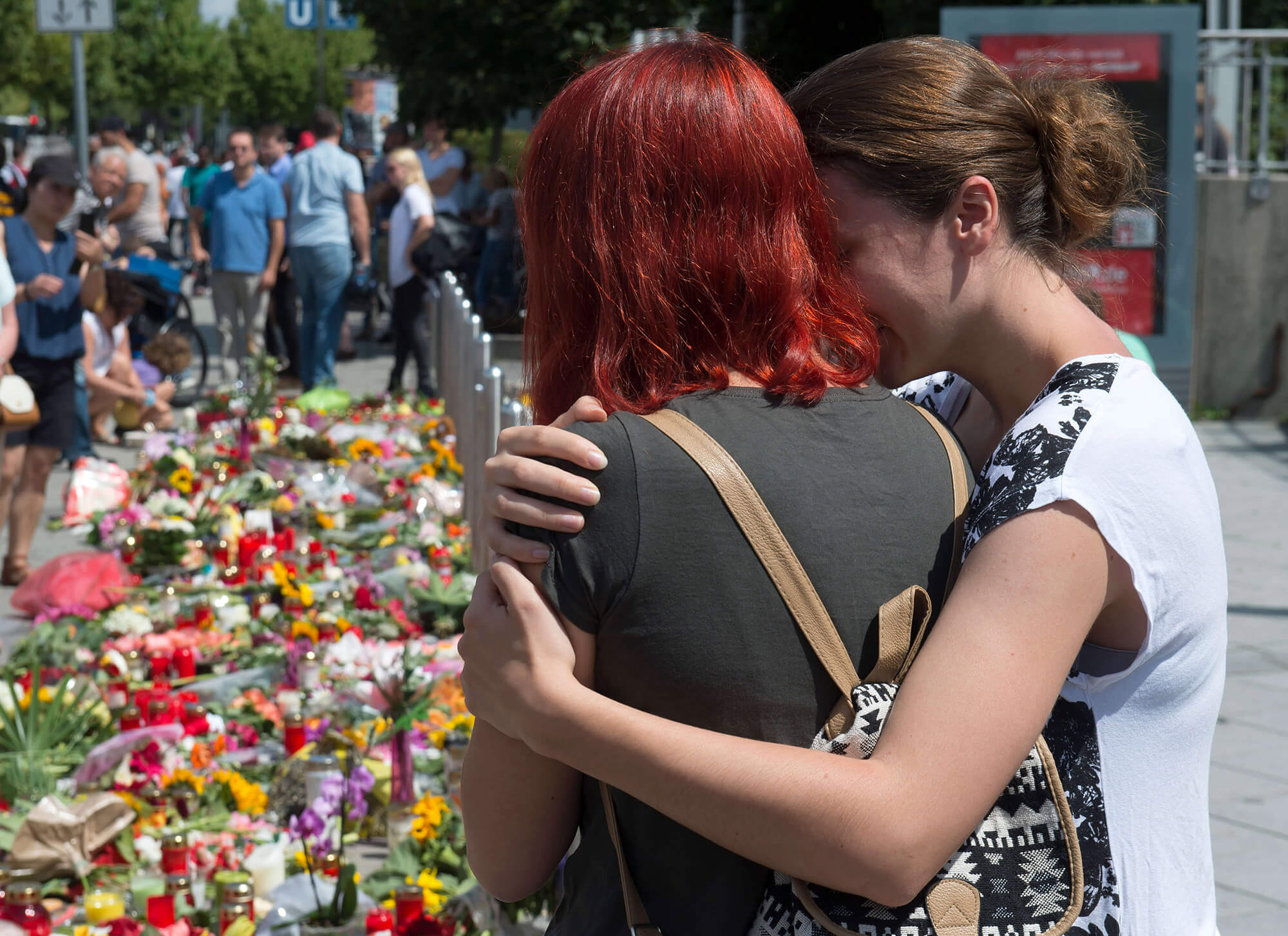 Terror throughout Germany in July 2016.

On July 18, a 17-year-old Afghan boy attacks passengers on a regional train in southern Germany. The teen is armed with an ax and a knife when he attacks and injures 4 passengers. He is fatally shot by police after trying to flee the scene. The teen is a refugee with unconfirmed asylum status and witnesses report him shouting "Allahu Akbar" as he attacked.

On July 22, a gunman at a McDonald's across the street from a shopping mall in Munich fatally shoots nine people and wounds 16 others before killing himself. The shooter is an 18-year-old German-Iranian man who seems to have acted alone, although investigations continue. So far the act has been labeled "suspected terrorism," although no group has come forward to claim responsibility.

A 21-year-old Syrian refugee in Germany attacks and kills a pregnant women using a machete on July 24, 2016. The refugee then turns on other civilians and the police, chasing a police car with the machete as well. In a statement, the German police officers state that there is no indication of terrorism. The attacker is knocked down by a motorist and is arrested.

Also on July 24, a 27-year-old Syrian refugee sets off a bomb in Ansbach, Germany outside a music festival after he is denied entry, injuring 15 and killing himself. The bomber had recently been denied asylum. He also leaves behind a video on his phone stating his allegiance to ISIS and his plot for revenge against Germany. ISIS claims that he is one of their "soldiers."