The world is a very busy place, and it's hard to stay on top of everything. Infoplease has got you covered. Here are the world news events you need to know so far for March 2020: 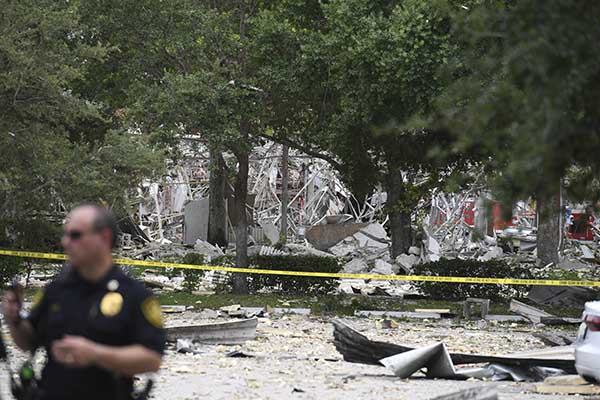 On March 1, a business in downtown Los Angeles caught on fire after an explosion. Three men were injured in the fire, two critically. It took 1 hour and 140 firefighters to extinguish the flames. The explosion is still under investigation. (CNN) 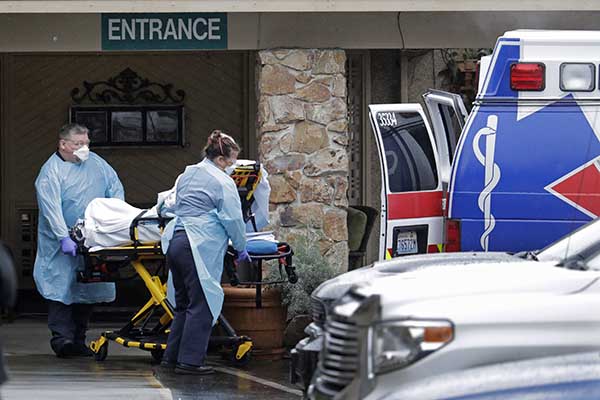 On March 4, the CDC announced that there were 129 reported Coronavirus cases in the US. This includes cases that have not yet been investigated by the CDC. As of now, ten people have died in the state of Washington. On March 5, California declared a state of emergency after one person died from the Coronavirus. The 71-year-old man was aboard a cruise ship now stationed in California, and he had underlying health issues. On March 6, President Trump signed a $8.3 billion aid bill as the number of cases continued to rise. (BBC/Reuters) 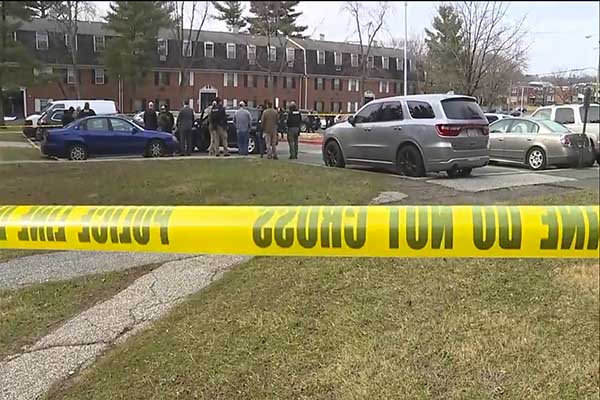 On March 8, a shooting outside a Baltimore dance studio left one 13-year-old dead and five more teens injured. The group was leaving an event at the studio when a suspect approached them and an altercation ensued. The five injured have already been released from the hospital, and Baltimore Police Department is offering a reward for any information on the suspect. (CNN) 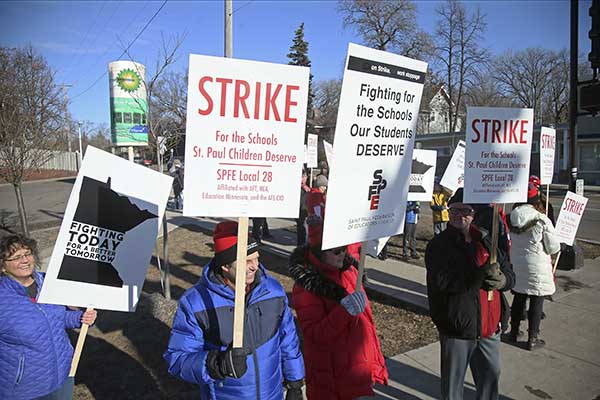 On March 10, after failed negotiations, teachers in St. Paul, Minnesota went on strike. The teachers are striking for better mental health services and multilingual services for students. More than 37,000 students are not in the classrooms due to this strike. (CNN)

US Coronavirus Updates - State of Emergency

US Coronavirus Updates - State of Emergency 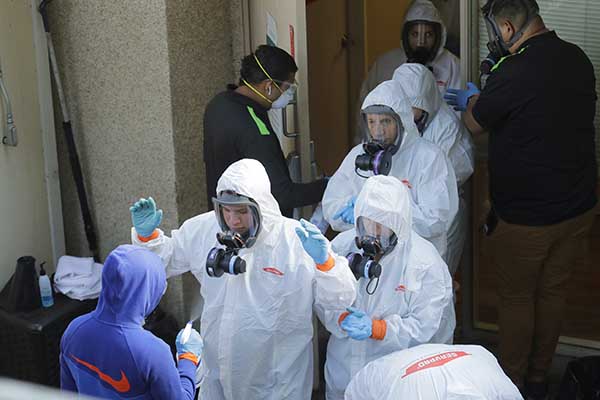 On March 10, sixteen US universities completely shut down in an attempt to control the spread of coronavirus. Students are in a frenzy to move out of campus housing in such a short time. On March 11, it was announced that Coachella (a music festival) would be postponed for the time being in an attempt to slow the spread of COVID-19. On March 12, it was announced that various K-12 schools across the country will be closing for a few weeks or more. Disneyland, the NBA, March Madness, and the NHL are among events that have closed for the foreseeable future. As of March 13, Washington, New York, California, Massachusetts, and Colorado have the most cases. On March 13, President Trump called a national emergency, signing a bill that allows for $50 billion of federal aid to be freed up. He said he may possibly get tested himself after potentially being exposed. (CNN/Reuters) 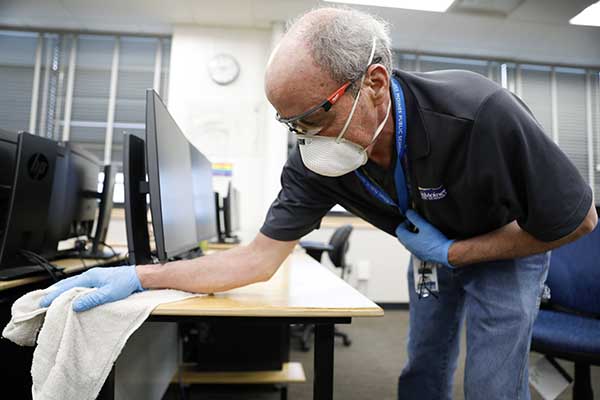 On March 15, Scholastic launched a ?learn from home? website to help those students affected by school closures due to coronavirus. That same day, both NYC and LA announced they will close bars and restaurants as cases continue to progress. On March 16, New York and Seattle are among the cities that have suspended evictions in wake of the income loss due to coronavirus. City officials have made it so property owners cannot issue eviction notices at all. On March 17, it was announced that restaurants, casinos, bars, gyms, and libraries in various states have been shut down. These shutdowns will put thousands of people out of work. On March 20, it was announced that all standardized tests will be canceled due to coronavirus and the closure of K-12 schools. That same day, the entire state of California went on lockdown, with the governor 40 million residents to stay home to help prevent the spread. So far, 900 people in California have tested positive for COVID-19. Also on March 20, the Florida Keys and Panama City Beach announced beach closures in order to prevent the spread. As of March 20, the CDCs total count for coronavirus is 15,268 with 201 deaths in the US. (CNN) 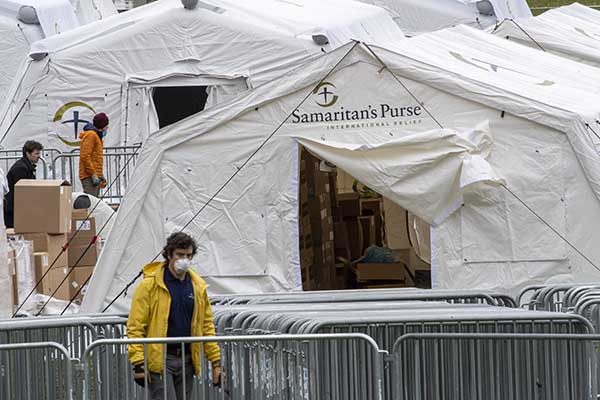 On March 22, in an attempt to combat the spread of coronavirus, Ohio announced that all ?nonessential? abortions and surgeries will be postponed. This order was issued so that the masks, gloves, and sanitized items can be donated to fight coronavirus cases in the state. On March 23, despite the shelter in place, California?s beaches, parks, and picnic areas were packed, causing the governor to potentially close recreational areas. Also on March 23, President Trump announced he would deploy the National Guard in an attempt to stop the spread of the virus. As of now, the National Guard will only allegedly be released in the states hit hardest: California, Washington, and New York. On March 27, Rhode Island?s governor announced that there will be checkpoints for out-of-state license plates as New Yorkers flood rentals in Rhode Island. In an attempt to flee New York, residents have potentially carried the virus to adjoining states. As of March 30, twenty-seven states have issued a stay-at-home order, affecting 225 million Americans. President Trump extended quarantines until April 30. On March 31, the US announced 700 coronavirus deaths in a single day, marking the largest fatality rate in 24 hours. (CNN/BBC/Reuters) 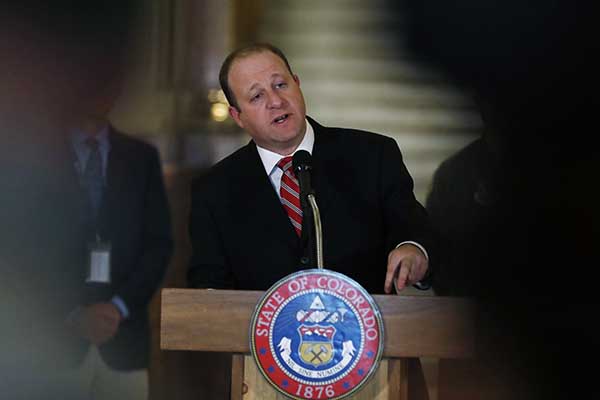 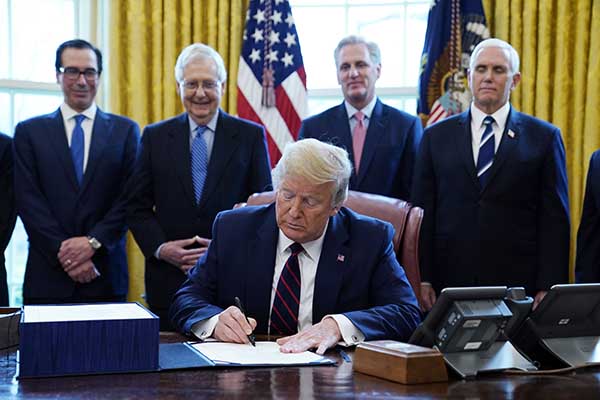 On March 23, the Senate finally passed a stimulus package intended to offer economic relief during the coronavirus. The package is $1.8 trillion, and offers help to small businesses and reportedly $1,200 to most adults. The bill must still be voted on by the House and the Senate before being signed by President Trump. On March 29, President Trump officially signed the stimulus package. (BBC) 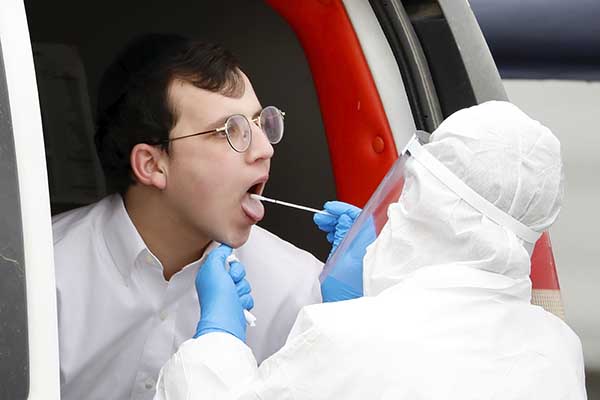 On March 28, the FDA approved a 15-minute coronavirus test. The technology for this test is the same technology used for rapid flu tests. (CNN) 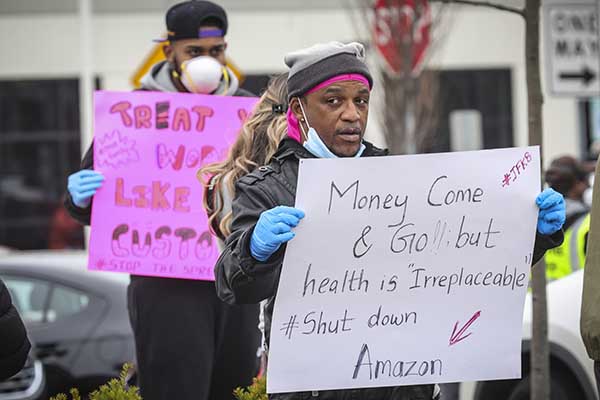 On March 31, tensions at Amazon rose after a New York warehouse fired an employee attempting to organize a protest. Various disgruntled Amazon employees are striking based on the company?s lack of coronavirus safety measures. Many Whole Foods employees, a company also owned by Amazon, are talking about walking out due to the lack of safety measures. The company?s actions are currently under investigation. (BBC)