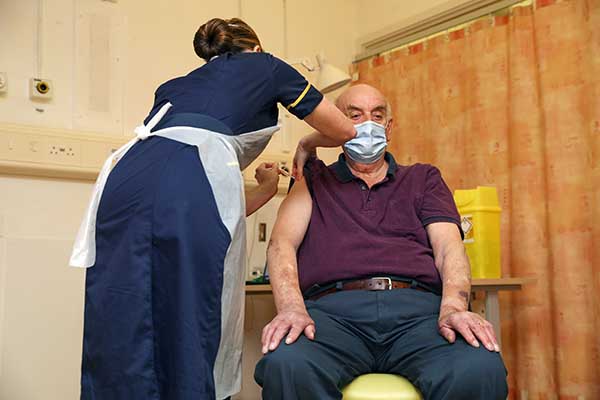 On January 1, as the world rang in a new year, the US officially surpassed 20 million COVID cases. More than 125,000 US residents were in the hospital due to the virus, the fourth consecutive day of setting a record high. On January 1, a Wisconsin pharmacist was arrested on suspicion of tampering with 500 doses of the new coronavirus vaccine. The man is accused of taking the doses out of the refrigerator, spoiling them. No motive has been released. (CNN) 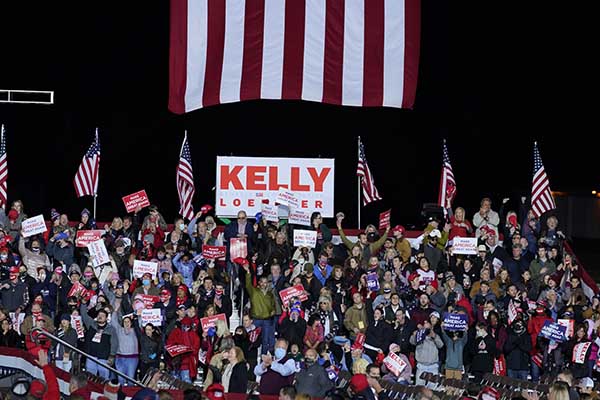 On January 4, Georgia election officials shot down allegations from President Trump regarding voter fraud. In audio reported by The Washington Post, President Trump can be heard pressuring Georgia Secretary of State Raffensperger to “find the votes.” Officials continue to say the claims are false as Trump held a speech in Georgia that night. (CNN) 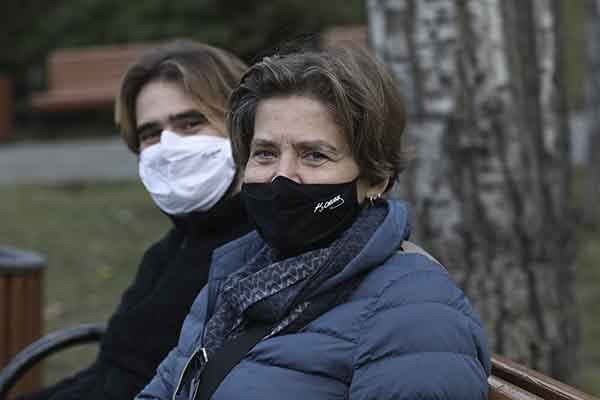 On January 5, the CDC reported that over 1,000 people died from Covid in just one week in Los Angeles County. Calfironia continues to face an onslaught of cases. On January 6, California faced another setback as a freezer containing 800 doses of the coronavirus vaccine in a California hospital broke, giving the staff just two hours to administer all the doses. The hospital was able to administer all 830 vaccines under the two hour mark, saving any from being wasted. (CNN) 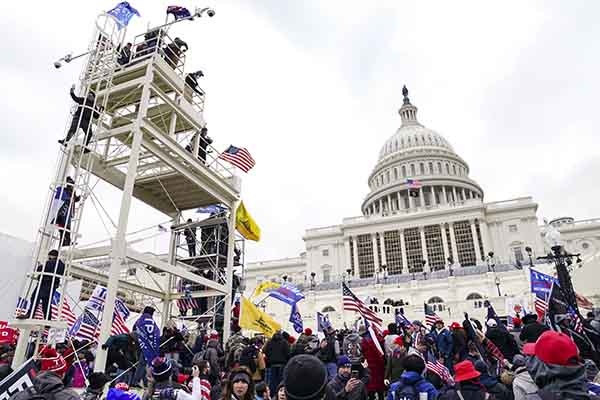 On January 6, CNN projected Raphael Warnock, a democrat, to become the first black senator in Georgia, as well as the first Democratic senator to be elected to Georgia in 20 years. Warnock won against Kelly Loeffler, a Republican who has been outspoken about her support for President Trump and belief that the election was rigged. The race continues as votes for Republican David Perdue and Democrat Jon Ossoff continues. Currently, Perdue trails behind Ossoff, which would give Democrats control of the Senate once again.In DC that same day, Congress met to certify president-elect Joe Biden’s victory as Trump supporters protested outside. What began as a peaceful protest quickly turned as protestors stormed the capitol. Congress was evacuated, but various protesters tore apart rooms in the building, including the office of Nancy Pelosi. The FBI is currently scouring images and making arrests based on the event, and has already made 82 arrests. The mob left five people dead, one of whom was an officer securing the building. Three pipe bombs were also placed throughout the city, which are still being investigated. As the riot in DC was occurring, many Trump supporters also protested at state capitols across the nation. On January 7, President Trump officially announced his concession as talks of impeaching him to prevent a 2024 run continued. On January 8, Twitter permanently banned President Trump’s account, citing his tweets as promoting violence. On January 9, Democrats announced that articles of impeachment will be revealed on Monday. (CNN) 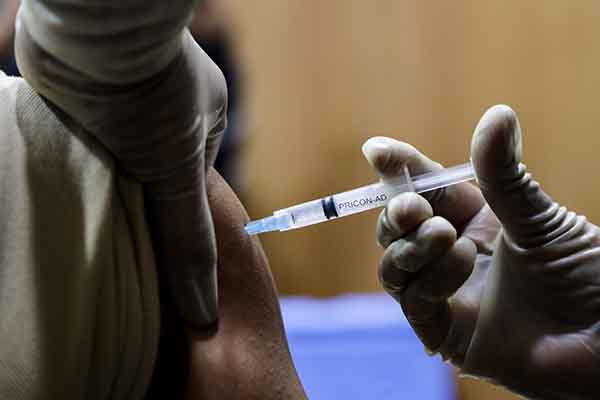 On January 13, a California hospital in Santa Clara was fined over $43,000 after being found guilty of delaying a report on a Covid outbreak. The delay led to the death of one employee. At least 43 employees had the virus before it was reported as an outbreak. On January 13, officials reported that at least 8 gorillas tested positive for Covid-19 at the San Diego Zoo. Some have shown the symptom of coughing, but none appear to be seriously ill. The gorillas remain quarantined with each other until tests come back negative. On January 16, officials warned that the UK variant of coronavirus could become the main strain in the US come March. The CDC worries the variant will have rapid growth, causing President-elect Joe Biden to ramp up vaccine distribution. (CNN/BBC) 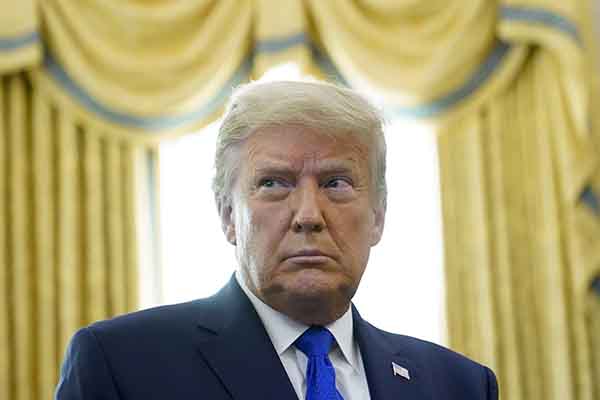 On January 11, tensions between Democrats and Republicans continued after the siege of Capitol Hill. President Trump has stated he will not attend Joe Biden’s inauguration, becoming only the fourth president to miss his successor’s ceremony. The FBI has warned the public of possible armed pro-Trump protests occuring in all 50 capitals and DC before the ceremony. On January 11, President Trump also awarded Bill Belichick the Medal of Freedom, but he promptly declined the honor. Nancy Pelosi and Mike Pence discussed possible directions, with Pelosi threatening impeachment if Pence doesn’t enact the 25th amendment. On January 11, the Trump Administration named Cuba a state sponsor of terrorism, reversing the label removed by Obama and potentially making it more difficult for president-elect Joe Biden to work on the relationship between America and Cuba. The Trump Administration accused Cuba of reneging on commitments made to former President Obama. On January 13, the House of Representatives voted to impeach President Trump for the second time. The vote will now go to the Senate. That same day, New York City announced plans to end its relationship with Trump Organizations after the incident at Capitol Hill last week. On January 13, Airbnb announced that it has cancelled all reservations in the DC area around the time of the inauguration. The move comes after officials have warned of potential violence following the attack on Capitol Hill. The US Postal Service has also announced that it will remove mailboxes in major cities ahead of the inauguration due to safety concerns. On January 15, the Manhattan DA announced that it is extending its investigation into the Trump Organization finances, including the property in Westchester County. The property has been subpoenaed for property and tax deductions taken previously. (CNN/BBC) 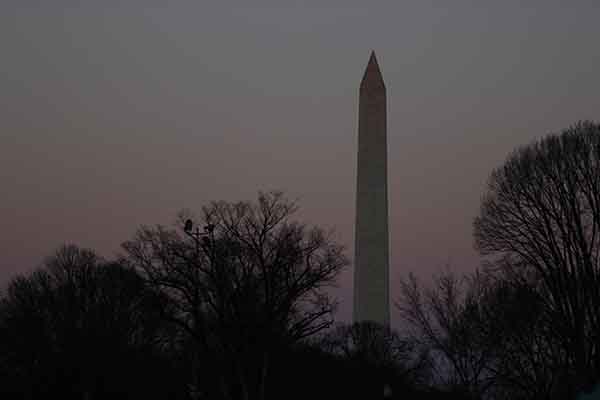 On January 21, Amazon wrote an open letter to President Biden offering to help deliver vaccines. However, the company asked that its workers be prioritized for the vaccine in return. On January 23, the FDA approved certain syringes that allow for an extra dose of the Pfizer vaccine to be extracted. Each Covid vial contains five doses, but health professionals have stated they can get six when using certain syringes. On January 23, officials announced that the Washington Monument will stay closed until further notice due to the pandemic. The monument has been closed since January 11, but was previously closed for safety concerns preceding the inauguration. (CNN)

Lockdowns and Security Ahead of Inauguration

Lockdowns and Security Ahead of Inauguration 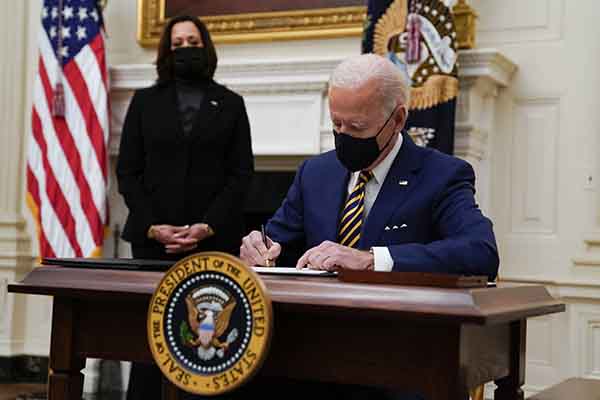 On January 17, law enforcement worried about the potential protests ahead of Inauguration Day; however, the majority protests were small in comparison to the law enforcement officers outside each state capitol. Despite these low numbers, officials remain on high alert as Inauguration Day looms. On January 17, all federal prisons were placed on temporary lockdown ahead of the inauguration. The Bureau of Prisons said there was no specific information that triggered this decision, it is just a safety measure after the events that occurred earlier this month. On January 19, President Trump pardoned 73 people, including Steve Bannon and Lil’ Wayne, and commuted 70 more before leaving office. On January 20, President Joe Biden was officially inaugurated, immediately signing executive orders after being sworn into office, rejoining the Paris climate accord, mandating masks in federal buildings, and canceling the Keystone Pipeline. On January 21, rioters took to the streets of Portland to remind President Biden that they are still fighting for racial justice. The protesters stated that they wanted to remind Biden that both parties are to blame for oppression. On January 23, the Senate agreed to vote on former President Trump’s impeachment trial next month. This gives Trump’s lawyers two weeks to prepare. On January 27, the US issued a “heightened threat” alert as officials worry homegrown terrorism may escalate as President Biden uses his authority. After the storming of the capitol, many fear the violence will only get worse. On January 31, about a week before the impeachment trial, all five of former President Trump’s lawyers quit the case, mainly citing “legal strategy disagreements.” However, it seems various Republicans are still maintaining their support for the former president. (CNN) 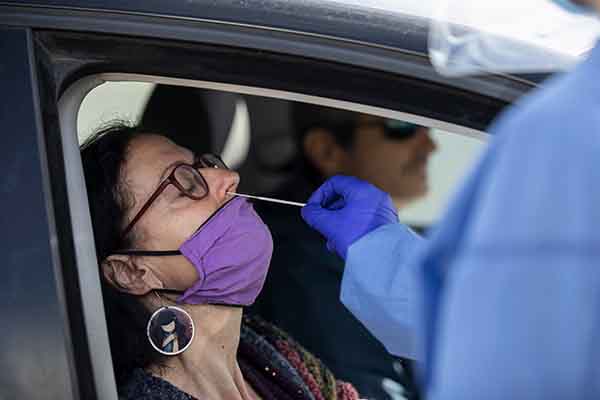 On January 24, Biden reinstated travel bans previously lifted by Trump, adding South Africa to the list. The restrictions mainly apply to non-US citizens who have been to the UK, Brazil, Ireland, and much of Europe. Trump’s lift of the ban was set to take place on January 26. On January 24, it was reported that at least 38 Capitol Police have tested positive for coronavirus after the riot that occurred weeks ago. On January 25, the CDC announced it is looking into the new virus variant from the UK and believe it may be more deadly. Right now, it’s a realistic possibility, but the mortality is not yet confirmed. On January 26, California announced it will lift its restrictions, despite a growing number of cases. Officials worry that this variant and lack of vaccines poses a particular threat to California. On January 27, officials reported that January has been the deadliest month since the pandemic began, clocking in over 80,000 deaths just this month. The bleak numbers have more people scrambling to get vaccinated as President Biden rolls out his coronavirus plan. On January 29, the New York State Department of Health reported that it believes the state undercounted nursing home deaths due to coronavirus by at least 50%. The data suggests that those who died in hospitals after being transported may not have been reported as such. On January 29, Johnson and Johnson announced that its vaccine, which is single dose, is 66% effective in preventing the virus. On January 30, at least nine nuns at Adrian Dominican Sisters campus in Michigan died of Covid after an outbreak occurred on campus. Of the 217 residents, 48 have tested positive for the virus. On January 31, Philadelphia’s deputy health commissioner resigned after the failed partnership with Philly Fighting Covid was reported on. Dr. Johnson allegedly gave information to two vendors that “was not available to potential applicants.” (CNN/BBC) 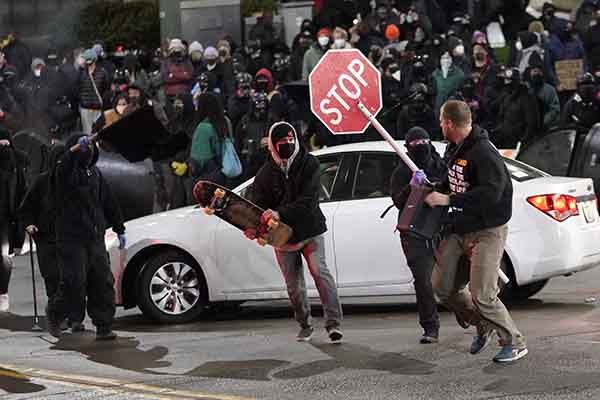 On January 24, about 150 people gathered in downtown Tacoma to protest after a police officer drove into a crowd the day before. The police officer’s actions killed at least one person and injured a few others. The 58-year-old police officer, who has not been named, has been placed on leave following an investigation. According to reports, the officer was responding to a call of protests downtown and drove through the crowd after his car was surrounded. (CNN) 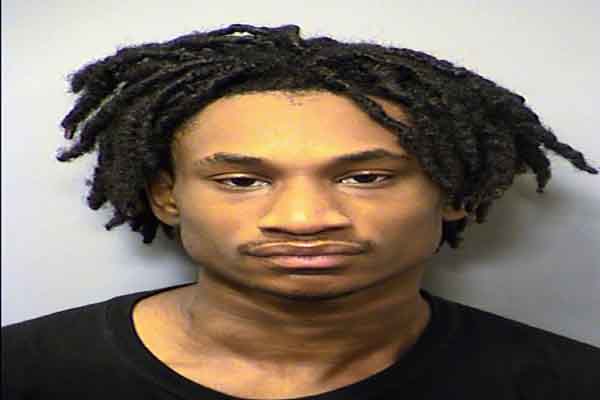 On January 24, a shooting in Indianapolis left five people dead, one of whom was pregnant, and another juvenile injured. The shooting occurred early morning in the northeast side of Indianapolis. The mayor has deemed this shooting the “largest mass casualty shooting in more than a decade.” The shooting is still under investigation, but police do not believe it’s a random act. On January 28, police arrested a seventeen-year-old male suspect who is believed to be a family member of the deceased. He is also suspected of having tried to kill his brother, who managed to escape the house. The courts intend to charge the suspect as an adult. (CNN)