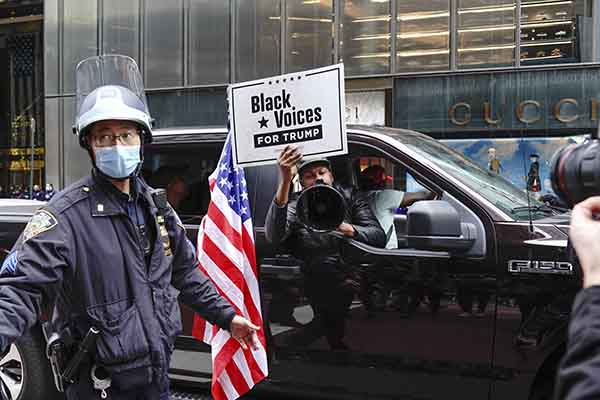 On November 1, Dr. Fauci gave an interview stating that the US was in for “a whole lot of hurt” regarding coronavirus. The US has recently recorded over 230.000 deaths and 9 million cases. On November 3, the cases in El Paso, Texas continued to rise as people headed to the polls to vote. CNN reported that the county has seen higher voter outcomes than four years ago, despite the virus. (BBC/CNN) 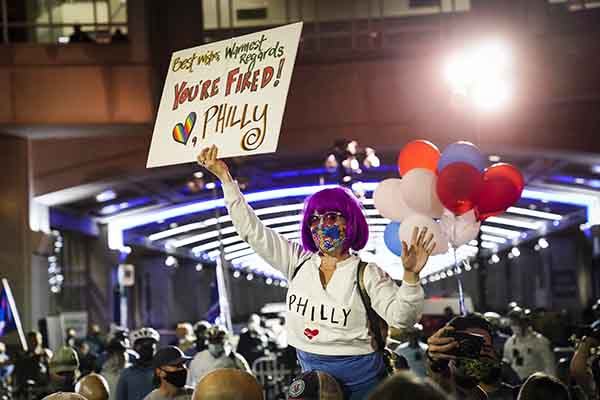 On November 1, a group of marchers in North Carolina were pepper sprayed by police in an effort to break up the march. The marchers were headed to the polls and held a moment of silence before getting pepper sprayed. A man allegedly began attacking police, sparking the retaliation. On November 1, Missouri officials removed a noose from a voting poll. This is one of many controversial actions occurring around voting polls in the world. On November 2, a federal judge stated that all USPS services need to expedite all ballots and guarantee one to two day delivery, even after election day. On November 3, two lawsuits were filed in federal courts over the pepper spray incident in North Carolina. On the night of November 3, Twitter hid a tweet from President Trump regarding possible cheating in mail-in votes. The social media giant also hid tweets from others claiming early victory, as the votes had not been fully counted until November 4. On November 6, the election still continued as various swing states had thousands of votes left to count. As of the 6th, Biden has a confirmed 253 electoral college votes and President Trump had 214 electoral votes. The past three days have led to various protests and early celebrations in the swing states. Many gathered in Pennsylvania for an early celebration, believing Biden was headed towards victory. (CNN/BBC) 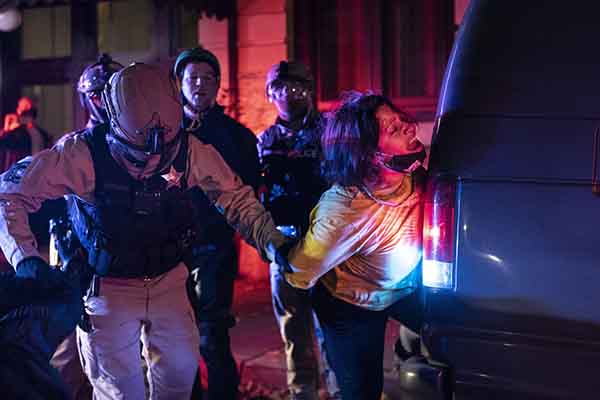 On November 1, Portland police declared a riot after many businesses were broken into during new protests. Law enforcement officials stated that about 150 gathered to march before a few began throwing objects at the police, quickly escalating to throwing objects at surrounding businesses. (CNN) 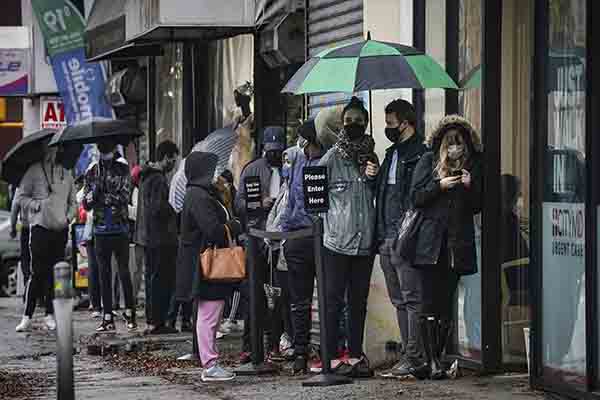 On November 11, Johns Hopkins University announced that Texas has become the first state to surpass one million coronavirus cases since the pandemic first began. This means one tenth of the country’s 10 million cases is from the state. On November 13, the state of California reached over 1 million coronavirus cases. There has been a 47.1% increase in cases in the last week in the Golden State. A statewide travel advisory has been implemented, and was also extended to Washington and Oregon. The advisory asks people to refrain from non-essential travel. On November 13, amidst growing cases, New York City’s public school system announced that it could close schools as early as Monday. (CNN) 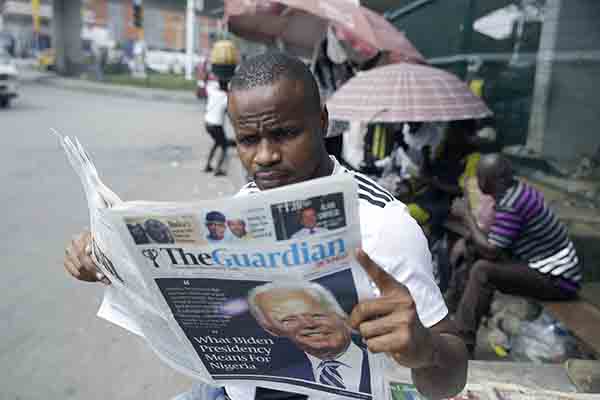 On November 7, various news sources called the election, giving President-elect Joe Biden 279 electoral votes and President Trump 214. The results also make Vice President-elect Kamala Harris the first female VP, as well as the first African and Asian American to win the title. Trump continues to claim voter fraud and refuses to concede as various nations offer their congratulations to Biden. The House and Senate have yet to be called. On November 11, it was announced that Georgia would recount the election ballots by hand in order to investigate President Trump’s claims of fraud. President-elect Biden has stated the he plans a smooth transition for January despite no concession from Trump. On November 13, the law firm representing Trump’s campaign resigned from the case to remove the popular vote (for Biden) from Philadelphia. As of now, only one lawyer is on Trump’s legal counsel in Philadelphia. On November 13, China offered a belated congratulations to President-elect Biden. (CNN) 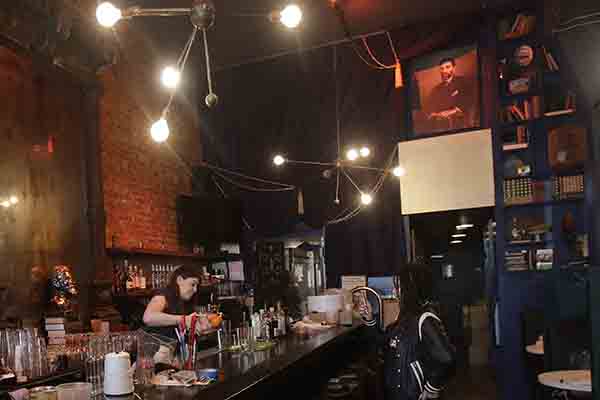 On November 13, two off-duty officers and four patrons were shot in a bar in North Carolina. The two officers were working at Remedies Nightclub when they tried to intervene in an argument. The argument escalated, resulting in the shooting. Two suspects are in custody. (CNN) 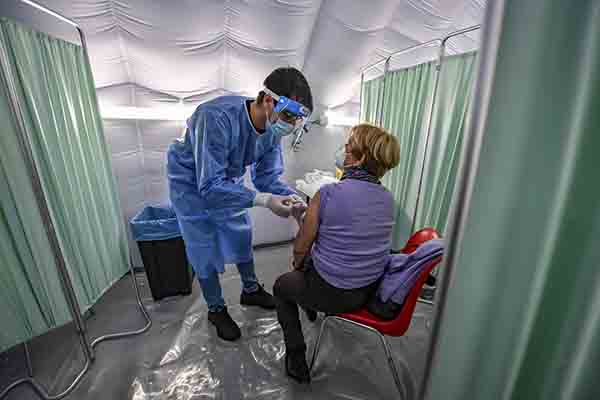 On November 15, Johns Hopkins University announced that the US has surpassed 11 million coronavirus cases. On November 15, Walmart announced it will once again start counting people in stores as the cases of coronavirus rise. On November 16, at least 2 members of the House of Representatives announced they tested positive for Covid, while another member has isolated himself due to exposure. Many worry this is the beginning of a possible outbreak in Capitol Hill. Despite this announcement, House Republicans received a waiver to hold in-person leadership elections in Washington DC. House Democrats have stated they would like to hold the elections virtually. On November 16, US company Moderna announced that its coronavirus vaccine is 95% effective. The company plans to apply for approval in the next couple of weeks. On November 18, nearly 200 Facebook content moderators accused the company of forcing them to go back to work despite the risk of contracting coronavirus. An open letter to the company demanded that they take employees’ health into consideration. The company has yet to reply. On November 18, a federal judge overturned a Trump Administration ruling that migrant children could be evacuated from the country due to coronavirus concerns. The judge stated that despite the pandemic, unaccompanied children will still go through due process. On November 19, two days after New York City made the decision to shut down public schools, tensions rose between officials. Many labeled the decision “traumatic.” On November 20, the US surpassed 250,000 Covid deaths and nearly 12 million cases. On November 20, it was also reported that Donald Trump Jr. tested positive for the coronavirus. (CNN/BBC) 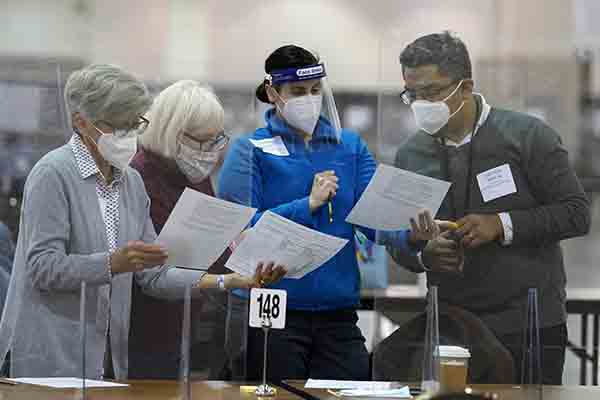 On November 16, four more states dropped lawsuits that aimed to stop President-elect Biden’s move to office. The cases weren’t in federal court long before being withdrawn from Pennsylvania, Georgie, Wisconsin, and Michigan. President Trump still continues his refusal to concede. On November 18, President Trump announced that he is seeking a partial recount in Wisconsin, alleging irregularities. On November 20, President Trump met with Michigan lawmakers, but they later said there was no evidence of voter fraud. The lawmakers stated that they believe the votes in Michigan will stand as is, with Biden winning the state. On November 20, Georgia officially certified Joe Biden as the winner of the state. (CNN/BBC) 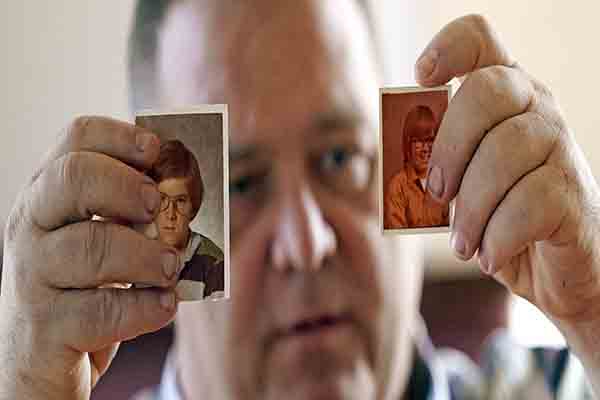 On November 16, CNN reported that there were at least 92,700 claims of abuse against the Boy Scouts of America. More cases came forward after the bankruptcy notice was filed in court. Many survivors say they hope this will bring awareness to the issue. (CNN) 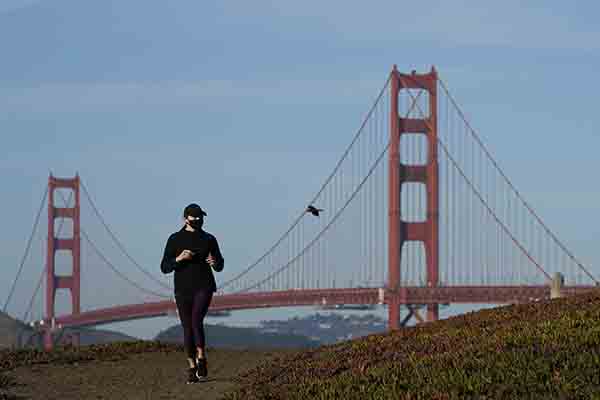 On November 23, as the US entered its 20th day in a row of 100,000 new coronavirus cases in a 24 hour period, the CDC urged against holiday travel. Statistically, Thanksgiving is one of the biggest travel weeks in the US, and it doesn’t seem that the pandemic is slowing the numbers down as much as expected. More than a million people traveled through airports on Friday, causing concern as the number of cases and hospitalizations rise. On November 23, the US Vaccine Program announced that the first Americans may receive the vaccine as early as December 11. On November 23, Pennsylvania announced that it will ban all alcohol sales at bars and restaurants on Thanksgiving Eve in an attempt to stop the spread of the virus. On November 24, El Paso, Texas issued a curfew ahead of Thanksgiving in an attempt to stop the rise of Covid cases. So far, ten extra morgues and 1,500 medical professionals have been flown in to help the county with its rising cases and deaths. On November 26, health officials said the US should brace for the worst, predicting nearly double as many deaths before a coronavirus vaccine is truly helpful. More than 200,000 new coronavirus cases were reported in a 24-hour period, with nearly 20 states not reporting numbers. On November 30, Dr. Scott Atlas - a controversial member of President Trump’s coronavirus task force - announced his resignation. The White House has yet to comment. On November 30, nearly 115,000 Baltimore Country pupils were able to return to e-learning after a ransomware attack halted lessons. While students and staff can resume learning, the district has said it may take weeks for the system to fully recover. (CNN)

Weekend of Violence in Many Cities

Weekend of Violence in Many Cities 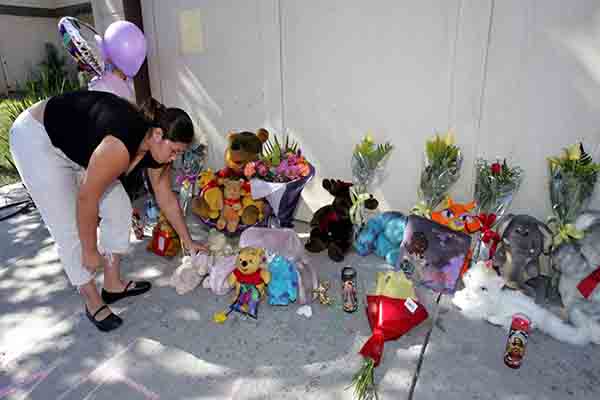 On November 22, at least 8 people were injured at a Mayfair Mall shooting in Milwaukee. On November 24, police arrested a 15-year-old suspect, claiming the incident stemmed from an altercation between two groups. On November 22, a stabbing incident at a San Jose church left at least 2 people dead and many more injured. The church was not holding services, but was housing many homeless people during the night. Police are still searching for possible suspects. On November 23, police were still looking for multiple suspects in a shooting that occurred at a Sweet 16 party the night before. At least 7 people were shot, 1 fatally, at a Brooklyn party that was dispersed by police earlier. On November 23, the Los Angeles Police Department reported that they have seen the highest rise in homicides (300 this year) in the last decade. Many believe the pandemic and its social economic fallout is partly to blame. Some of the homicides that occurred this weekend appeared to be random shooting incidences. (CNN) 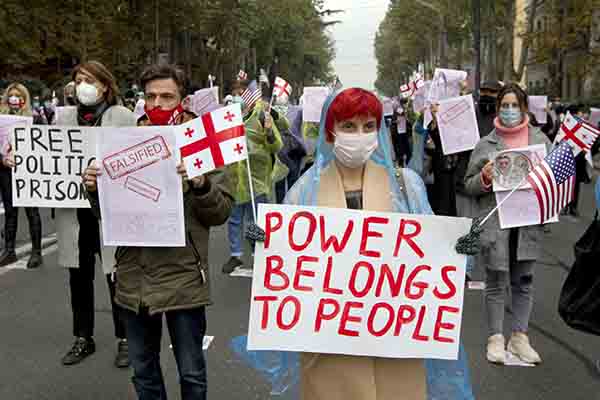 On November 26, President Trump continued to taut “election fraud” despite the loss of his lawsuit in Pennsylvania. Three officials stated there was no proof of election fraud, rejecting Trump’s appeal in Pennsylvania. Trump then encouraged Republican voters to go out and vote for Senate seats in Georgia, though many wonder if his claims of fraud will affect turnout. The votes in Georgia could determine which party controls the Senate. On November 27, it was reported that Biden picked up 132 more votes in Milwaukee after a Trump-requested recount. Despite the recount, more than 27,000 ballots are being segregated due to the campaign’s absentee objections. On November 30, Arizona officially certified Joe Biden’s victory. (CNN)