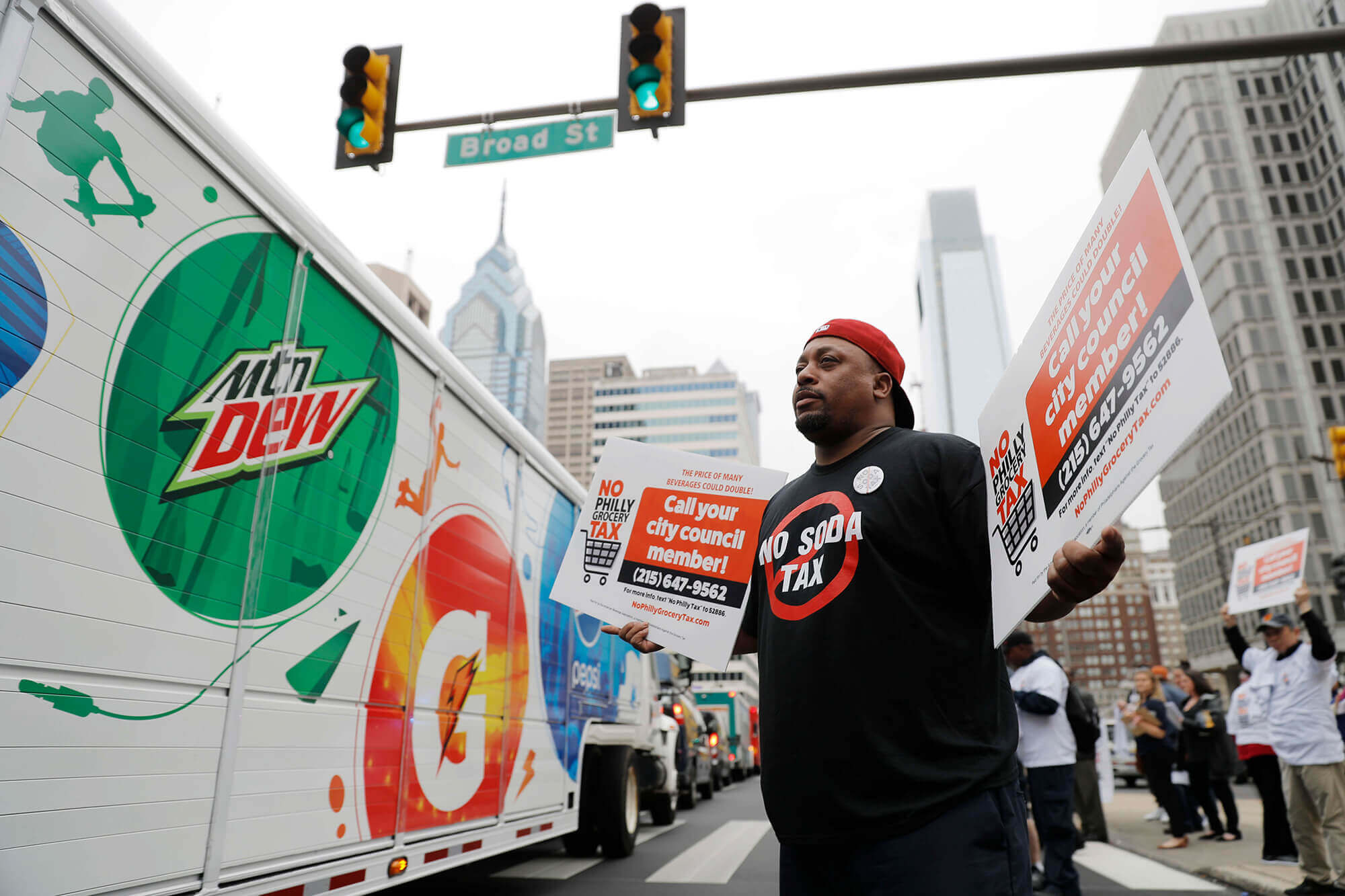 The attempt to tax sugary drinks has been in the works for years, but the country's largest cities have been unsuccessful in attempts to levy such a tax, until now. On June 16, 2016, Philadelphia becomes the largest city to implement the tax. The mayor angles the approach differently from past politicians; instead of targeting the health issues that sugary drinks cause, he focuses on the sugary drink market as a source of revenue and how taxing that industry could fund public programs, such as universal kindergarten. The revenue generated from the tax will go into making the city better.
Photo source: AP Photo/Matt Rourke