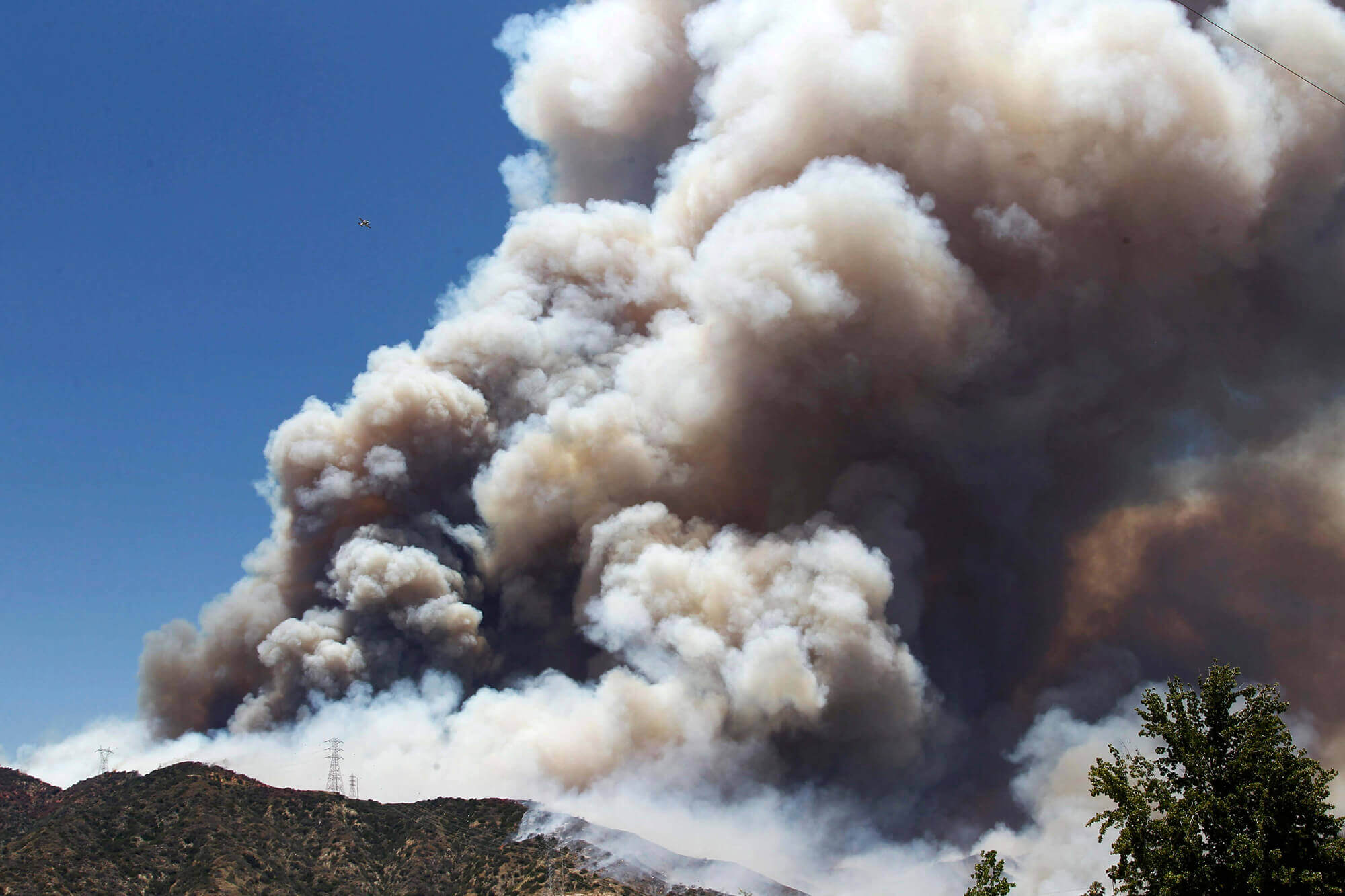 A heatwave sweeping Southern California leads to triple digit temperatures and raging wildfires. Some towns are forced to evacuate as the fires burn through acres of land. Two towns, Burbank and Woodland Hill, set record temperatures at 106 degrees on June 19, 2016. A fire in San Diego Country destroys over 1,500 acres of land, forcing people in Potrero to evacuate. Meanwhile, a wildfire near Silver Lake by the causes roads to be shut down due to lack of visibilty from smoke.
Photo source: AP Photo/Nick Ut