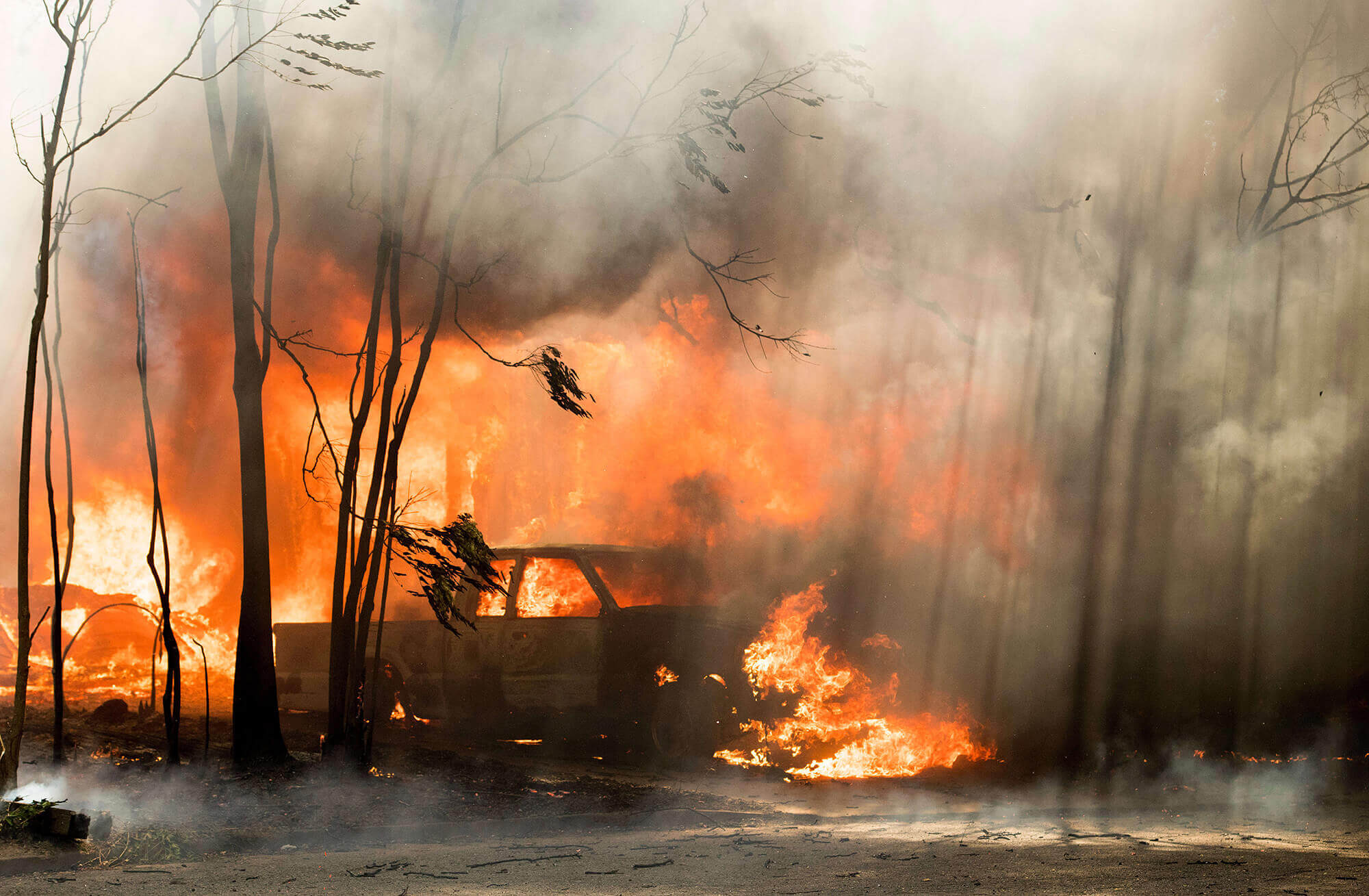 On August 16, 2016, a devastating fire breaks out in southern California. Starting at 10:36 a.m. the fire destroys 28 square miles of land, and is 0% contained by 11 p.m. that evening, prompting Governor Jerry Brown to declare a state of emergency. The fire is named Blue Cut Fire because of its close proximity to the Blue Cut hiking trail. The immensity of the fire causes 82,000 people to evacuate their homesâincluding the entire community of Wrightwoodâand for the Cajon Pass to be shut down. This fire comes after a series of wildfires that have been ravaging California this summer, thanks to drought and high temperatures.
Photo source: AP Photo/Josh Edelson