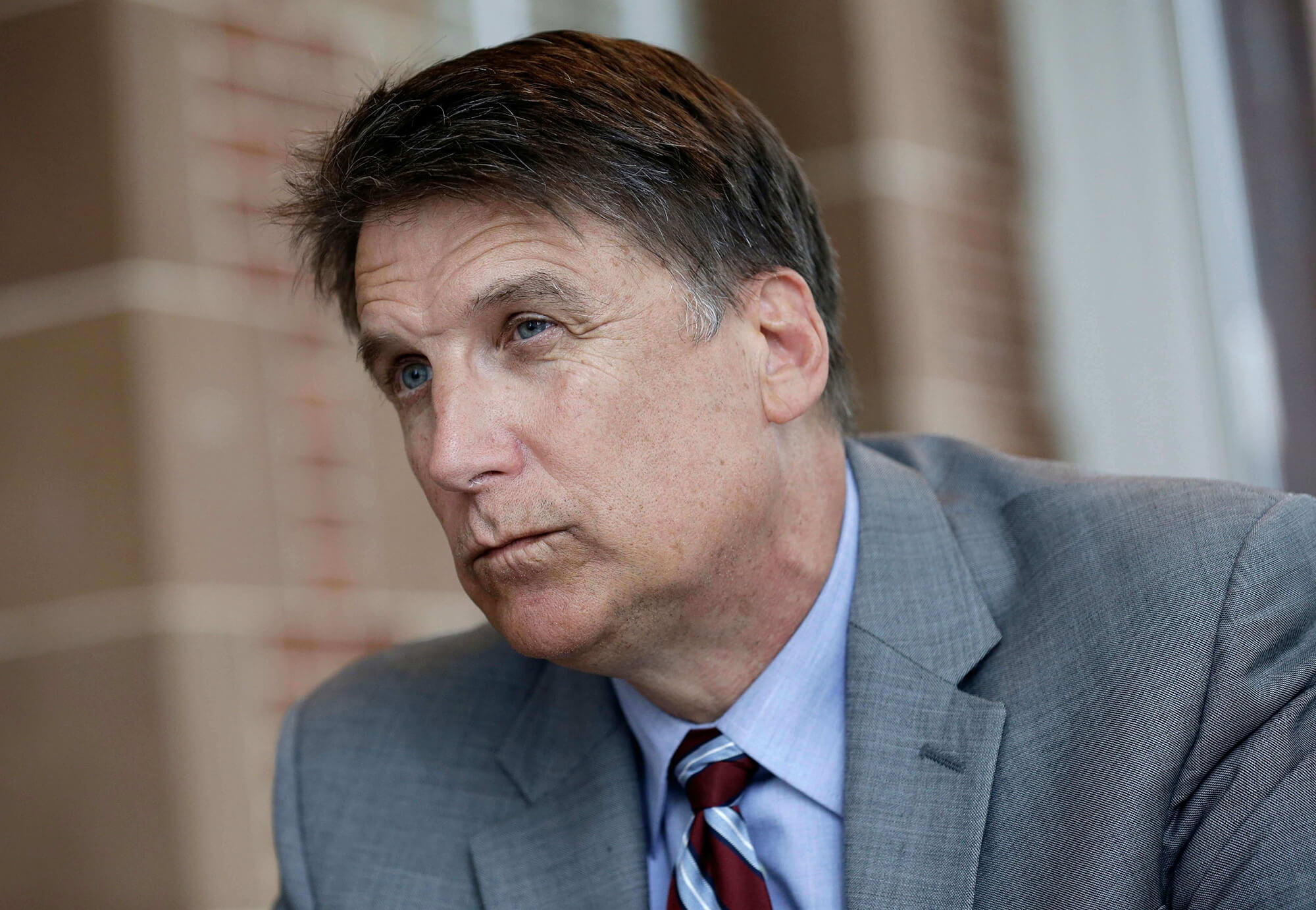 North Carolina Gov. Pat McCrory makes remarks during an interview at the Governor's mansion in Raleigh, N.C., Tuesday, April 12, 2016. McCrory says he wants to change a new state law that prevents people from suing over discrimination in state court, but he's not challenging a measure regarding bathroom access for transgender people. There has been much discussion over the law that is seen as discriminating against the LGBT community. In response, Governor McCrory plans to use an executive order to expand equal employment policies to include gender and sexual orientation.
Photo source: AP Photo/Gerry Broome