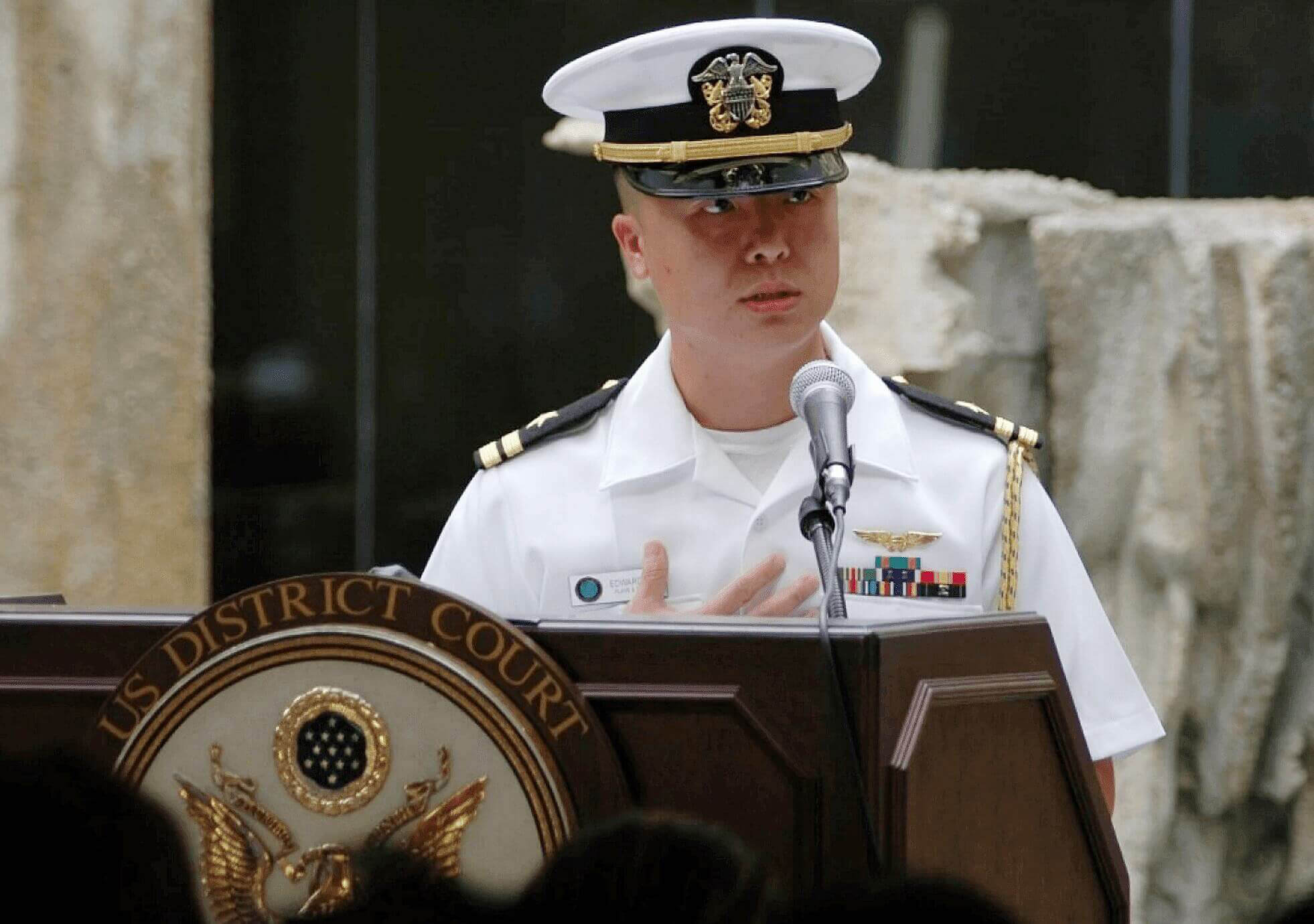 In this Dec. 3, 2008 photo released by the U.S. Navy, Lt. Edward Lin, a native of Taiwan, tells personal stories about his journey to American citizenship to 80 newly nationalized citizens at a naturalization ceremony. U.S. American defense officials say Lin, a Navy officer with access to classified information is accused of passing military secrets to China or Taiwan, or both. A document that describes multiple charges against Lin accuses him of failing to report foreign contacts and says that on multiple occasions he gave or attempted to give secret national defense information to representatives of a foreign government. In an Article 32 hearing on April 8, 2016, Lin faces charges of espionage, attempted espionage and patronizing a prostitute in a rare spying case involving an active-duty member of the U.S. military.
Photo source: U.S. Navy/MC1 Sarah Murphy via AP