The world is a very busy place, and it's hard to stay on top of everything. Infoplease has got you covered. Here are the World news events you need to know so far for April 2021: 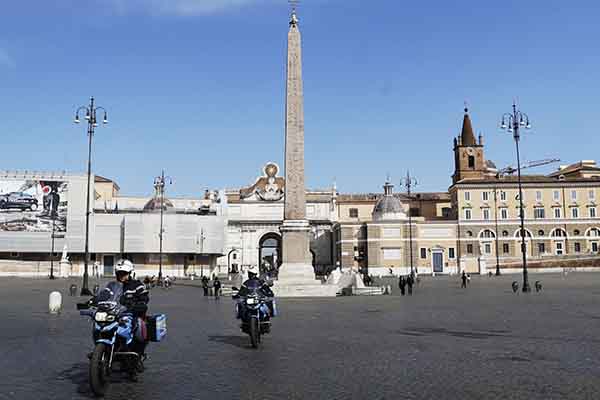 On April 2, despite the quick rollout of vaccines, Hungary reported its deadliest day since the pandemic began, with 302 deaths. The country is facing a tough new wave, as over 20,000 people have died due to the virus. On April 2, Italy passed a decree making the Covid vaccine mandatory for all healthcare and pharmaceutical workers. Workers who refuse will be reassigned to positions that don’t work directly with patients. (CNN) 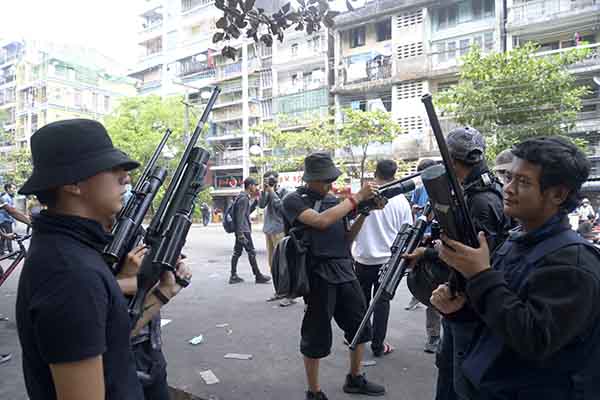 On April 2, a Myanmar advocacy group reported that a total of 550 civilians have died since the February 1 military coup. The violence has only increased as the military cracks down on protestors and has detained thousands in the past few days. On April 3, the military cut all wireless internet services, resulting in an internet blackout for nearly the entire country. This is also the 19th day that mobile data has been in a blackout, limiting the ability to communicate. Pro-democracy protesters have continued to flood the streets despite the bloody crackdowns. On April 12, it was reported that the Myanmar military is charging families $85 before allowing them to retrieve the bodies of loved ones. Over 80 people were killed when the military raided the city of Bago. More than 700 people have died since the overthrow in early February. (CNN) 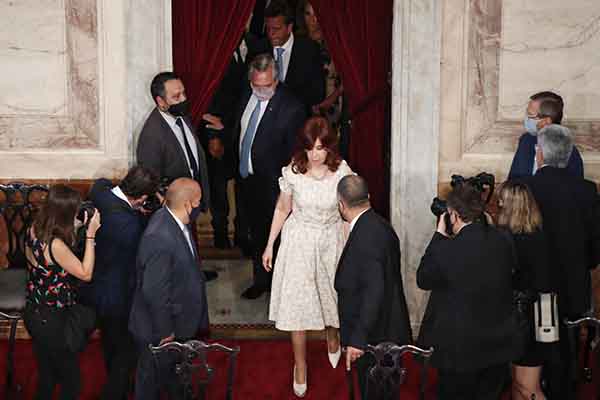 On April 4, after being fully vaccinated, Argentina’s President Alberto Fernandez tested positive for coronavirus. After receiving the Russian Sputnik V vaccine, the 62-year-old leader has a fever and headache but is otherwise healthy and fine. On April 5, it was reported that Latin America, 100 days after vaccination rollouts, is still facing a tough road ahead. While some countries boast of positive results, neighboring countries are still on the verge of hospital collapse. Brazil, Peru, Chile, and Paraguay are among those suffering the most, as mortality rates continue to rise. On April 7, Canada announced that most of its Covid-19 cases are variants of the original strain. The new variants are making younger people sicker and ICUs are quickly filling up. In response, Ontario has issued a new stay-at-home order that affects 14 million residents. These residents will be under lockdown for at least four weeks as hospitals attempt to avoid overfilling. On April 7, the EU drug regulator announced that blood clots are an “rare and unusual” side effect of the AstraZeneca vaccine. This means officials have concluded that the benefits outweigh the risks and countries should continue distribution. (CNN) 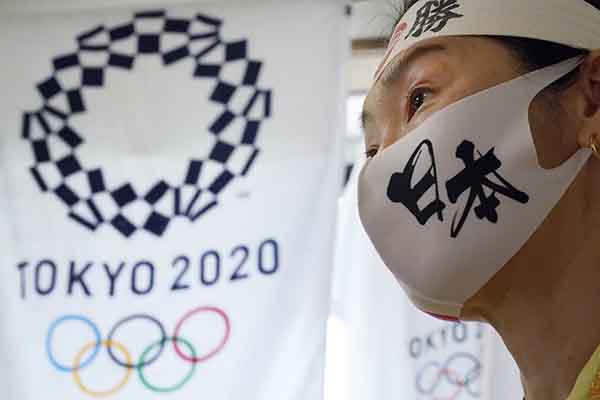 On April 5, it was reported that North Korea supposedly won’t be attending the Olympic Games held in Tokyo this year. The country stated worries about the novel coronavirus as the reason for withdrawing from the competition. Currently, the event is scheduled to be held July 23 to August 8 after being cancelled last year. (CNN) 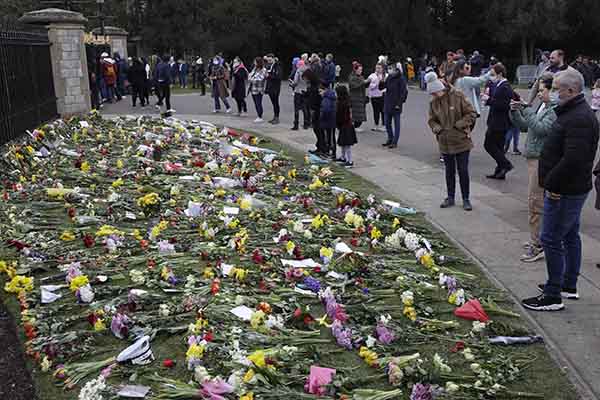 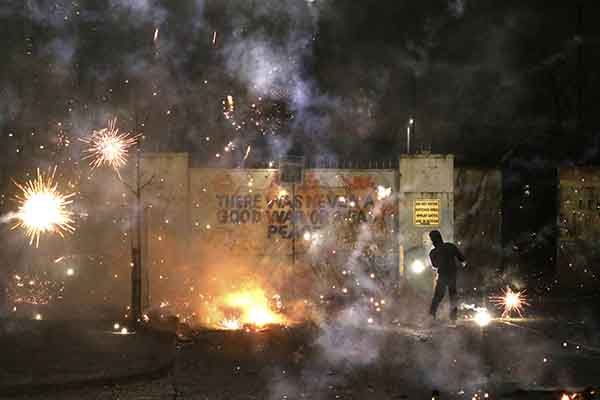 On April 9, after a week of protests, violence in Northern Ireland increased. Unionists have taken to the streets in Brexit-related protests and protests regarding the decision made to not prosecute leaders of the Irish nationalist party. Protests turned to riots as unionists and nationalist communities clashed at the “peace line”. The riots resulted in one bus being lit on fire. At least 55 police officers have been injured trying to keep the peace. Both the US and Britain have called for peace among Irish citizens. (CNN) 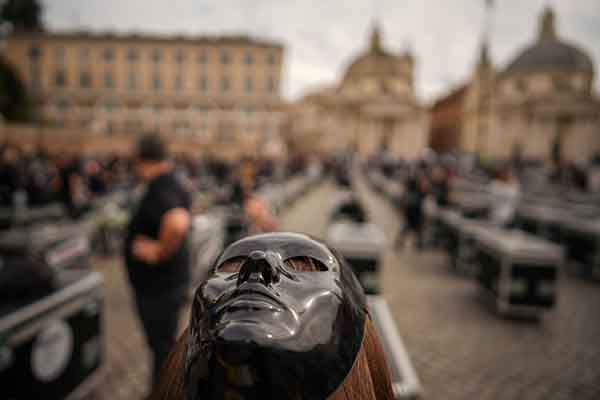 Protests broke out the night of April 11 in Montreal, Canada, as the latest curfew went into effect. The curfew, which is set at 8:00 p.m., was set after looser restrictions led to a spike in cases. The protests started peacefully with people chanting for freedom, but quickly turned violent as a few demonstrators lit fires and threw objects. On April 12, Pakistan announced that it will open the private market for Covid vaccines as the government rollout is delayed due to slow shipments. The move causes some equity concerns as many couldn’t afford the Sputnik V vaccine when it was distributed. On April 11, after reports of blood clots appeared in the US, both South Africa and the EU have also paused the Johnson and Johnson vaccine. On April 13, hundreds, including nine top saints, tested positive for Covid in India’s Haridwar. Over 3 million devoted Hindus gathered in the area for the two-month festival, and police are struggling to impose safety restrictions as the daily number of cases rises. On April 15, Denmark announced it will stop the rollout of AstraZeneca entirely amid rare cases of blood clots. On April 17, Canada warned that the cases are growing at an alarming rate, and hospitals are on the brink of collapse. Despite vaccine rollouts, the UK variant is quickly spreading across the country. On April 17, the WHO reported that there have been over 3 million worldwide deaths and over 140 million cases. The cases have nearly doubled in the last two months, which experts believe could be due to the variants. (CNN)

Egypt Seizes Ever Given

Egypt Seizes Ever Given 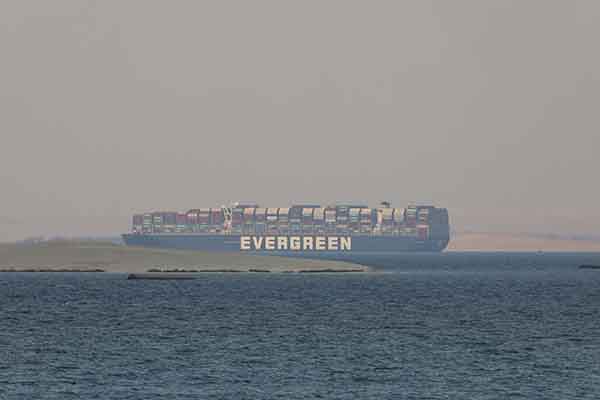 On April 14, Egypt seized the Ever Given ship, which was stuck in the Suez Canal for about a week last month, over a bill of $900 million. An Egyptian court ruled that the bill was compensation for the level of traffic and cargo affected, as well as includes the amount for rescue efforts. Officials have stated that they’re disappointed the ship has been arrested, but have not commented further. (CNN) 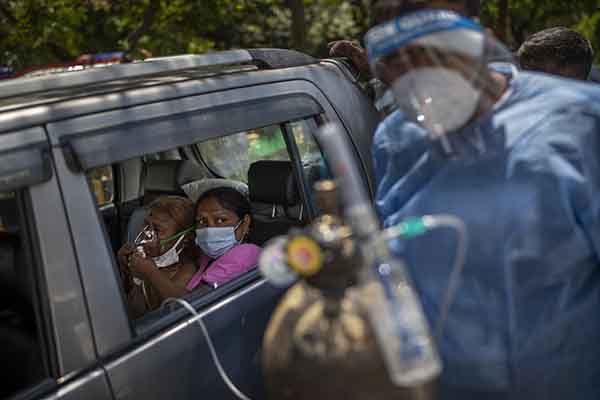 On April 19, India announced that by the end of May, all people 18+ will have been offered the vaccine. India is currently vaccinating people at a record pace, though it is unclear as to whether or not the country will have enough. On April 20, an EU regulator found a link between the Johnson and Johnson vaccine and blood clots, but stated that the benefits outweighed the risk. The US will be voting on it later in the week. On April 21, the Covid wave that struck India in mid-March gained momentum, causing hospitals to collapse under pressure. The country reported over 2,000 deaths in 24 hours, the highest rate it has seen since the beginning of the pandemic. As hospitals collapse, the country is also having difficulty testing for the virus, as it is also short on Covid tests. On April 24, India reported that patients are dying due to a lack of oxygen as Covid cases reach an all time high. The country has reported nearly 1 million cases in the last 3 days. The death toll has risen by over 2,600 in the last 24 hours. Elsewhere, Israel had its first day without any reported deaths due to Covid-19. Israel has had one of the fastest vaccine rollouts, and is beginning to see positive change in numbers. (CNN) 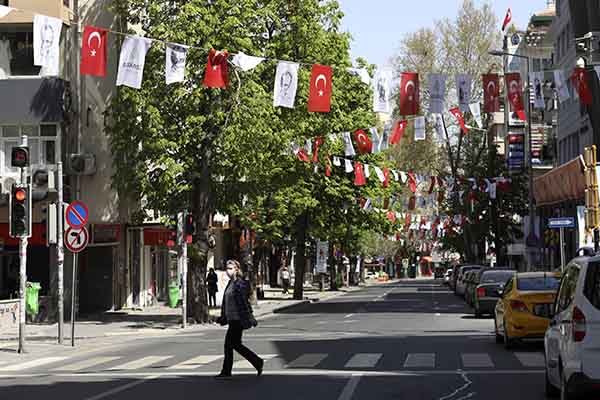 On April 24, a man in Spain was arrested on suspicion of infecting at least 22 people with the virus. The man was awaiting test results and continued on with normal life rather than quarantining. On April 26, Google and Microsoft announced their plans to send help to India, which is seeing about 4,000 new cases of Covid a day. Google has pledged $18 million to help and Microsoft is sending oxygen machines in an attempt to aid hospitals collapsing right now. Mr. Gupta of Google also stated that he hopes the search engine will help citizens find accurate information regarding the pandemic and the country. On April 28, Brazil’s Senate launched a probe into President Bolsonaro’s handling of the Covid-19 crisis. A possible impeachment could affect Bolsonaro’s ability to be re-elected. On April 28, Turkey announced it will face its first full lockdown. The streets flooded with people stocking up on alcohol before the “booze ban” and boarding trains to leave the city before the lockdown takes place. Turkey has been one of the best countries in handling the pandemic, but recent numbers show an alarming increase of cases. (BBC/CNN) 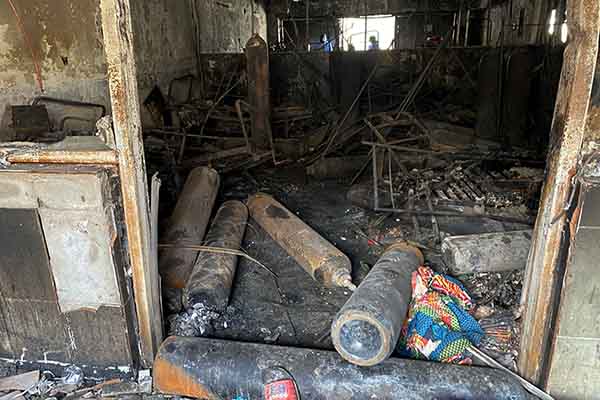 On April 25, at least 82 people were killed, and another 110 were injured, after a Baghdad hospital caught fire. The fire is suspected to be due to an oxygen tank exploding. Social media posts displayed a chaotic scene, but rescuers were able to save at least 200 people. (CNN) 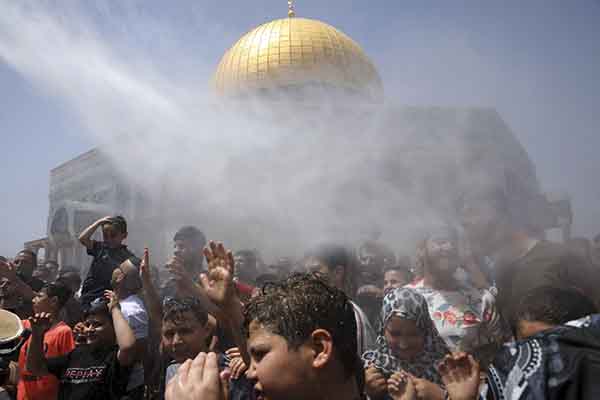 On April 26, dozens of Palestinians were injured after clashing with police. The Jewish extremists were marching through the city shouting “Death to Arabs.” Police attempted to stop the march around the Damascus gate entrance. Hundreds of Palestinians had gathered around the gates to protest the closure of the plaza. The original cause of the tension was the beginning of Ramadan nearly a week ago. (CNN) 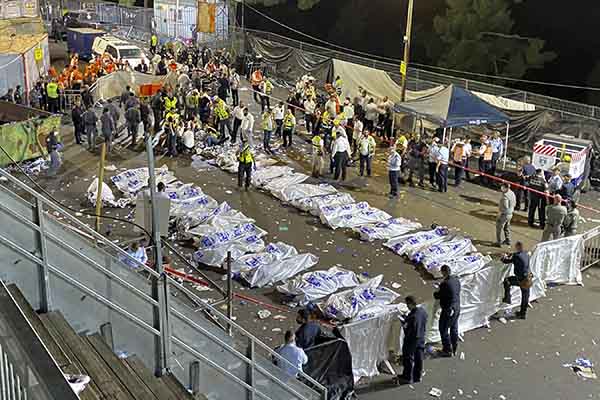 On April 30, at least 45 people died, and another 150 were injured, in Mount Meron, Israel. As buses were busing hundreds of worshippers to a religious festival, a crush at a mass Jewish gathering left a chaotic scene. Too many people were coming into the area from multiple directions, creating what officials believe was too much congestion. (CNN)