The world is a very busy place, and it's hard to stay on top of everything. Infoplease has got you covered. Here are the US news events you need to know so far for April 2021: 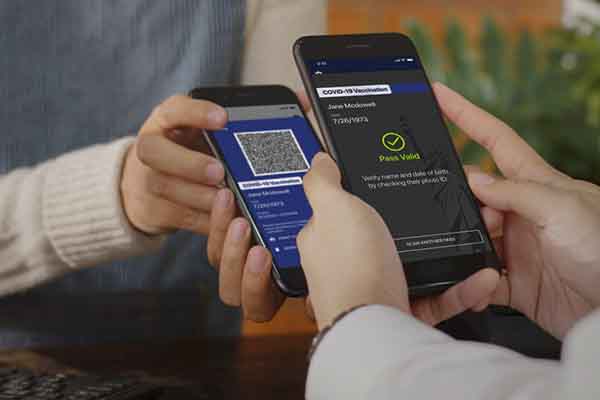 On April 3, a new record was set as 4 million doses of the coronavirus vaccine were given across the country. Dr. Fauci reported that if the vaccinations continue, as well as masks and social distancing efforts, life will go back to normal in the near future. On April 3, New York?s Saint James Theatre became the first Broadway theatre to open its doors since the pandemic began a year ago. On April 3, Florida Governor DeSantis signed an executive order banning the use of ?Covid passports? in government facilities and businesses. Many states are discussing the use of ?Covid passports? as proof that people got the vaccine. DeSantis claimed such a rule is an invasion of privacy and infringes on personal freedoms. (CNN)

On April 2, a male suspect rammed his car into the northern barrier of Capitol Hill. He struck two police officers with his car and ran at others with a knife, but was shot by officers before he could attack any more. One office died from his injuries. There is still little known about the suspect?s motivation for the attack. It is believed that he was mentally ill and a victim of paranoia and delusions. (CNN) 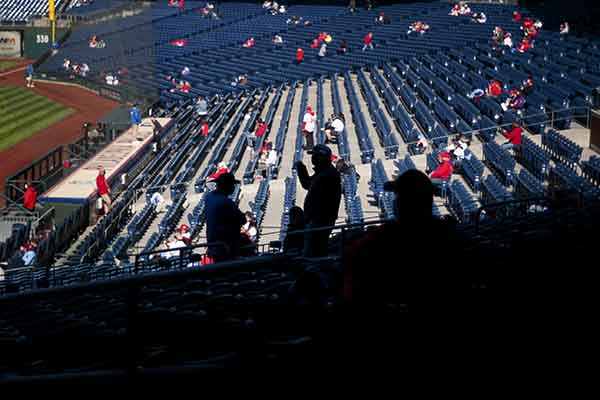 On April 3, the MLB announced that it will pull the All-Star Game from Georgia after the state passed a controversial voter law. The law, which prohibits given food and water to people waiting, restricts absentee ballots, and shortens periods of run-off elections, is said to be restrictive and biased. In a statement, the MLB said it supports voting rights for all and therefore will move the All-Star Game to a different state. Later that week, MLB announced that the game would be held at Coors Field in Denver, Colorado. (BBC) 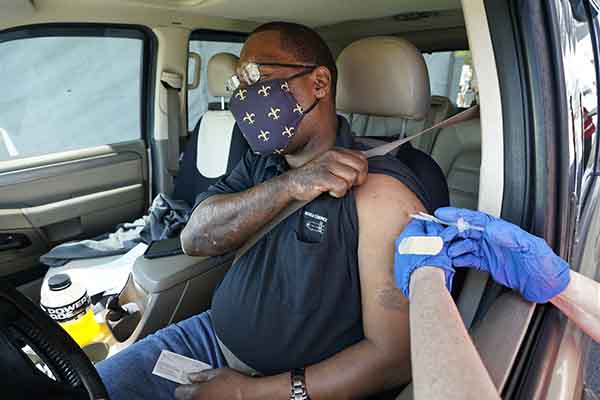 On April 5, it was reported that Michigan is facing another round of Covid, yet this time patients are younger and healthier. As more people get vaccinated, some are still testing positive but with minor symptoms. Experts say the new variant is much easier to catch and may have more severe symptoms. On April 7, the CDC announced that the UK variant is now the dominant strain of Covid in the United States. Early studies have shown that this variant is more contagious, more severe, and more deadly. Currently, there are 16,275 cases of the UK variant confirmed in the US. On April 10, in a 5-4 vote, the Supreme Court blocked another state Covid-19 restriction, stating it infringed on religious rights. The ruling will lift some restrictions that were previously placed on Bible study groups. (CNN)

Multiple Shootings Over One Week

Multiple Shootings Over One Week 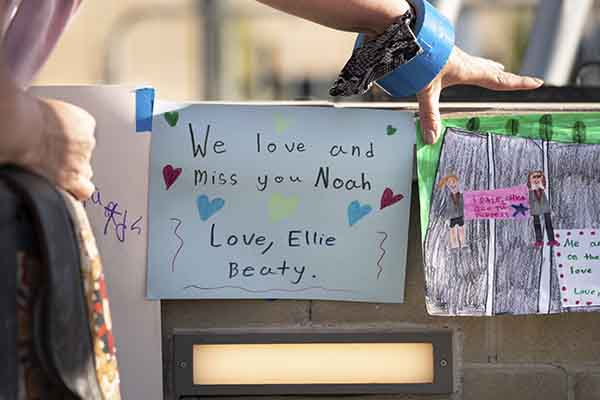 On April 6, a shooting in Frederick, Maryland left two sailors injured. The shooting occurred just outside of a military installment. The suspect is a Navy hospital corpsman who was shot dead by police at the scene. Authorities are still investigating the incident and a possible motive. On April 9, former NFL player Phillip Adams allegedly killed five people and then himself outside Rock Hill. The victims included the prominent Dr. Robert Lesslie, his wife, and his two grandchildren, as well as an air-conditioning technician who was outside the home. Officials believe the cause of this shooting rampage may be CTE as a result of multiple head traumas. Researchers at Boston University will be studying CTE more in depth as a result. On April 9, President Biden held a press conference announcing possible executive orders involving gun control. The new actions will expand background checks, regulate stabilizing braces for pistols, new intervention programs for violence-prone communities, and ?red flag? legislation. On April 10, at least one person died and another five were injured after a highway shooting in Texas. The shooting occurred between two vehicles who were headed the same direction, but police do not yet have a motive. On April 10, a shooting outside a Utah prison left two deputies injured and the suspect dead. Very few details have been released. (CNN) 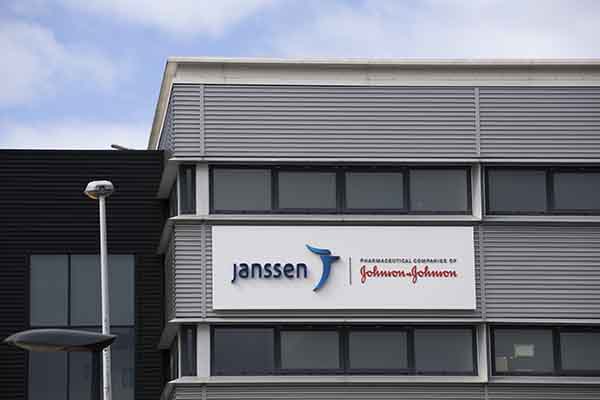 On April 12, it was reported that despite the increase of vaccines, hospitalizations and cases have also increased. This time, the increase is among the younger population that hasn?t received the shot yet. On April 11, the Johnson and Johnson vaccine was halted in the US after the CDC announced six possible cases of blood clots in the US. Both the CDC and FDA have recommended the pause, causing states to scramble. (CNN) 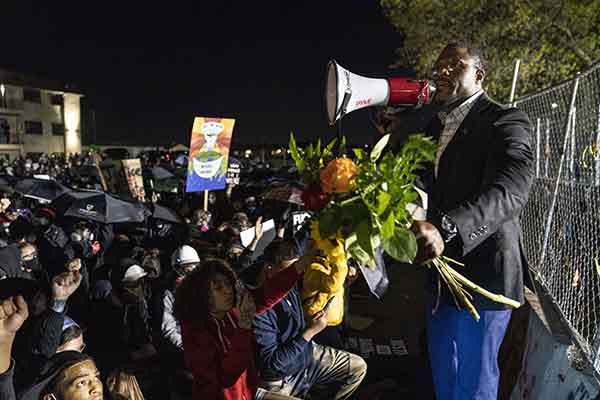 On April 11, the National Guard was deploying in Minnesota after protesters flooded the streets. The protesters came out after a black man was killed by a police officer during a traffic stop. The fatality occurred just ten miles from where former officer Derek Chauvin is standing trial for the death of George Floyd. On April 17, protests continued as the police department declared Duante Wright?s death unlawful. The officer, who has since resigned, claimed she thought she was deploying a taser, not her gun. Protests have since shown up outside police headquarters. (CNN) 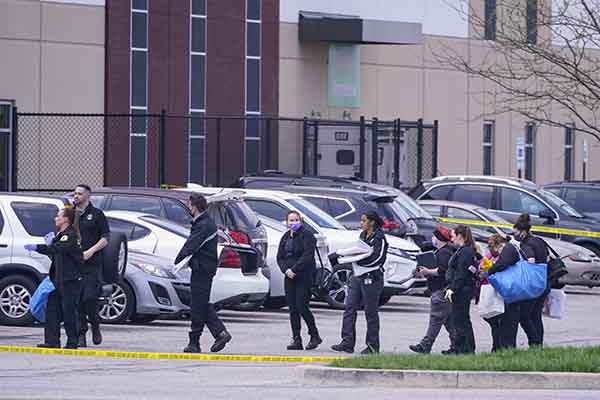 On April 15, a gunman entered a FedEx ground facility near an Indianapolis airport, killing at least 8 people and wounding several others. The suspect, a 19-year-old who once worked for FedEx, was found dead with what appeared to be a self-inflicted gunshot wound. He was investigated by the FBI nearly one year ago after his mother called in a suicide concern. The FBI found and confiscated a shotgun at the time, but no further action was taken. This is the third mass shooting in Indianapolis since the year began four months ago. (CNN) 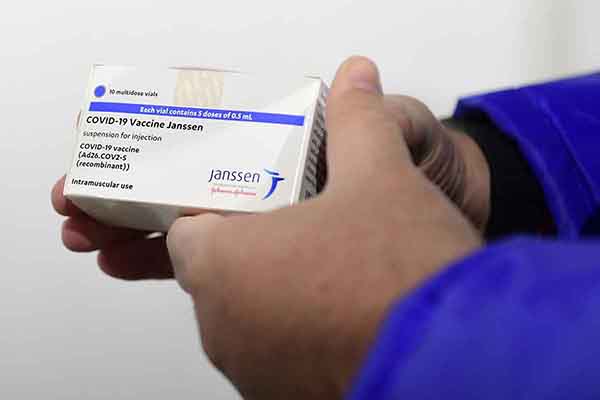 On April 21, the CDC announced that the US is close to a new vaccine issue: enough supply but less demand. President Joe Biden is now tasked with trying to convince those who don?t want the vaccine to take the step to get it. The CDC worries that herd immunity may not be possible until more people commit to getting the vaccination. On April 24, the US announced it will resume the Johnson and Johnson vaccine. Fifteen people of the 8 million who received the jab developed dangerous blood clots, so the vaccine will contain a warning about the potential for blood clots. All 15 of the patients were women, so the warning is given particularly to women. (CNN)

Multiple Shootings Over the Week

Multiple Shootings Over the Week 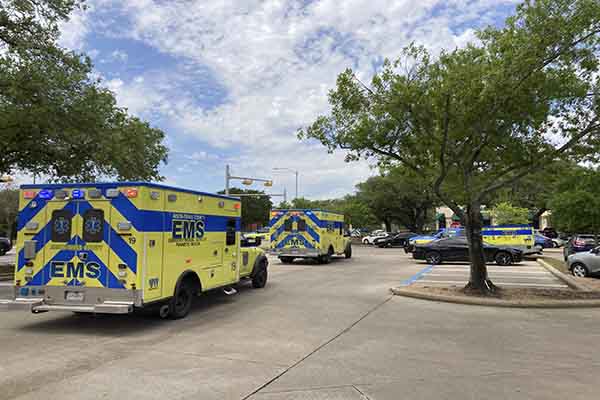 On April 18, a shooting occurred at a tavern in Kenosha, Wisconsin. The shooter left three people dead and another three injured. The next day, police announced they had arrested a suspect. Police believe the gun violence was due to a brawl that occurred earlier. That same day, a man was arrested in Austin, Texas after police suspected him of killing three people. Very little details have been released and a motive is unknown at this time. On April 24, at least five people were shot after a shooting on Bourbon Street in New Orleans. Police do not believe the injuries are life-threatening. Very few details have been released. (CNN)

Fatal Shootings and a Guilty Verdict

Fatal Shootings and a Guilty Verdict 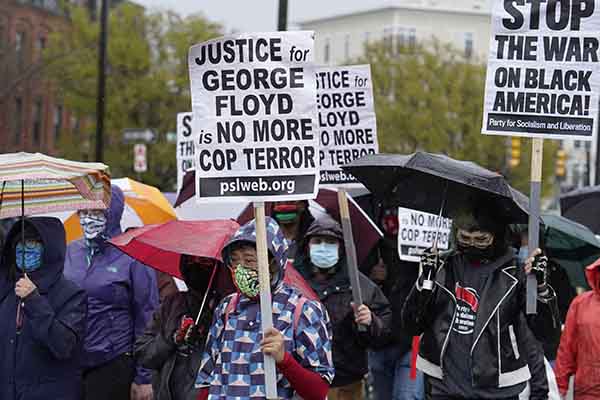 On April 20, as protests continued in Minnesota, Derek Chauvin was found guilty on three counts of murder for the death of George Floyd. On that same day, protests threatened to erupt after a police officer fatally shot a black teen. On April 21, Columbus, Ohio police released the body cam footage and urged people to wait for facts before acting. The officer involved is still under investigation. On April 21, a man was fatally shot by police in North Carolina as they were serving an arrest warrant. Officers have said there is body cam footage but it has yet to be investigated. (CNN)