The world is a very busy place, and it's hard to stay on top of everything. Infoplease has got you covered. Here are the World news events you need to know so far for July 2021: 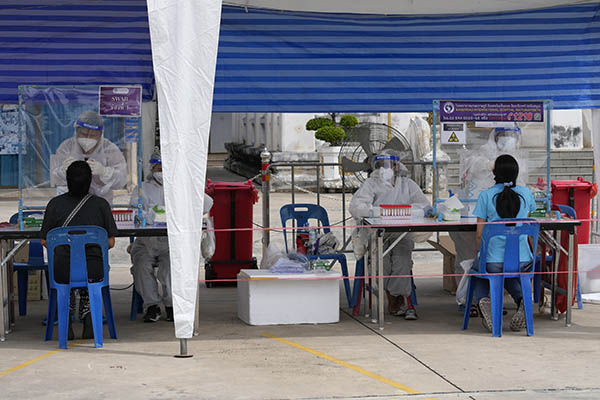 On July 5, it was reported that at least 60 people in Indonesia died from a lack of oxygen in hospitals, as the Delta variant continues to ravage the country. The area is facing its worst outbreak since the pandemic began. On July 6, a leaked memo in Thailand caused some concern for the efficacy of China?s Sinovac vaccine. The memo had various opinions, many suggesting healthcare workers get a booster shot of Pfizer soon. One official warned against this because he thought it would make the Sinovac look ineffective and cause people to lose confidence in it. (CNN) 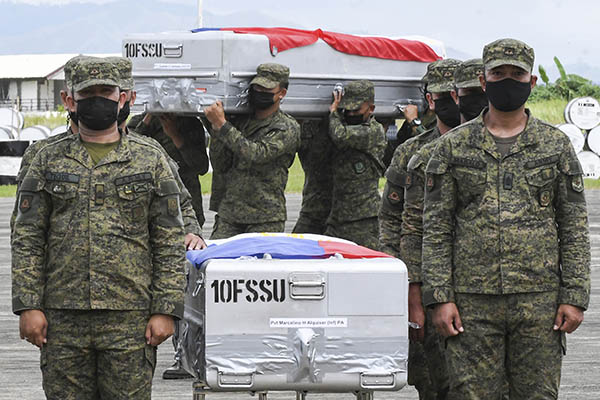 On July 4, a Philippine Air Force plane crashed, killing at least 47 people. The plane was transporting troops before crashing in what is the country?s worst crash in decades. The plane was carrying 96 troops, with 49 survivors. An investigation team arrived on July 5 to inspect the scene. (CNN) 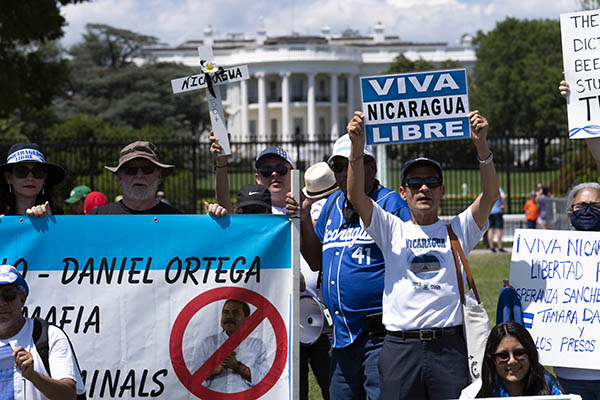 On July 6, a sixth political candidate was arrested in Nicaragua. Many students and leaders were also arrested in what the Nicaraguan Center for Human Rights called ?a night of terror.? More than 2 dozen people have been detained as the election is set to happen in four months. The latest detainees, candidate Medardo Mairena Sequeira and farming and labor leaders Freddy Navas Lopez, Pablo Morales and Pedro Joaquin Mena Amador, are accused of being ringleaders in kidnappings and murders of police officers a few years ago. Spokespeople for the detained have denounced these accusations. (CNN) 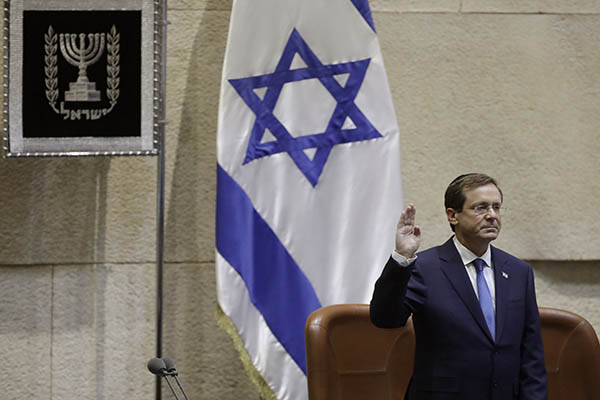 On July 6, the new Israeli government faced its first setback after it was unable to pass regulation to regarding Palestinian citizenship. The bill bars Palestinians from the West Bank and Gaza from gaining citizenship if married to Israelis. It was, however, set to give 1,600 Palestinians an extension on their visa while the government seeks for a more permanent solution after the coalition agreed to amend the law. Lawmakers entered a 59-59 vote, not allowing the law to pass. Critics claim it is a racist regulation that can divide families. (CNN)

Ever Given Released from the Canal

Ever Given Released from the Canal 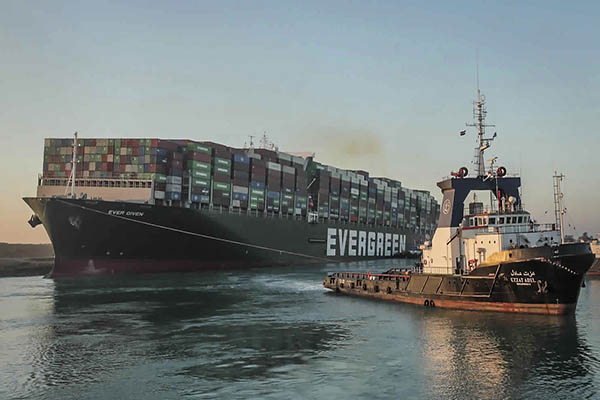 On July 6, the Ever Given, the ship blocking the Suez Canal back in March, was finally released. The ship was impounded for three months as negotiations occurred. It?s not clear how much was paid, but Egypt was requesting $550 million. (BBC) 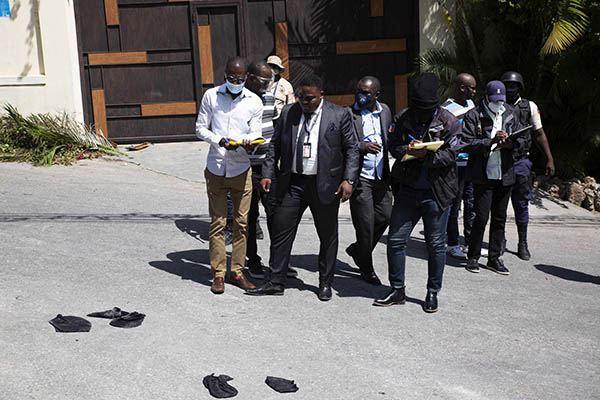 On July 7, Haiti?s President, Jovenel Moise, was assassinated in his home. Haiti has closed its international airport and heightened security in Moise?s neighborhood in response to the assassination. The attack comes amidst a political crisis throughout the country. Moise had just appointed a new prime minister, neurosurgeon Ariel Henry, but it is her predecessor, Claude Joseph, who will take over in the wake of Moise?s death. The capital of Port-au-Prince has also experienced a rise of violence in the month of June. More than 10,000 people have fled to other shelters as arson has also increased around the capital. On July 9, two Haitians (naturalized US citizens) from Florida were arrested in relation to the assassination. Officials believe at least 28 people were involved in the assassination, with 26 being from Colombia. So far, 17 of the suspects have been captured by police. Two of the suspects have been killed during an altercation with police. On July 14, one of the American suspects was arrested in his gated neighborhood. Police found both guns and ammunition in the home. A legal statement from the suspect has not yet been released. (CNN) 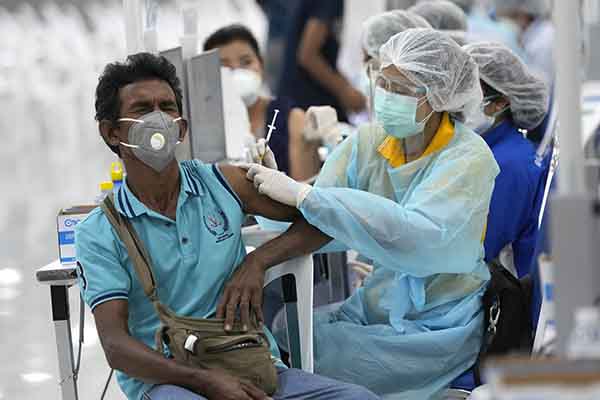 On July 9, South Africa?s hospitals were reported to be overwhelmed by patients due to the Delta variant. In some areas around South Africa, medical workers have been forced to turn away ambulances carrying Covid patients. Many patients are dying in the waiting rooms while waiting for a bed. Just mere days before this report, Johannesburg?s mayor died from the virus. On July 9, the lead scientist for the Sinovec vaccine died in Indonesia from Covid-19. Dr. Novilia Sjafri Bachtiar?s death causes more concern for the Sinovac vaccine, as many healthcare workers in Indonesia have become sick even after being injected. On July 9, lockdowns in Seoul and Sydney were put in place after the increase in cases due to the Delta variant. Private gatherings of more than 2 people will have a 6 pm curfew and gatherings of no more than 4 at restaurants will have a curfew of 10 pm. Sydney extended the lockdown on July 13. On July 12, in a desperate attempt to curb cases, Thailand announced it will be mixing jabs. The new policy will now mix China?s Sinovac with AstraZeneca as a booster after the first dose of Sinovac. Healthcare workers who have already been fully vaccinated will receive a third shot from AstraZeneca. The call comes after various healthcare workers have tested positive for the virus despite vaccinations. Critics, however, have expressed concerns regarding the dangers of mixing two vaccines, especially since it hasn?t been tested. On July 13, Greece and France joined Italy in making vaccines mandatory for healthcare workers. Those who refuse the vaccine will not be paid. As European countries see a rise due to the Delta variant, some are even considering making the vaccine mandatory for all. On July 13, a fire broke out at an Iraq hospital designed to care for Covid patients, killing at least 92 people. At least 50 people were injured in the fire, which was caused by an oxygen tank exploding. On July 16, Canada announced plans to allow fully vaccinated Americans to travel for non-essential business come mid-August. (CNN)

Tensions in Afghanistan Continue to Rise

Tensions in Afghanistan Continue to Rise 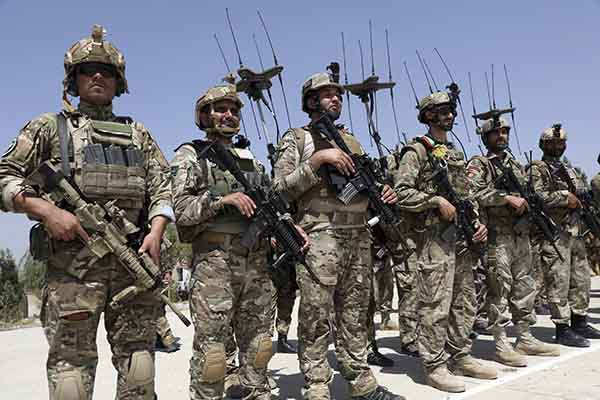 On July 1, CNN reported that peace talks between the Taliban and the Afghan government do not seem promising. The talks come after President Biden announced plans to withdraw troops. Since then, the Taliban has been overtaking various areas around Afghanistan. Talks between the two groups aren?t only moving slowly, but they?re also making very little progress. On July 9, Taliban militants claimed to have seized two border towns: Islam Qala near Iran, and Torghundi bordering Turkmenistan. The seize has caused more international concern as tensions continue to rise. On July 14, the Taliban executed at least 22 members of the Afghan Special Forces. The battle occurred as the commandos tried to keep hold on the town the Taliban was hoping to capture. Video footage obtained by CNN shows a stark contrast to the Taliban?s claim that it will accept soldier surrenders. (CNN) 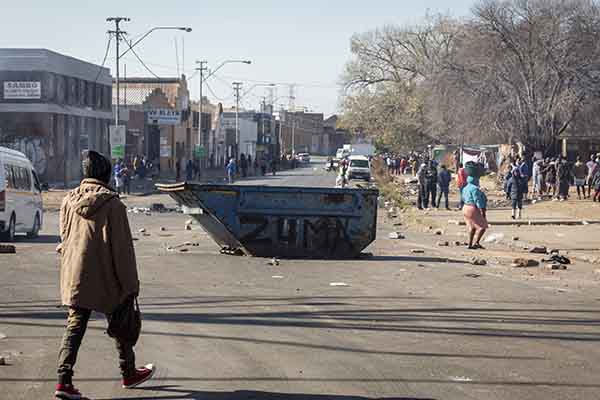 On July 6, the economic crisis in Lebanon deepened, causing former Prime Minister Hassan Diab to say that the country is on the brink of ?social explosion.? The local currency has decreased in value by 90% and 77% of households don?t have enough food. The prime minister is calling for international forces to help the country. On July 14, Lebanon?s Prime Minister-designate Hariri stepped down after nine months on the job. Hariri claimed the president hasn?t signed off on many of his decisions. On July 13, South Africa?s former President, Jacob Zuma, was jailed, sparking lootings and protests across the country. The current president has deployed the military in an attempt to quell the violent protests. As the looting continues, many vaccination sites have had to completely pause, slowing both vaccination rollout and potentially causing a rise in cases. The country also worries there is a huge risk of food shortage looming overhead if protests and looting continue. A few days later, South Africa?s military was deployed as violence continued to rise. At least 6 people have been killed and another 500 arrested during this time. On July 14, the number of deaths rose to 72, making it some of the worst violence the country has seen in recent years. Many people are dying in stampedes and more than 1200 people have been arrested since the start of the lootings and protests. On July 13, in a rare act, Cubans flooded the streets for anti-government protests. Protesters are highlighting the lack of food and medicine as the Coronavirus pandemic continues. Many are asking for the president to step down and for the citizens to be given freedom. The following day, protesters reported that at least 100 people have been arrested or are missing, and at least 1 person has died during the anti-government protests. Video footage shows clashes between police and protesters, as protesters throw stones and tip cars. (CNN) 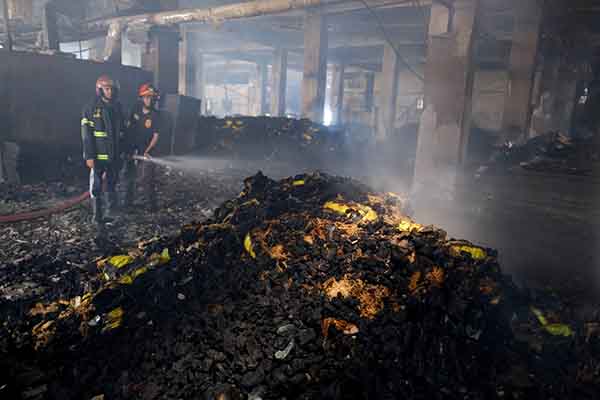 On July 9, at least 52 people died after a fire at a Bangladesh factory. The six-story juice factory caught fire on the first floor, according to officials. Chemicals and flammable materials within the factory made it difficult to contain the flames. At least 25 people were rescued and 50 more were injured, mostly factory employees. (CNN) 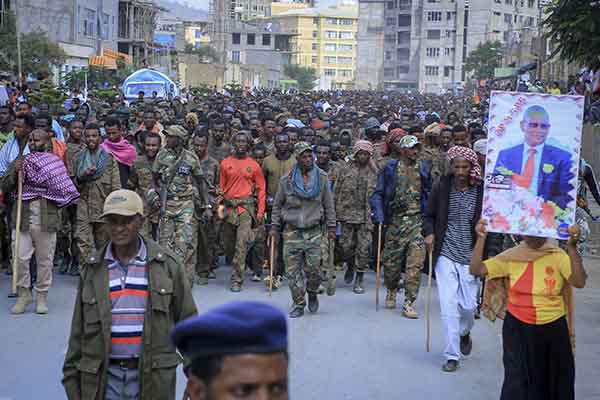 On July 11, President Abiy Ahmed won the first round in a landslide victory. His victory comes amid the rising Tigray conflict and accusations of voter fraud. Both the US and the EU have stated concerns regarding the integrity and environment in which the election is being held. Though Ahmed did receive a Nobel Peace Prize, there has been recent criticisms surrounding his handling of the Tigray region, where hundreds of civilians have been killed. Many citizens in war torn areas have been unable to cast their ballots. (CNN) 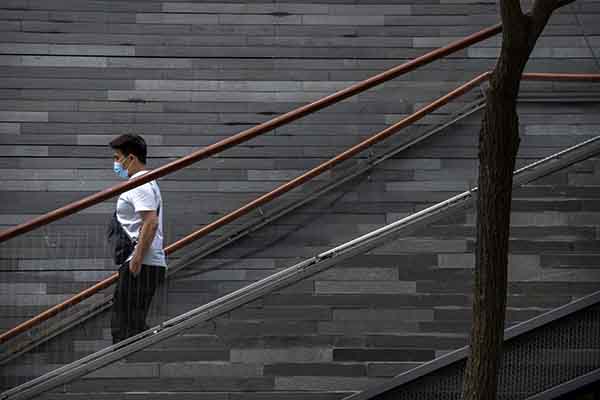 On July 13, at least 17 people were killed and another 5 wounded after a hotel in Suzhou collapsed. Rescuers have found groups of people, some having survived. Investigators found the collapse was caused by the owner changing the structure of the building. In recent years, the building has undergone many renovations. (BBC)