The world is a very busy place, and it's hard to stay on top of everything. Infoplease has got you covered. Here are the World news events you need to know so far for May 2021: 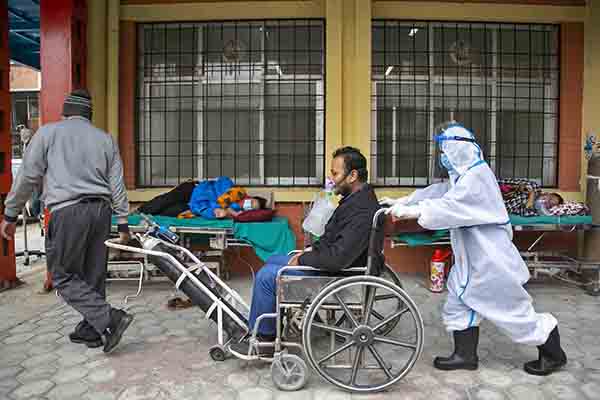 On May 3, India’s main opposition party called for a nationwide lockdown as cases reached more than 20 million. The prime minister is still resisting the move in fear of economic collapse. While cases appear to be slowing down, the number of tests also has, causing some unknowns regarding the true number of cases. On May 3, a study was released stating that 1 in every 3 deaths in Brazil this year was due to Covid. South America has seen quite the surge in cases these last few months as mask mandates and social distancing continue to be disregarded in some areas. On May 5, Canada approved the Pfizer vaccine for children ages 12-15. On May 7, as the situation in India worsened, it was reported that other areas of South and Southeast Asia are facing hardships, as well. Nepal, Sri Lanka, Thailand, Cambodia, and Indonesia are facing a spike in cases. The WHO has warned the area to take precautions before the virus spikes uncontrollably. On May 7, the WHO announced emergency approval of the Chinese vaccine Sinopharm. This is the first non-Western made vaccine to be backed by the WHO, and it has been given to millions already. (CNN/BBC)

Protests in Colombia and Berlin

Protests in Colombia and Berlin 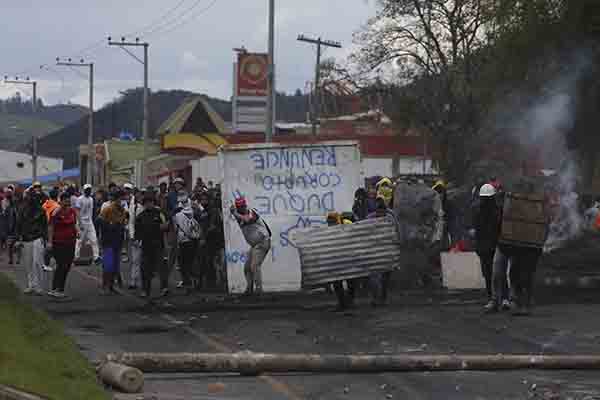 On May 2, at least 354 protesters were arrested on May Day in Berlin. The protests occurred during the area’s Labor Day and left at least 93 police officers injured. City officials have stated the protests were not spurred by political reasons. That same day, a recent tax reform in Colombia led to protests that left one policeman and five civilians dead. Officials have stated that at least 179 civilians and 216 police officers have been injured since the protests have started. The violence has been going on for at least three days now. (CNN) 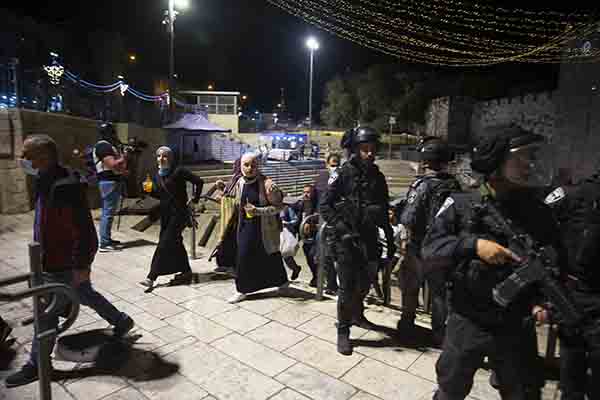 On May 7, at least 163 Palestinians and 6 Israeli officers were injured after clashes at Al-Aqsa Mosque. Thousands had gathered to celebrate Ramadan before the celebration turned violent. Police fired rubber bullets and attendees threw bottles and stones. (BBC) 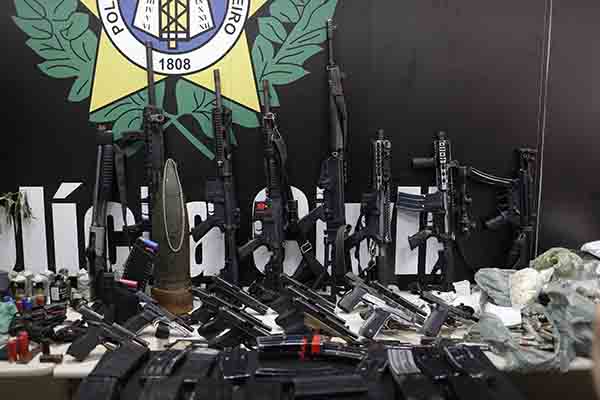 On May 6, at least 25 people, including one police officer, died in a drug raid in Rio de Janeiro, Brazil. The anti-drug raid was performed despite the Supreme Court ruling for a pause on them during the pandemic. This raid is deemed one of the deadliest the country has ever seen. (CNN) 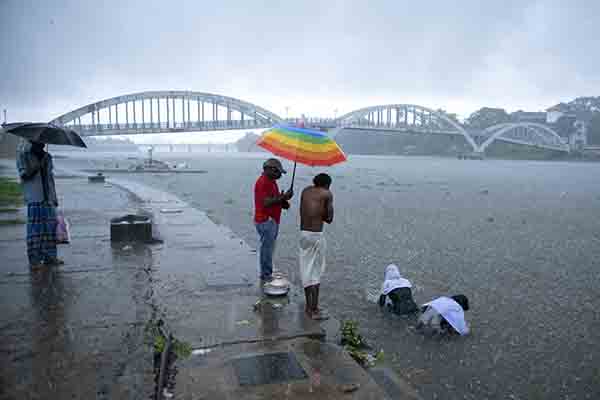 On May 10, Spain lifted its curfew, prompting hundreds of people to flood the cities and party. As hundreds flooded the streets and beaches, few masks were seen as well as groups larger than 6 and very little social distancing. Police informed the crowds that there were still guidelines that needed to be followed to avoid consequences. On May 10, Tanzania’s new president stressed the importance of masks, officially ditching the previous president’s view on masks. President Hassan is now taking steps to see if Tanzania should follow the path of various other countries in terms of handling the pandemic. On May 11, India media reported that bodies are washing up in the Ganges River as the Covid crisis worsens. At least 71 bodies have been recovered from the banks of the river. However, outlets have not confirmed that the bodies are Covid-positive. The rise in Covid cases has also led to a global shortage since many ship crews consist of Indians. On May 11, Laos reported a Covid outbreak near the Kings Romans casino. On May 12, Nepal faced political crisis as the Prime Minister was forced to step down due to his handling of a second wave of Covid. Nepal has seen a dramatic increase in cases in the past few weeks. (CNN) 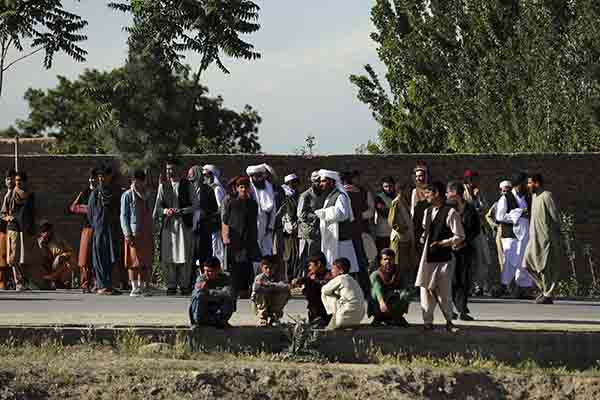 On May 10, at least 85 people died after a bomb attack hit a girls’ school in Kabul, Afghanistan. At least 147 people were injured in the attack, which involved a car bomb and two other bombs. While no group has claimed responsibility for the attack, the Taliban has denied responsibility. (CNN) 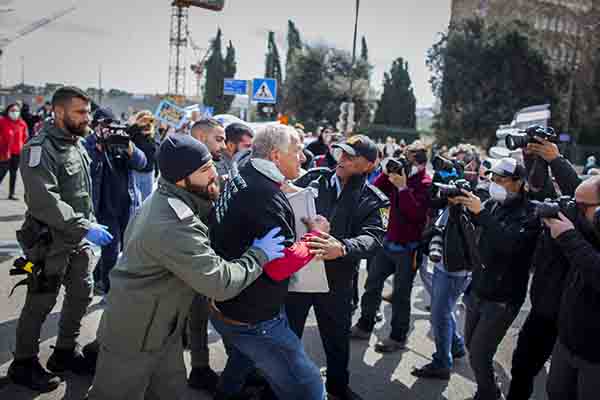 On May 10, Israel launched air strikes against the Gaza Strip, killing at least 20 people. The strike was performed after rockets were shot at Jerusalem from the Gaza area. The rockets caused Israel’s parliament to evacuate and sirens to sound. Tensions between Israel and Palestine have risen in recent days. On May 12, at least 35 people were killed in another airstrike against Gaza. The areas have been ramping up airstrikes against each other for the past few days as Gaza continues to launch rockets. Over 200 civilians have been injured. On May 15, another 10 Palestinians died after Israeli forces clashed with civilians near West Bank. Palestinians are being targeted with rubber bullets, live ammunition, and tear gas. Over 500 Palestinians have been targeted since the attacks started. Israel’s Prime Minister has vowed to continue to respond forcefully to all Gaza’s rocket attacks. (CNN) 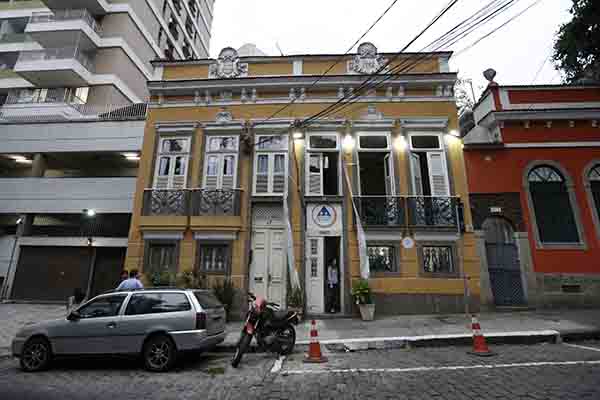 On May 10, at least four people were injured in a stabbing at a New Zealand supermarket. Three of the victims are currently in critical condition. The attacker was tackled by shoppers before being arrested. A motive hasn’t been released. (BBC) 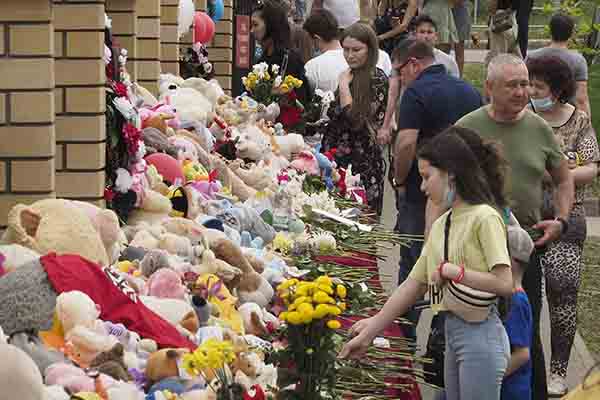 On May 11, at least seven children died after a school shooting in Russia. Another 17 were injured during the attack at a Kazan school. The gunman has been arrested. Initial reports claimed there were two, but it appears to be a single suspect at this point. No motive has been released. (CNN) 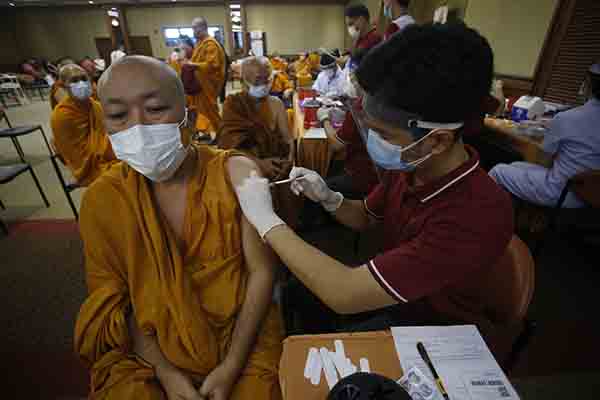 On May 18, EU drug regulators announced that the Pfizer vaccine can be refrigerated for longer than previously thought. Once thawed, unopened vials can now be kept in a fridge for at least a month. Previously, the vials could only be kept for five days. On May 18, Thailand reported its highest number of Covid deaths as the third wave of the virus spread through overcrowded prisons. Officials are now focused on vaccinating prisoners to help stabilize numbers. Of the 2,473 new cases reported in 24 hours in Thailand, 880 were prisoners. On May 19, Kenya’s prime minister reported that the country is just days away from running out of vaccines. The country only has about 100,000 AstraZeneca doses left. Less than 2% of Kenya’s population has received the first dose. On May 19, as India’s cases continue to sore, CNN reported that several Indian states are facing a black fungus drug shortage due to the virus. An increasing number of black fungus infections are being seen in patients infected with Covid-19, and patients who have recovered from the virus. (BBC/CNN) 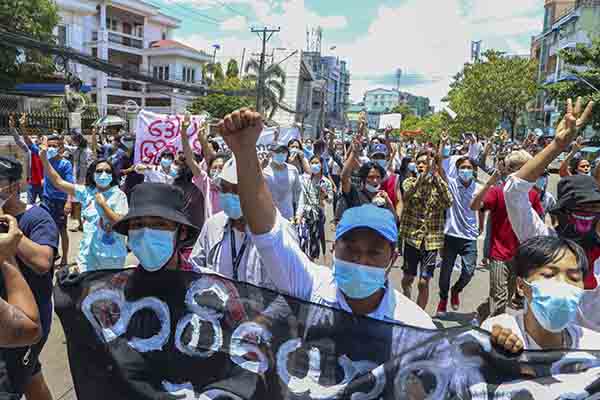 On May 17, Myanmar’s army continued to fight anti-coup groups in towns that are rebelling against the coup. The junta imposed martial law the week before, only adding to the growing violence, as protesters are now called “armed terrorists”. Protests have continued daily and civilians have continued to be killed. (CNN) 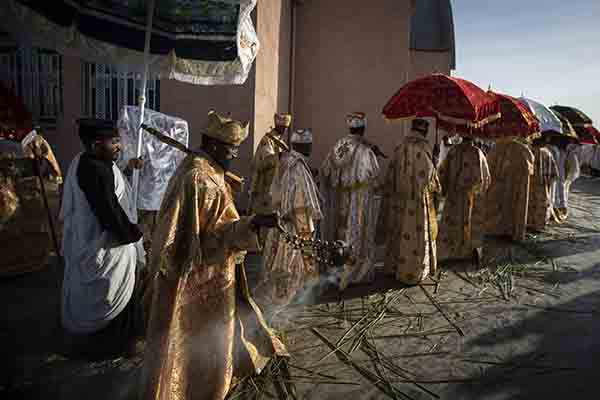 On May 19, CNN reported that Ethiopian soldiers armed with machine guns, grenades, and snipers raided hospitals in Tigray. Both Ethiopian and Eritrean troops are blocking humanitarian aid from reaching those in need. The raids contaminated various rooms and stopped any procedures from happening at all. The US government has stated that these conditions and increasing violence in the region (which began months ago) is unacceptable. (CNN) 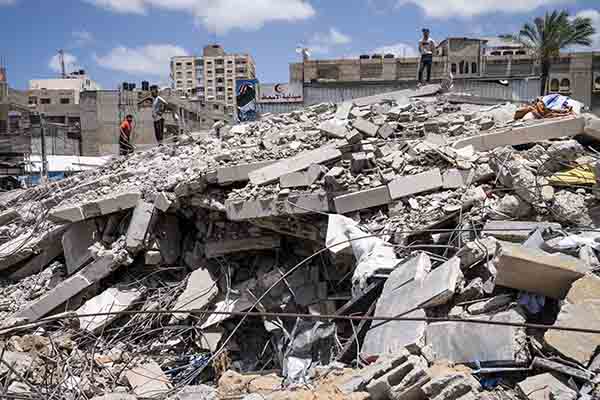 On May 17, the conflict between Israel and Palestine reached its deadliest day, as 43 people were killed by a new airstrike and 50 more wounded. Gaza launched 100 rockets towards Israel, leading Israel to bomb the house of Yahya Sinwar, the leader of Hamas. Reports claim Sinwar is uninjured. Israel continues to launch airstrikes, bringing the total death toll to 197 Palestinians. Rescue teams continue to search the rubble. On May 19, celebrations erupted after a Israel-Hamas ceasefire was reached, but shortly after, airstrikes and rocket launches continued. Schools in Hamas Gaza have been turned into shelters, which could also lead to them being super-spreaders of the Covid-19 virus. President Biden gave Prime Minister Netanyahu a deadline call for de-escalation measures. On May 22, the ceasefire was officially put into effect and aid reached Gaza. More than 250 people have been killed in the last 11 days. (CNN/BBC) 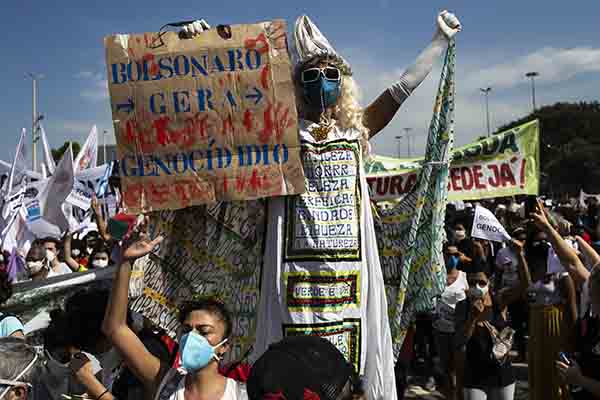 On May 25, Canada announced that it will slowly reopen despite the number of patients in hospitals. Prime Minister Trudeau said that come June, there will be a vaccine dose for everyone who wants one. Health officials have said cases have dropped 40% since mid-April; however, hospital rates have barely decreased. On May 27, Japan considered pushing to a state of emergency as the Olympics neared. The emergency measures were originally reintroduced in April, but new cases still hang around 4,500 each day. The emergency order is expected to expire May 31, but officials are strongly considering extending it. Right now, residents are expected to stay home and abide by mask mandates and social distancing. On May 24, the US warned citizens away from traveling to Japan. On May 27, Melbourne announced that it will enter another lockdown for seven days as fears rise over a possible outbreak. Authorities have found 26 cases, and various sites that may have been contaminated or at risk. On May 30, thousands of protesters took to the streets of Brazil, calling for the resignation of Bolsonaro. Protesters are also calling for better access to the vaccine, as the country is facing its third wave. On May 31, Vietnam reported a new coronavirus variant that’s a hybrid of the UK and India variants. Vietnam has seen a sharp uptick in cases since April, reporting more than half its numbers in just the last month and a half. The country has begun mass testing in response to the new variant. (CNN) 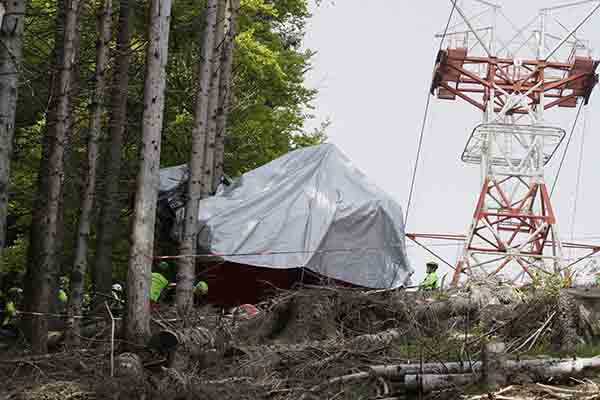 On May 26, at least 14 people died after a cable car accident occured in northern Italy. On May 26, Italian officials arrested 3 people in connection with the accident. The suspects admitted that the emergency brakes had been acting up in the days before the accident, so they deactivated the emergency brakes. The accident, however, was caused by a broken cable. The three suspects have been charged with manslaughter. (CNN)

Hundreds of Remains Found in Canada

Hundreds of Remains Found in Canada 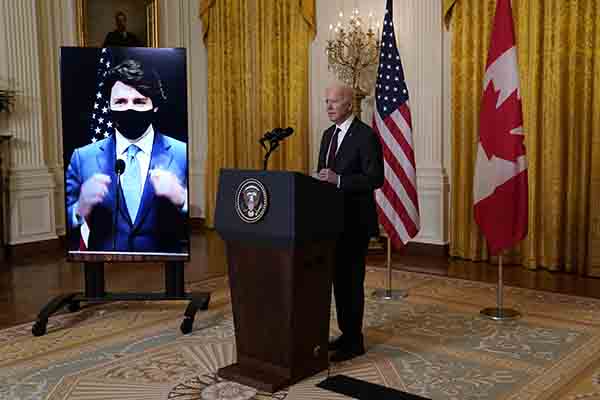 On May 29, the remains of 215 children were found at the Kamloops Indian Residential School in Canada. This gruesome discovery comes decades after the school was last in session. Survivors said that for years they wondered what happened to friends and classmates after they disappeared from the school. The school was run by the Catholic Church before the government took it over between 1960 and 1970, when it was shut down. Investigations are ongoing as the community grapples with this information. (CNN)