The world is a very busy place, and it's hard to stay on top of everything. Infoplease has got you covered. Here are the World news events you need to know so far for March 2021: 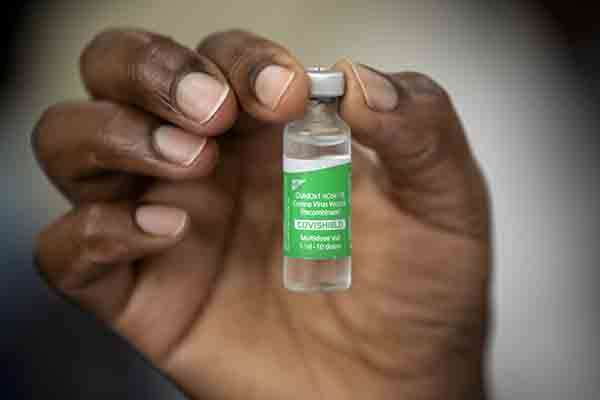 On March 4, Italy invoked EU powers to halt the shipment of 250,000 Covid-19 vaccines to Australia. The move comes after tensions between European countries and AstraZeneca continue to rise. Originally, the pharmaceutical company offered to deliver more vaccines than it actually could. On March 5, France announced that it may possibly do the same, sparking more concerns about vaccine nationalism. On March 6, violent protests gripped Paraguay as people gathered in the streets to protest the government?s handling of the virus. In response, the president fired three ministers; however, protesters would prefer he resign himself. (CNN) 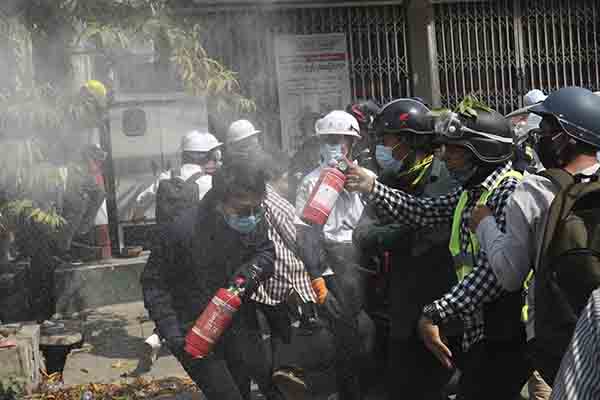 On March 2, a fight broke out over Myanmar?s UN seat. UN Ambassador Kyaw Moe Tun still claims to hold the seat after an impassioned speech rejecting the military takeover. However, a deputy ambassador claims the new military leader would like him to fulfill the seat. Both sides have sent a letter to the United Nations to make their case. That same day, protesters flooded the streets once again after Aung San Suu Kyi was given two more charges. The public nor her lawyers have seen Suu Kyi since she was detained, but believe she is still in good health. On March 5, Youtube removed 5 channels belonging to the Myanmar military, claiming they incite violence. By March 5, the death toll due to the violent protests following the coup had reached 55. (CNN) 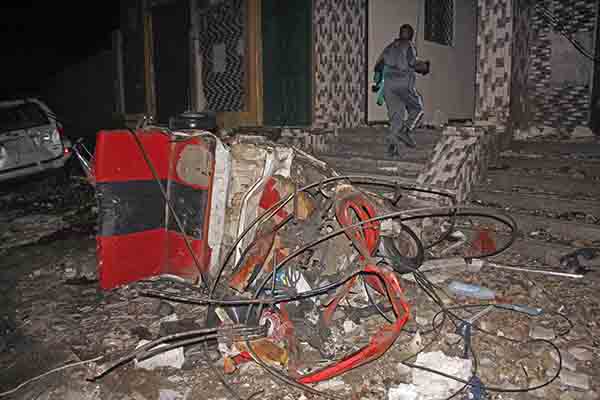 On March 5, a car bomb exploded in Mogadishu, Somalia, killing at least 20 people and injuring another 30. The explosion was followed by heavy gunfire. Along with the fatalities and injuries, the bomb destroyed surrounding businesses and buildings. Al-Shabaab has claimed responsibility for the attack. (CNN) 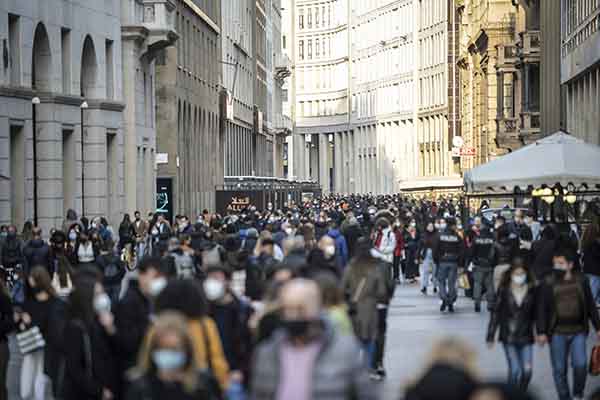 On March 8, both the President of Syria and his wife announced that they tested positive for Covid. The Assads plan to self-isolate and are in stable condition at the moment. On March 10,, it was reported that hospitals in Brazil are on the brink of collapse as 80% of ICU units are occupied by Covid-19 patients. Experts worry the new highly contagious variant is to blame and will only increase if no measures are taken. Central Europe is also facing trouble with a new wave. The Czech Republic is sending ICU patients abroad as they reach ICU occupancy numbers. Hungary went on another lockdown, shutting schools and shops. Cases in Poland are also on the rise, leading to new restrictions. On March 12, Italy announced it is facing a possible Easter lockdown as cases continue to rise. Major cities will start their lockdown on March 15. On March 13, Europe announced they are suspending the Astrazeneca vaccine due to its tendency to cause blood clots. The pharmaceutical company has said it has no evidence to support this claim. On March 13, over 200 Russian opposition activists were arrested ?for breaking Covid protocol? per the government. The protesters are still out protesting the arrest of Navalny. On March 13, reports indicated that Brazil is being ravaged by the new coronavirus variant, as many people continue to refuse to wear masks. Hospitals and ICU units are on the brink of collapse as cases in Brazil rise. (CNN/BBC) 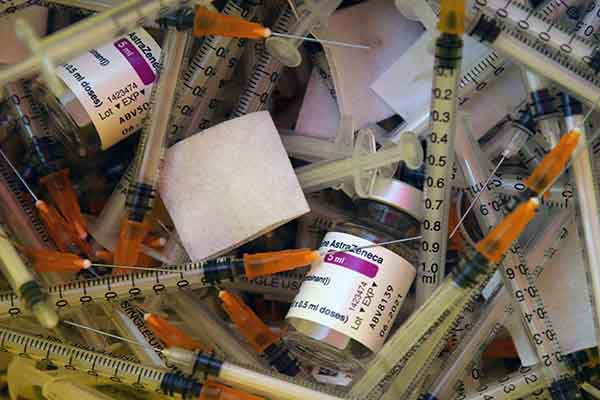 On March 15, Ireland followed suit, pausing the AstraZeneca vaccine after blood clots were found in patients in Norway. AstraZeneca is doing more research, but claims there?s no apparent connection between the vaccine and blood clots. On March 19, the EU vaccine regulators ruled that AstraZeneca is indeed safe for use; however, they worry the damage is already done after the public fears earlier this month. Though minor connections to blood clots still remain in question, the regulators have stated that the benefits outweigh the risks at this point in time. On March 20, Pakistan?s Prime Minister Imran Khan announced that he has tested positive for coronavirus, only one day after receiving the vaccine. Both he and his wife are reportedly fine and self-isolating for the time being. (CNN) 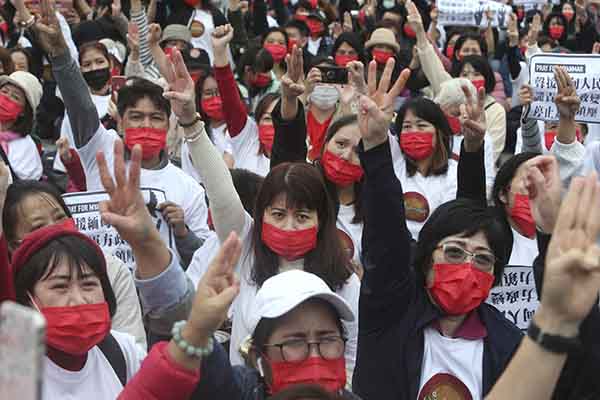 On March 15, the coup in Myanmar reached its deadliest day yet, as Myanmar security forces killed at least 38 people during protests. They also declared martial law in six areas where Chinese-funded factories were lit on fire. Military forces fired on unarmed crowds during the clash. The death toll is now up to 126 as citizens protest for rights and the release of Suu Kyi. On March 17, national concerns rose as Myanmar faced another internet blackout in an attempt to squash opposition leaders. Officials also revealed that the death toll is now up to 202, a large increase since the week before. It is also expected that the death toll is higher since the UN doesn?t have access to some areas where many killings are occurring. (CNN) 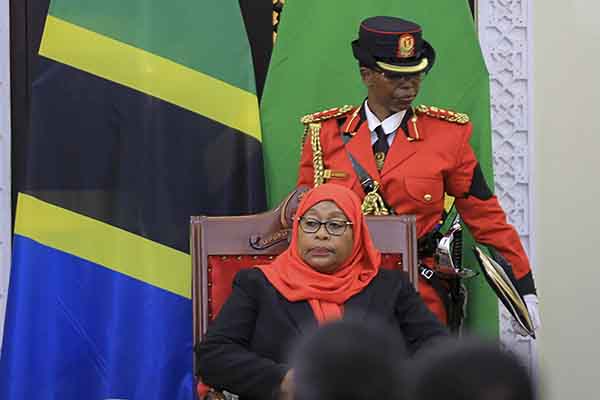 On March 17, it was reported that Tanzania?s President John Magufuli died in the hospital at the age of 61. Magufuli had not been seen for weeks, and succumbed to a heart ailment he?s faced for ten years. The vice president, Samia Suluhu Hassan, has declared 14 days of national mourning. She will be sworn in at a later date as Magufuli?s replacement, making Hassan the first female president of Tanzania. There are many rumors that the president actually fell ill due to Covid, but there?s no evidence to support this claim. (CNN) 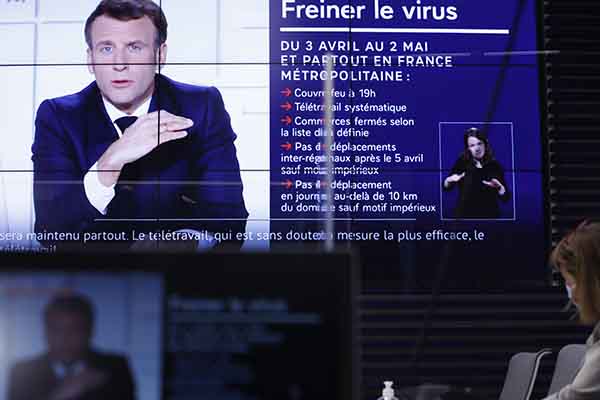 On March 22, opposition leader Guy Brice Parfait Kolelas died after Covid-19 complications. The candidate?s death comes just one day after the Republic of Congo election, where he was a top contender. Before his death, Kolelas released a video from the hospital urging people to vote for the change he promoted despite ?being close to death?. On March 21, experts reported concerns about India?s growing cases. The country has seen 260,000 new cases in the last week, one of the largest rises since the pandemic began. Thus far, India has reported 11 million cases and 160,000 deaths with no end in sight. On March 23, Kremlin reported that President Putin received the Covid-19 vaccine, nearly three months after being cleared to receive it. In an unusual move, Russia performed the vaccination without cameras or photographs. On March 23, Germany announced a hard five-day lockdown over the Easter weekend, closing most stores and preventing more than two households from gathering. However, this lockdown was later reversed, as Merkel claimed to have made a ?mistake? when announcing the lockdown. On March 25, Hong Kong and Macao announced a suspension of BioNTech vaccines after a packaging defect in the first batch of doses. On March 25, India announced a temporary ban on AstraZeneca vaccines, a move that many experts question. While the ban is temporary, experts believe it will soon be reversed as India?s rise in cases will create a need for as many vaccines as possible. On March 31, it was announced that President Macron is expected to tighten Covid restrictions in France as numbers rise and ICU capacity decreases. As of now, there?s a nationwide curfew and non-essential businesses remain closed, but Macron is expected to introduce more restrictions, including a three week closure of schools. On March 31, China was accused by the WHO chief and 14 countries of withholding data from Covid origins. The claim comes after the WHO released the data of their investigation, which many claimed was not complete or transparent. Beijing has accused the other countries of politicizing the virus and the investigation findings. (CNN/BBC)

Protests Erupt Around the World

Protests Erupt Around the World 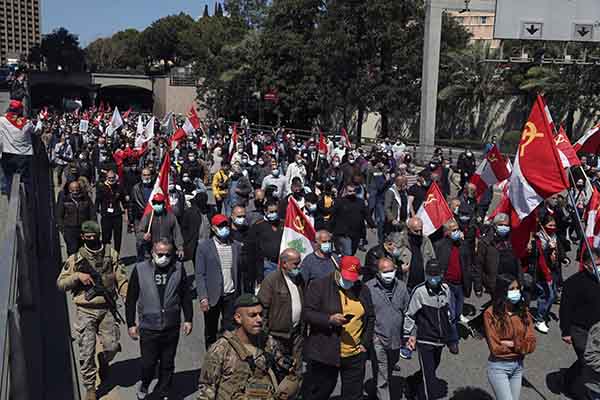 On March 20, tensions in Lebanon remained high as the country closed in on an economic collapse. CNN reported that fistfights are a daily occurrence in supermarkets, gas stations are closing, and pharmaceutical lines are out the door. The civil conflict is quickly turning violent throughout the country. On March 21, protesters flocked the streets of Turkey after the country withdrew from the international treaty designed to protect women. The controversial call comes after a record number of domestic violence cases and femicides. It is unclear why Turkey pulled out from the Istanbul Convention, though some supporters claim the convention ?harmed family values.? On March 22, protesters turned violent against police, setting cars and vehicles ablaze during their demonstration in Bristol. These protesters are protesting a crime bill that was recently passed, potentially destroying the right to demonstrate. The English government has denounced the ?Kill the Bill? demonstrations as they continue to turn violent. (CNN) 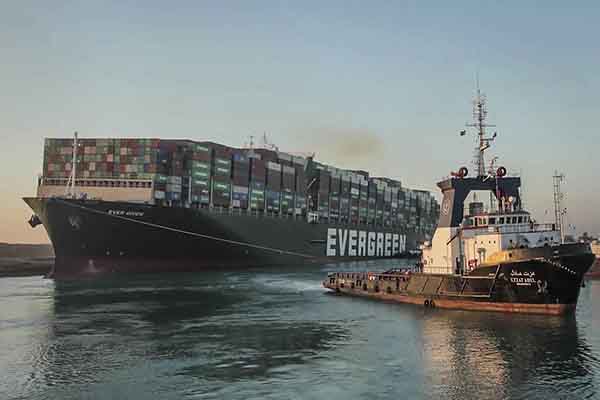 On March 27, days after a shipping container ship became lodged in the Suez Canal, it was reported that it may take days to weeks to dislodge. Strong winds and a sand storm caused poor navigation and seeing, causing the ship to get stuck. The stuck ship has created quite the traffic jam, as there is no way to move around it. The 224,000 ton vessel first became lodged on March 23, with no sign of budging. The 25 crew members have remained on board during the ordeal. On March 29, the rear of the Ever Given ship was dislodged, but rescuers believe it will still take time to refloat the vessel and fully open the canal. On March 31, rescue missions failed yet again as rescuers announced that they may need to remove 706,000 cubic feet of sand in order to move the Ever Given. Water may also need to be removed from around the area in order to remove the ship. (CNN) 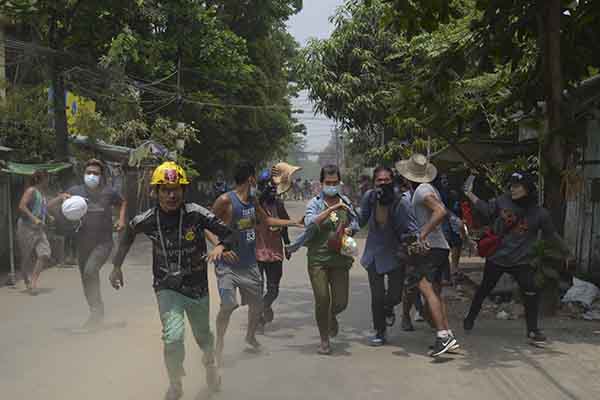 On March 27, Myanmar experienced the deadliest day of protests as military forces killed at least 114 people. The military has begun to crack down even more on peaceful protests, ravaging at least 44 cities. The lethal crackdown comes days after the youngest victim, a seven-year-old-girl, was killed in the arms of her father. On March 31, CNN reported that the military has been performing airstrikes on certain areas of Myanmar for the last few days. Thousands of residents have been forced to flee into the jungle. Many of the villages attacked are controlled by the Karen National Union. At least 7 people have died from the bombs and dozens more were injured. People fleeing the violence have gone to surrounding countries. (CNN)