The world is a very busy place, and it's hard to stay on top of everything. Infoplease has got you covered. Here are the US news events you need to know so far for July 2021: 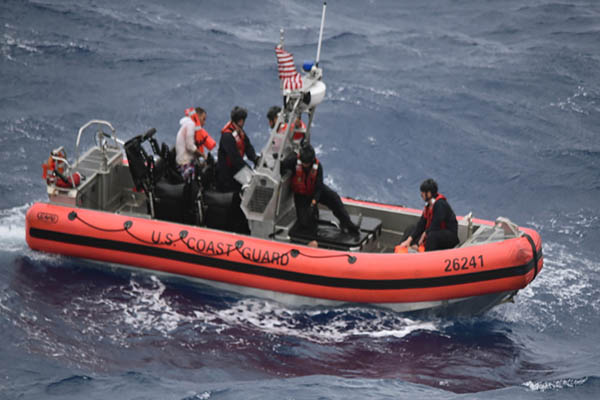 On July 3, it was reported that Hurricane Elsa is set to hit both Jamaica and Hispaniola with heavy rains and strong winds before later moving to Cuba. Though the information is still not completely clear, it is also thought that the hurricane will make its way towards Florida, which could be devastating as the area is still reeling from the condominium collapse. Elsa is a Category 1 hurricane and has reached winds as high as 75 mph outside the Dominican Republic. On July 7, as Hurricane Elsa hit Florida, 15 people were rescued in Key West, with 9 more still missing. Details have not been made clear about how the people entered that situation. On July 9, Elsa was downgraded from a tropical storm to a post-tropical cyclone. While the northeast is still being hit by heavy winds and rain, all storm warnings have been withdrawn. However, New York did brace for some flash flood warnings shortly after. (CNN) 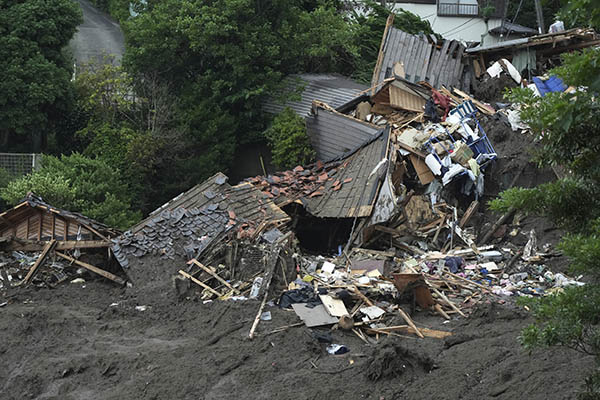 On July 1, the Philippines began evacuating thousands of residents after Taal volcano spewed .62 mile high gas. Despite being one of the world’s smallest active volcanoes, the Taal volcano is still cause for concern. Its last eruption killed over 1,300 people. The volcano spewed 9.3 miles of gas last January, causing hundreds of thousands to flee then, as well. Elsewhere, in Canada, wildfires raged as temperatures reached as hot as 121 degrees. The town of Lytton had just topped heat wave records before the fire completely engulfed the area in a matter of minutes. More than 1,000 people were forced to evacuate, and the fire destroyed nearly all homes in the village. Rescuers are currently looking for missing people. Lightning, plus the heatwave, has caused at least 130 wildfires all over Canada. On July 3, a mudslide in Japan killed at least 2 people and left 20 missing or wounded. The mudslide came and wiped out homes in Atami. It came after the area was hit with torrential rain. By July 5, it was reported that at least 4 people had died and dozens of more are missing. On July 4, Arizona residents were evacuated as the Tiger Fire continued to rage throughout the area. The fire, which started just a few days ago, has burned 9,800 acres. Some rain storms have helped firefighters, but the blaze is still uncontrolled. On July 4, at least 4 people died in a wildfire in Cyprus. Like many other areas, Cyprus is under a heatwave, with the fire starting after temperatures reached as high as 104 degrees. (CNN) 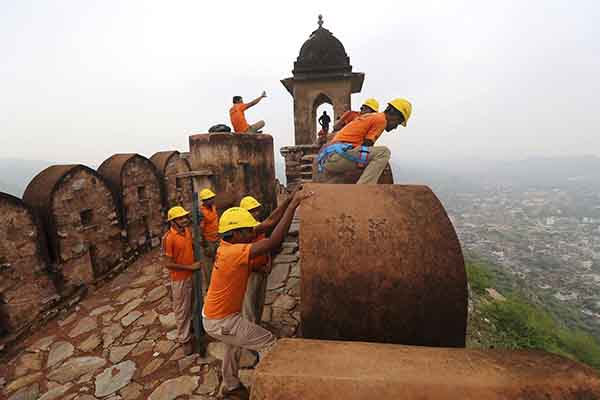 OOn July 13, at least 75 people died after lightning strikes hit parts of India. Twenty-three of the victims were fatally struck while taking selfies in Jaipur. Jaipur is a popular tourist destination, and those victims were the youngest of the fatalities. Over 60 people were fatally struck in Rajasthan and Uttar Pradesh. At least 2,000 Indians die a year from lightning strikes. (CNN) 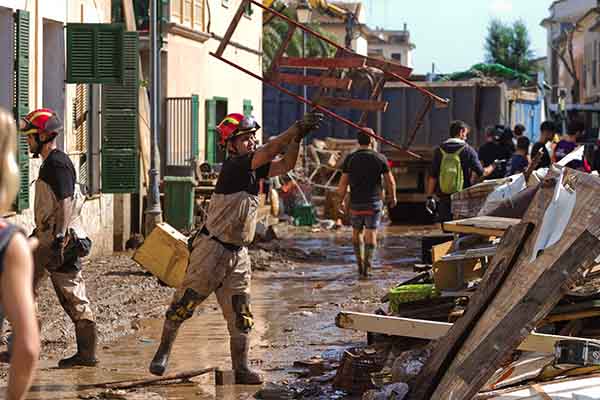 On July 16, dangerous floods hit Belgium, Germany, and the Netherlands. The record rainfall left at least 120 people dead and infrastructures, especially those in Germany, completely ruined. Hundreds of rescue workers from surrounding countries have been deployed to help with rescue missions. Hundreds of people remain missing as power outages and mudslides threaten the area. The heavy rain has also caused some dams to burst throughout Germany. In Germany, 1300 people are presumed missing, but officials hope people have been reported multiple times and the number is lower. (CNN)

Wildfires Sweep the Nation as well as Floods

Wildfires Sweep the Nation as well as Floods 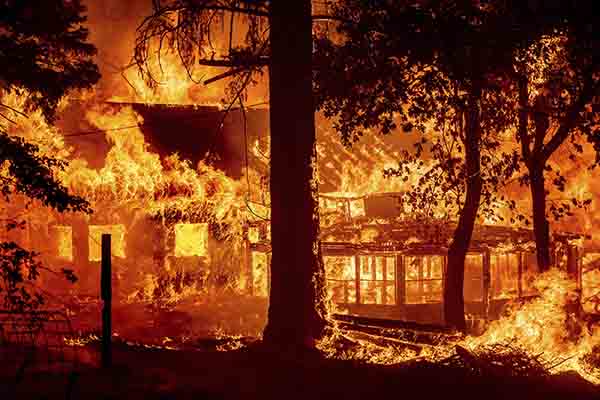 On July 19, more Oregon residents were evacuated as the Bootleg Fire continued to scorch the area. At least 300,000 acres have been burned, with firefighters struggling to contain any of it. At least 80 wildfires are currently raging across 13 states. Montana has the most, at 18, with Idaho not far behind at 17. The Bootleg Fire, however, has burned the most acres. Nearly 1 million acres have been burned by all 80 fires. On July 20, flash flooding in Colorado destroyed numerous homes and left 1 dead and another 2 missing. Mandatory evacuations have begun to take place. On July 21, the northeast US was hit with multiple storms, creating some flooding but also helping with the various wildfires. Hail and damaging winds are also expected. On July 31, nearly 100 motorists were stranded on a highway in Colorado after mudslides blocked I-70. The area, which was heavily burned by wildfires last year, was unable to handle the heavy rains. At least 29 vehicles were rescued. (CNN)

Floods Around the World

Floods Around the World 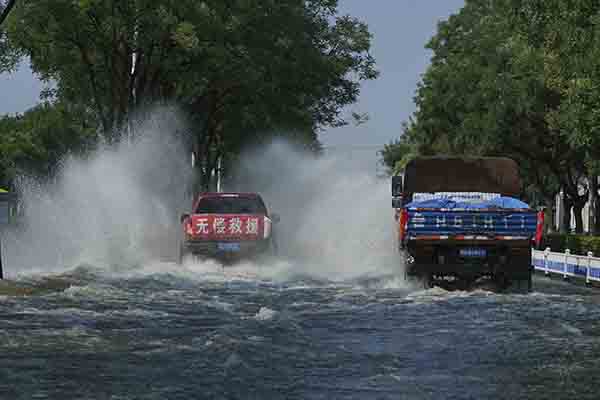 On July 21, a central city in China, Zhengzhou, faced record rainfall, causing multiple floods. Thousands of people have been displaced as floods destroy businesses, homes, and even subway cars. At least 12 commuters died after flood waters entered the underground tunnels. Over 500,000 people were rescued from the platform, as video footage shows them barely keeping their heads above water. On July 25, parts of London became submerged in water after a series of heavy rain. The heavy thunderstorms also caused flooding in underground train stations. Many services have been stalled as a result. On July 26, floods in Maharashtra, India killed at least 149 people as they also caused mudslides. Though it is monsoon season in India, this is the worst flood the area has seen in nearly 4 decades. (CNN) 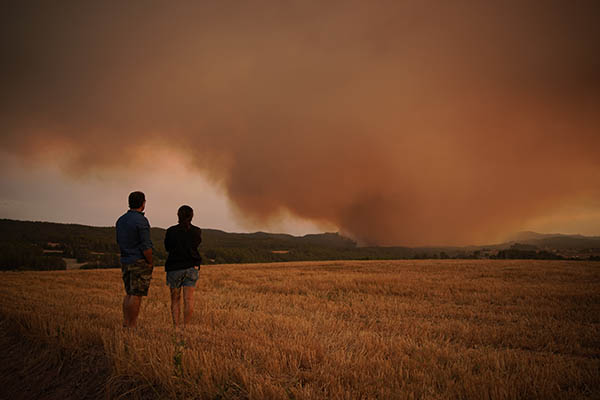 On July 28, wildfires ravaged Spain, forcing at least 1,000 people from their homes in Sardinia. Sardinia’s government declared a state of emergency for the “disaster without precedence.” Most of the fires have been put out, but there’s still some damages that need to be assessed. (CNN)