The world is a very busy place, and it's hard to stay on top of everything. Infoplease has got you covered. Here are the world news events you need to know so far for February 2021: 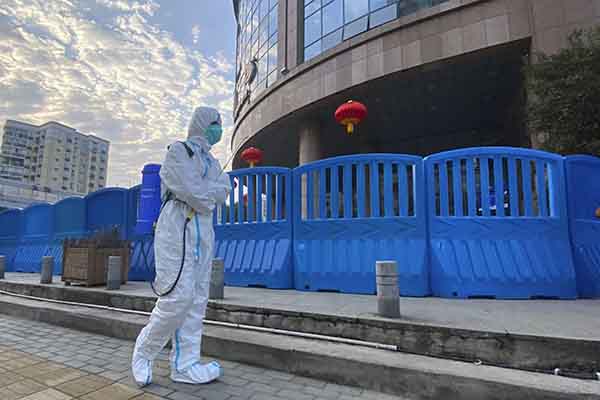 On February 1, Chinese officials arrested at least 80 people in a ?fake vaccine? ring. The suspects have created more than 3,000 fake vaccine doses. On February 3, Tanzania?s president stated that the approved vaccines were ?dangerous,? prompting the WHO to release a statement urging the president to listen to science. On February 3, the WHO team in Wuhan was taken to the lab where many coronavirus conspiracy theories originated. The team is facing pressure both from China and the rest of the world as it investigates the lab. On February 4, English scientists reported that they believe another, deadlier variant of Covid is already out in the world but hasn?t been identified yet. The group is looking for mutations that could compromise the effectiveness of vaccines in an attempt to stop it sooner. (CNN) 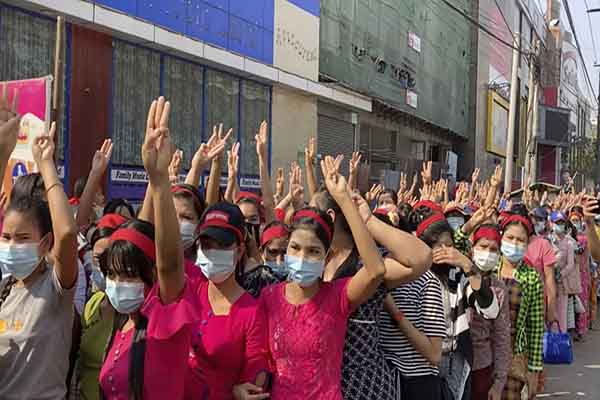 On February 1, Myanmar?s military seized power in a coup which led to the detainment of civilian leader Aung San Suu Kyi and other government officials. In a statement, the military announced that power was handed to the commander in chief and the country is declaring a year-long state of emergency. Many state ministers, as well as Suu Kyi, are being held in the capital. Tensions have been rising between the powerful military and the civilian government since 2015. Accusations of election irregularities have caused tensions to reach a boiling point leading to the coup. On February 4, Suu Kyi was issued an arrest warrant for violating import and export laws. The military has detained her for at least two weeks. Numerous lawmakers have also been detained. On February 4, the military blocked Myanmar?s access to Facebook, citing that it was for the ?sake of stability.? Facebook is one of the main ways citizens seek out news and has been the source of much opposition to the coup. On February 6, protests broke out in Myanmar in response to the military coup. The crowd of thousands demanded that Suu Kyi be released, chanting ?we deserve democracy.? The event has prompted the military to do an internet blackout. (CNN/BBC) 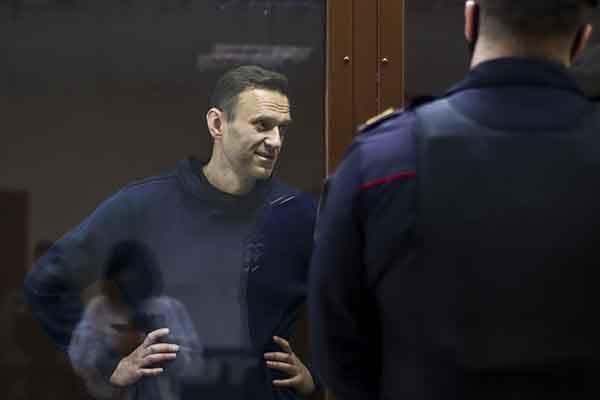 On February 3, Alexey Navalny was handed a jail term of two and a half years after deciding that Navalny violated parole terms while recovering from his poisoning. The announcement sparked a new round of protests throughout the country. Navalny?s lawyer announced that he plans to appeal the sentence. Navalny still blames Putin for his poisoning. On February 5, the doctor who helped Navalny recover from his poisoning died ?suddenly.? He was only 55 years old. The hospital has stated that he died of a heart attack but no data or reports have been made available. (CNN) 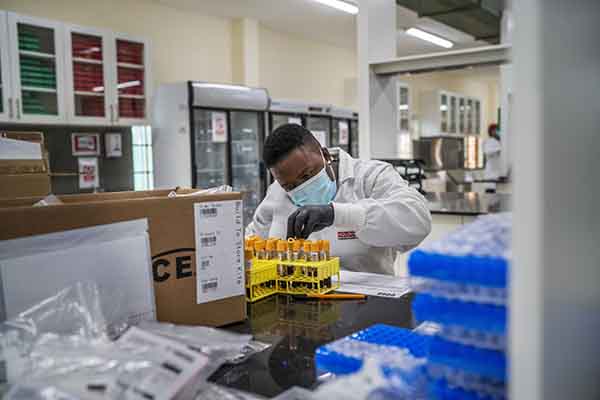 On February 8, South Africa halted the rollout of the AstraZeneca vaccine after research found it wasn?t very effective against the new variant. Scientists believe the new variant accounts for 90% of the country?s cases, so it?s significant that the new vaccine be able to fight it. On February 8, the WHO released some scenarios about how Covid-19 was transmitted to humans, one of which speculates it was direct contact with an animal reserve. However, a lab related transmission or contaminated frozen food were also hypotheses. On February 13, Germany imposed new border restrictions on Austria and the Czech Republic due to fears regarding the new Covid variant. These new restrictions will place temporary bans on transportation across the border and will also require tests upon entering.On February 13, South Africa announced it will reopen 20 of its closed land borders despite the continuing second wave. (CNN/BBC) 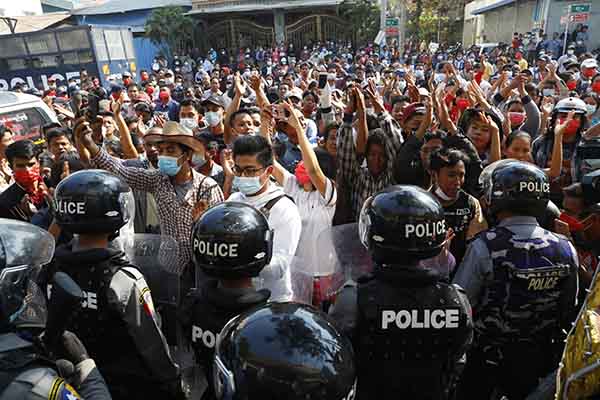 On February 12, Myanmar?s new ruling party released 23,314 prisoners amid growing protests. It is unclear what these prisoners were convicted of in the first place. However, there is no indication that officials seized during the coup will be released at this time. (CNN) 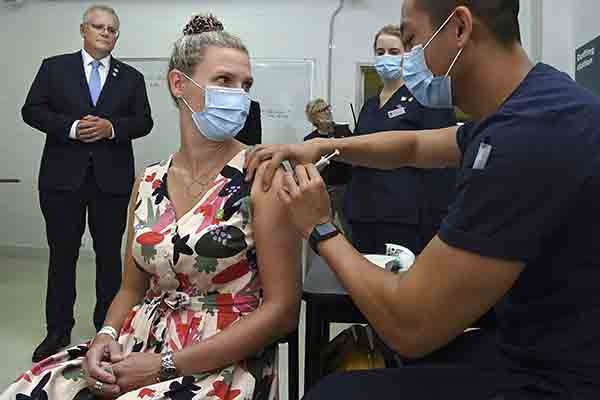 On February 15, Zimbabwe received 200,000 doses of the Sinopharm vaccine. This is the first round of vaccines to make its way to the country, and the president announced plans to begin vaccinations as early as this week. On February 17, Peru?s president revealed that hundreds of people were secretly vaccinated before the official rollout. The president said 487 people ?took advantage of their positions? politically to receive the Sinopharm vaccine before it was time. On February 17, it was reported that Brazil plans to vaccinate the entire adult population of Serrana to study the effects of the vaccine on Covid-19 infection rates. The country plans to vaccinate all 30,000 adults living there in the next three months. On February 20, anti-vaccination protesters gathered in Australia as the country prepared for another rollout. While the rallies were largely peaceful, police did make a few arrests. (CNN) 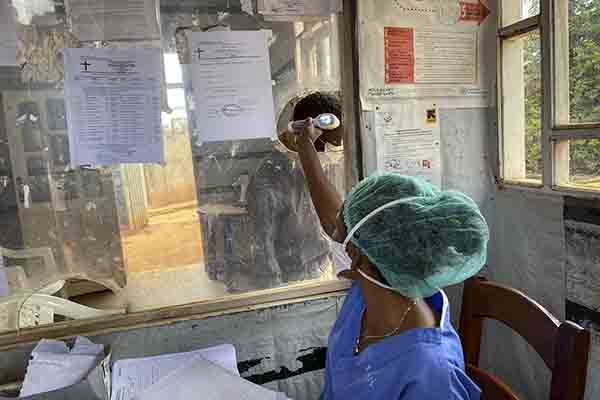 On February 15, countries in West Africa went on high alert after reports of an Ebola outbreak in Guinea were released. Officials announced that there are at least seven cases and three deaths in the area. It is believed that the group contracted Ebola at a funeral for a nurse who had previously tested positive. The WHO has announced support for Guinea and will bring some vaccines to the area. (CNN) 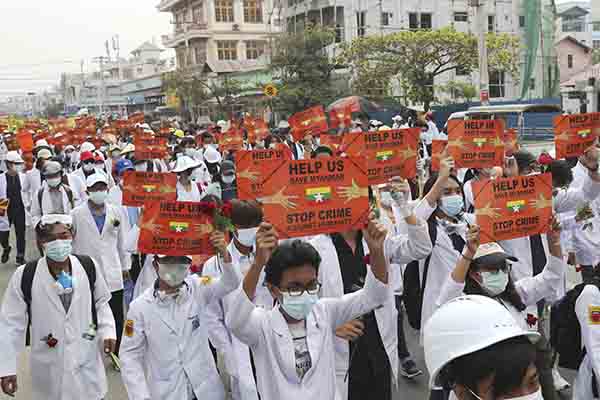 On February 17, drivers in Yangon defied the military by performing a ?break-down? protest, blocking various important roads. Since the February 1 coup, demonstrators continue to demand the release of those captured, including Aung San Suu Kyi. On February 16, Suu Kyi was handed a second criminal charge, prompting more protests throughout the area. As protests continued on February 20, at least 2 people were killed by police trying to disperse the demonstrations. Police used live ammunition to disperse the crowd, injuring another 20 people. Various countries have already made statement condemning the violence and sharing that they are ?deeply troubled? by this new wave of violence. On February 28, police forces in Myanmar confronted protesters, resulting in a deadly battle. At least 18 civilians were killed and another 30 wounded during the clash. This marks the deadliest day since the military coup began at the beginning of the month. The UN Human Rights Office has condemned the attacks and is urging the military to halt all violence. (BBC) 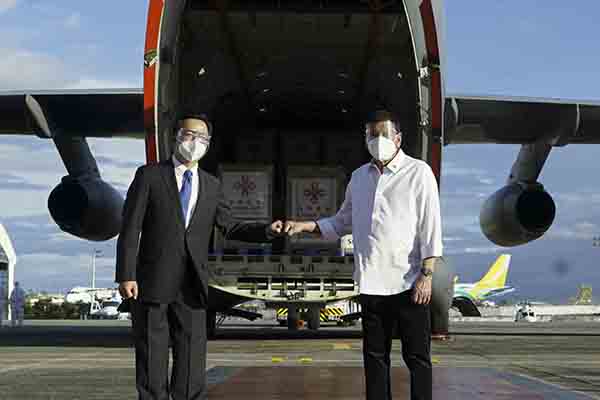 On February 23, the Philippines announced that it will send thousands of health care workers, mostly nurses, to Germany and Britain in exchange for vaccinations. Britain replied that the shots were to be used domestically and will be donated internationally should there be a surplus later on. On February 24, Ghana became the first country to receive vaccine doses from the WHO?s COVAX program. The shipment contains 600,000 doses of the AstraZeneca vaccine. On February 26, Ecuador?s health minister resigned after being involved in a vaccine scandal where he allegedly allowed some university officials to receive the vaccine before priority groups. On February 26, it was announced that Canada will receive 6.5 million vaccines by the end of March and tens of millions more come April and May. (CNN) 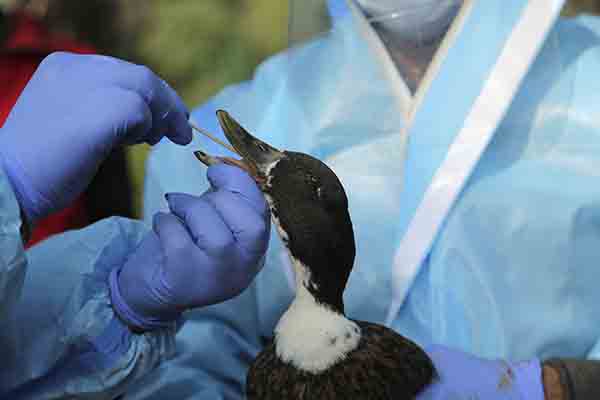 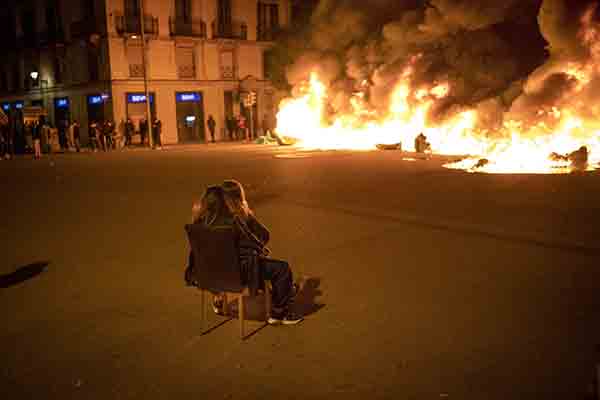 On February 21, Pablo Hasel, a famous rapper in Catalonia, was arrested, prompting the start of various protests. Thousands gathered in Barcelona in what started as peaceful protests, but quickly turned violent as protesters and police clashed. Hasel was arrested earlier this week after his deadline to turn himself in over a free speech conviction expired. Hasel is accused of supporting terrorism, and libel and slander against the Spanish government. (CNN) 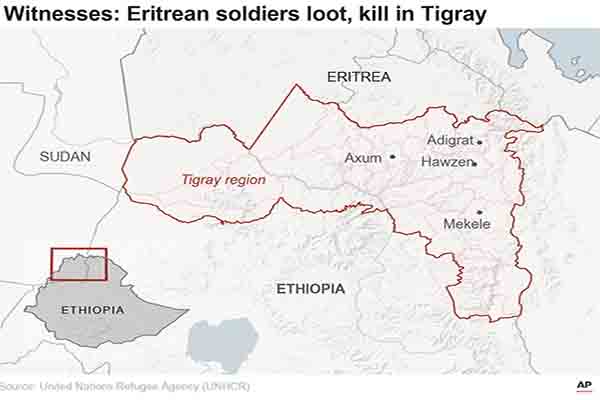 On February 26, a report was released stating that hundreds of people were killed in Aksum in November. The people were massacred by Eritrean troops fighting in Tigray as tensions have created violence in Ethiopia for months now. On February 28, the US officially called for the removal of Eritrean troops, citing a human rights violation. The call came after an in-depth investigation by CNN and Amnesty International. It is suspected that thousands of civilians have died since Ethiopian Prime Minister Ahmed released troops on the Tigray region. (CNN) 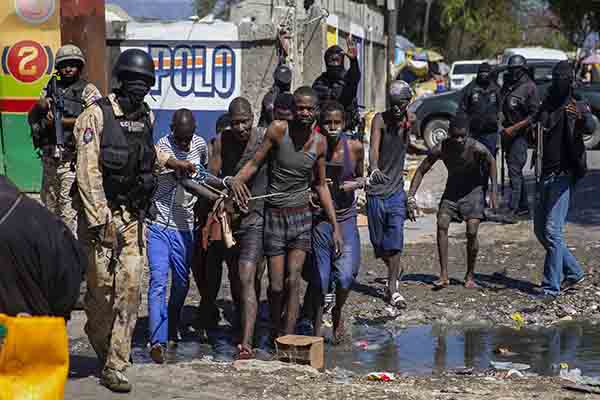 On February 26, at least 25 people died after hundreds of prisoners planned an escape from a Haiti prison. Nearly 200 prisoners succeeded in their escape, though some were killed during attempts to recapture. Some of the deaths were innocent bystanders in the area. (BBC)