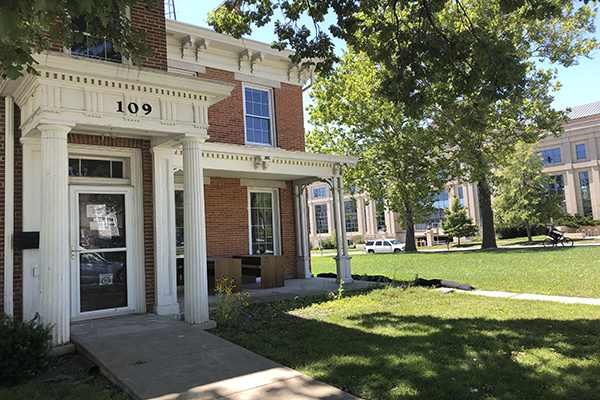 On September 1, New York Mayor Bill de Blasio announced that he will postpone the schools’ start date, which was scheduled for September 10. Teachers have protested and raised concerns regarding the return, so students will not return in-person until September 21. On September 2, the US announced it will not join the WHO in an international search for the coronavirus vaccination. On September 4, Gettysburg College announced that there is an all-student quarantine in place, meaning students cannot leave their dorm rooms. Over 300 tests have come back positive on campus. On September 5, the University of Iowa faced pushback after it revealed it will not require mandatory testing for returning students. Over 1,500 members of the community have tested positive since August, raising concern regarding the college’s reopening. (CNN/BBC) 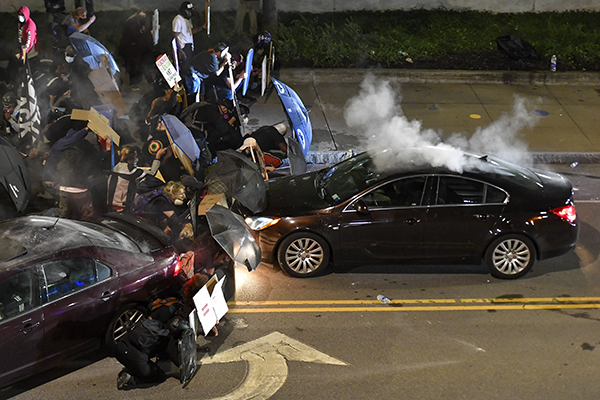 On September 1, protests started again in LA after police fatally shot a Black man. The man, who was pulled over for breaking a vehicle code, allegedly punched a deputy in the face and tried to run, dropping a gun in the process. Police allegedly opened fire the moment they spotted the dropped gun. On September 4, protests in Rochester entered their second night after a fatal encounter between a Black man and police. While the protests began peacefully, they later turned violent after many aggressive protesters clashed with police. At least 11 people were arrested amidst the violence. Despite these reports, a new study released on September 5 found that 93% of BLM protests are peaceful. On September 5, President Trump banned racial sensitivity training in federal agencies, claiming it was divisive, anti-American propaganda.” President Trump has stated that these trainings cause unrest in the workplace. His decision comes amid the protests on racial injustices. (CNN/BBC) 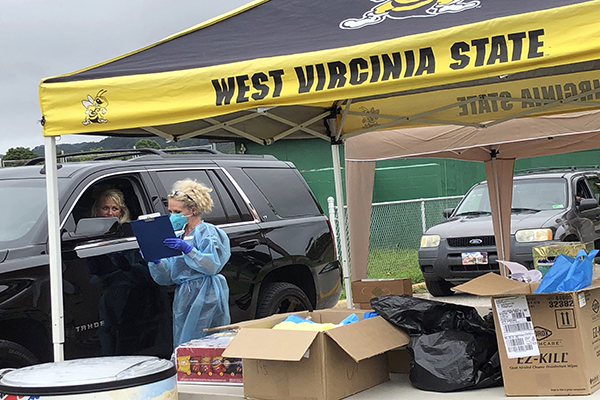 On September 5, over 1,000 people gathered at a San Francisco beach to celebrate Burning Man. The city’s mayor shut down the beach parking lot shortly after, chastising the attendees for putting people’s lives at risk. On September 7, Northeastern University announced its dismissal of 11 students after they were found violating health protocols. The students were part of a study abroad program for first year students, which had to modify guidelines and keep students in a hotel during the pandemic. The 11 students were found hanging out in one room, which was in violation of their contracts. They have been dismissed without a refund, sparking debates about university blame. On September 7, health officials reported that a cluster of COVID-19 cases has been linked to a frat party at the University of New Hampshire. The Health Department is currently investigating the possible outbreak. On September 8, the University of Wisconsin-Madison announced it is restricting student movement in a hope to curb the sudden spike in coronavirus cases. Just east, West Virginia University announced that after a week of in-person classes, it will now switch to online due to a spike in cases. On September 9, Los Angeles County changed the status of trick-or-treating from banned to “not recommended.” The county hopes people will either avoid it altogether or wear masks when answering the door. On September 9, Bob Woodward published a book containing 18 interviews with President Trump ranging from December to July. Allegedly, President Trump told Woodward how deadly coronavirus was before it even hit America. President Trump responded, stating that he hid the information to avoid public panic. Many of the quotes suggest President Trump knew more about the virus early on. (CNN/BBC) 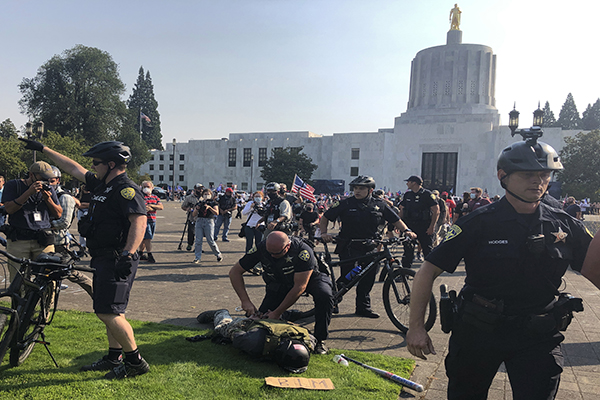 On September 6, at least 50 demonstrators were arrested in Portland, as the city entered its 100th consecutive night of protests. The protests began after the death of George Floyd. Police stated the arrests were made after multiple fire bombs were thrown in the crowd, setting a community member on fire. (CNN) 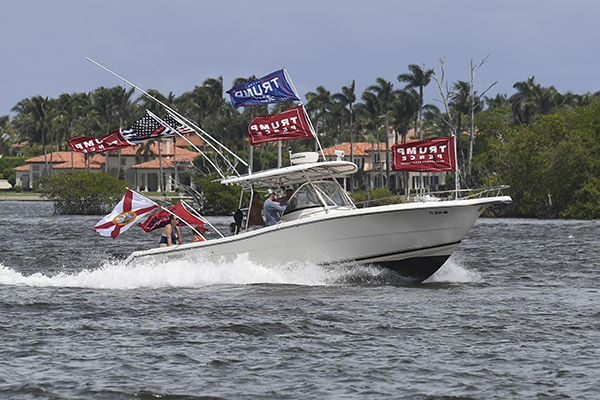 On September 7, at least 5 boats sank during a Trump boat parade. The parade, which was held in Texas, was meant to show support for President Trump. Unfortunately, the wakes from multiple larger boats caused smaller boats to take on water, resulting in being sunk. Officials have not reported any injuries or fatalities due to the parade. (CNN) 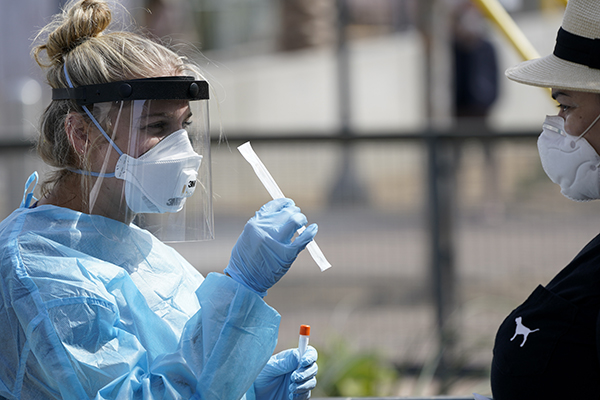 On September 13, President Trump held his first indoor rally in Nevada. The rally received much negative feedback as many said it violated covid restrictions. On September 18, the CDC changed its website again to update guidelines. Last month, the site stated that people in contact with covid-positive patients don’t need to get tested until they have symptoms. It later came out that this decision was made by the US Department of Health and Human Services without going through the scientific vetting process. The CDC has changed the guideline back to getting tested once in contact with a covid-positive person. On September 18, a report was released theorizing that pregnant women who are hospitalized with coronavirus may be more likely to have preterm deliveries. The report states that symptomatic pregnant women are more likely to experience this than asymptomatic pregnant women. (CNN) 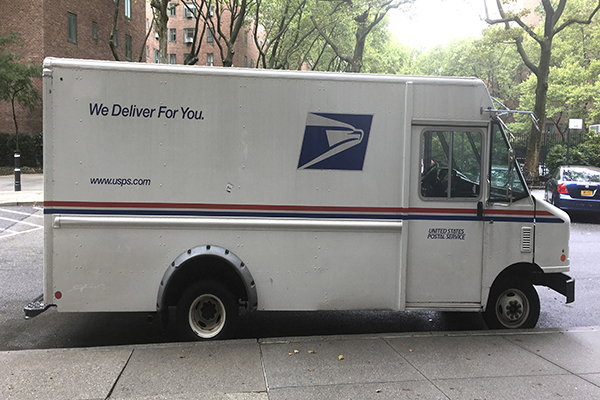 On September 13, a federal judge granted a temporary restraining order against USPS that prevents the company from sending “false” statements. A few days earlier, Colorado sued USPS for “misinformation” regarding voting. USPS stated that mail-in voters must vote 15 days before the November election, and mail in the ballot 7 days before the election. Colorado’s secretary of state, Jena Griswold, stated that this is not Colorado’s guidelines. The restraining order prevents USPS from sending this information until September 22, where it will be voted on again. (CNN) 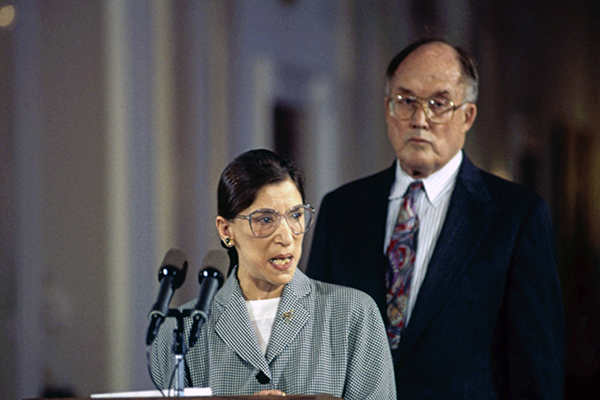 On September 18, the Supreme Court announced that Ruth Bader Ginsburg, age 87, has died from cancer. Ginsburg is best known for her feminist views and battle for women’s rights. She died at her Washington DC home surrounded by loved ones. Her death raises concerns that President Trump will attempt to fill the court seat before the November election. (BBC) 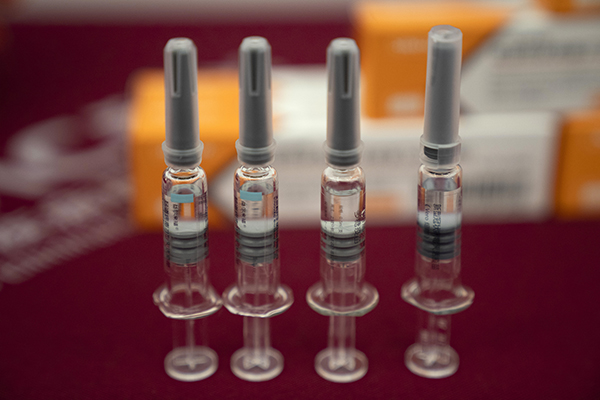 On September 22, the House reached a budget agreement to avoid a shutdown by the end of the week. This new agreement provides nutrition and agriculture crisis aid. By September 23, the US death toll passed 200,000. Dr. Fauci warned that these numbers may only increase during colder months. Many feel President Trump is still not taking the pandemic “serious enough.” Many specialists called for vaccine trials for children, but the FDA announced it may enforce stricter guidelines. These guidelines could push vaccine releases back past the election date. On September 25, it was reported that Johnson and Johnson’s vaccine trial is looking well. There has been a strong immune response in almost all 800 candidates for the vaccine. Experts believe this vaccine may be safe and effective, but it has yet to be reviewed and published. On September 27, a Maryland man was sentenced to 1 year in jail for violating covid party restrictions. The 42-year-old man held two large parties with 50 people at each. He was arrested with the charge of violating an emergency order. On September 30, Disney announced that it will need to cut 28,000 jobs due to the pandemic. Most of these positions are from the theme parks, which have received a major hit due to closures. (CNN) 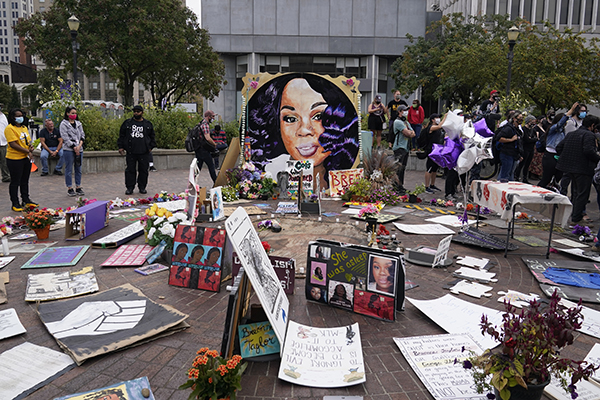 On September 23, Louisville declared a state of emergency ahead of the grand jury decision in the Breonna Taylor case. Downtown Louisville was blocked off, and a vehicle barricade was set up to ensure the safety of those in court. On September 24, the court decision was released, abdicating all officers involved in the shooting aside from one. BLM protests escalated in various cities due to the decision, as many people think the officers were not held accountable for the fatal shooting of Breonna Taylor. On September 24, a suspect shot two police officers during the Breonna Taylor protests, critically injuring both. The 26-year-old suspect is being held on a $1 million bond. On September 25, a Louisville Police Major was relieved of her duties after it was revealed that she insulted protesters in an email to coworkers. That same day, several flash bang devices exploded in a Louisville crowd after protesters did not use the sidewalk after being told to do so. (CNN) 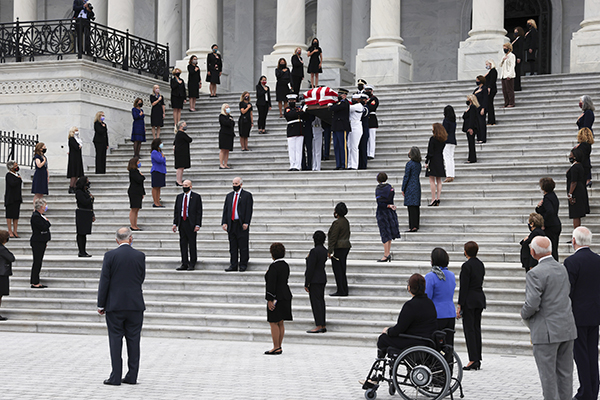 On September 25, it was reported that President Trump plans to nominate Judge Coney Barrett to take the late RBG’s Supreme Court spot. The nomination could lead to Senate tension, as Republicans attempt to fill the seat before the November election. If Barrett is selected, Republicans will hold a 6-3 advantage on the Supreme Court. (BBC) 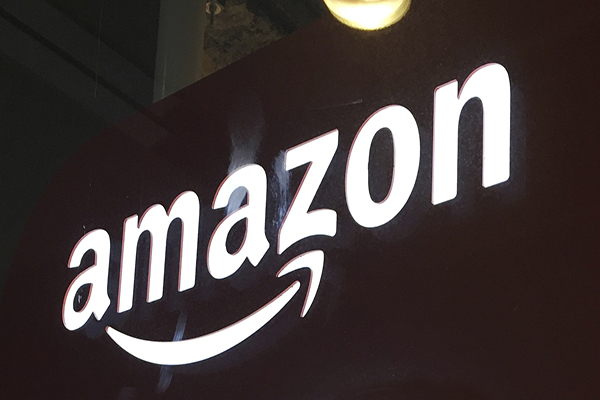 On September 29, there was a shooting at a Jacksonville, Florida Amazon facility. The shooting left at least one person dead and another injured. The investigation is still ongoing; however, police don’t believe it was a workplace incident. (CNN)

Trump and Biden Have the First Debate

Trump and Biden Have the First Debate 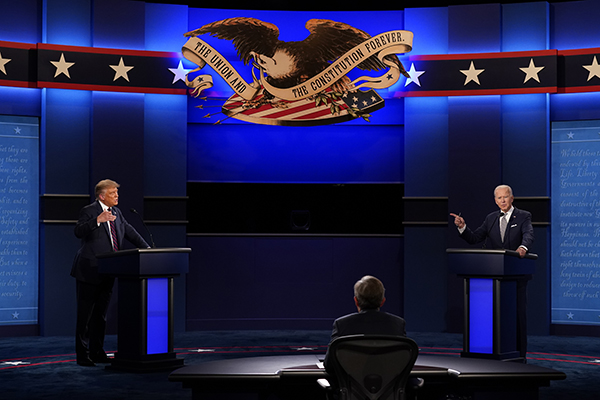 On September 29, President Trump and presidential candidate Joe Biden had the first debate, which many think could be the last. According to CNN, the debate was filled with shouting and interruptions. The questions discussed included the pandemic, voting fraud, and climate change. (CNN)