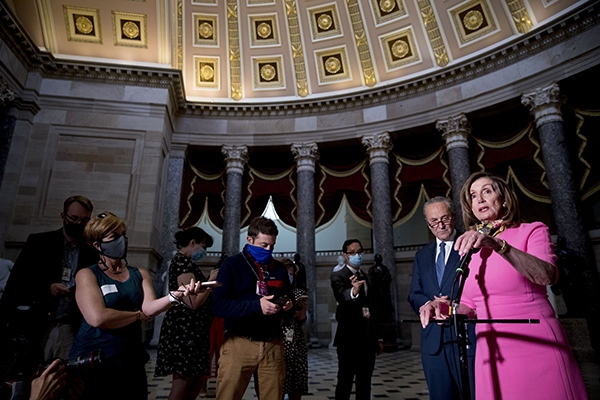 On August 1, it was reported that 7 St. Louis Cardinals players and 6 staffers have tested positive for covid. As a result, the MLB team’s games have been suspended for the time being. On August 3, two more teens in Florida died due to coronavirus, bringing the state’s total minor death toll to 9. On August 3, it was reported that 260 employees in Georgia’s largest school district have either tested positive for COVID-19 or been exposed. Two days later, it was reported that a second grader tested positive for coronavirus after attending the first day of school in Georgia. On August 4, The Rockettes officially canceled the 2020 Christmas show. On August 5, arrests were made after it was revealed a party riverboat in New York City had over 170 passengers. On August 5, UConn announced it will cancel its 2020 football season, becoming the first top division school to do so. On August 5, it was reported that Chicago Public Schools will begin the year remotely. This is the third-largest school system in the US. On August 7, following the quarantine of hundreds of staff, Georgia teachers staged a protest by honking as they drove by the Gwinnett County district office. The protests were heard, as the district will now start school 100% online. On August 7, Governor Cuomo announced that all New York public schools have been cleared for re-opening with full in-person instruction. On August 7, Congress’ session regarding coronavirus stimulus relief ended in a stalemate. The meeting was meant to discuss the end of unemployment and financial aid. Despite the stalemate, Congress will break for a holiday before resuming talks. (CNN) 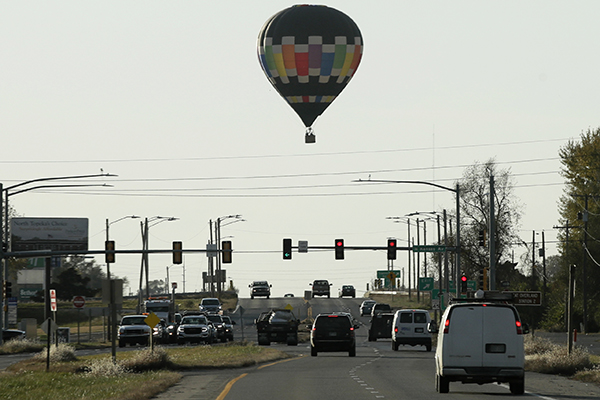 On August 3, at least twelve people were injured after a hot air balloon in Wyoming crashed. Three balloons, carrying a total of 36 people, crashed to the ground after pilots experienced an unpredicted downdraft of wind. (CNN) 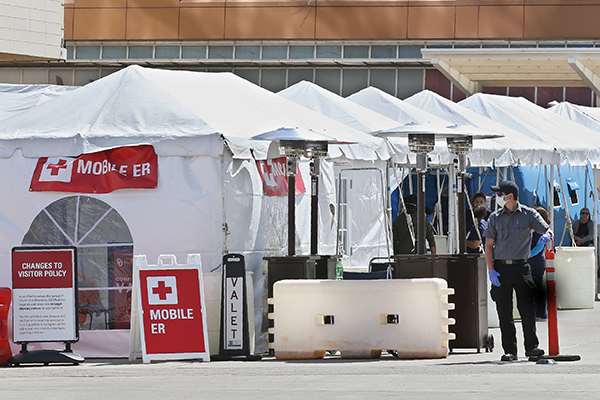 On August 8, motorcyclists joined together for the 80th Sturgis anniversary despite the pandemic. The first leg of Sturgis is located in a rural area of South Dakota. The area has only seen 94 cases since March; however, a quarter of a million people are expected to show up as Sturgis continues. On August 9, President Trump signed an executive order after Congress failed to agree on a financial bill. The bill extends 0% student loan interest, tax payrolls, and unemployment benefits at $400 a week. On August 10, it was reported that there was a 40% increase in child cases of coronavirus. In the last two weeks of July, over 97,000 children tested positive for COVID-19. At least 86 children have died since May, sparking questions regarding the idea that children can’t carry or transmit the virus. As schools open back up, scientists seek more information pertaining to children and the virus. On August 10, following UConn’s decision to postpone the football season, the “Power Five” leaders decided to meet to discuss postponement. A decision has yet to be announced. On August 12, The Big Ten announced all teams plan to cancel the 2020 season; however, The Big Twelve reportedly still plan to play. Many other teams still have yet to announce Fall 2020 plans. On August 15, at least nine players on the University of Oklahoma football team tested positive for coronavirus; however, the Big 12 still plan to play the Fall 2020 season as planned. On August 15, another coronavirus cluster was discovered in a University of North Carolina fraternity. At least 5 members have tested positive. On August 15, the CDC warned the US that its coronavirus death toll may reach 200,000 by the end of next week. (CNN/BBC)

Multiple Shootings Over the Weekend

Multiple Shootings Over the Weekend 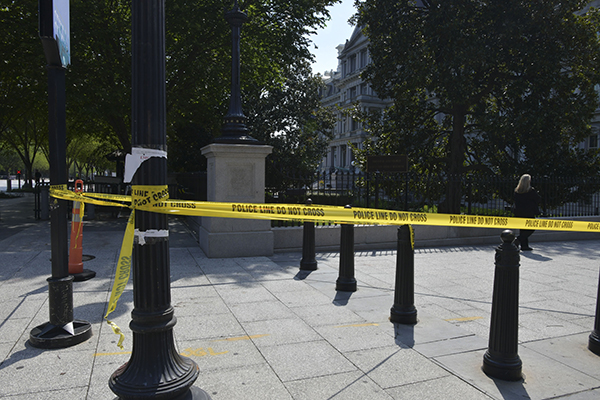 On August 9, at least 6 people were injured after a shooting in Philadelphia. Police are still looking for information. On August 9, a shooting at a large gathering in Washington DC left at least one teenager dead and another 21 people shot, including an off-duty police officer. Police believe multiple people carried out the attack. On August 10, as protests continued in Chicago, gunfire erupted at the downtown police precinct. Police returned gunfire shortly after. The area has faced various demonstrations and looting, so police presence has been heavy for months. No deaths or injuries have been reported. (CNN) 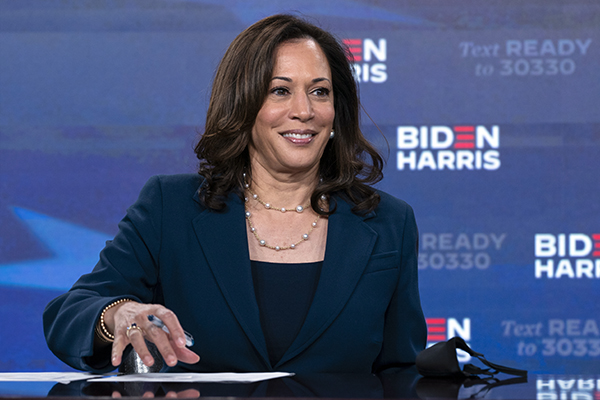 On August 12, Joe Biden announced that he has chosen Kamala Harris as his running mate. Harris is a strong advocate for diversity and equality. (BBC) 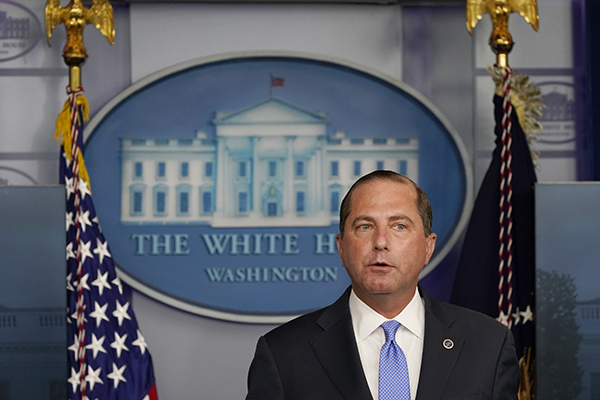 On August 16, the US surpassed 170,000 COVID deaths. On August 16, after it was announced that Oklahoma State football players have tested positive for coronavirus, the university announced that a sorority is now quarantined as 23 members have tested positive. Just a week after starting classes, the University of North Carolina reported at least 4 coronavirus clusters on campus. On August 17, CNN reported that as schools go back, over 230 confirmed COVID cases have sparked in five states. This has led to the schools quarantining over 2,000 people in just the first few weeks of opening. On August 18, the NFL announced that it plans to start the season September 10, with fans. However, the fan capacity will be limited in each stadium. On August 21, the Kentucky Derby announced it will run without fans in the stands. (CNN) 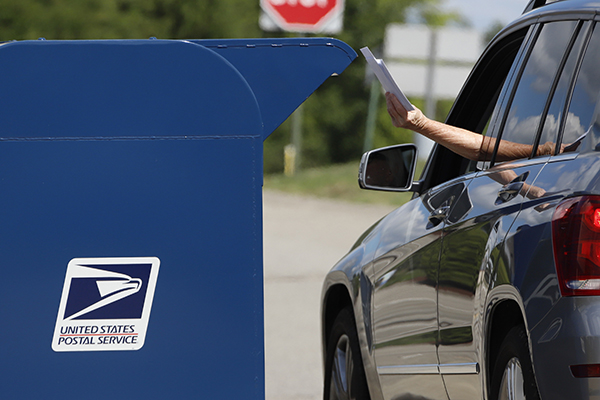 On August 14, Postmaster General Louis DeJoy acknowledged that certain budget cuts had “unintended consequences.” The cuts have led to mail delays, which is detrimental to the DNC occurring in just a few days and the election scheduled for November. The postal service warned that mail-in ballots from all 50 states and DC may not be received in time. On August 16, it was reported that USPS was removing collection boxes. After outrage, the company agreed to delay removals for 90 days. Nancy Pelosi has recalled the House to help “save” the post office. On August 23, the House passed a bill that provides $25 billion to the postal service. This is meant to help the service handle an influx of mailing as Americans gear up to vote in the November election. The House also blocked many cuts and changes that many believed would interfere with mail-in voting. Many senators have said they refuse to pass the bill. (CNN)

Various Injuries at Protests and Rallies

Various Injuries at Protests and Rallies 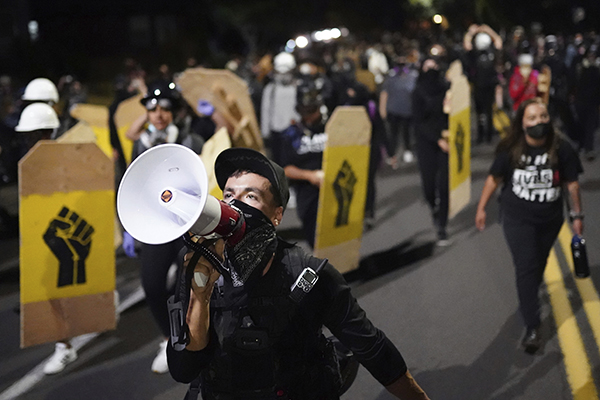 On August 15, peaceful protests in Chicago were hijacked, quickly escalating into violence. The protest began with 200 people, and continued to be peaceful, but five miles away the agitators clashed with police, leading to at least 24 arrests and a dozen police injuries. The agitators allegedly hit police with umbrellas, skateboards, and bicycles. On August 16, several fights broke out in Kalamazoo, Missouri during a Proud Boys rally. The rally was met with counter-protesters, which quickly escalated to violence. Police have released little information regarding the clashes. The Proud Boys group has since been deleted on Facebook and Instagram under the companies’ hate speech policies. On August 16, a protester allegedly threw a 10-pound rock at police, injuring two who have since been taken to the hospital. This is the city’s 79th consecutive night of protests, which began with the death of George Floyd. On August 16, at least 18 people were arrested in Seattle after the BLM protest was declared a riot. The protest began peacefully, but someone later threw an explosive in the crowd, causing clashes with police. (CNN) 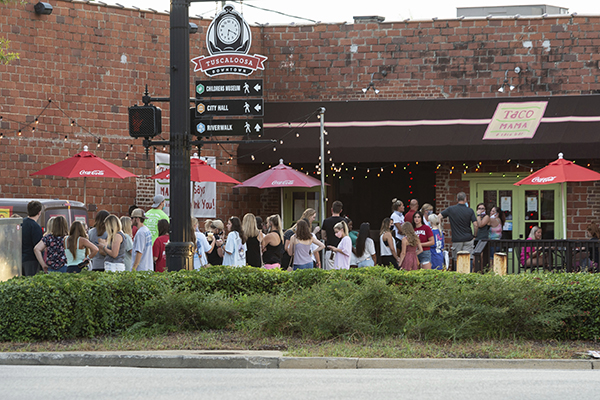 On August 24, the FDA gave emergency authorization for plasma to be used in the treatment of COVID-19 patients. The plasma is from people with antibodies and has been used to 70,000 people who are gravely ill. As of now, trials suggest it is a safe treatment; however, more trials are needed to be sure. On August 25, Dr. Fauci warned against rushing a coronavirus vaccine. Fauci believes that President Trump’s rushing of the vaccine could cause a dangerous solution to be produced. On August 26, it was revealed that at least 70 cases have been connected to Sturgis, sparking concern that the motorcycle rally may be a “superspreader” for the disease. On August 29, it was reported that the University of Alabama now has 1,000 positive coronavirus cases since reopening. Classes resumed less than two weeks ago. On August 31, the US neared 6 million coronavirus cases, which is nearly a fourth of the world’s total. (BBC/CNN) 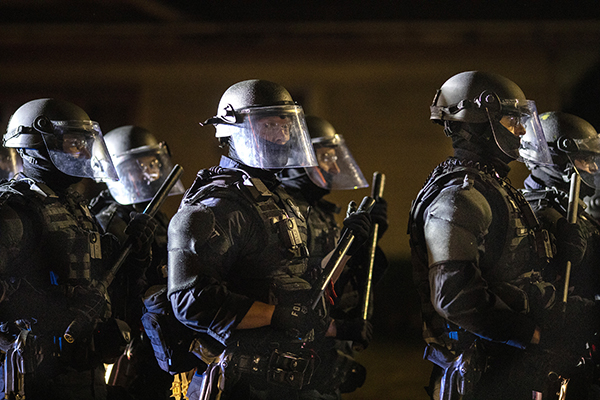 On August 24, a day after police shot an unarmed man in Lafayette, Louisiana, protesters gathered on the street. Protesters blocked traffic, starting out as peaceful, but aggressors joined in later in the night, sparking riot police and smoke canisters. That same day, protests began in Kenosha, Wisconsin after police shot and killed an unarmed black man in front of his three children. On August 25, amid the third night of protests in Kenosha, Wisconsin, three people were shot, two of whom were killed. Police still don’t know who was involved in the shooting or the motivation behind it. On August 25, at least 68 people were arrested in Louisville, Kentucky as they protested the death of Breonna Taylor which occurred months ago. Many of the protesters were peaceful, but those who were arrested were crossing intersections and causing danger to traffic. On August 29, protesters set fire to the Portland police union building as the city enters its third month of protests. On August 29, Trump supporters and Portland protesters clashed, resulting in at least one death. Police have not released information on the victim or the shooter. On August 31, after the shooting, Portland Governor Kate Brown urged the violence to stop and announced that she is asking three surrounding counties to send authorities to help stifle the protests. (CNN) 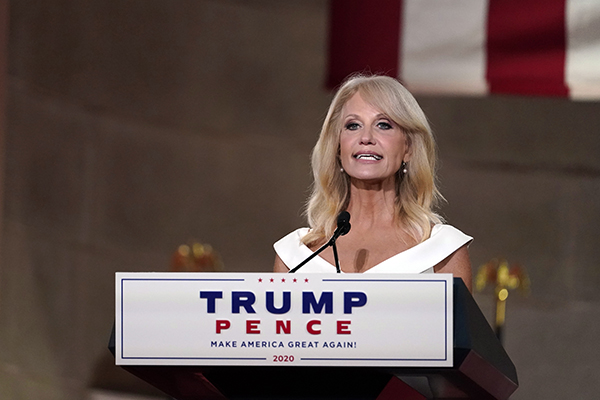 On August 24, senior adviser to President Trump, Kellyanne Conway, announced her resignation. Conway stated the decision was made so she can focus on spending time with her family. Conway’s decision came hours after her 15-year-old daughter tweeted that the job has “ruined [her] life.” (BBC)