The world is a very busy place, and it's hard to stay on top of everything. Infoplease has got you covered. Here are the US news events you need to know so far for June 2021: 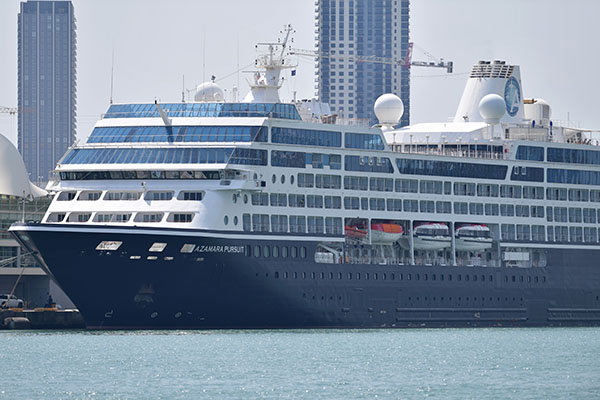 On June 5, it was reported that US coronavirus cases were on the decline, leading to many things to reopen such as amusement parks. President Biden also announced plans to share 80 million doses of the vaccine internationally, 25 million of which will be shared soon. Most of the doses will be given to COVAX and have been produced by AstraZeneca. On April 6, Royal Caribbean Cruise Lines announced it plans to set sail again in July. The company, which was originally going to require vaccine passports, reversed the decision after Florida Governor DeSantis passed a law fining companies $6000 for each person they ask to show a vaccine passport. (CNN)

Capitol Riot Hearing to be Held

Capitol Riot Hearing to be Held 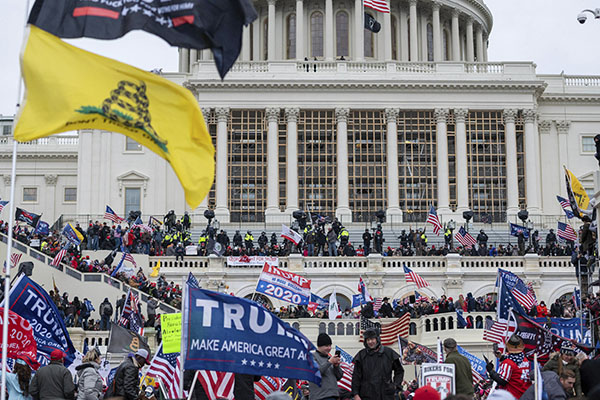 On June 2, despite the Senate?s blockage last week, it was reported that The House Administration Committee will hold a hearing regarding the ? insurrection after a report was released by the Inspector General of the US Capitol Police. The report cannot be released to the public, and the date of the hearing has not yet been released. That same day, officials warned about increased concerns of violence as QAnon supporters continue to use social media to spread false election news. Supporters are using the new app Telegram, causing officials to worry for the safety of Capitol Hill. (CNN) 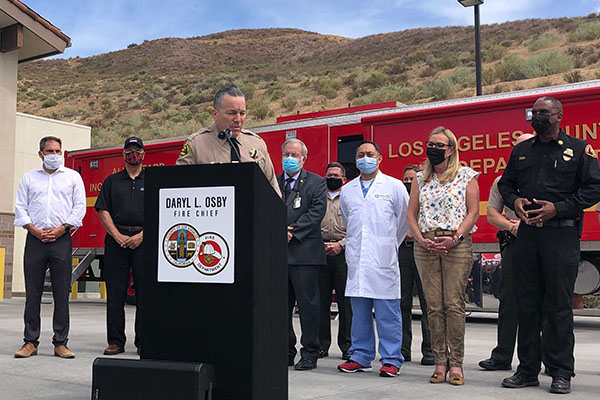 On June 2, one firefighter died and another was injured after an off-duty colleague began shooting in a California firehouse. The shooter was later found dead in a burning home, and is suspected to have taken his own life. A motive is currently under investigation. (CNN) 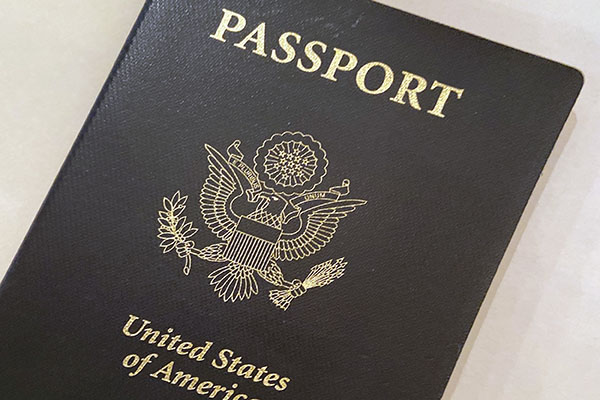 On June I 8, the CDC released travel advice for more than 120 countries following the vaccination of many Americans. Of the 120 countries, the CDC moved 33 to a low risk level, which includes Iceland and Israel. There are still some countries in level 4 (the highest level), however, including Brazil, Iraq, and India. (CNN) 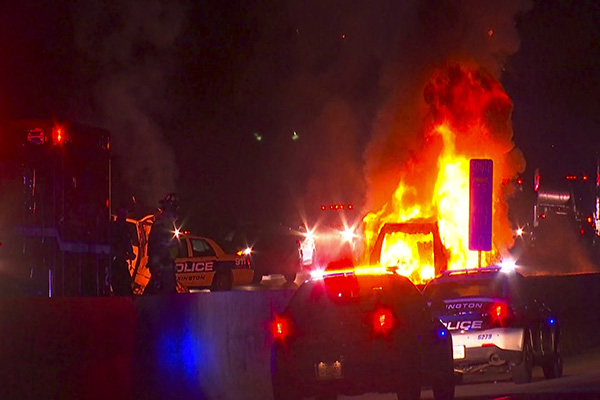 On June 7, six people died after a fatal wrong-way collision on a Kentucky highway. Four of the victims were children. Before the crash, officers received various calls of a dark SUV traveling down the wrong side of the interstate. Little else has been revealed regarding the accident. (CNN)

Shootings Throughout the Week

Shootings Throughout the Week 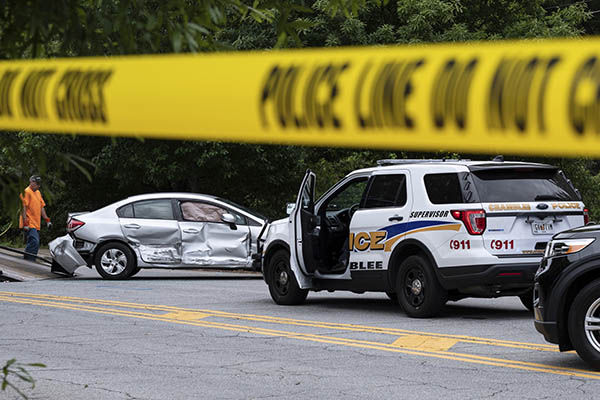 On June 12, at least one person died and another nine were wounded after a shooting in Chicago. The wounded victims are all in stable condition, according to reports. As of now, police are still searching for two suspects in connection to the shooting. On June 13, a suspect was arrested in connection to three shootings that happened across Georgia and Alabama. The three separate shootings wounded at least five people in the last 24 hours. The suspect was arrested downtown, but little information has been given. (CNN) 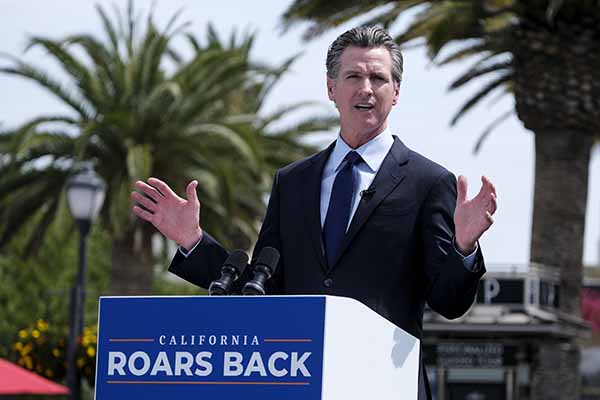 On June 15, California officially reopened, being one of the first to close 15 months ago and one of the last to reopen. The state has a large vaccinated rate, as well as only 1% of new cases. Most businesses now have no restrictions, but restrictions still remain on some large gatherings. On June 16, the CDC announced that the new Delta variant of Covid accounts for 10% of current cases, and that it is rapidly spreading throughout unvaccinated people in the US. Medical experts worry that it could be the dominant strain soon. Officials have identified the variant as a ?variant of concern.? On June 16, the US officially passed 600,000 deaths due to the virus. (CNN)

Violent Attacks Across the US

Violent Attacks Across the US 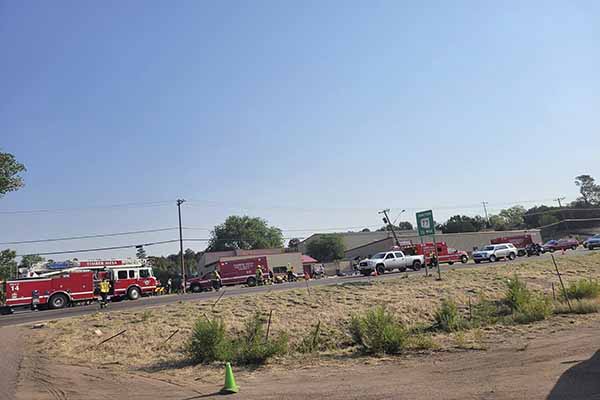 On June 13, at least four people, including two children, were injured in a shooting in Cincinnati. The two children are in critical condition, while the two males are expected to survive. Little information has been released regarding the shooting. On June 13, at least 14 people were shot in a mass shooting that occurred in Austin, Texas. On June 14, it was reported that one of the victims had died. Police have arrested one suspect. They believe the gunfire was between two parties and most victims were innocent bystanders. On June 14, a security guard was left in critical condition after a shooting at an Atlanta mall. Two fifteen-year-old suspects have been arrested and police are investigating a motive. That same day, one woman died after a car in Minneapolis drove through a crowd of protesters. The crowd was protesting a police shooting that occurred a few weeks earlier. The suspect who was driving the car is currently in custody. On June 14, at least 1 person died and another 7 were injured after a car crashed into a Texas racetrack. It is unknown how the vehicle went through the guard rail. On June 15, a suspect in a Mueller Co. workplace shooting that occurred the night before was found dead from what police believe to be a self-inflicted gunshot wound. The shooting, which occurred in Alabama, left two employees dead and at least two more injured. On June 18, Oregon police announced that they were looking for a suspect after three attacks left 3 dead and 1 seriously injured. The suspect reportedly ran over four of the victims with his car and later fatally shot another. A description of the suspect?s truck and surveillance evidence has been released as police continue their search. On June 18, at least five people in Colorado Springs, CO were taken to the hospital with gunshot wounds. Two separate shootings took place only a mile apart. Police are still searching for suspects and information. On June 19, police in Baton Rouge, LA reported that they were looking for two suspects after a shooting in a parking lot left 2 people dead and another 4 injured. The shooting is said to have happened around the time a concert was going on in Capital Park. On June 19, Anchorage, AK police appealed to the public, asking for information after a shooting left four people injured and one dead. On June 19, police in Arizona shot and wounded a suspect after he ran over multiple bicyclists with his car. At least 6 people were injured, two of them in critical condition. (CNN) 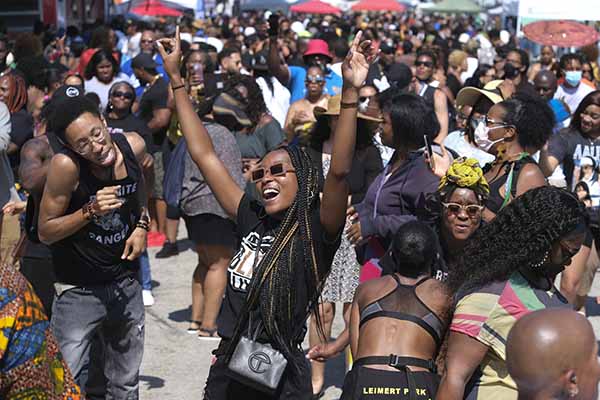 On June 16, in a rare act of coming together, the bipartisan Senate unanimously voted to make Juneteenth a national holiday. Juneteenth is celebrated on June 19, and highlights the official end-date of slavery. The bill will now head to the House, which is sure to pass it considering it?s Democrat-led. On June 17, after being unanimously approved in the House, President Biden officially signed the bill, marking Juneteenth an official federal holiday. (BBC) 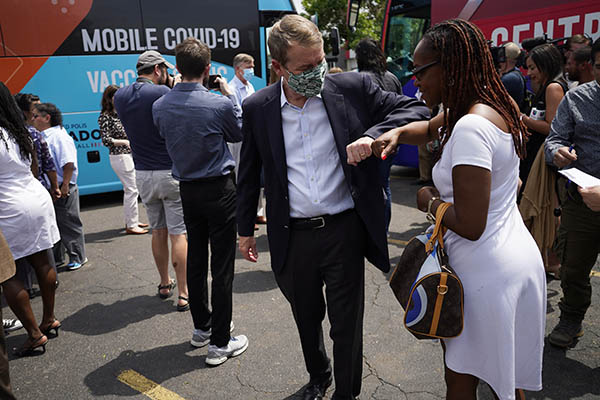 As of June 21, almost 50% of the US population has been vaccinated against Covid-19; however, some states are seeing numbers as low as only 30% vaccinated residents. These numbers are of concern for officials, as the Delta variant ravages through communities. This more severe variant has led to an increase in hospitalizations. On June 28, the US sent its first shipment of 2 million doses of Pfizer to Peru. This shipment is part of the 80 million doses President Biden pledged to other countries. On June 30, it was reported that 26% of cases are the Delta variant, up from 10% last week. On June 30, it was reported that at least 80 teens and staffers have tested positive at an Illinois summer camp. The outbreak has impacted people from across three states. The summer camp has yet to make a statement. (CNN)

Violence Continues Throughout US

Violence Continues Throughout US 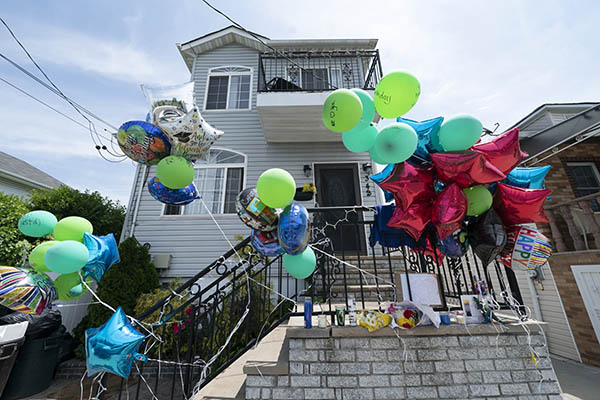 On June 21, CNN reported that there have been 10 mass shootings across that US since Friday (6/18) alone. Of these shootings, at least 7 people were killed and another 45 wounded. They occurred in Oakland (CA), Colorado Springs (CO), Dallas (TX), Atlantic City (NJ), Granger (IN), Richmond (VA), Anchorage (AK), Baton Rouge (LA), and Minneapolis (MN). The US is seeing an alarming increase in gun violence as Covid restrictions are lifted. On June 21, a shooting outside an Arvada, CO library left at least three dead, including the suspect and a responding officer. The rise in violence across the country has given rise for concern in the White House. President Joe Biden met with aides to discuss further action to try and curb the violence. On June 26, a man was arrested in Atlanta for the shooting of a Daytona officer that happened a few days before. The suspect shot the officer in the head, then hid in a treehouse, where had various rifles, body armor, and other weapons. On June 27, a shooting in broad daylight in Times Square has caused the city to beef up police presence. After a fight between two vendors, a marine was hit in the back by a stray bullet. On June 28, two shootings in Chicago left at least 2 people dead and another 15 wounded. Preliminary evidence suggests the shootings were most likely internal gang conflicts. (CNN) 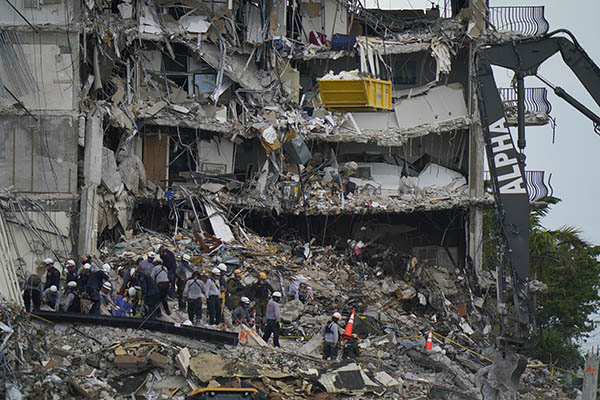 On June 24, a condo building collapsed in Miami, FL, killing at least 4 people and leaving 159 missing. Rescuers are working around the clock to try and save people from the rubble. While the collapse remains a mystery, an engineer did raise concern in 2018 about the structure of the condominium. The collapse is currently under investigation, as is the engineer?s report. On June 30, the death toll was updated to 12 as rescuers continued their search efforts. (CNN)