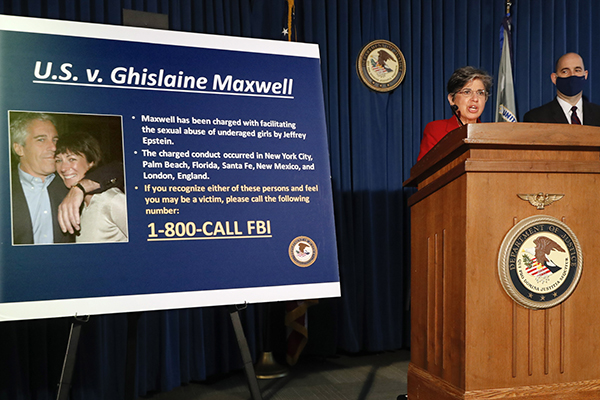 On July 2, federal officials arrested Ghislaine Maxwell in New Hampshire. Maxwell has been wanted for over a year for her alleged involvement with Jeffery Epstein?s crimes. On July 3, investigators revealed that there is a potential link between Maxwell and Epstein?s finances. Maxwell has been charged with sexual crimes against underage girls. On July 11, Maxwell requested bail, citing coronavirus concerns. (CNN) 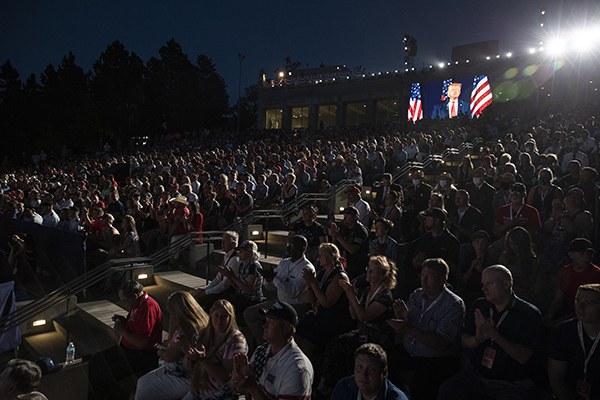 On July 3, two Texas counties sent out emergency alerts urging residents to shelter in place as hospitals reached capacity. On July 3, it was reported that two more inmates in San Quentin died from coronavirus complications. On July 3, California banned singing in places of worship, though the state will still allow gatherings. On July 3, MLB announced that despite the late start for the season, the annual All-Star game will be canceled due to coronavirus. On July 3, despite rising coronavirus cases, President Trump held a rally at Mount Rushmore. The rally did not require social distancing or masks. Before the rally, one of President Trump?s campaign workers, and Donald Trump Jr.?s girlfriend, allegedly tested positive for coronavirus. On July 4, more than 1,400 healthcare workers signed a petition asking the Georgia governor to take more action regarding COVID-19. In the past few weeks, Georgia?s cases have skyrocketed by over 50%. Healthcare workers are asking the governor to close bars, nightclubs, and any gatherings that exceed 25 people. As of July 4, twenty-one states are requiring residents to wear masks when outside. (CNN) 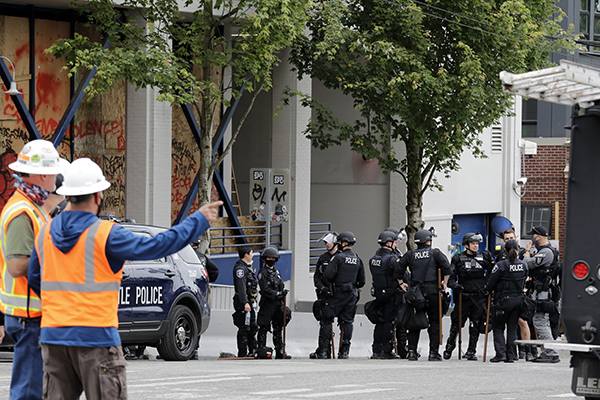 On July 3, many Black Lives Matter protesters shed light on the Washington Redskins. This NFL team?s name has been in the news before, but the NFL announced it will now be looking into a new name for the team. It is not official that the name will be changed. On July 3, Twitter became the latest company to announce that it will drop the terms ?slave,? ?master,? and ?blacklisted? from its internal systems. These terms are frequently used in programming code, but many companies have discussed alternatives. During his speech on July 3, President Trump proposed a minimum ten year sentence for people seen tearing down statues. During the speech, President Trump also denounced ?cancel culture?. On July 4, a car drove through a group of Seattle protesters, seriously injuring at least two. The attack happened as BLM protesters were protesting a few blocks away from the formerly occupied police precinct. A suspect is in custody. (CNN)

Shootings Occur Across the Country

Shootings Occur Across the Country 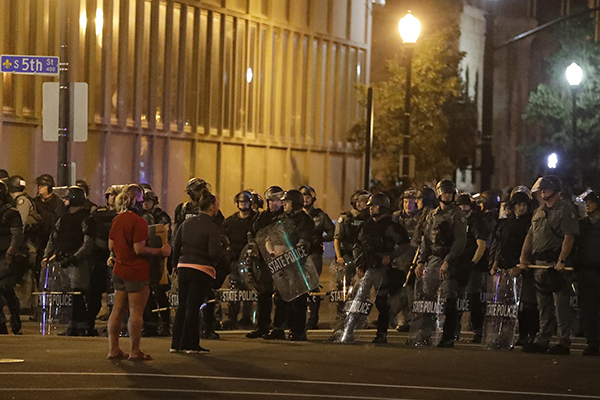 Over the holiday weekend, children were among the many victims affected by gun violence. Shootings in Chicago, Atlanta, and Washington DC left three children under the age of 12 dead. Another shooting in Chicago left a 14-year-old girl fatally wounded. On July 6, CNN reported that at least five children have died due to shootings this holiday weekend. Most of the shooting suspects are still at large as the US sees an uptick in gun violence. On July 5, two people died and eight others were injured after a shooting at a South Carolina club. As of now, no suspect is in custody and police are accepting tips. On July 11, a shooting in Rochester, New York left at least four people injured. (CNN) 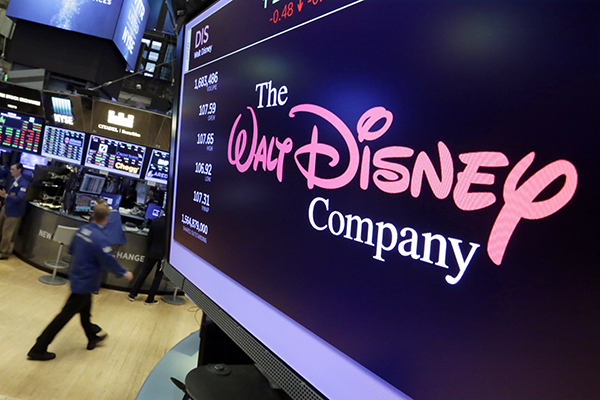 On July 5, the University of Washington announced that 121 students in fraternity houses have tested positive for coronavirus. There are about 1,000 students living in the 25 fraternity houses around campus. On July 6, as Arizona saw an increase in coronavirus cases, Mexican cities announced their intent to stop Americans from traveling South. Many Mexican cities will add additional checkpoints in an attempt to stop unauthorized traffic into the country. On July 6, FDA chief Dr. Stephen Hahn announced that he will not back President Trump?s prediction about a coronavirus vaccine. Trump has stated a vaccine will be ready this year, but Dr. Hahn said the science may not agree with that timeline. On July 7, despite Florida rules, Miami-Dade County announced that it will shut down restaurants as coronavirus cases in Florida continue to rise. That same day, Florida?s Commissioner of the Department of Education issued an emergency order requiring all schools to reopen in August. On July 7, ICE announced that it will pull visas from international students who are attending universities that have switched to online. Those students have the option to transfer to an in-person campus before they will be deported. On July 8, CNN wrote a report about Phoenix?s handling of homeless people who have coronavirus. Once a person tests positive, he/she is quarantined in a local hotel to help stop the spread of coronavirus. On July 11, Walt Disney World reopened in Florida despite the rising cases of coronavirus in the state. (CNN) 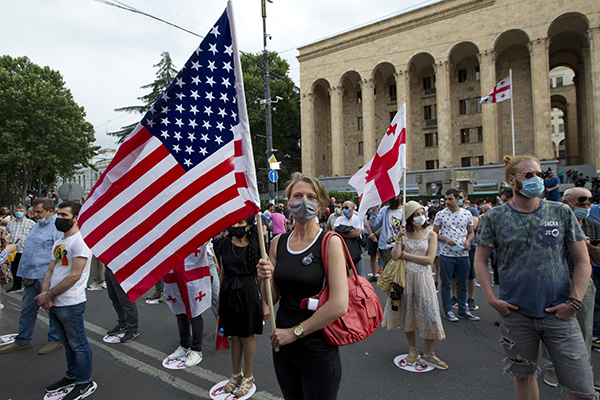 On July 13, Oregon, New Mexico, and California reinstated certain restrictions after a rise in coronavirus cases. These three states have limited indoor dining, gyms, and salons, closing some businesses that were just beginning to reopen. At least 27 states have begun to shut down again or have begun to require face coverings outside. On July 15, school districts continued to struggle with how the Fall will look. Many major school districts have discussed a hybrid of in-person and online or just online. A major school district in Orange County has already stated it plans to go against the Board of Education?s request that students and teachers return to in-person learning. On July 17, Denver schools reversed their decision to reopen, delaying the Fall semester by two weeks, which will be done remotely. On July 18, President Trump has said he refuses to make it mandatory for Americans to wear masks, despite Dr. Fauci?s insistence that it be mandatory. On July 17, Georgia?s governor announced he will be suing Atlanta?s mayor over her mask mandate. Governor Brian Kemp claims that Mayor Keisha Lance Bottoms does not contain the authority to make such a ruling. (CNN) 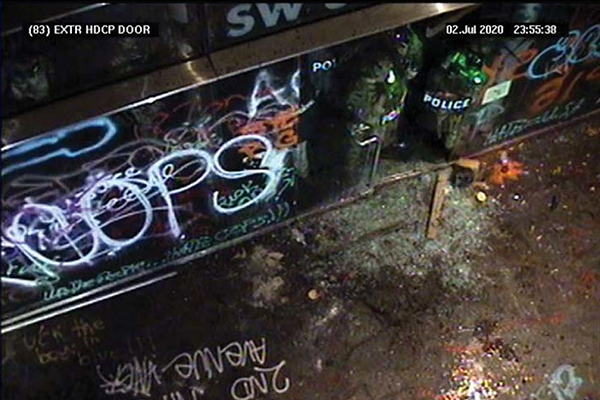 On July 13, the Atlanta Braves announced that it plans to keep its team name; however, the ?Tomahawk Chop? chant is under review. Also on July 13, the Washington Redskins announced it will be changing its team name. The new name and logo have not been revealed yet. As people continue to protest racial injustice, the world lost two important Civil Rights figures on July 17: Reverend CT Vivian, 95, and John Lewis, 80. On July 17, protests in Chicago turned violent as some people began attacking police officers providing security. At least 18 police officers were injured during the demonstrations. On July 17, the Pentagon passed a ruling that the Confederate Flag may no longer be flown on US military properties. On July 18, the US Attorney for the Oregon District announced that he will require a DHS investigation into Portland PD. The department is under fire after protesters claim that police (not in uniforms) arrested them using unmarked cars. The city?s mayor and Oregon?s governor have requested for US troops to be removed from the city, as clashes have turned violent. (CNN) 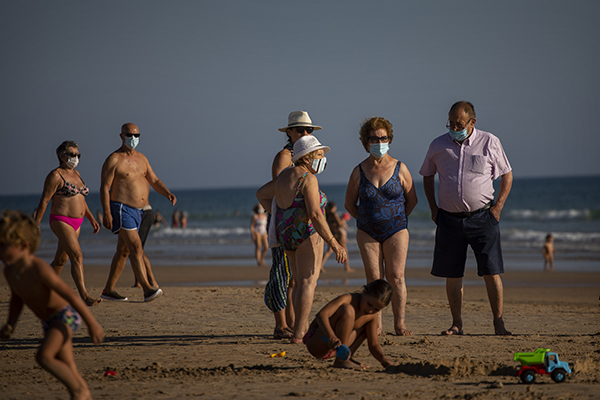 On July 19, Pennsylvania Governor Tom Wolf announced that $50 million of the state?s CARES fund will go towards hazard pay for essential workers. Wolf is also hoping the funds will help maintain employment. On July 20, eighty-seven doctors signed a letter to Arizona Governor Doug Ducey, suggesting that he keep schools closed for at least the first quarter. Last month, Ducey stated that state funding will be affected if schools don?t go back in-person. On July 22, nurses planted 160 pairs of shoes at the US Capitol to symbolize the nurses who have lost their lives during the coronavirus crisis. On July 22, California officially surpassed New York in the most coronavirus cases. Reporting 9,000 new cases a day, California has reached a total of 409,300 cases. On July 24, it was reported that at least 19 people tested positive for coronavirus after attending a county fair in Ohio. On July 24, parents in Gwinnett County, Georgia began protesting for children to go back to school. The organizer of the protest says she hopes they become state and nationwide. On July 25, it was announced that some Texas hospitals are so overwhelmed with coronavirus patients, they are considering sending home patients to die ?surrounded by loved ones.? (CNN) 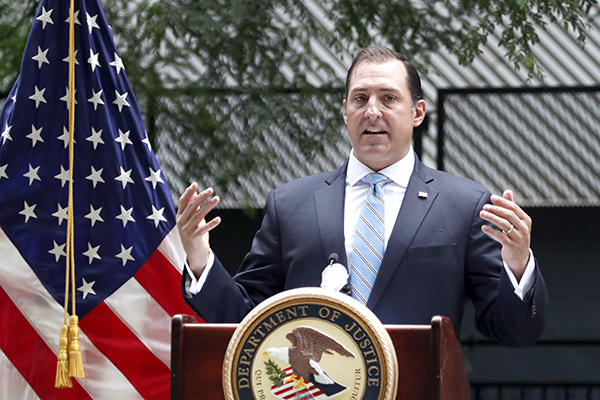 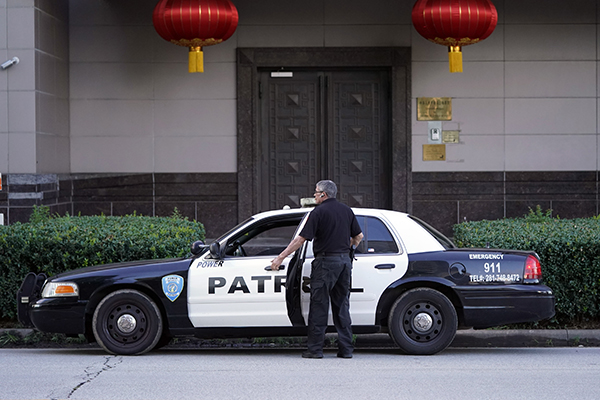 On July 22, it was announced that the Chinese consulate in Houston will close. US Secretary of State Mike Pompeo stated the decision came after it was revealed that China was ?stealing? intellectual property. China condemned the decision, and various people can be seen burning papers outside the Houston consulate. (BBC) 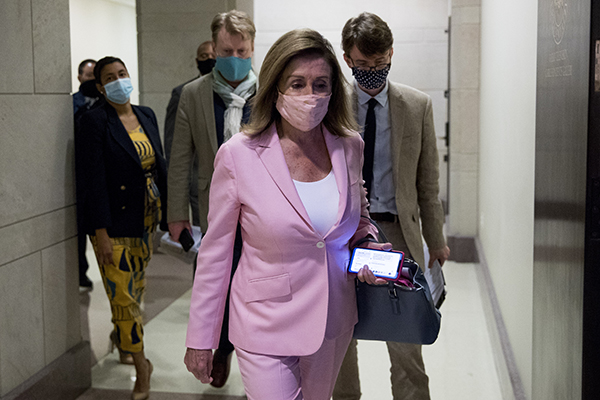 On July 27, CNN reported that the US Mint is actually begging for spare change. Since the coronavirus pandemic began, less people have been using cash, creating a national coin shortage. The US Mint is hoping people either pay in exact change or bring their coins to banks for exchange. On July 27, it was reported that the Miami Marlin opening MLB game was cancelled due to an outbreak among the team. On July 30, the US House of Representatives stated that all lawmakers and representatives must wear masks or risk being thrown out. The decision came after various lawmakers tested positive. (CNN) 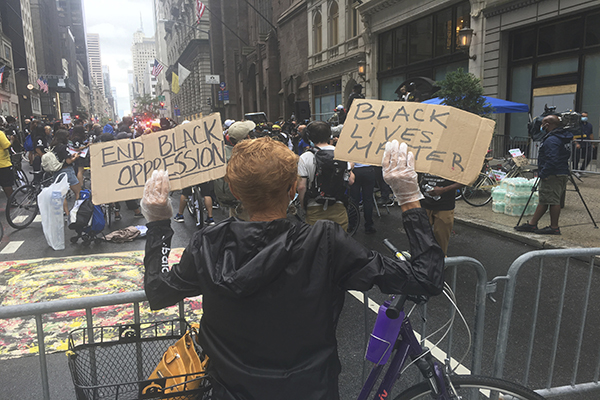 On July 25, as protests in Portland continued, at least one person was stabbed during a crowded conference. On July 25, one man died and another was injured after a shooting at an Austin, Texas protest. Garrett Foster, the 28-year-old victim, allegedly approached a honking car with an AK-47. Many protesters began hitting the car before shots rang out. The suspects in the shooting have been brought in for questioning. On July 26, at least 47 people in Seattle were arrested after police declared the protests a ?riot?. The protest was declared a riot after protesters threw rocks, bottles, and fireworks at police. On July 29, many New York protesters argued that the police were ?kidnapping? protesters. The complaint comes shortly after similar concerns were raised in Portland. Outrage came after security footage showed plain-clothed officers making an arrest. On July 29, amidst the BLM protests, Massachusetts passed a law to make Juneteenth an official state holiday. On July 29, many Portland protesters were released from jail on the one condition that they do not attend anymore protests or demonstrations. It is under review as to whether or not this new order is constitutional. On July 30, the Trump Administration announced that it will be withdrawing some federal troops from Portland. (CNN) 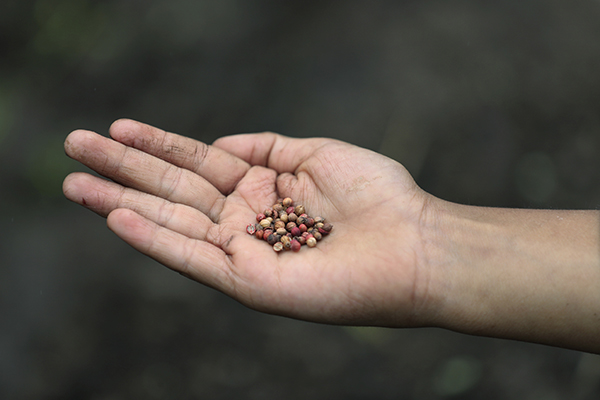 On July 30, all 50 states issued a warning regarding the suspicious packages of seeds being randomly delivered to homes. The US Department of Agriculture has reported that the seeds appear to be from China and may be harmful to surrounding plants. Another theory is that the seeds are part of a ?brushing scam,? which is where sellers send products to people who didn?t order them and write positive reviews as that person. The actual motive of the seeds is still unclear. If you receive seeds, the USDA has steps it asks you follow. (CNN)