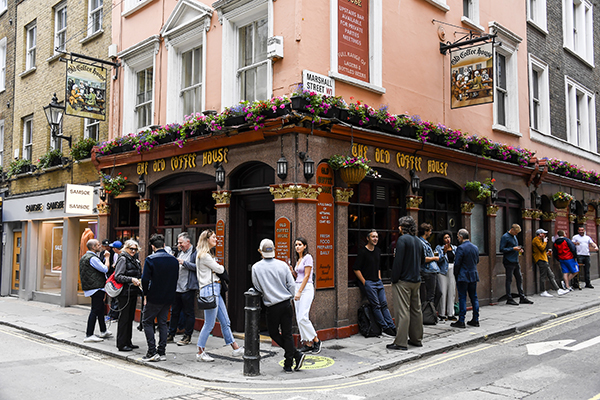 On July 2, after sixteen days in the hospital for coronavirus, Honduras President Juan Orlando Hernadez was released. Many hospitals in Honduras are collapsing due to the overwhelming number of COVID cases. On July 3, the CDC reported that hundreds of thousands could die from coronavirus in Latin America. So far, 121,000 people have died in Latin America, but the CDC predicts that number could increase by 300,000 by October. On July 3, bars and restaurants in Brazil reopened, causing officials to fear for the worst. On July 4, after four months of quarantine, England reopened bars and pubs. Many worry this will only worsen the pandemic as weeks before, thousands flocked to beaches without masks. On July 4, about 3,000 residents in 9 tower blocks in Melbourne were told not to leave their homes for any reason for at least five days. At least 23 coronavirus cases were confirmed in two of the estate towers. (CNN) 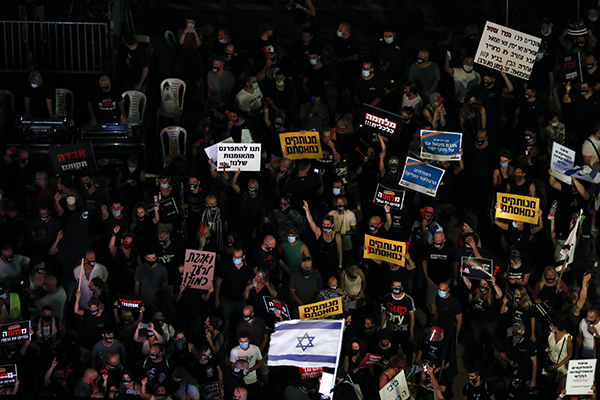 On July 4, 200,000 people in Northern Spain were placed on lockdown after a spike in COVID cases. On July 5, two Americans faced a hefty fine after breaking Canada?s coronavirus law. Anyone entering the country must quarantine for 14 days before traveling elsewhere. On July 5, a UK police officer stated that it was clear that drunk people can?t socially distance as various pubs around the area flooded with people upon reopening. On July 6, Australia announced that it will isolate the 6.6 million residents in Victoria as the country sees a rise in cases in Melbourne. For the first time since the pandemic started, the border between Victoria and New South Wales will be closed. On July 6, India announced another 24,000 coronavirus cases, surpassing Russia?s total. On July 7, protests erupted in the Serbian capital Belgrade after a coronavirus curfew was implemented. The protests began peacefully, but then turned violent. On July 11, thousands took to the streets of Israel to protest the economic hardships they claim resulted from how the government handled coronavirus. Many of the protesters stated that the government compensation checks have been too slow to arrive. (CNN) 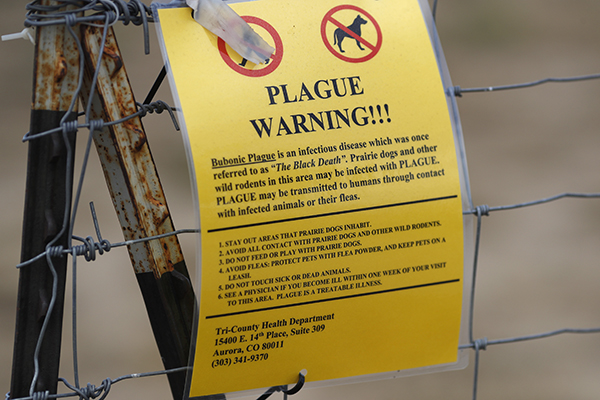 On July 6, it was reported by CNN that there is a suspected case of the bubonic plague in Mongolia. The bubonic plague caused the Black Death pandemic. The city of Bayannur is now on Level 3 warning of plague prevention until the end of the year. People are urged to practice extra sanitary precautions and avoid hunting and eating animals that could carry the plague. (CNN) 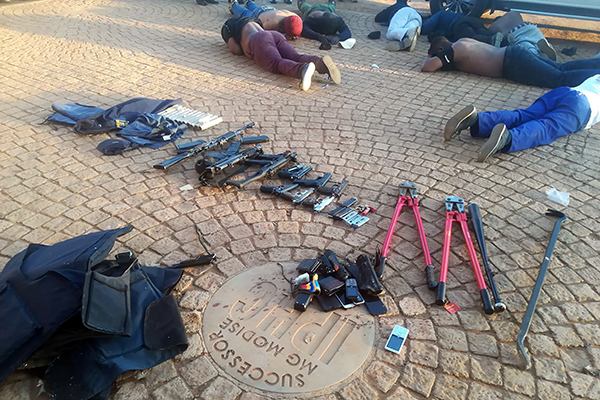 On July 11, five people died and six more were injured at a South African church after being taken hostage by gunmen. Authorities have arrested 40 suspects and the rest of the hostages have been freed. More than 34 firearms were collected by police during the investigation. (CNN) 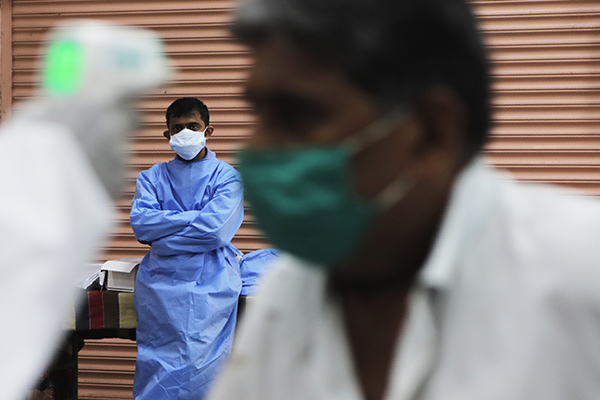 On July 14, the WHO announced that there are over 163 COVID-19 vaccines in development around the world. Only a select few have reached Phase 3, and only 23 are using humans in the clinical trial. Despite Brazil?s raising cases, many countries are looking at the South American giant to help with the vaccine. Many hope to use infected Brazilians, as the country has surpassed 2 million cases. On July 17, India recorded 34,956 new cases in just 24 hours, causing the country to surpass 1 million cases overall. India becomes the third nation (after Brazil and the United States) to hit that milestone. On July 18, it was reported that over 2,000 healthcare workers in Ghana have tested positive for coronavirus. Thus far, six have died, devastating the country. (CNN) 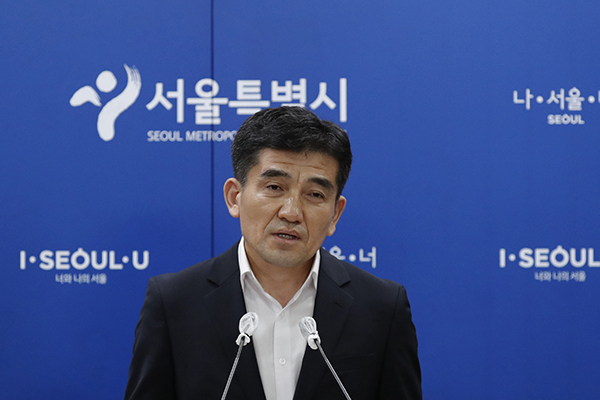 On July 13, South Korea faced an even greater division after the death of Seoul?s Mayor Park Won-soon. Earlier in the week, Park?s daughter called police stating her father was missing. Park was found dead later. His death comes after sexual assault allegations, and police have ruled out foul play. (CNN) 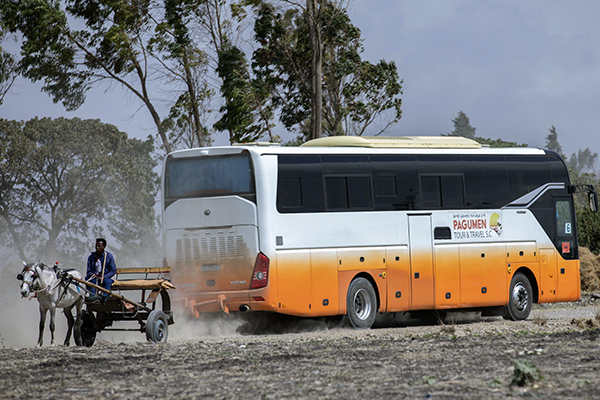 On July 14, a bus driver killed 21 passengers and injured another 15 after deliberately crashing the bus. The driver allegedly had just learned his house had been demolished, causing him to intentionally drive across five lanes of traffic and into a body of water. The driver also died. (CNN) 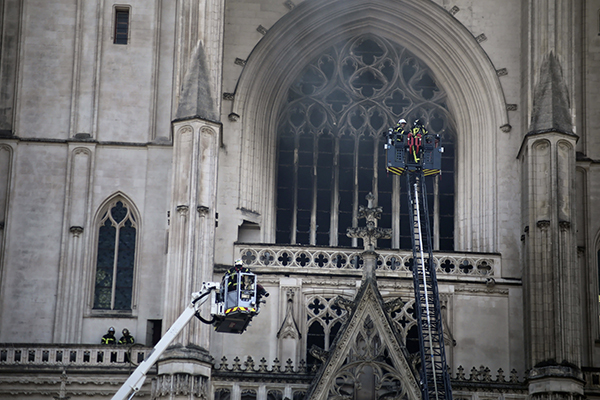 On July 18, a fire broke out in France?s Nantes Cathedral. The fire is currently being investigated as arson. Officials have stated that the fire is not as devastating as that of Notre Dame, and the roof is still in good condition despite the flames. (CNN) 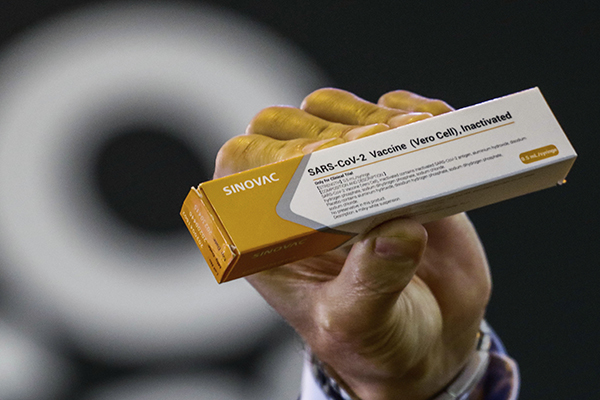 On July 20, it was reported that Oxford University has made progress in developing a vaccine. The current clinical trial has yielded positive results, triggering an immune response in patients. The UK has ordered 100 million doses of the vaccine. On July 20, France ruled that all masks are mandatory as the number of cases rise. France?s health minister has said there are 400 or 500 clusters of the virus currently. On July 20, a ?wartime? lockdown was declared in the city of Urumbiq, located in China?s Xinjiang. The city contains a large Muslim population, and has recorded 47 new cases after having none for 5 months. The lockdown measures are incredibly strict and prevent nearly 3.5 million people from leaving their homes. On July 23, China offered a $1 billion loan to the Carribean and Latin America to help countries secure a coronavirus vaccine. On July 25, CNN reported that cases in the Middle East and Northern Africa are on the rise. Iraq and Egypt are seeing some of the highest coronavirus cases in the past few weeks. Iran and Saudi Arabia are seeing another spike after the spread slowed briefly. (BBC/CNN) 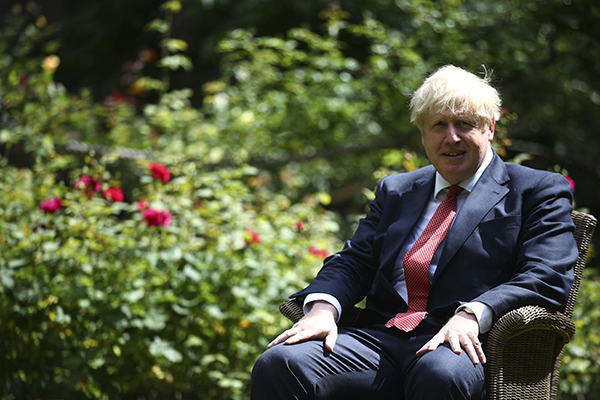 On July 20, the UK announced that it will suspend the extradition treaty with Hong Kong due to the controversial security law that was passed next month. Foreign Secretary Dominic Raab warned Beijing that the UK is watching and keeping track of the rights of Hong Kong citizens. (CNN) 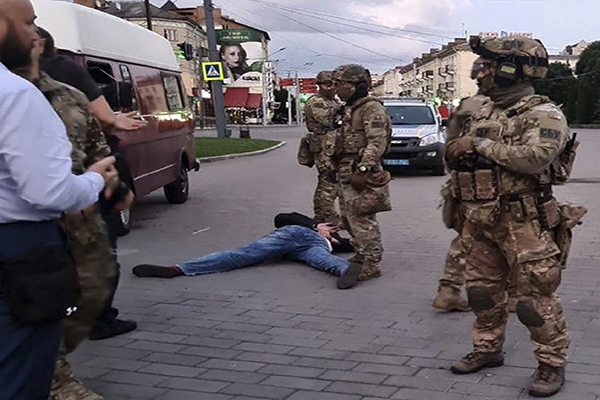 On July 22, a hostage situation in Brazil ended after President Zelensky agreed to endorse a 2005 documentary on animal abuse. The gunman hijacked a bus of 13 people and threatened to blow it up before making his demands. (CNN) 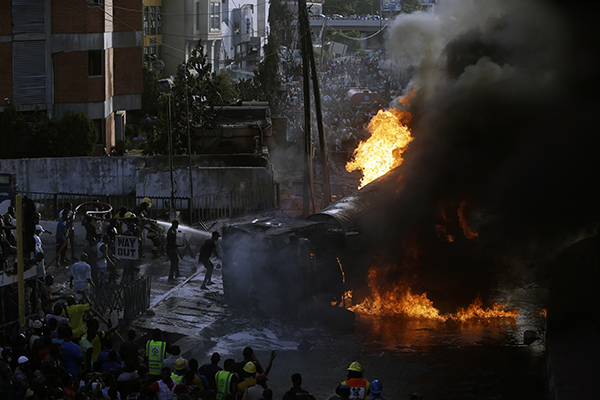 On July 25, attacks in northern Nigeria left dozens of people dead. Government officials believe the attacks were carried out by militant groups. These attacks have been ongoing since January, but a rise in violence has been noticed. (CNN) 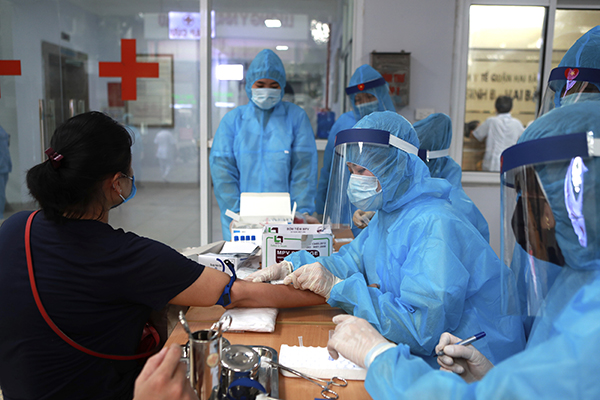 On July 29, a new research report suggested that coronavirus capable of infecting humans may have been undetected in bats for decades. Scientists have stated that the crossover between bats and humans was likely at some point. On July 29, CNN reported that Bolivian lawmakers are fighting to have the health ministry recognize a toxic cleaning agent as a COVID-19 cure. Health officials have warned that its use could be deadly. On July 30, Russia announced that it plans to have a coronavirus vaccine in just two weeks, as the country strives to be the first to develop it. The lab hopes to gain approval by August 10. On July 31, Brazil?s President Bolsonaro stated he had ?mold in his lungs? after his wife tested positive for COVID-19. Bolsonaro tested positive a few weeks earlier and believes he now has an infection. On July 31, Vietnam recorded its first two COVID-19 deaths: a 70-year-old man and a 61-year-old woman. (BBC/CNN) 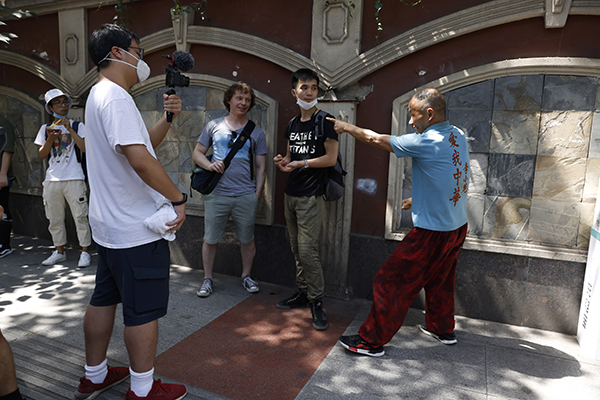 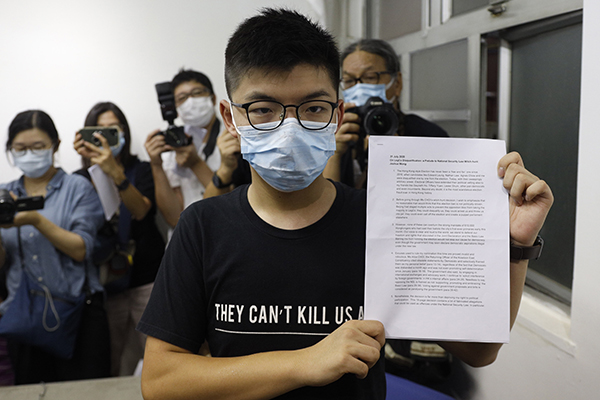 On July 30, four students were arrested under China?s new security law. The students were accused of ?inciting secession? on social media, which became illegal after the law was passed earlier this month. Other people were arrested for creating banners and slogans for protests. On July 31, Hong Kong announced that it is seeking to arrest 6 activists who have fled to the UK. (BBC)