Washington, D.C., is the capital of the United States and home to many of the country's most famous and recognizable landmarks. Follow this slideshow to learn more about some of the capital city's notable sites. 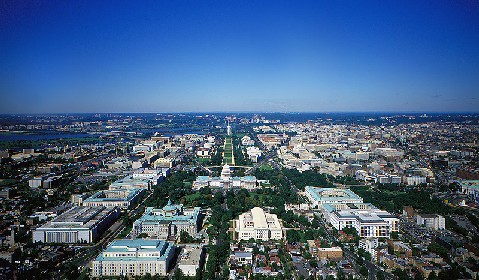 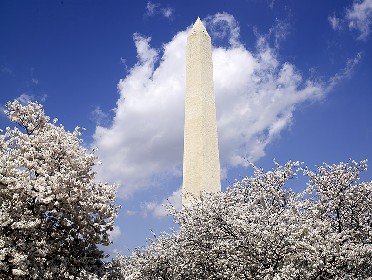 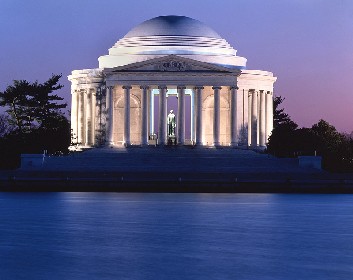 The Thomas Jefferson Memorial is located in the East Potomac Park. Twenty-six columns surround the domed, white-marble structure. The memorial was the brainchild of President Franklin D. Roosevelt, who believed Thomas Jefferson deserved a memorial, along with Washington and Lincoln. Construction began in 1938 and was finished in 1943.
Fun Fact: The 19-foot-tall bronze statue of Thomas Jefferson weighs five tons (10,000 pounds). 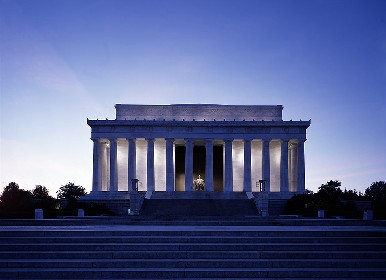 The Lincoln Memorial was completed in 1917. Inspired by the designs of Greek temples, there are 36 columns representing the number of states in the union at the time of Lincoln's death. Two murals by Jules Guerin and the famous seated statue of Abraham Lincoln are found inside the building.
Fun Fact: The statue of Lincoln was carved from 28 blocks of white Georgia marble. 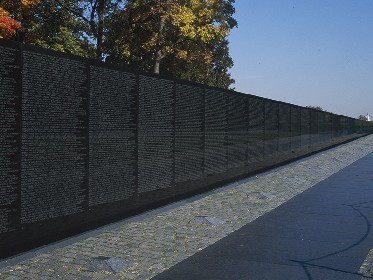 Simply called "The Wall," this highly polished black granite national shrine features the names of 58,202 Americans killed or missing during the Vietnam War. Designed by American sculptor and architect Maya Ying Lin, the V-shaped wall is 493 feet long. It is one of the most visited memorials in DC.
Fun Fact: Maya Lin was still an undergraduate at Yale University when she won the national design competition for the Vietnam Veterans Memorial. 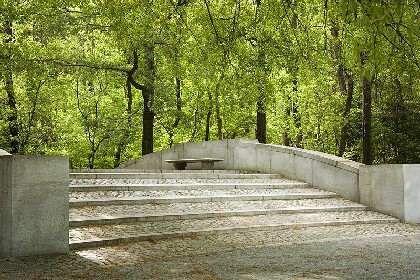 Although officially a part of DC, this island memorial can only be accessed from the Virginia side of the Potomac River. Theodore "Teddy" Roosevelt was a naturalist. During his administration, he created the U.S. Forest Service and adopted many national parks and forests that total 42 million acres of conserved land. In honor of his efforts toward conservation, Roosevelt's memorial is an island nature reserve. Nearly 90 acres of forest, marsh, and swamp are open daily to the public. No cars are allowed. A 17-foot-tall statue of Teddy Roosevelt stands on the island, surrounded by granite tablets that display his most memorable quotes.
Fun Fact: Theodore Roosevelt was the first American to receive a Nobel Prize. 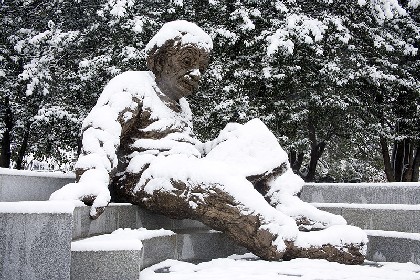 A 21-foot-tall statue of Albert Einstein sits near the National Academy of Sciences. The memorial was dedicated on April 22, 1979, in honor of the centennial of his birth. A star map set in granite at the statue's feet shows the position of the Sun, Moon, planets, and stars on the date of the memorial's dedication. In the statue's left hand is a piece of paper showing three significant mathematical equations: eV = hv - A (photoelectric effect) Rv - vR = kTv (theory of general relativity) E = mc (equivalence of energy and matter)
Fun Fact: Albert Einstein was named "Person of the Century" by Time magazine in 1999. 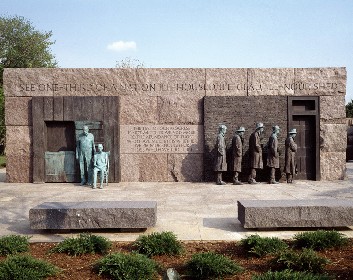 The FDR Memorial honors the 32nd President of the United States and the era from 1933 to 1945. Divided into four outdoor rooms, each represents one of FDR's terms in office. This image represents the Great Depression. The inscription at the top of this room reads "I SEE ONE-THIRD OF A NATION ILL-HOUSED, ILL-CLAD, ILL-NOURISHED."
Fun Fact: One of the memorial's statues depicts Fala, FDR's faithful Scottish terrier. 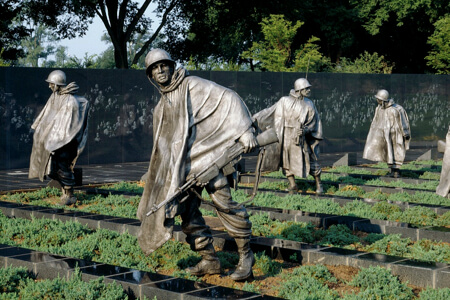 Nineteen soldiers, each standing over seven feet tall, form the centerpiece of the Korean War Veterans Memorial. Juniper bushes evoke the rough terrain of Korea, and the granite strips represent the obstacles overcome in war. Surrounding the soldiers is a wall of black granite with thousands of faces looking straight out over the platoon. This memorial opened in 1995 in honor of the veterans who fought in the Korean War (1950-1953).
Fun Fact: South Korea's national flower, the Rose of Sharon hibiscus plant, can be found on the southern side of the memorial. 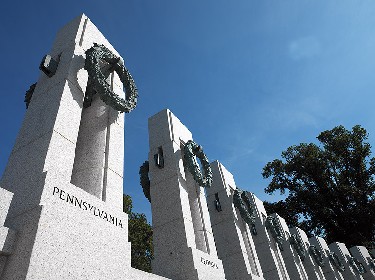 The National World War II Memorial opened in 2004 in honor of the 16 million men and women who served, and the more than 400,000 who died fighting. Fifty-six granite pillars - one for each state, territory, and the District of Columbia - are connected by bronze rope to symbolize unity. Each pillar is adorned by two bronze wreaths, reflecting "America's role as the arsenal and breadbasket of democracy."
Fun Fact: Each of the 4,048 gold stars on the Freedom Wall represents 100 Americans who died in World War II. 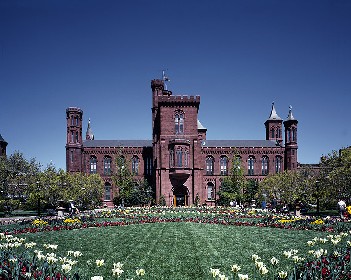 The Smithsonian Institute, also called "the nation's attic," is the largest museum in the world. It is vast, comprising 17 museums and the National Zoo in DC, and two museums in New York City. In 1829, James Smithson of London died and bequeathed his fortune to the people of the United States to create a research and educational institution. The Smithsonian Institute was officially founded in 1846, with the first museum opening that year. Pictured is "The Castle," the first building of the institute and now the Smithsonian Information Center.
Fun Fact: $508,318 is the amount of money Smithson left to the United States in 1829. 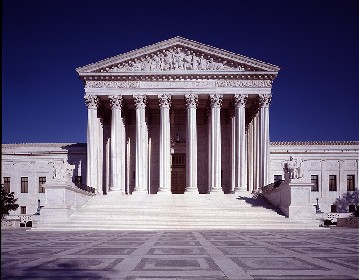 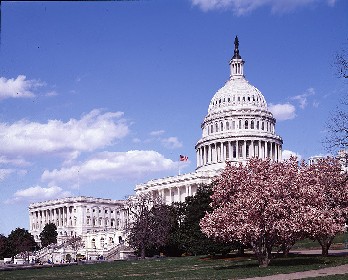 For two centuries, the Capitol Building has housed the meeting chambers for the Senate and the House of Representatives. Similar to the White House, the Capitol Building was burned by the British in the War of 1812. Fortunately, a rain storm prevented the fires from completely destroying the building and repairs were already underway by 1815. Today, the Capitol Building is a museum of American art and history in addition to its use by Congress.
Fun Fact: The dome of the Great Rotunda is 180 feet tall, which is also half the length of a football field.