Dozens Are Killed and Hundreds Wounded in Brussels Terrorist Attacks 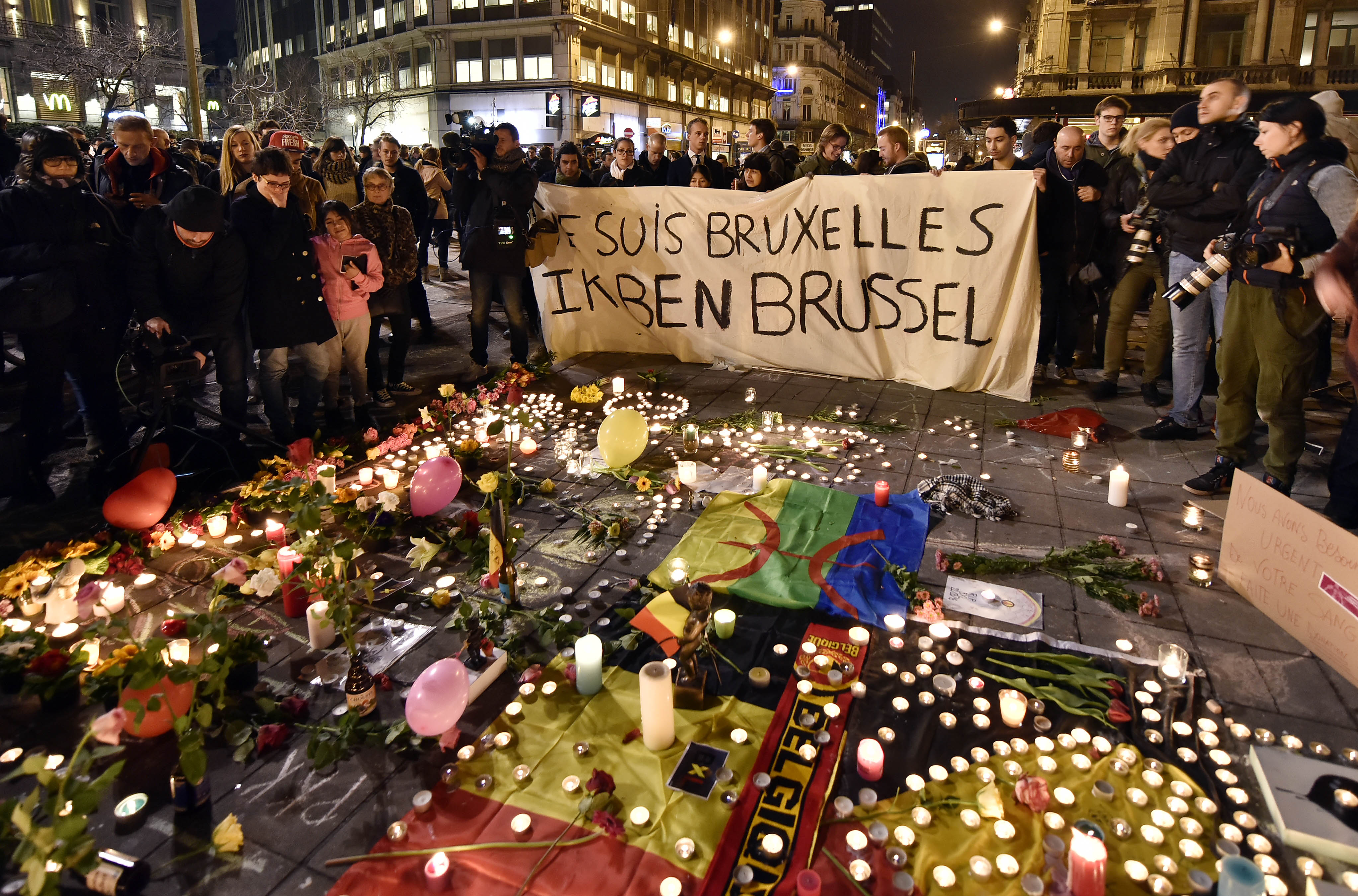 People holding a banner reading "I am Brussels" behind flowers and candles to mourn for the victims at Place de la Bourse in the center of Brussels, Belgium, Tuesday, March 22, 2016. Bombs exploded at the Brussels airport and one of the city's metro stations Tuesday, killing and wounding scores of people, as a European capital was again locked down amid heightened security threats.
Photo source: AP Photo/Martin Meissner