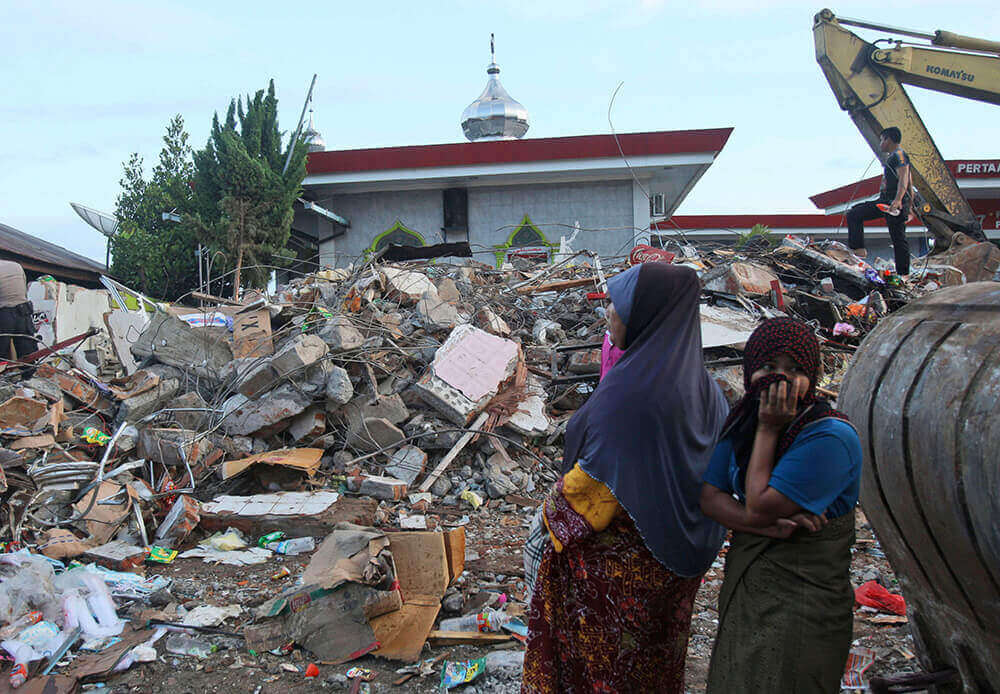 On Dec. 7, 2016, a 6.5-magnitude earthquake hits the Aceh province of Indonesia. The earthquake destroys homes, shops, and mosques throughout the popular area of Pidie Jaya. So far the death toll stands at just over 100 people but is expected to rise as rescue workers comb through the rubble; at least 136 are severely injured. Additional medical personnel are sent to the region because of the damaged Pidie Jaya Hospital. Sutopo Purwo Nugroho, the National Board for Disaster Management spokesman, makes a statement in the Jakarta language, "Now our priority is the search and rescue operation. We have to move so fast to save them."
Photo source: AP Photo/Binsar Bakkara