Origins of the Christmas Holiday 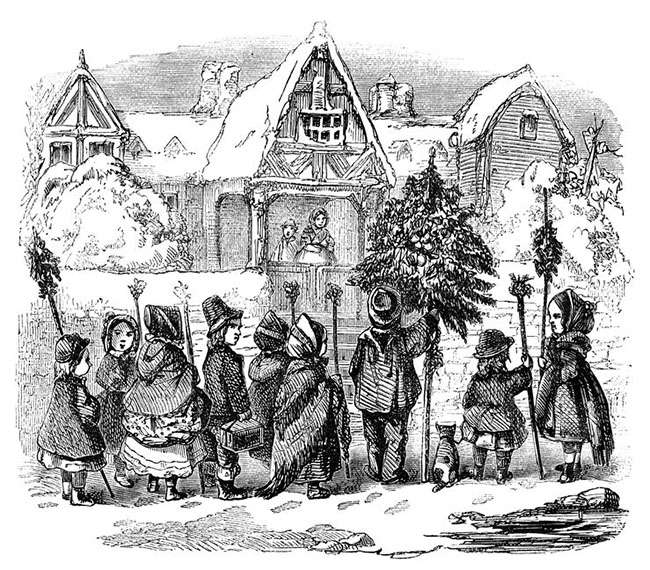 From its modest beginnings, Christmas has evolved into the biggest celebration in the world.

Christmas is the fourth most important Christian date after Easter, Pentecost, and Epiphany, a feast held January 6 to commemorate the manifestation of the divinity of Jesus. Roman Catholics and Protestants celebrate the birth of Jesus on December 25. Many Orthodox Christians use the Julian calendar, which places Christmas around January 6.

Early Christians, however, did not celebrate Christmas. There was disagreement about when Jesus was born and some early Christians opposed celebrating his birthday. In the fourth century Christmas was added to the Church calendar as a feast day.

The Romans celebrated Saturnalia, a feast named for Saturn, god of agriculture, on December 21, the winter solstice in the northern hemisphere. They believed the shortest day of the year was the birthday of the sun. The Roman emperor Constantine was a member of the sun-cult before converting to Christianity in 312.

Some scholars suspect that Christians chose to celebrate Christ's birth on December 25 to make it easier to convert the pagan tribes. Referring to Jesus as the "light of the world" also fit with existing pagan beliefs about the birth of the sun. The ancient "return of the sun" philosophy had been replaced by the "coming of the son" message of Christianity.

Gradually, Christmas celebrations began to adopt the joyful, often boisterous, holiday traditions of pagan cultures. The story of the nativity was told through music, art, and dance.

Some Medieval Christians objected, however, maintaining that Christmas should be a somber religious day, not a secular festival. After the Reformation, certain Protestant groups opposed Christmas celebrations. Oliver Cromwell banned them in England. King Charles II restored Christmas when he ascended the throne.

Christmas celebrations became more common in America during the mid-1800s. The introduction of Christmas services in Sunday schools reduced religious opposition, while the Charles Dickens novel A Christmas Carol popularized the holiday as a family event.

More from the Winter Holiday Roundup.