What Is There to Do in North Korea?

What to do in the Hermit Kingdom?

North Korea, also known as the Democratic People's Republic of Korea (or DPRK), may not be on the top of many travel wish lists. Stories of foreigners imprisoned on false charges, North Korean defectors risking death to escape to China, and of extreme brutality at the hands of Korean leader Kim Jong-un, have scared all but the most adventurous travelers off.

While it is nearly impossible to tell how much of the propaganda that we hear about North Korea is true or, well, propaganda, we do know that it is possible to travel to this reclusive country and a number of Americans and Europeans do. However, you can't exactly hop on the next flight to Pyongyang or ride up the Korean peninsula. The country is currently in a lockdown after the onset of the coronavirus pandemic last year, and is facing major food shortages. Even in normal times, all travelers must be on guided tours with North Korean tour guides and there are only a few tour operators that operate there. Most of the tours visit the same sights, stay at the same hotel, and eat at the same restaurants so the only major difference between them is price.

With all the red tape that you have to go through to get there, many people may be wondering if it is worth it and whether there is actually anything to do there. The answer to both of these questions is yes! There is actually a surprising amount to do in North Korea. 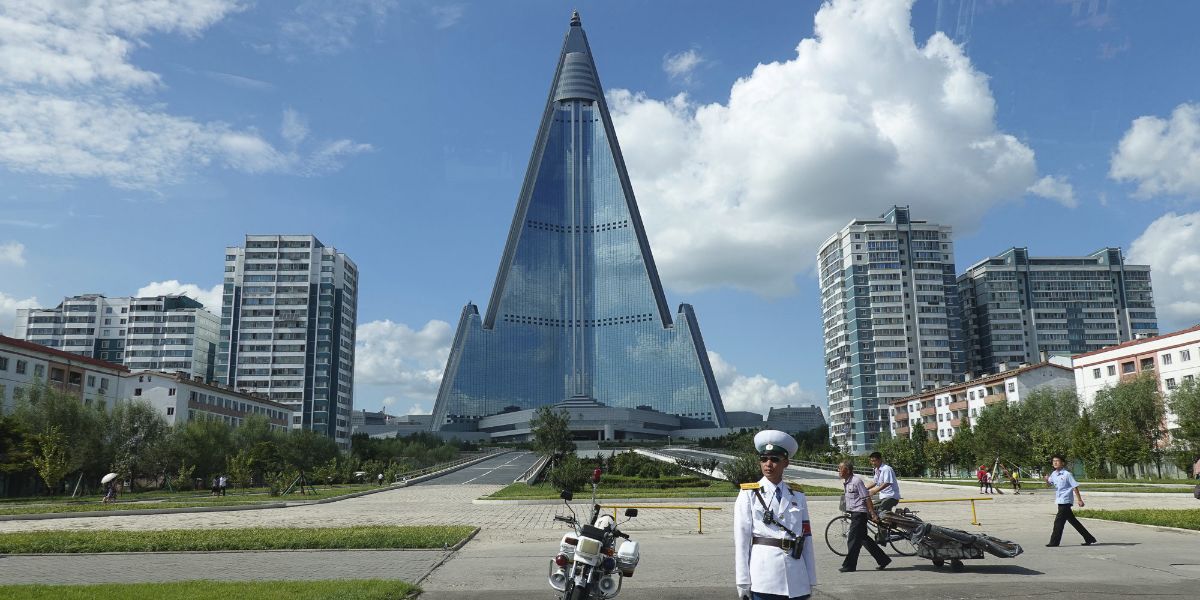 One of many Cold War relics that you can find scattered around Pyongyang, the Ryugyong Hotel is a 300-meter high skyscraper that dominates the city skyline. It was built in response to a South Korean firm's successful completion of the Westin Hotel in Singapore, which at that point was the tallest hotel in the world. Although the Ryugyong Hotel was supposed to open in 1989, the project was postponed many times. Construction was completely stopped in 1992, resumed again in 2008, and then technically the hotel was ?finished? in 2011.

As of 2021, the hotel is still closed and it is now known as the world's tallest unoccupied building. Tours don't normally enter the hotel but you can view it from virtually everywhere in the city. 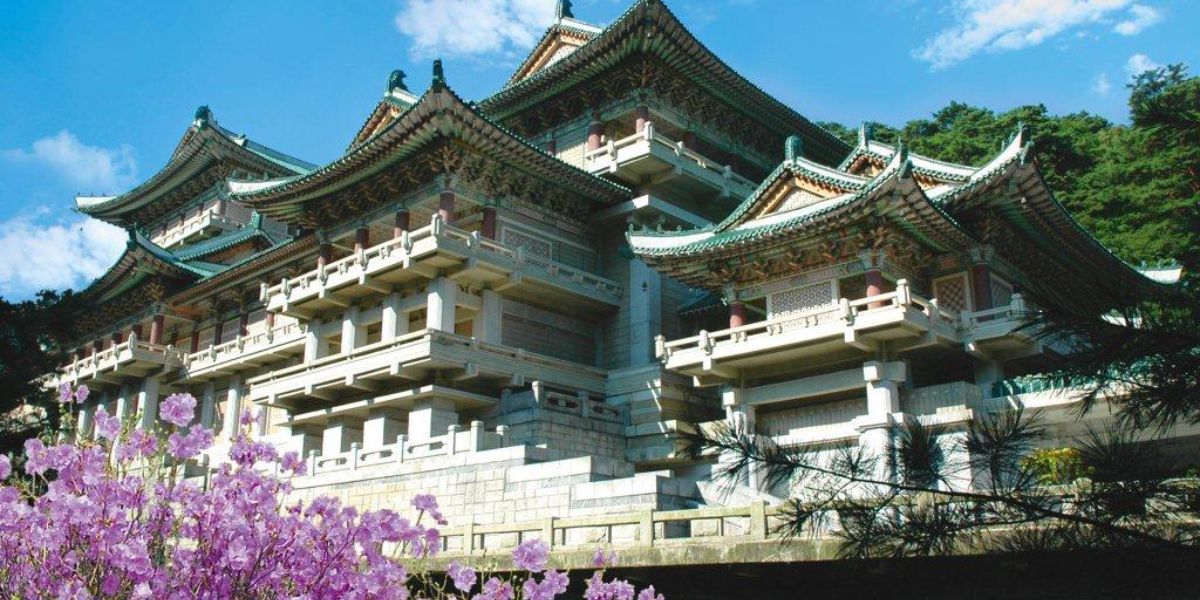 Considering how few ?friends? North Korea has in East Asia or further afield, this sounds more like an example of a complete lack of self-awareness than an actual exhibition hall. But, their nuclear weapons research and ballistic missile tests haven't turned off everyone. Inside, you can see a huge collection of gifts given to North Korea's leaders Kim Il-sung and Kim Jong-il by other Communist leaders and officials including Fidel Castro, Nicolae Ceausescu, the Sandinistas of Nicaragua, and Stalin. 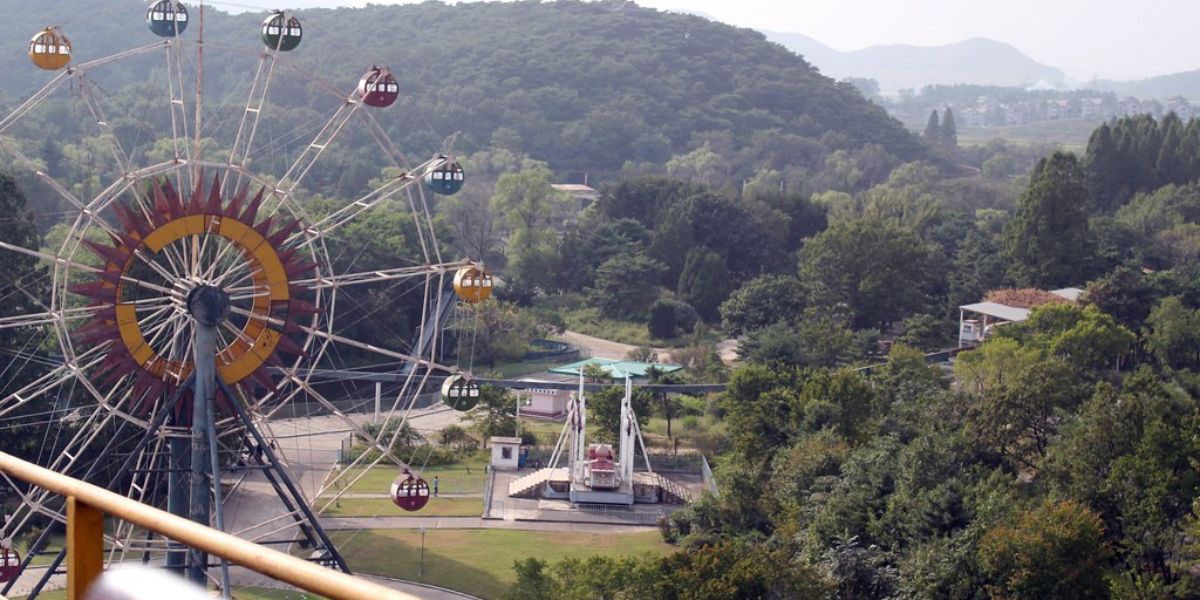 This somewhat abandoned-looking amusement park is home to some truly terrifying rides. Drop towers, roller coasters, and other amusement park rides thrill Koreans while scaring the pants off of any foreigner crazy enough to ride them. This is an amusement park visit that you will never forget. 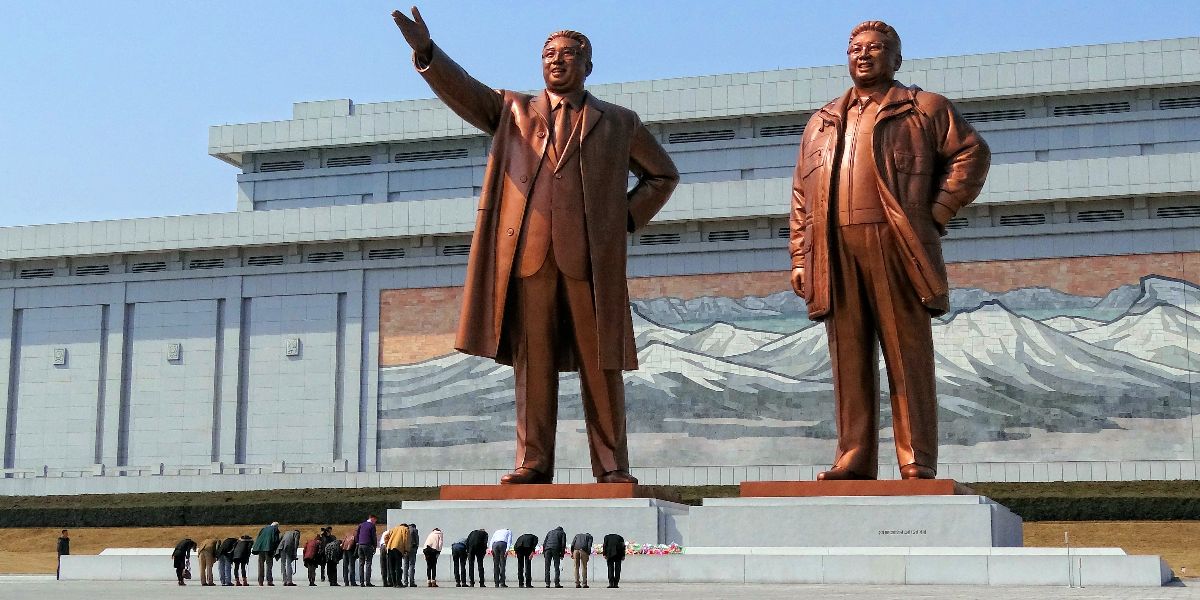 If you have ever wanted to see 20-meter tall statues of some of the world's most infamous dictators, this is the place to do it. Kim Il-sung and Kim Jong-Il stand proudly over the city and wait patiently while North Koreans solemnly pay their respects to their lost leaders. 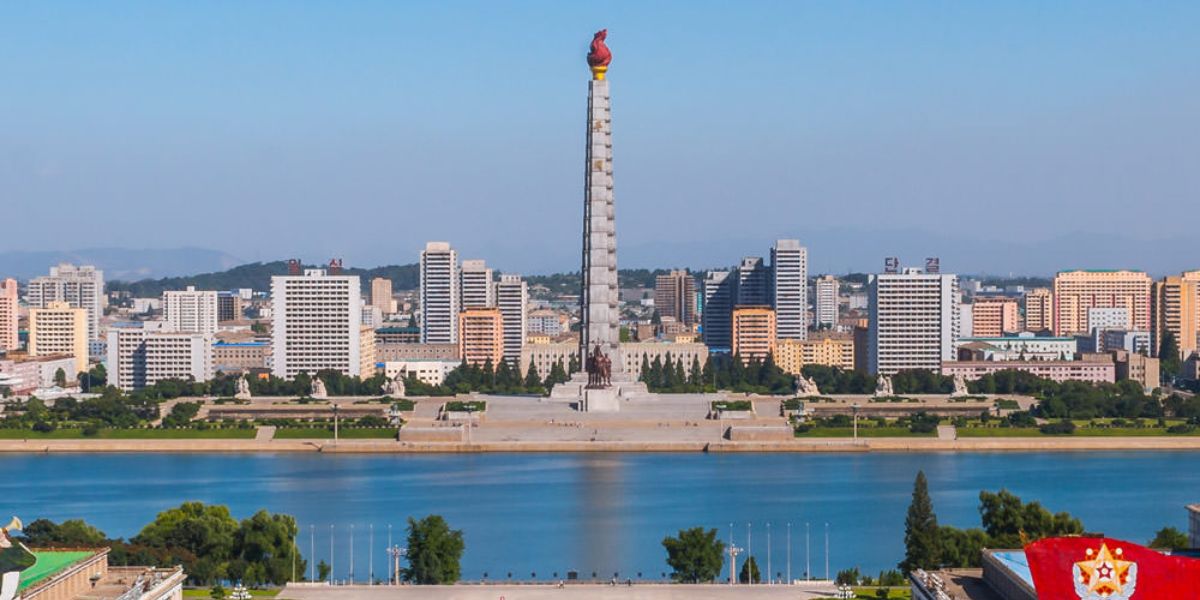 This symbolic tower was built in 1982 in honor of Kim Il-Sung and looks a little bit like the Washington Monument. You can ride to the top of the tower in an elevator to get a bird's eye view of Pyongyang or simply take some cool photos of it from street level. 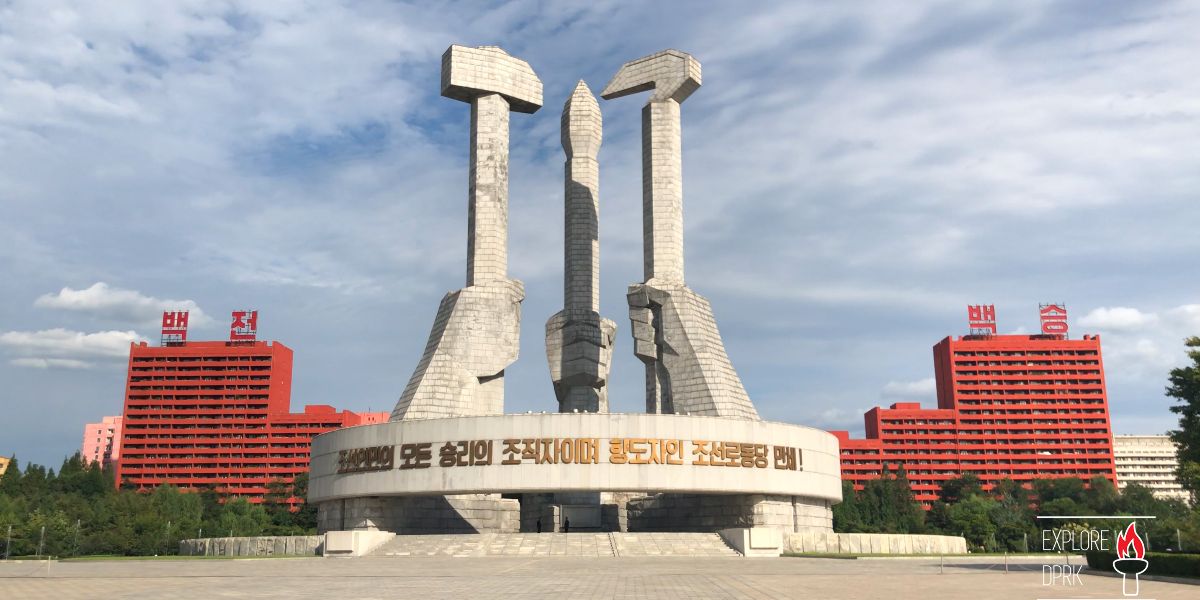 This humongous monument stands 50 meters tall and features three hands holding a hammer, sickle, and a paintbrush. It represents the Workers' Party and inside you will find three large bronze statues that represent the party's roots, vision, and the unity of the people.

Kumsusan Palace of the Sun 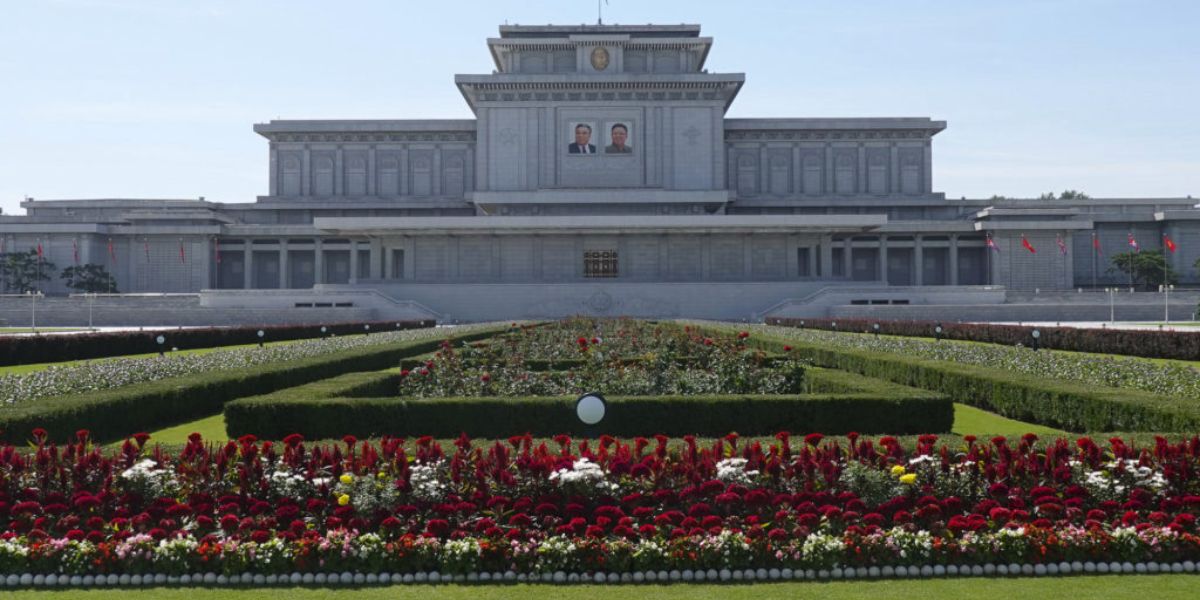 Originally used as a residential palace for Kim Il-sung, the Kumsusan Palace was converted into a mausoleum and is now the final resting place of North Korea's Kim family. Getting inside is quite a laborious process and you must be well-dressed to enter but it is a very interesting place to visit, especially if you are interested in seeing the embalmed bodies of past Communist leaders (there are surprisingly many of them interred in mausoleums around the world.) 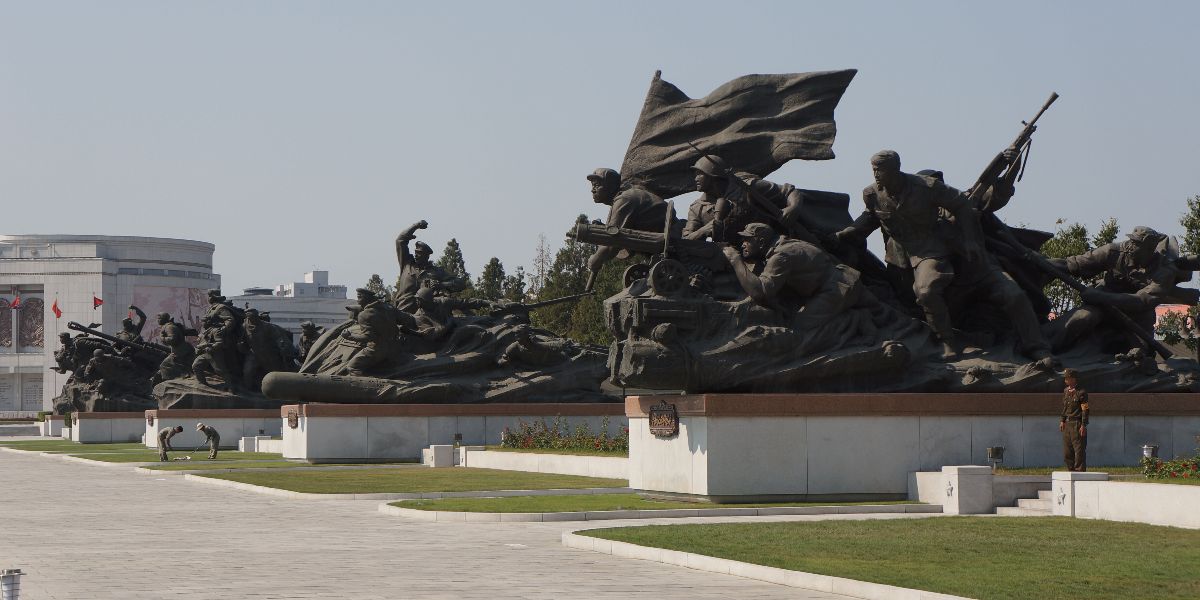 This museum documents the victories of North Korea over Japan and the United States. The Victorious Fatherland War Museum is almost amusingly anti-American and even the tour guides seem a bit jaded when describing all of the supposed atrocities that American's committed in DPRK. While you are there, you can also see the USS Pueblo, an American ship that was captured in North Korean waters. 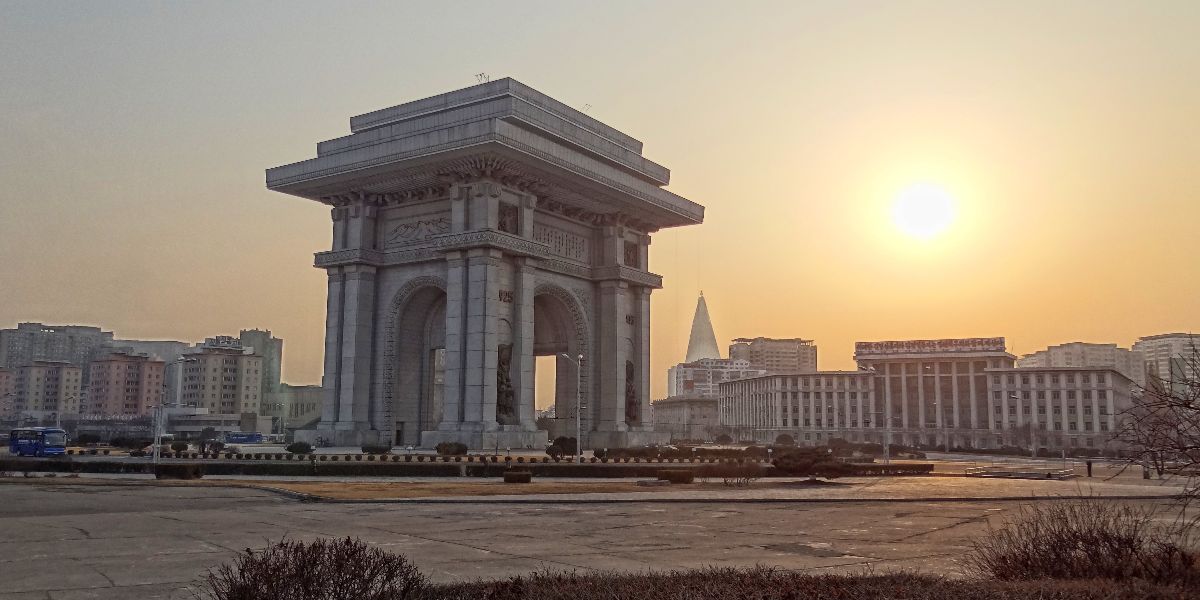 Pyongyang's Arch of Triumph is a confusing landmark considering that North Korea hasn't actually won a war. Instead, it commemorates the withdrawal of Japanese troops from the city in 1945. It is the second tallest triumphal arch in the world after the Monumento a la Revolucion in Mexico City. 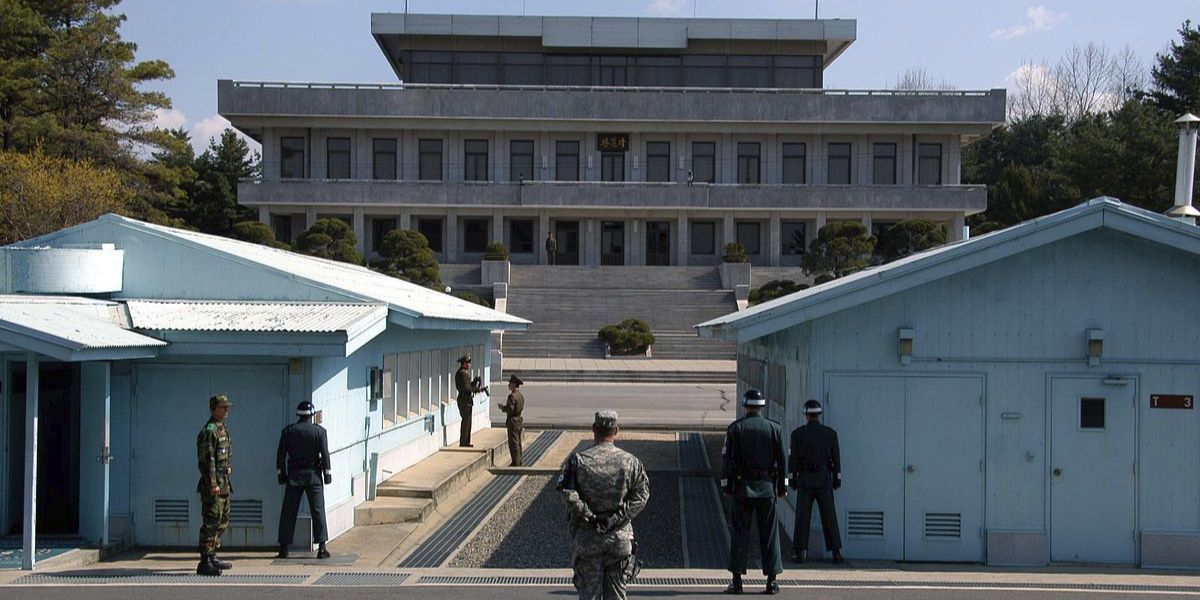 To truly understand the relationship between South Korea and North Korea, you should visit the DMZ (aka demilitarized zone). The tour begins with a military official giving the historical background of the conflict and then you head over to the border.

Ride on the Pyongyang Metro 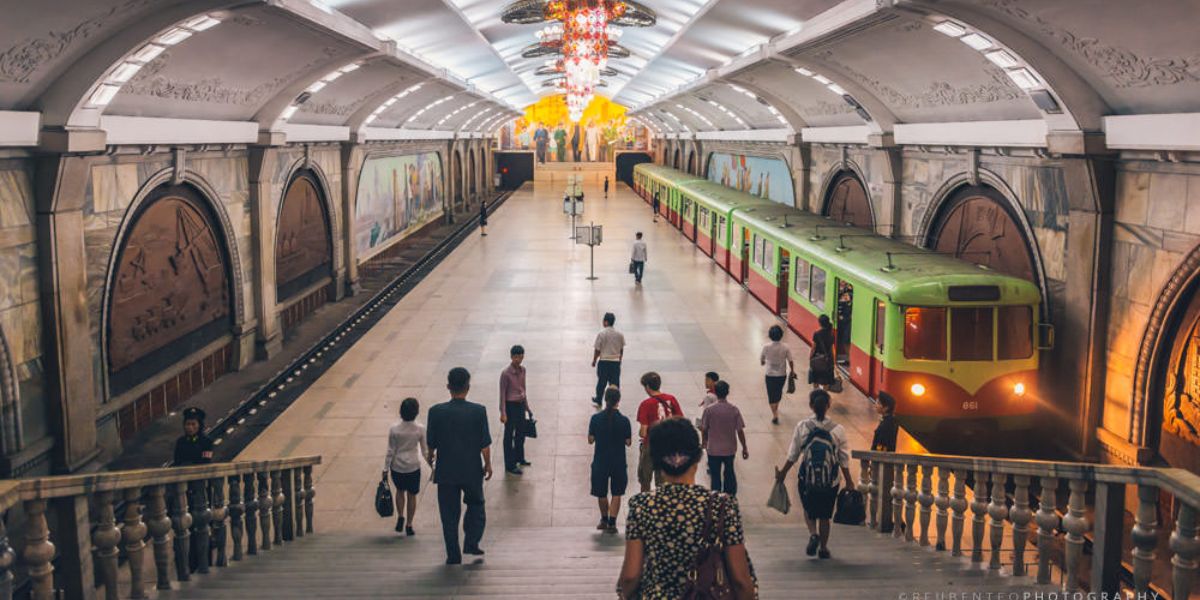 Most tours take visitors on a short ride in the Pyongyang Metro. Like many post-Soviet stations, the metro stations are adorned with beautiful artwork and it is impressive to see. Although the metro only has two lines, there is a museum dedicated to it.

Run in the Pyongyang Marathon 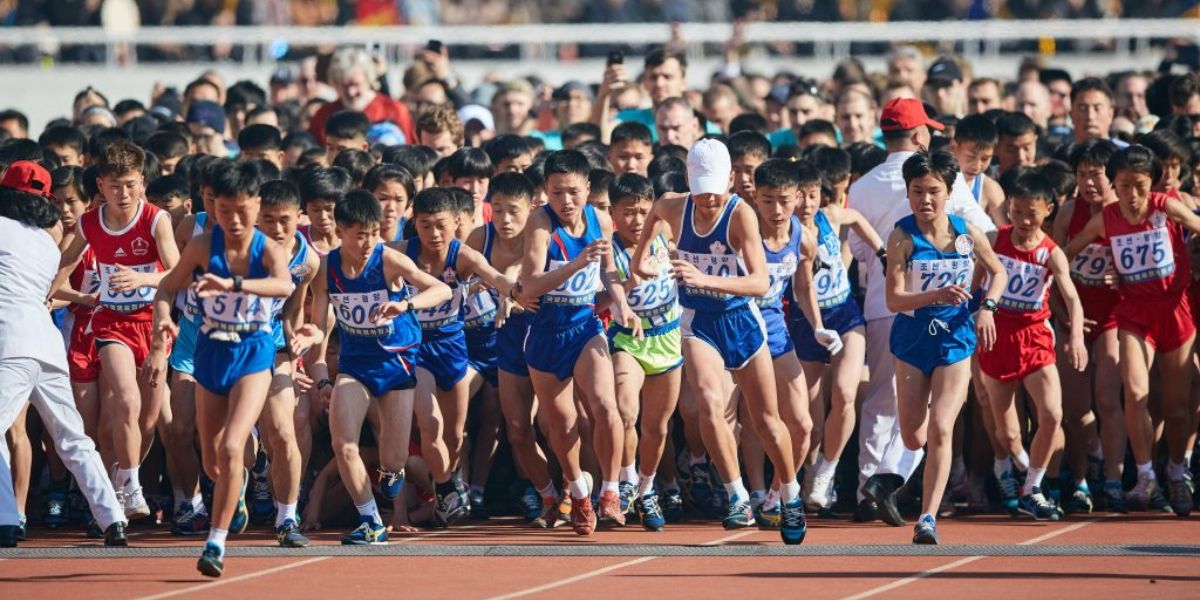 The Pyongyang Marathon officially opened for foreign runners back in 2014 and now everyone is free to join either the 5k, 10k, half, or full marathon. All distances allow you to run through the streets of Pyongyang and it gives you a very different, and unique, perspective of the city. 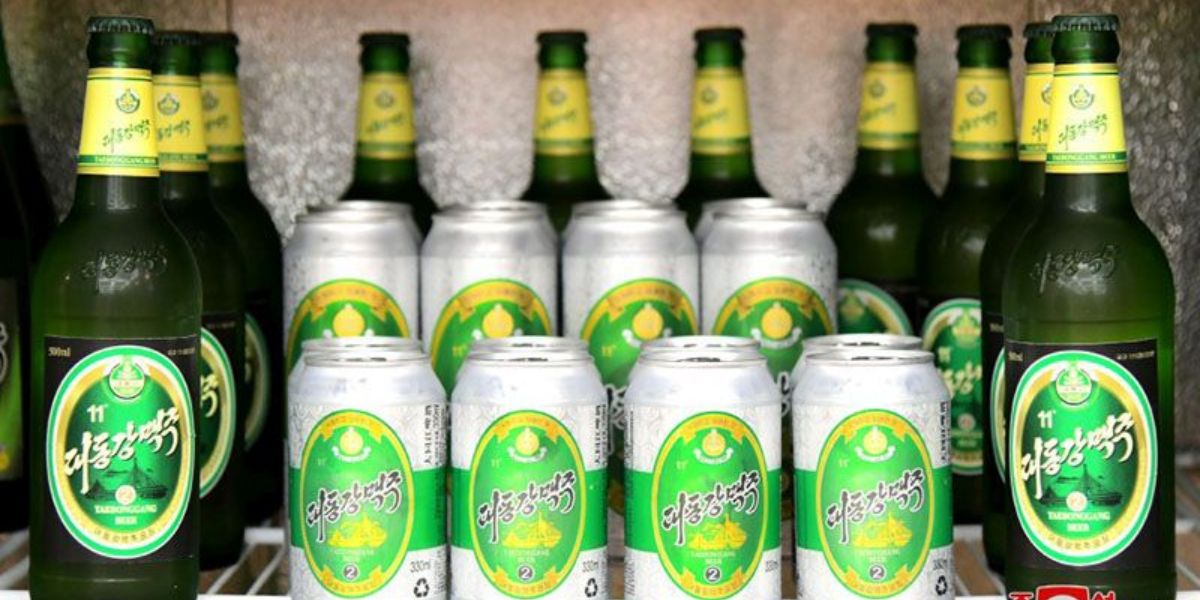 Although North Korea probably isn't place where you want to get drunk, North Korean beer is a notable export. The Taedonggang brewery, run by the North Korean state, reviews surprisingly well. A New York Times reviewer in 2008 reviewed it favorably to other Korean beers, so if you're around it is definitely worth trying some.