Here's a walk-through of the Battle at Gettysburg

The Battle of Gettysburg was the largest battle of the American Civil War and casualties were extremely high with 3,155 Union soldiers and 4,708 Confederate soldiers losing their lives. In the spring of 1863, Confederate General Robert E. Lee's Army of Northern Virginia won the Battle of Chancellorsville. Spurred on by that victory, Lee marched his army north into Maryland and Pennsylvania. The Union Army of the Potomac pursued General Lee's army.

In June of 1863, the Union Army of the Potomac was led by Major General Joseph Hooker. However, after being defeated by General Lee's army in the Battle of Chancellorsville, Hooker was soon relieved of his post by Abraham Lincoln. Lincoln removed Hooker because of his poor performance at Chancellorsville and replaced him with Major General George Meade soon after the Gettysburg Campaign began.

After discovering that Gettysburg, Pennsylvania was occupied by Brigadier General John Buford's division of the Union Army, the Confederates sent divisions led by Major General Henry Heth and Major General William Pender to defeat Buford's men and occupy the area. The battle began over Marsh Creek at 5:30 in the morning. By late morning, Heth's men had been defeated and were forced to retreat to Herr Ridge.

Both sides brought in reinforcements, and by the afternoon, General Lee had joined the battle. By evening, the Confederate Army had pushed back, forcing the Union Army to retreat out of Gettysburg to Cemetery Hill. Day one was considered a victory for the Confederates, but the Union Army had held the high ground area south of Gettysburg and would soon be joined there by reinforcements. 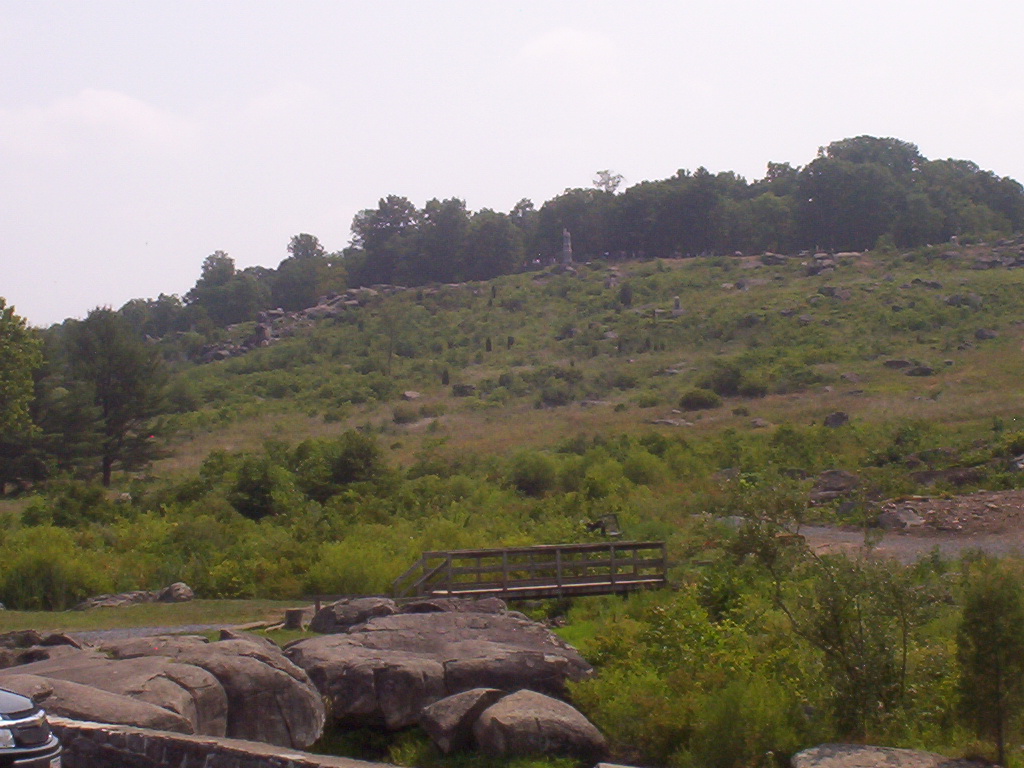 Encouraged by the Confederate Army's success on July 1, General Lee continued the battle the following day. In the early morning hours, he sent a team on a reconnaissance mission. They discovered that the Union Army didn't spread as far south as Little Round Top. Therefore, General Lee ordered two divisions to march south. There the two divisions were joined by another as back up, a total of almost 20,000 soldiers.

However, the Union Army was ready for General Lee's offensive moves. Six of their corps were already on the battlefield, with another (the VI Corps) on the way. General Meade had arranged the army in a fish-hook formation, starting on the right at Culp's Hill and Cemetery Hill, extending through Cemetery Ridge and ending on the left near Little Round Top. 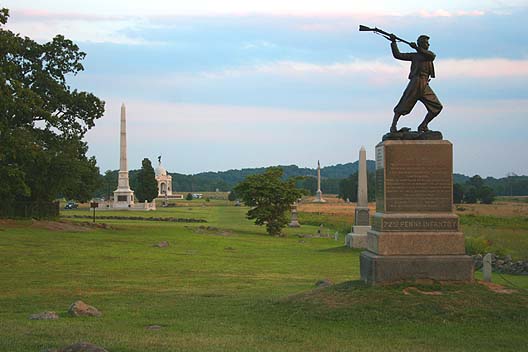 The left side of the Union Army near Little Round Top was led by Major General Daniel Sickles. Sickles did not agree with his troops' assigned position and by afternoon, he had moved his line half a mile west to the higher open ground near a peach orchard. Soon after Sickles moved his troops, the Confederates attacked and, after some intense fighting, Sickle's entire line of soldiers fell. The Confederates pushed to Little Round Top, but Union reinforcements held them there. Elsewhere, Confederate troops pushed to the edge of Cemetery Ridge, but could advance no further. By the end of the day, the Confederate Army's plan to attack and take Cemetery Hill had been unsuccessful. While Lee's army had gained some ground, they had not pushed the Union troops out of position.

General Lee had not lost confidence going into day three. The Confederate Army had received reinforcements and that night he ordered General Longstreet's troops, which had been reinforced by Major General George Pickett's division, to continue their assault on the Union's left. Meanwhile, General Ewell's troops were to attack Culp's Hill. Finally, a third group, led by General Stuart, would attack the Union's rear in an effort to distract General Meade and disrupt communication down the Union's line. 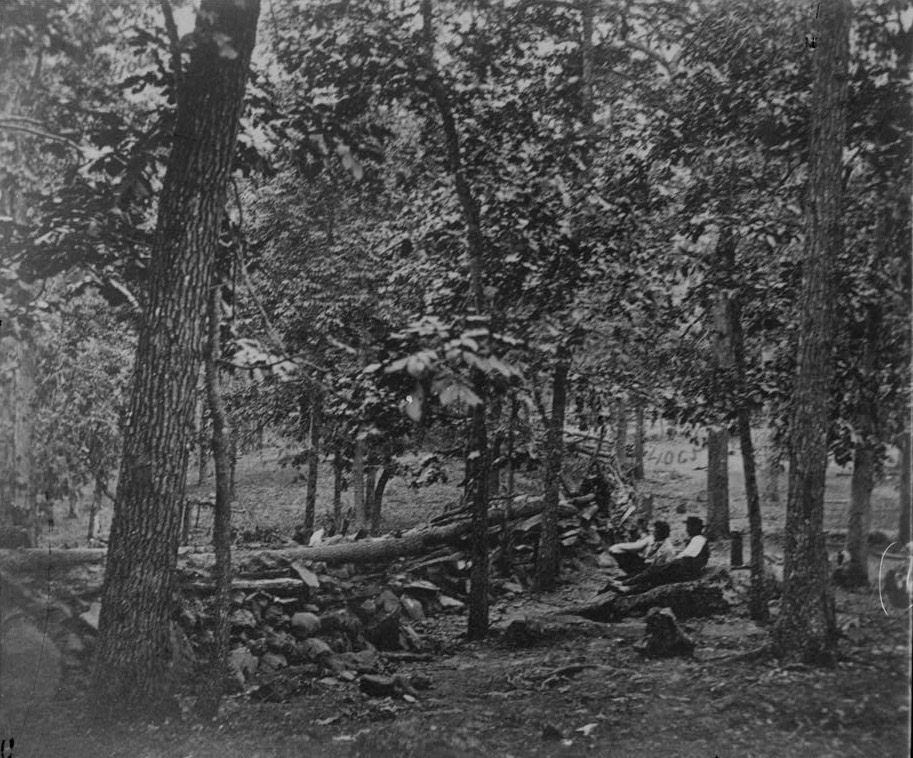 General Meade's plan was simple: hold position and wait on General Lee's attack. However, Meade did order the troops at Culp's Hill to attack Ewell's forces at sunrise. The Union Army bombarded Ewell's forces and the two sides engaged in an intense musket battle.

With Ewell's troops engaged, General Lee had to revise his plan of a coordinated attack. Lee shifted his plan attack to the center of the Union's forces on Cemetery Ridge, first with cannon fire and then with a charge from troops, including Pickett's division. At one in the afternoon, the Confederates started bombarding the center of the Union's line. The Union Army was ready and responded with 80 cannons. What followed was a two hour duel between the two sides, charging at each other. The duel would become known later as "Pickett's Charge." The Union's artillery and musketry overwhelmed the Confederate Army. The battle was effectively over.

After the battle, General Lee and his army retreated back to Virginia. In November 1863, President Lincoln delivered his historic Gettysburg Address during the dedication ceremony for the fallen Union soldiers at the Gettysburg National Cemetery. Even though the Civil War continued for almost two years, the Battle of Gettysburg has often been cited by historians as the turning point of the war.