The American public has always been fascinated by first families. We know much about the lives of the presidents and first ladies, but what about the children in the White House? Follow this slideshow for images and information about some notable first kids. 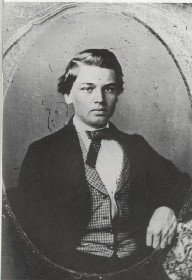 Robert was the son of Mary and Abraham Lincoln, and was the only one of their children to reach adulthood. Robert witnessed the assassinations of three presidents—Lincoln, Garfield, and McKinley. Following McKinley's shooting, Robert later refused to attend any functions involving U.S. presidents out of concern that he brought bad luck to them.
Fun Fact: Robert attended the dedication of the Lincoln Memorial in Washington, D.C. in 1922. 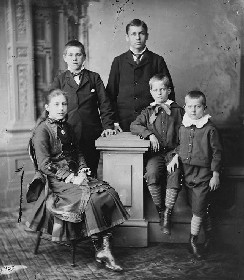 James Rudolph Garfield (the first boy from left in the picture) was 15 years old when his father, James A. Garfield, became president. His father was president for only six months before he was assassinated. President Garfield was shot while he was waiting for a train with his sons and Robert Todd Lincoln, the son of assassinated President Abraham Lincoln.
Fun Fact: James R. Garfield was secretary of the interior under President Theodore Roosevelt (1907–1909) and promoted the conservation of natural resources.

Daughter of Alice and Theodore Roosevelt, Alice was the eldest Roosevelt child. Very popular with the American public, she was described as "rambunctious, independent, and irreverent." The Alice-Blue gown, a fashionable dress of the early 20th century, was made in her honor.
Fun Fact: Alice once described her father, Theodore Roosevelt, as a person who wanted to be "the bride at every wedding and the corpse at every funeral." 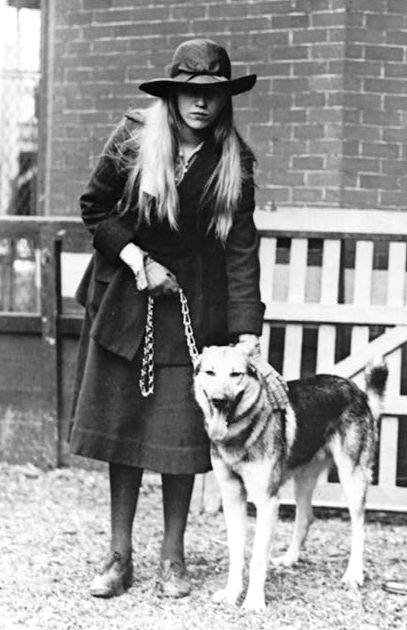 Anna Roosevelt was the oldest child of Eleanor and Franklin D. Roosevelt. She was a writer and journalist, and served as her father's personal assistant. Anna assisted her father at the Yalta Conference in 1945 during his meetings with Winston Churchill and Joseph Stalin.
Fun Fact: Anna's dog (pictured) was named Chief of the Mohawk. 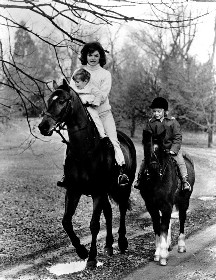 Caroline Kennedy was the daughter of Jacqueline and John F. Kennedy. She was 3 years old when her father became president in 1960. A picture of her riding a pony on the White House lawn frequently appeared in newspapers. Neil Diamond wrote the song "Sweet Caroline" in her honor; a hit in 1969, the song remains popular. Caroline Kennedy Schlossberg is now a writer and public servant.
Fun Fact: Caroline Kennedy's secret service code name was Lyric. 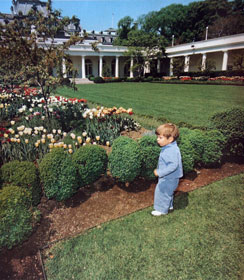 John F. Kennedy, Jr., was born a few weeks after his father, John F. Kennedy, was elected president in 1960. He was the first infant to live in the White House since Ester Cleveland was born in 1893. John never sought a life in politics, becoming a publisher and philanthropist instead. As a boy, his nickname was "John-John." He died tragically in a plane crash in 1999.
Fun Fact: John-John's code name from the secret service was Lark. 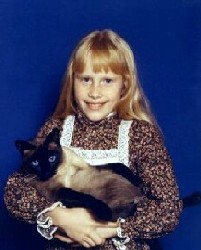 Amy Carter tried to remain out of the public eye throughout her father's career in politics. She was ten years old when her dad, Jimmy Carter, became president. A voracious reader, Amy was seldom seen without a book in hand. Her secret service code name was Dynamo. She attended Rose Hardy Middle School while in Washington, D.C. Since her time at the White House, Amy has become a political activist and published a children's book with her dad called The Little Baby Snoogle-Fleejer. Jimmy Carter wrote the book, and Amy Carter illustrated it. She is now on the board of the Carter Center, which advocates for diplomacy and human rights.
Fun Fact: Amy brought her Siamese cat Misty Malarky Ying Yang to the White House. 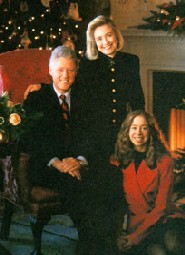 Chelsea Clinton was 12 years old when her dad, Bill Clinton, became president. Her secret service code name was Energy. Chelsea's parents, Hillary and Bill Clinton, tried to protect her from media scrutiny. She attended a private Quaker school, the Sidwell Friends School. There, Chelsea excelled in academics and sports; she played on the varsity soccer team. Since leaving the White House, Chelsea has earned several degrees, including a master's degree from University College, Oxford in International Relations. Chelsea campaigned tirelessly for her mother during her 2007– 2008 presidential run.
Fun Fact: Chelsea Clinton skipped the third grade. 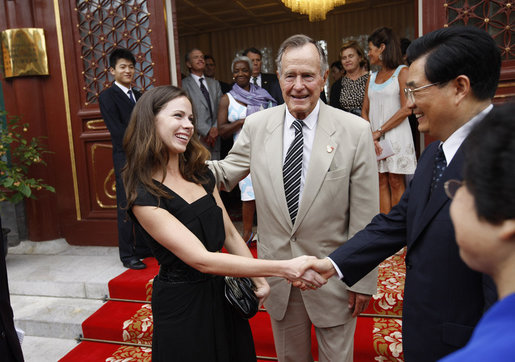 Barbara Pierce Bush was named after her paternal grandmother, a former first lady. She is the daughter of Laura and George W. Bush. Barbara and her sister, Jenna, were the first set of twins of a sitting president, and are collectively known as the first twins.
Fun Fact: The code name given to Barbara by the secret service was Turquoise. 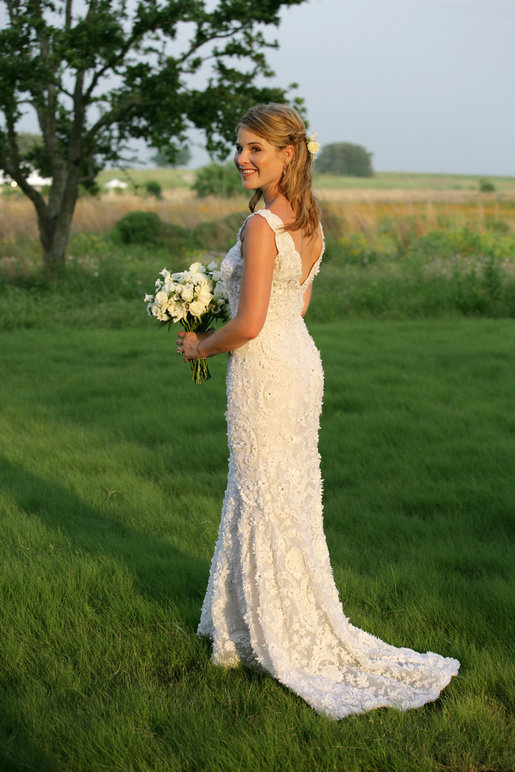 Daughter of Laura and George W. Bush, Jenna worked as an intern with the United Nations Children's Fund (UNICEF) and published a book about that experience called Ana's Story. One of the stops to promote the book was on the Ellen Degeneres Show, where Ellen convinced Jenna to call her parents during the interview. Jenna joked, "I'm not going to get anything I asked for for Christmas." Ellen reassured her, "We're not barging in while they're in their pajamas or something."
Fun Fact: Jenna's secret service code name was Twinkle.

Malia Obama is the oldest daughter of Michelle and Barack Obama. She and her sister, Sasha, began attending the Sidwell Friends School in Washington, D.C., in January 2009, shortly before their father became the 44th President of the United States. Malia Obama's secret service code name is Radiance.
Fun Fact: Malia's birthday is easy to remember; she was born on July 4th. 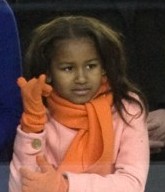 While her formal name is Natasha, the world has come to know the youngest Obama daughter by her nickname, Sasha. She was in second grade when she began attending the Sidwell Friends School in Washington, D.C., in January 2009.
Fun Fact: Sasha Obama's secret service code name is Rosebud.