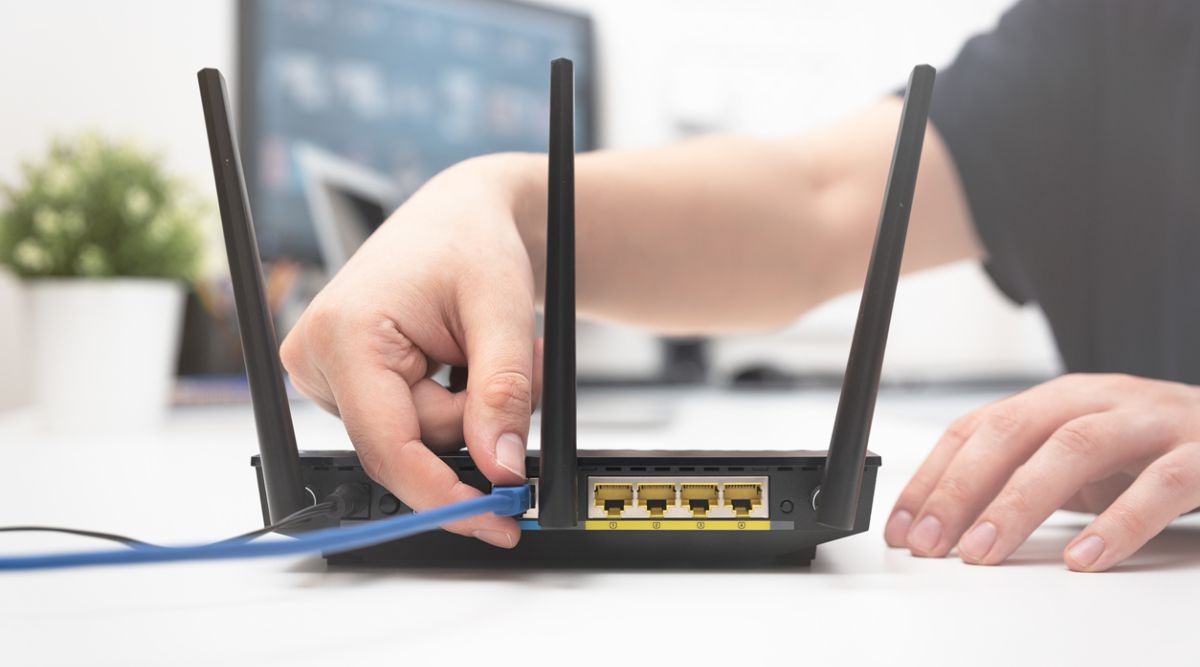 Over the course of the last 20 years the internet has exploded. Fast, consistent internet access has gone from something that’s a "nice to have" to an absolute "must have". With remote work becoming increasingly embraced (especially in the world of the COVID-19) no one wants to have a Skype call suddenly disconnect, a constantly buffering Netflix stream, or excessive lag when playing games.

At first glance, internet speed seems to be an easy problem to solve. After all, isn’t the answer simply to buy a better Wi-Fi connection with faster download and upload speeds? The reality is not everyone can afford to upgrade their internet, and faster internet connections like Verizon Fios and Google Fiber are not available in all locations.

In order to get the best out of the internet connection that’s available one can consider using a high quality ethernet cable. The right ethernet cable can ensure that you get every single kilobyte/second possible out of your internet.

Our top choice overall is the 30ft Cat8 Ethernet Cable by MofaHz (Check price and specs). Our other top choices are:

If you want to look at our other top choices to see which best suits your own needs, read on.

How to choose which ethernet cable to buy:

Choosing an ethernet cable is an important step in establishing a good internet connection. When it comes to choosing the right ethernet cable there are several items to think about.

Some examples of ethernet cable versions are "Cat 3", "Cat 5", "Cat 5e", and "Cat 6". A general rule of thumb is that the higher the number in the cable name the better the cable is. So does this mean that we should always buy the highest number cable? Not necessarily. The first thing we need to check is the speed of the internet connection available. If the question arises, "how do I know how fast my internet is?" simply Google "internet speed test" and click the test that automatically pops up. The internet speed test will give two metrics, download and upload speed. Both metrics will be in the units of megabytes per second. If download speed is lower than 10 mb/s we’re going to be fine with any of the cables that are "Cat 5" or better. If we have a much faster internet connection (think 100 mb/s or higher) then it makes sense to invest in a better ethernet cable.

We at Infoplease have a stated mission to help people find accurate, reliable information. We usually fulfill that mission by offering reference data, or by presenting educational articles. One area where there's a lot of confusion and misinformation on the internet is consumer reviews. So, we've decided to offer some useful tips and some reliable data for consumers.

As always, we want to give you the information you need. We’ve considered the experiences of people who use ethernet cables and existing reviews on top websites. But, we aim to focus on expert opinions and on the hard facts about each product.

We are not sponsored by any ethernet cable manufacturers or retailers, But, if you make a purchase through one of the links on our site, we may earn a small commission for it.

Here are our choices for the top 5 ethernet cables of 2020: 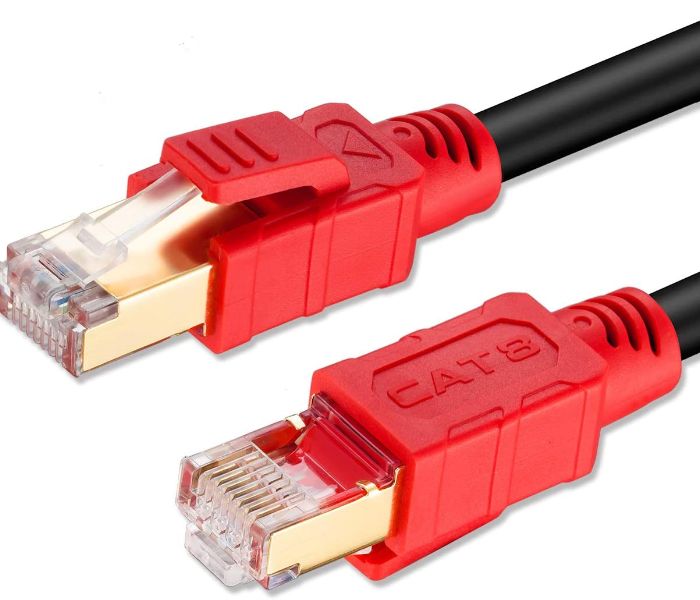 Great Performance for Every Consumer

strong> Reviews to Consider:
Amazon: "Was supposed to be getting up to 400mbps from Comcast but usually had about 90. I connected this cable from my modem to router and now it’s jumped up to 310mbps which is understandable as you lose some speed through WiFi. Still incredible difference! Don’t use the cable that came with your modem get this and you won’t be disappointed. Just make sure your modem and router are rated for higher internet speeds."

Amazon: "I have the 100 Mbps plan from my ISP and bought 2 cat 8 cables (3ft and a 50ft) connect them thru my router from downstairs > powerline adapter (Netgear PL1200) > to the Switch at the attic. Before I bought the cat 8 cables I was using a random cat 6 cables (2 flats) and was getting around 40 mbps max so I gave the cat 8's a change, once it came in the mail, installed it and later I was getting faster speed's up to 90 Mbps which was insane (even though my downstairs router gets speed over 115 Mbps) but it doesn't matter as long I get 85+ Mbps then I'm all good so I fully recommend to anyone buy the cat 8 cables." 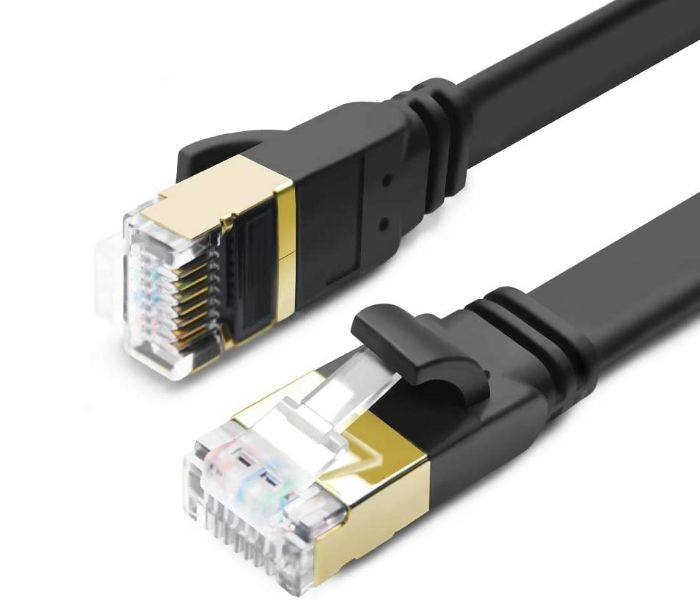 The Best of the Best

The gold plated ethernet cable represents a step up from the 25ft Cat8 cable. The speeds are similar with an internet connection supported up to 40 Gb/s. This cable allows for broader use cases with the 100ft cable length allowing lightning fast speeds even when not near a router. The gold plated end points mean the connection will look good and last long. Gold is one of the most durable materials that can be used in an ethernet cable and this cable is as durable as it is fast.

Reviews to Consider:
Amazon: "This cable works fantastic and is high-quality. Although it is difficult to measure whether or not it is truly performing at the CAT8 level of 40Gbps 2000 MHz, I recognized improvement over the CAT6 cable I replaced." 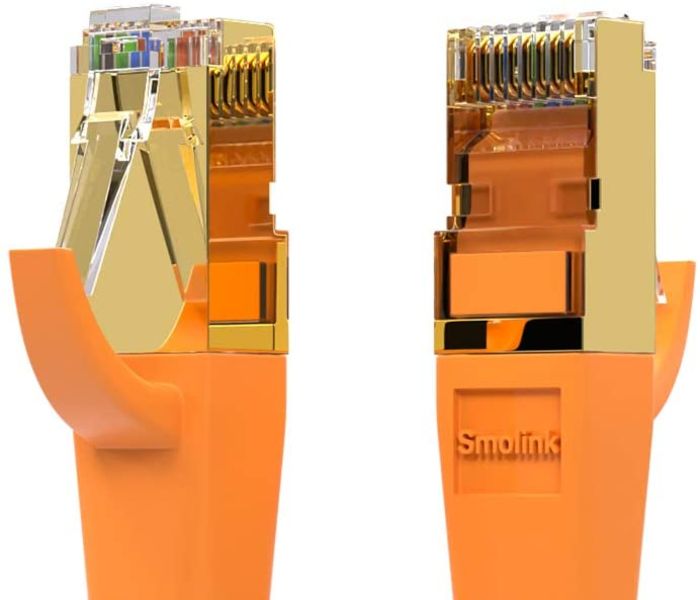 This cable is much more economical costing the purchaser only 16 dollars. With it’s length only being 6 feet, the buyer will have to make sure that their place of work is close to their router, or they risk the cable being completely useless.

Reviews to Consider:
Amazon: "This is an excellent cable that increased thru out of signal like crazy!! They delay we use to see in page refresh alone was ok with out CAT 6, but now is the fastest we have seen!! My only concern is stiffness in cabling which due to being coiled, keeps a little loop, not a big thing but one needs to be aware of it if laying across a floor so be are one does not trip. The cable itself and ends are well made, why we couldn’t make something here in USA is beyond me as this one does indicate made in China. As I use this for business and home use I can’t comment on games but otherwise an excellent cable, highly recommend!"

2. "Cat 8! Does anyone really use it yet? No probably not! LOL but nice to know I have for when I do! So to be honest I have no idea whether this can do 40gbps as it is rated but you know what the way it is built I imagine it does. It did seem to improve my ping and speed just a tinny bit on Google Fiber. So that's awesome! But overall I'd just buy this because it is a good cable!!! When I get $2000 to buy a thunderbolt 40gig card I'll let you know if it does 40g. ;-) But buy this cable it's awesome!" 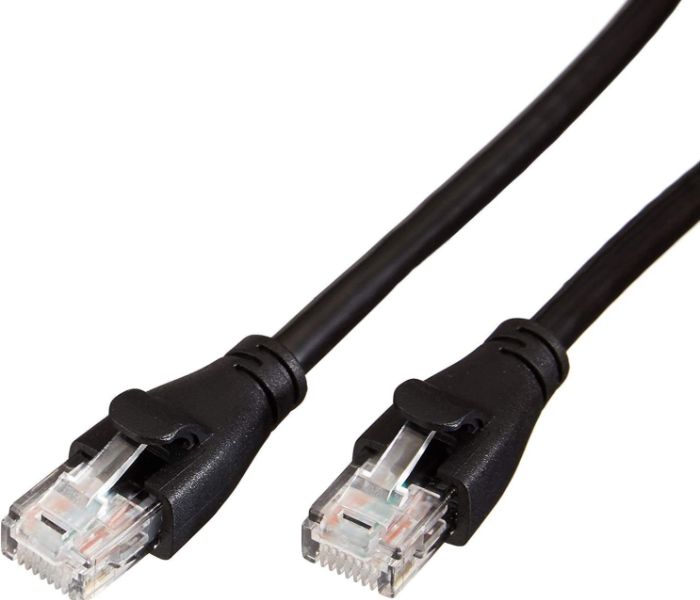 Reliable Middle of the Road

Not everyone needs a high end ethernet cable. If you’re not working with multi gigabyte per second internet speeds, 4K streams, or fast paced gaming there’s no need to use a Cat8 high end Ethernet cable. This 10 foot cable will serve the purpose for the majority of users. This is the perfect middle of the road cable that serves 90% of most internet needs.

Reviews to Consider:
Amazon: "When other manufacturers - and retailers - are charging nearly $30 for a similar cable, you need to really evaluate why they're doing this. I'll give you a hint: It's because they count on you not knowing where else to get quality cables. I purchased this cable as a replacement for a shorter cable. The longer cable was used in a hard-to reach situation where I had to previously place an Apple TV under a TV cabinet. Not ideal, which is why this cable came to the rescue. It seems durable, but it's also flexible as well.

Amazon: "I purchased this cable because I recently moved to a new apartment and decided to connect my smart TV directly to the modem instead of wireless. The cable I received is in new condition. I placed the modem in the same stand as the TV, therefore, I did not require a cable longer than 5 feet. I thought about the 3 feet cable, but noticed (after the purchase of the 5 feet one) that it was going to be too short. If you are wiring devices close to each other, unless they are located next to each other and in an unmovable position, you should get the 5 feet cable or longer. A short cable would not have been enough for my connection and to allow some reorganization of the devices in the stand. After connecting the cable, I started testing the TV. I started streaming video (Amazon Prime Video, Woo Hoo!) and did not notice any lag in response and was streaming in High Quality. The price was good. I would recommend this to other buyers." 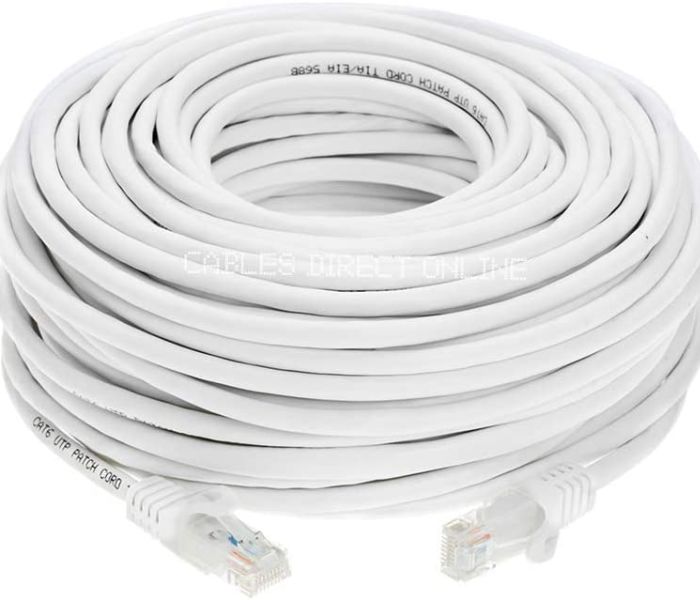 This is one of the most basic ethernet cables available. It has a high peak speed, but it's a bit more fragile so it can suffer slowdowns from damage. For those with lower speed internet needs, who need a solid utility cable that can work in a multitude of situations, this 50-foot cable is the way to go.

Some Reviews to Consider:
Amazon: "This cable is not made from the same construction as you would see in higher quality cables. This cable is much thinner, flexible and made very cheaply as compared to what I deem a normal Ethernet patch cable would be. Plastic jacket on the wire is very thin and flexible and in my opinion will not hold up to any kind of mild abuse over the test of time. That being said, the cable did test OK and does work. If you are looking for a CAT5e cable at the cheapest price and using this for home use where it will not be subject to any kind of abuse, then I would say you will be fine. The advantages would be that the cable is somewhat thinner than a commercial patch cable and would be easier to run around baseboards etc. It works, it's made cheap, it costs much less than more expensive cables. Recommend for cheap home use. Do not recommend for Commercial or Business environments. If the construction was better, would have given (5) Stars. Govern yourself accordingly."

Amazon: "Works like a boss! I needed to run it along the baseboard in my apartment, and it blends in quite nicely (almost invisible). Replaces a wireless router which suffered from multiple outages daily. Broadband capable; my modem is now the limiting factor."