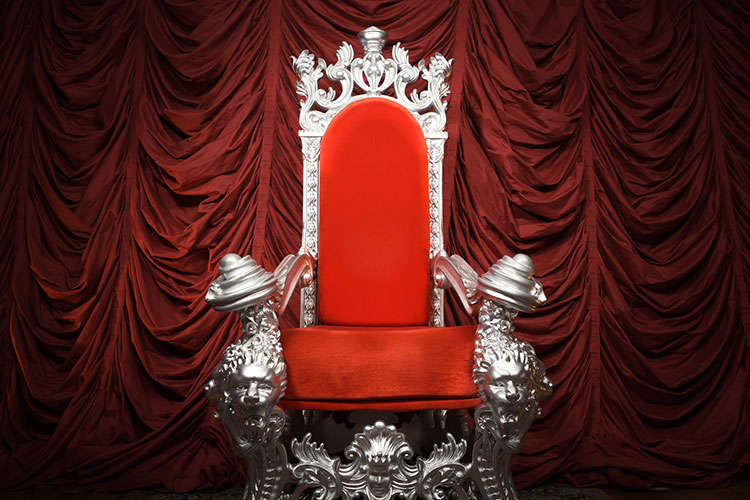 With Game of Thrones entering its seventh season let’s take a look at the three top contenders for the Iron Throne. Cersei Lannister, Jon Snow, and Daenerys Targaryen all have claim to the throne, but who will make a truly great leader?

Cersei currently sits on the Iron Throne. She was married to King Robert Baratheon - who became king by leading the a rebellion against Aerys II Targaryen, the Mad King and winning - and had three children during their marriage, before he died in a hunting accident. Now that all of her children are dead and none of them had heirs, she became Queen of Westeros. Which may not be a good thing.

Cersei is smart, she knows how to play the game and when she has power, she absolutely dominates, but when she’s trying to control the board from the sidelines she inevitably fails horribly. She had to play the part of Queen Mother and her power dwindled as she grasped for more. She tried to control her children, but Margaery Tyrell always stood in the way. Each of her plans to retain the power she had as Queen resulted in the death of each of her children. Maybe now that she has power she won’t feel the need to blow up another church, but Cersei is explosive in nature and maybe the Iron Throne isn’t the best fit for her.

Last season revealed that Jon is actually a Targaryen. He is the son of Ned Stark’s sister, Lyanna Stark, and Rhaegar Targaryen, son of the Mad King, Heir to the Iron Throne. Jon is actually the true Heir to the Iron Throne. As the only child of the Mad King’s first born son his claim to the throne is even stronger than Daenery’s. However, Jon doesn’t want to sit on the Iron Throne. He just want’s to protect the wall from White Walkers and lead the Night Watch - which he does reluctantly. Being King is so far from what Jon wants it’s almost hysterical.

Jon not wanting the throne in some ways that makes him perfect for the job. Jon takes on responsibility when it’s thrust upon him. This means even though he doesn’t want the job he will take it seriously and make sure to do the fair thing. He is always trying to be diplomatic like with the Wildlings and the Night Watch. Unfortunately, that diplomatic stint resulted in his temporary death. He also knows how to lead an army into battle. The battle between the Night Watch - with help from the Wildlings - and Ramsay Bolton’s army was intense and awesome. Jon suffered losses but he got control of the North back into the hands of their rightful rulers: The Starks.

Daenerys deserves the Iron Throne more than anyone. She is Daenerys Stormborn of House Targaryen, First of her name, Queen of the Andals and the Rhoynar and the First men, Protector of the Realm, Khaleesi of the Great Grass Sea, Unburnt, Mother of Dragons, Breaker of Chains, Queen of Mereen. You don’t earn all those titles without being a strong and powerful leader. She is the youngest child of the Mad King and, to her knowledge, the only heir to the throne. She was whisked away with her brother Viserys, who sold her to her husband Khal Drogo. While the marriage became one of love and respect between the two, she was sold for power, money and men who could fight so that Viserys would get the the throne. Her life after the death of her father and eldest brother went down the drain. She fought tooth and nail to get to where she is now.

Daenerys cares for her people, she’s ruthless, she knows what she’s doing, and has three fully grown dragons! Daenerys’s experience with the game of thrones is lacking, but now she has Tyrion Lannister as her Hand of the Queen and can help her with that part of being a leader. Even if people tried to fight her army they would lose because the Mother of Dragons would bring her babies and get taken down in a rain of fire that cannot burn her.

Game of Thrones will come to a close eventually with one of these three people on the Iron Throne. Hopefully--according to this writer--it will be Daenerys.

Disclaimer: These fun predictions about Game of Thrones are opinions of the writer and do not necessarily reflect the opinions of InfoPlease.