The world is a very busy place, and it's hard to stay on top of everything. Infoplease has got you covered. Here are the disaster news events you need to know so far for December 2021:

Droughts and Intense Snow in Areas (3)

Droughts and Intense Snow in Areas (3) 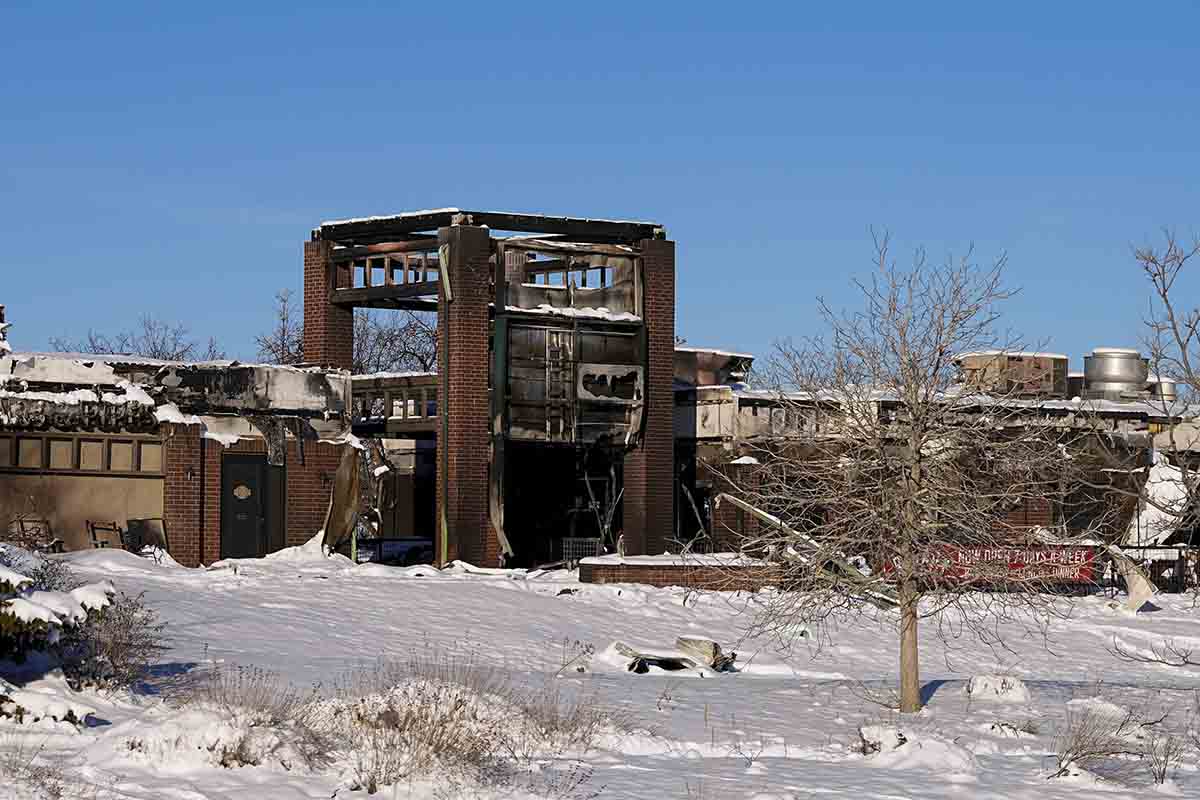 On Sunday, December 26, snow and cold prevented many people from traveling after Christmas. Most of the west has been battered with snow as Montana and Michigan saw record lows. At least 6 states are under an avalanche watch. Even parts of California saw record breaking snow records, with a 130% increase from last year.[1] The next day, it was reported that quite a few people were without power due to the snow. The snow, along with rain, in California also caused some flooded streets. In Nevada, injuries were reported after the snowstorms led to a 20-car-pileup.[2] On Monday, December 27, deadly flooding in Brazil caused thousands of people to be displaced from their homes. At least 18 people have died and 280 have been injured. Over 40 cities in Brazil were affected by the floods. Reports of heavy rainfall are still coming in.[3] On Wednesday, December 29, it was reported that the snow in California’s Sierra Nevada broke records, reaching 17 feet of snow. This is the snowiest December the area has ever seen. However, scientists worry that there won’t be many storms moving forward.[4] On Thursday, December 30, a wildfire broke out in Boulder County in Colorado. At least 3 people are feared dead. Firefighters worked quickly to put out the blaze, but hundreds of homes were still destroyed due to the fire.[5] Luckily, the next day, Colorado saw inches of snow as a storm blanketed the area. On Friday, December 31, other areas in the US were hit with severe weather, as well. Areas like Kentucky that were just ravaged by tornadoes nearly a month ago are facing more tornado warnings. Along with these warnings, southern states are also facing a cold front.[6] On Friday, December 31, all 21 people trapped on a tramway in New Mexico due to icy conditions were rescued. All those trapped have been safely brought back to base.[7]
Source: [1]CNN [2]BBC [3]CNN [4]CNN [5]CNN [6]CNN [7]CNN

Droughts and Intense Snow in Areas (2)

Droughts and Intense Snow in Areas (2) 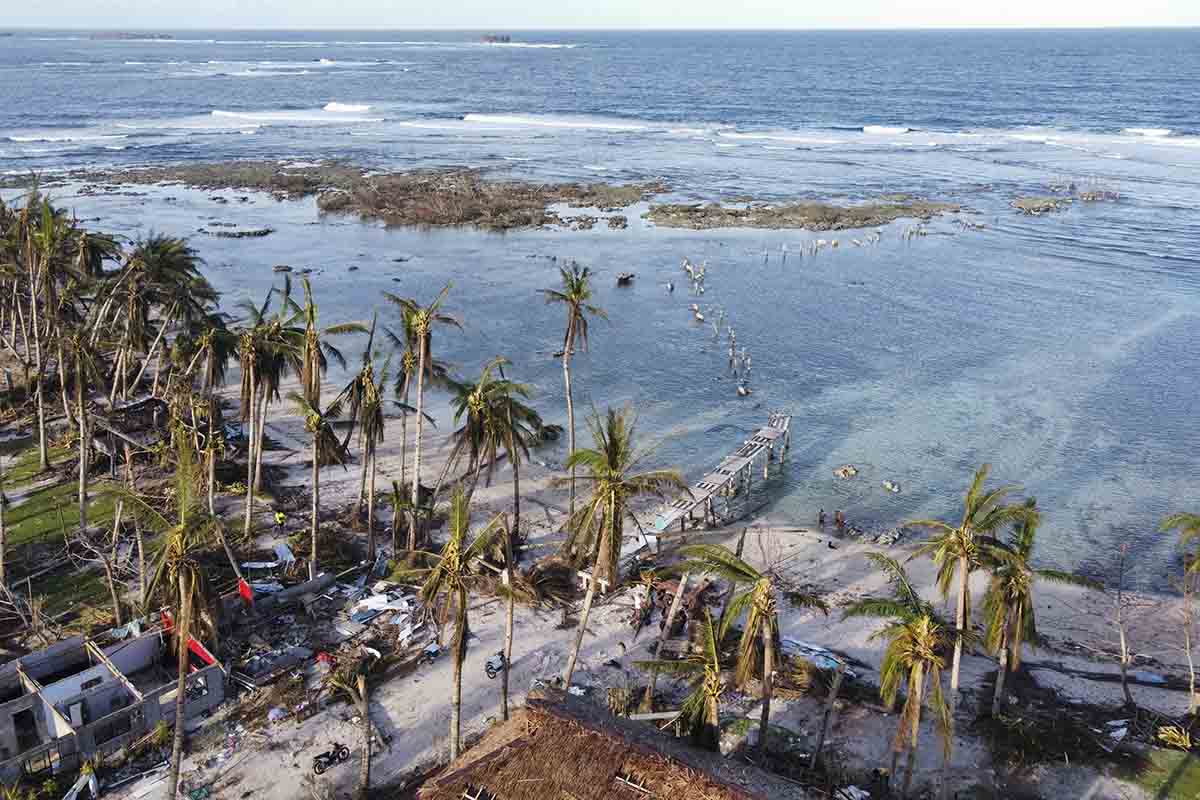 On Monday, December 20, it was revealed that the death toll from Typhoon Rai rose to 208 people thus far, with officials believing it will only increase. The strong storm made landfall on Thursday and continues to wreak havoc, making it the strongest typhoon to hit this year.[1] On Wednesday, December 22, a jade mine in Myanmar experienced a landslide, killing dozens after at least 80 people were swept away. Officials are at the site and conducting rescue missions.[2] On Saturday, December 25, Spain’s La Palma volcano’s eruption was officially declared over. The volcano has been spewing rock and ash for the last three months. More than 7.000 people have been forced to leave their homes in that time.[3]
Source: [1]CNN [2]CNN [3]BBC 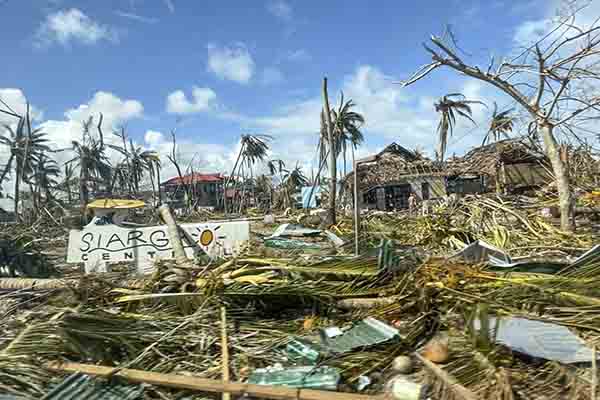 On Tuesday, December 14, a 7.3 magnitude earthquake struck off the coast of Indonesia. People in nearby towns were seen running and seeking refuge on higher grounds. The quake led to a tsunami warning, which luckily, did not culminate in any tsunamis. So far, at least 15 aftershocks have also been reported, the highest reaching a magnitude of 5.3. No buildings or houses have been severely damaged.[1] On Wednesday, December 15, President Biden announced that the feds will cover 100% of the cleanup costs in Kentucky for the next 30 days. While the tornadoes hit various states, Kentucky was hit the hardest, with many deaths and severe damages across the state.[2] On Wednesday, December 15, it was reported that Typhoon Rai continued to strengthen as it approached the Philippines. Officials predicted that the storm may become a super typhoon by the time it reaches the region.[3] On Thursday, December 16, severe storms ravaged the US, whipping winds across the Rockies and into the Plains. Minnesota saw its first ever tornado in the month of December. Iowa and Nebraska also saw reports of possible tornadoes. Parts of Colorado saw winds as high as 107 mph. The unusual winds came just days after an 8-state tornado outbreak and the deadliest December tornado ever seen in the US.[4] On Friday, December 17, overnight flash floods in Iraq killed at least 12 people. Several people have also been reported missing, as missions to rescue them are underway.[5] On Saturday, December 18, Typhoon Rai officially made landfall in the Philippines, as officials fear dozens to be dead. Over 30 people were swept away by the storm. Only four deaths have actually been confirmed as rescue missions continue.[6]
Source: [1]CNN [2]CNN [3]CNN [4]CNN [5]CNN [6]BBC 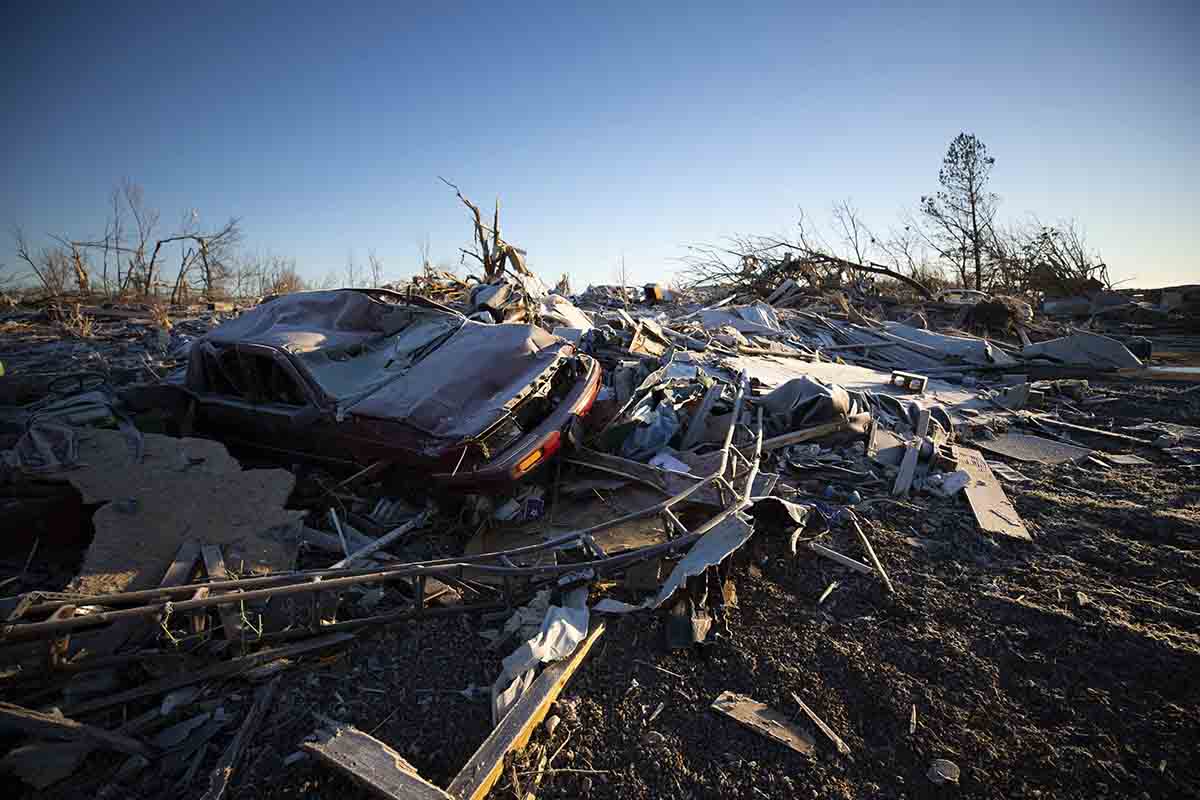 On Monday, December 6, the National Weather Service announced that Hawaii could experience catastrophic flooding after the region saw blizzards for a few days prior. About 10 to 15 inches of rainfall is expected. Officials have also closed some highways in anticipation of landslides.[1] On Monday, December 6, workers in Indonesia continued to search through thick layers of rubble after the eruption of Mount Semeru. The death toll rose to at least 15 people, with 27 more marked as missing. More than 1,700 people have been evacuated.[2] On Wednesday, December 8, a swarm of 40 earthquakes, all ranging from 3.5 to 5.8 magnitude, struck Oregon. Most of the earthquakes reported were 200 miles west of the coastal town Newport. Fortunately, none of the quakes have caused damage or triggered a tsunami alert.[3] On Friday, December 11, at least six tornadoes tore through the southern states of the US. At least 84 people are dead due to the tornadoes: 70 in Kentucky, 2 in Arkansas, 4 in Tennessee, 6 in Illinois, and 2 in Missouri. Thousands of buildings have also been damaged, as well as poultry farms.[4] The 6 deaths in Illinois were caused by the collapse of an Amazon warehouse building. Jeff Bezos has announced his support for the affected area.[5]
Source: [1]CNN [2]CNN [3]CNN [4]CNN [5]CNN 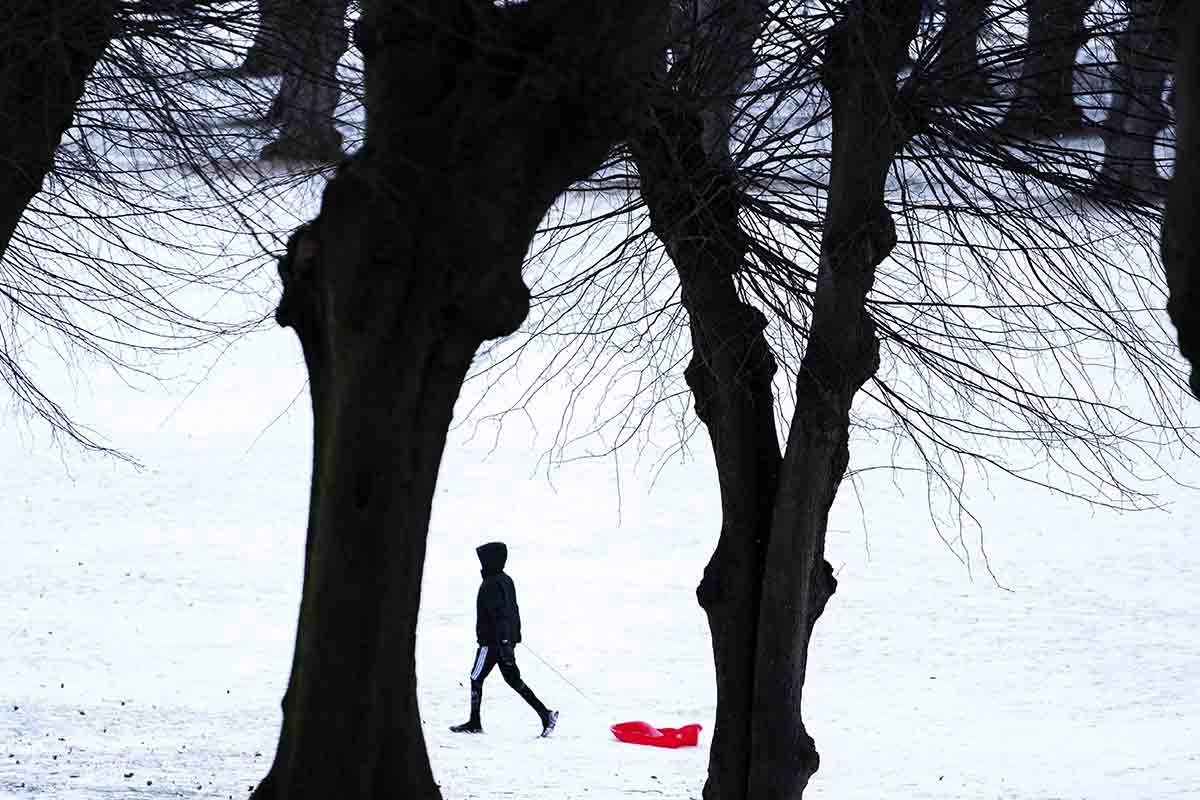 On Wednesday, December 1, it was reported that 26 million people are struggling for food due to a drought in the Horn of Africa. The lack of rainfall is so bad, livestock is dying in alarming numbers, creating the food shortage. Experts believe this will continue into mid-2022.[1] On Thursday, December 2, staff and customers were stranded in an Ikea store overnight due to heavy snow in Denmark. At least 25 people had the ultimate sleepover after becoming stranded. Elsewhere in the area, at least 300 people were stranded in the airport. Police have advised against driving due to the snow.[2] On Friday, December 3, it was reported that only two US states are under blizzard warnings, something that is highly unusual. The two states, Alaska and Hawaii are much colder than they’ve been previously and are expected to get a lot of snow. Shockingly, Hawaii has had more snowfall this season than Denver, Colorado.[3] On Saturday, December 4, residents in Indonesia fled as a volcano erupted. At least one person died from the explosion and dozens more were injured. Villages nearby were covered in smoke and ash. The smoke has hampered evacuation and rescue efforts.[4]
Source: [1]BBC [2]BBC [3]CNN [4]BBC