The term "hero" is perhaps overused today, but these guys were the originals. The mythology of ancient Greece was filled with great heroes who slew monsters, battled whole armies, and loved (and lost) beautiful women. The full stories often reveal Hercules, Achilles, Perseus and others to be imperfect characters ... but their names have lived on for millennia. 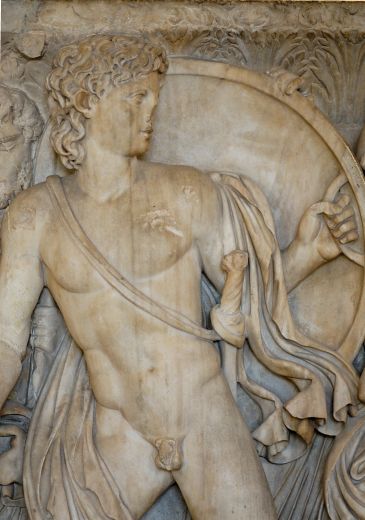 As an infant Achilles' mother dipped him into the River Styx, which made him invulnerable everywhere but the heel by which she held him. For ten years Achilles was a great hero in the Trojan War for the Greeks. But in the end, Paris, son of the Trojan king, fatally wounded Achilles in the heel. Today, the tendon that connects the calf muscles to the heel bone is called the Achilles tendon, and a small but dangerous weakness is known as an "Achilles heel."