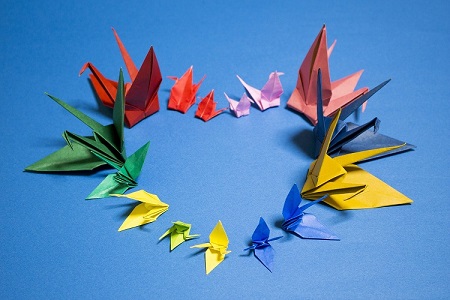 If you're a traditionalist at heart, you might be searching for just the right gift for your spouse or favorite couple. Look no further.

But how did the tradition of wedding anniversary gifts begin? When did copper become the gift for 12-and-a-half years of marriage?

The tradition of exchanging wedding gifts dates back to 18th century Germany, when wives were presented with a silver wreath on her 25th anniversary and a gold wreath on her 50th wedding anniversary.

The tradition didn’t catch on in English-speaking nations until later in the 19th century, during the reign of Victoria, whose husband Albert, Prince of Hannover, brought many of his German traditions with him to England.

Victorian England also ushered in a new concept in match-making: the idea of marrying for love. Because a marriage based solely on love ran a much higher risk of breaking up, people celebrated those that lasted with symbolic gifts.

By the mid- to late-1800s, reference sources like The (Old) Farmer’s Almanac and Brewer’s Dictionary of Phrase and Fable included complete listings of materials and their corresponding years -- sugar at one month, paper at a year, tin at 10 years, copper at 12-and-a-half, and so on.