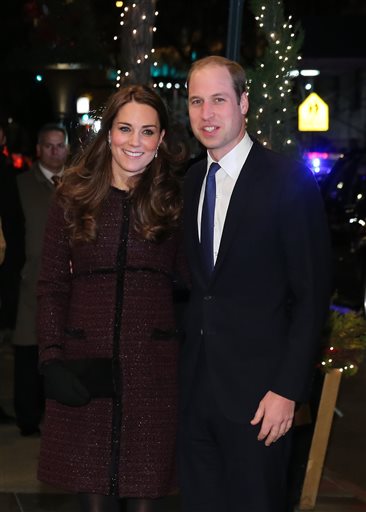 On July 22, 2013, Catherine, Duchess of Cambridge, gave birth to a baby boy named George Alexander Louis. The baby was born at 4:24 p.m. and weighed 8 pounds 6 ounces. Catherine gave birth in the private Lindo Wing of St. Mary's Hospital in London, the same place where Prince William was born.

However, the first to know about the royal baby was Queen Elizabeth II. She received a phone call from Prince William. Then Prime Minister David Cameron and the governors general of all the commonwealth nations were notified along with both the royal family and Catherine's family. After that, the official public announcement was sent to Buckingham Palace and displayed.

Heir to the Throne

The baby's name was announced two days after his birth. George Alexander Louis would also have the title His Royal Highness Prince George of Cambridge and would be third in line to the throne, following Prince Charles and Prince William. Due to a rule change in 2011 that ended the long-standing tradition that the crown was only bestowed on a daughter when there were no sons, Prince William and Catherine's baby would have been third in line to the throne no matter the gender, because the baby was their first born.

Prince William and Catherine weren't the only happy couple to receive baby gifts. Any baby born in Britain on July 22, 2013, would receive a silver penny from the Royal Mint.

Catherine gave birth to her second child, a girl Charlotte Elizabeth Diana, on May 2, 2015. She weighed 8lbs 3oz. Princess Charlotte of Cambridge, her official title, was fourth in line to succeed Queen Elizabeth II, her great-grandmother.