The Books of the Bible: Old & New Testament in Order 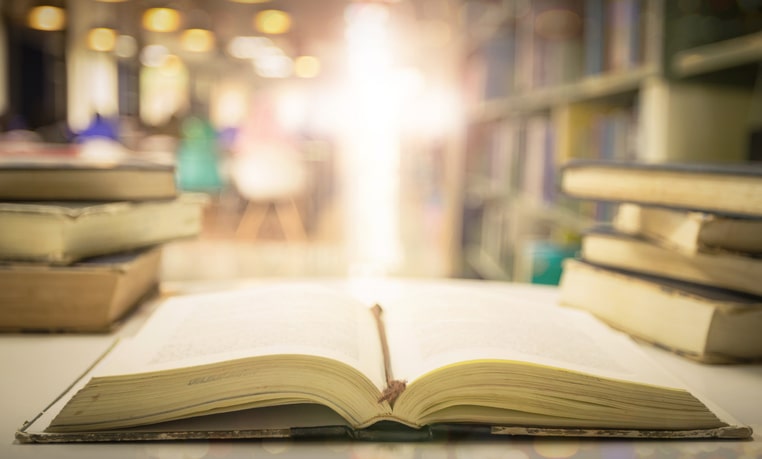 As a religious canon or collection of scriptures for the Christian faithful, the books of the bible are important. Whether for study or interest, find a full list of Bible books in order, what it means to have the books of the Bible in chronological order, and a brief overview of their history.

What Are the Books of the Bible, or Ta Biblia?

The Bible is long and complicated, so it can be a bit hard to keep it all straight. The scriptures contain hundreds of stories over generations. Christian Bibles, which borrow heavily from the Hebrew Tanakh, are broken down into different books; we've presented the full list of books in order for your reference.

As we discuss below, different traditions count different books and order them differently. We've decided to present them here in the order used in most mainline Protestant Bibles, as those are the most common variety in the United States where we're based.

Looking to broaden your religion reading? Check out our list of the best books on Buddhism.

What Are the 46 Books of the Old Testament in Order?

What Are the Books of the New Testament in Order?

The Apocryphal and Deuterocanonical Books

The Hebrew Scriptures & the Old Testament

The first books in the Christian bible are the holy books of the Jewish faith, collected in the Tanakh. "Tanakh" is an acronym of the three major division of the Hebrew holy book--the Torah ("teachings," also known to Christians by the Greek name "the Pentateuch" or "five books"), Nevi'im ("prophets"), and Ketuvim ("writings"). In Christian traditions these books are called "the Old Testament." The Jewish faith also adheres to the teachings in the Talmud, rabbinical commentaries on the Tanakh; unlike the Tanakh, Christian scripture does not recognize the Talmud.

Different Christian traditions acknowledge different books of the Bible as canonical. The Tanakh includes only 24 books, while mainline Protestant bibles inclue 39*, Catholics include 46, and Eastern Orthodox groups include 49. The books included in some bibles and not others are called Apocrypha or Deuterocanonical; this means either that they are not canon, or that they are less canonical than primary canon.

*Protestant bibles do not include more material than Hebrew bibles, but they divide the book of the 12 minor prophets into 12 different books, as well as dividing the book of Ezra-Nehemiah into the books of Ezra and Nehemiah, and the book of Chronicles into 1 Chronicles and 2 Chronicles. All Christian bibles, however, are ordered differently than the Tanakh.

The Five Books of Moses/the Pentateuch

The only set of books included in each list of Old Testament books, all forms of the Tanakh, and the Old Testament, in the same order, is the Torah or Pentateuch. These five books, the five books of Moses, are the first and arguably most important books in the scripture.

An Overview of the Old Testament & the New Testament Books

The Old Testament begins with the book of Genesis, which tells the story of how the world was created, and how God anointed his chosen people and taught them how to live. This includes famous stories like those of Adam and Eve, Cain and Abel, and Noah's Ark.

After Genesis, the different books of the Old Testament relate the trials of the Israelites as they endure centuries of enslavement or captivity under different empires. There is a general pattern where God sends a prophet to teach the Israelites how to live and to lead them from hardship, but over time they lose faith and find themselves suffering new hardships. The most famous example is Moses leading his people out of slavery in Egypt--the people are impious and must wander the desert for forty years before their descendants can enter the promised land.

Some of the other important episodes from the Old Testament include the rise of King David, the building of the Temple in Jerusalem, and the Babylonian Captivity. The Old Testament also includes various sayings and songs about morality, god, and other esoteric subjects.

The New Testament is concerned with the life and teachings of Jesus Christ, which are the basis for Christianity. His life story is told in the four Gospels (which comes from the Old English for "good news"). Almost all of the other books are letters written by Saint Paul or other Christian teachers, discussing their beliefs or giving advice.

The last book of the New Testament is the Book of Revelation, written by John the Apostle, which recounts an apocalyptic vision of the End of Days. The most important event discussed in Revelation is the Second Coming of Christ, although most of the events in Revelation are controversial in their meaning.

What Is the Bible Language: Notes on Biblical Terms

There are a few cases of terms that crop up a lot in the books of the bible, but that get confused in everyday language. We just want to focus in on two; the different terms for "God's chosen people" in the Bible, and how God is identified and named.

The terms "Hebrew," "Jew," and "Israelite" are often used interchangeably, but they do mean slightly different things, as addressed in this informative post from Chabad.

The first person identified as a Hebrew is Abraham, and so in a sense the Hebrews are descendants of Abraham. More specifically, the etymology of Hebrew implies an individual who is across or has crossed something, and so it is often used to describe the people of Abraham when not in Israel/Canaan, and when resisting cultural pressures and temptations from outside groups. Joseph is called a Hebrew when in Egypt. Lastly, Hebrew is often used to refer to the Hebrew-speaking Jews of Roman Judaea.

Israelite more specifically refers to descendants of Jacob or Israel, the ancestor of the twelve tribes of Israel who later would be split between the kingdoms of Israel and Judah. It is important to note that Israelite is different from the current national demonym Israeli, indicating a person from the country of Israel.

Jew, lastly, refers to the people of Judah, and then after the Babylonian exile to Israelites more broadly due to cultural and religious importance of Judah. In general, Jew or Jewish person is used to refer to a person who practices Judaism or is part of the Jewish community. Due to its invective use by anti-semites, the word "Jew" by itself can sometimes sound harsh or rude, but there are many cases in which it's perfectly neutral and appropriate.

The Name of God

In the Tanakh, God is identified with the seven different names. Per tradition, these are to be treated with extreme reverence; you shouldn't erase or damage them when written down. For that matter, despite our academic use of them here, you're not supposed to write them down too often either.

The most significant name for God in the Tanakh is the Tetragrammaton, or the four letters. The four letters are transliterated as YHWH. In Latin, since the letter J originally was pronounced like a Y or I, and the letter V sounded like a W, this was written JHVH (from which we get "Jehovah," as in the Witnesses). Since you're not supposed to write the name down too often, it's common to change a letter (in English this is often written as G-d) or to space the letters, like Y-H-W-H.

Especially in Judaism, but in many Christian traditions as well, you are not supposed to pronounce the Tetragrammaton. When referring to the name itself, one would typically same HaShem ("The Name" in Hebrew). When reading the four letters, it is pronounced Adonai (or "The Lord"). If the word "Lord" is already next to the four letters, you would say Elohim. This is how we arrive at the common English phrase "the Lord God."